It’s difficult to juggle marriage and parenting at the same time, but it’s a woman’s job to be a wife to her husband and be a mother to her kids. After all the sacrifices our mothers do for us, I do agree that every once in a while, they too, deserve a break.

The woman in this story is married, but her husband lets her have a night on her own. Like most attractive women, men usually hit on her despite seeing the ring on her finger. Incidents like these can be flattering for a married woman, but it could also be a dangerous game to play. For this woman, however, being hit on a bar made her realize something vital about her marriage.

Most men would probably go berserk if they knew this happens to their wives. If you were this woman’s husband, how would you respond to such a scenario? Before you react, though, read this first because, it might be something that you and your wife need right now. 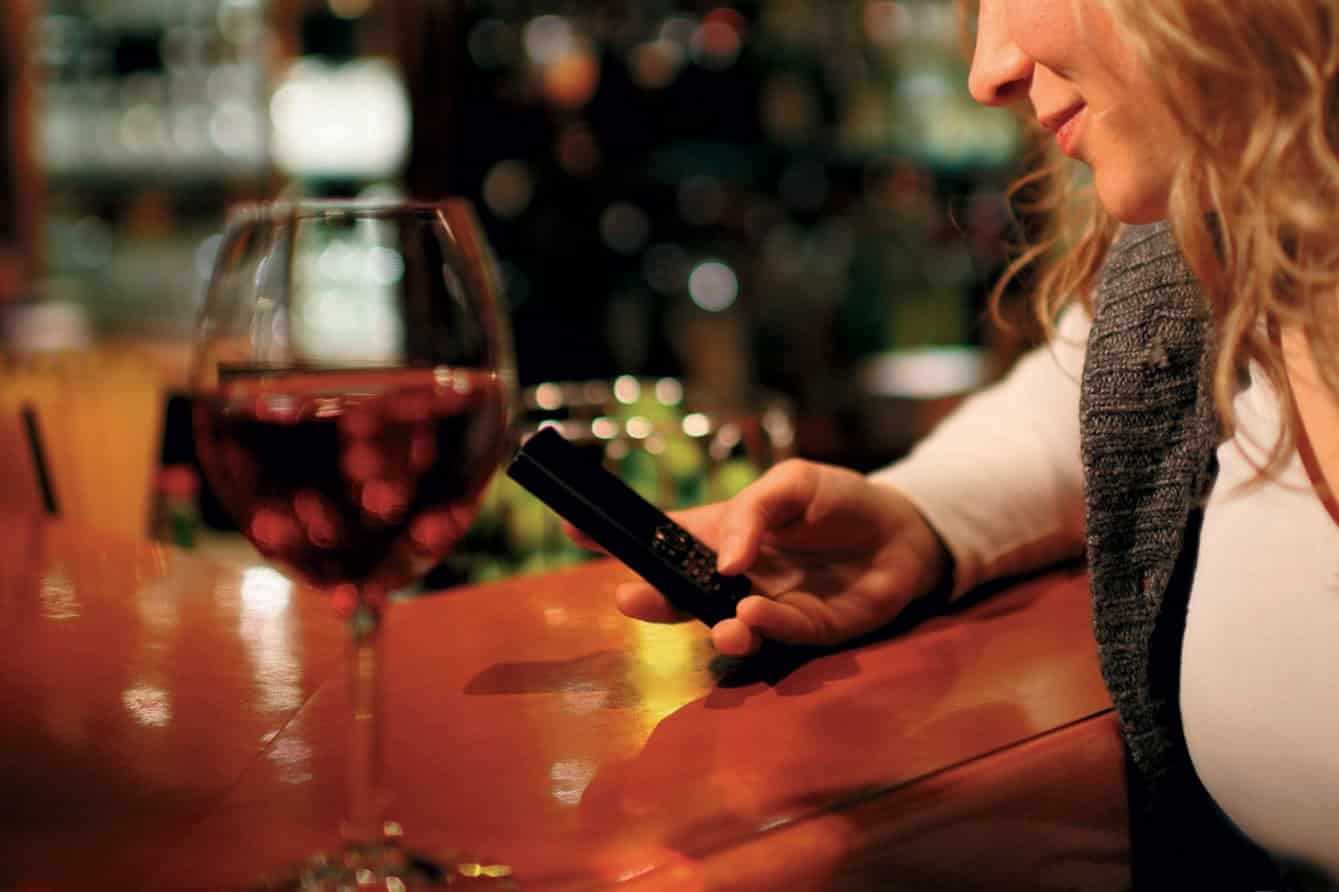 The other night I was out at the bar, enjoying some time away from the house and the kids. I’m a stay at home mom, so every couple of weeks I need a break. NEED.

I like to go out singing at my favorite karaoke bar. It lets me stretch out in my own skin for a while without any demands being made of me. It’s rejuvenating.

Since my favorite hobby happens to take place at a bar, I do get hit on from time to time. 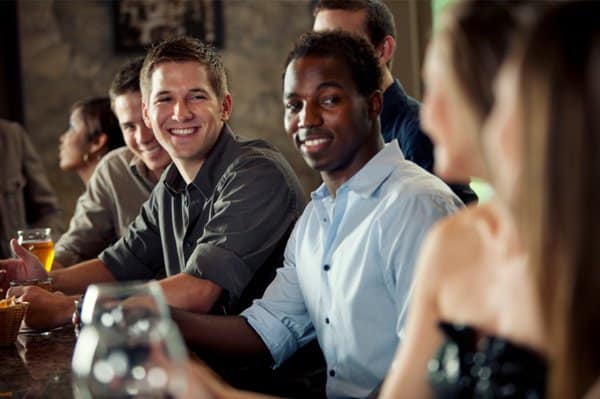 After ten years of marriage, I’ve gotten used to explaining to guys that I’m not only married, I’m committed-married. One would think a gold band on the third finger of the left hand would do it, but more often than not it simply elicits questions like, “Well, does that matter?” or “If you’re married, why isn’t your husband here with you?” – as if to imply that married people aren’t allowed hobbies of their own or time apart.

This last time I was out, however, I had an experience that changed the way I think about my answer to those questions. 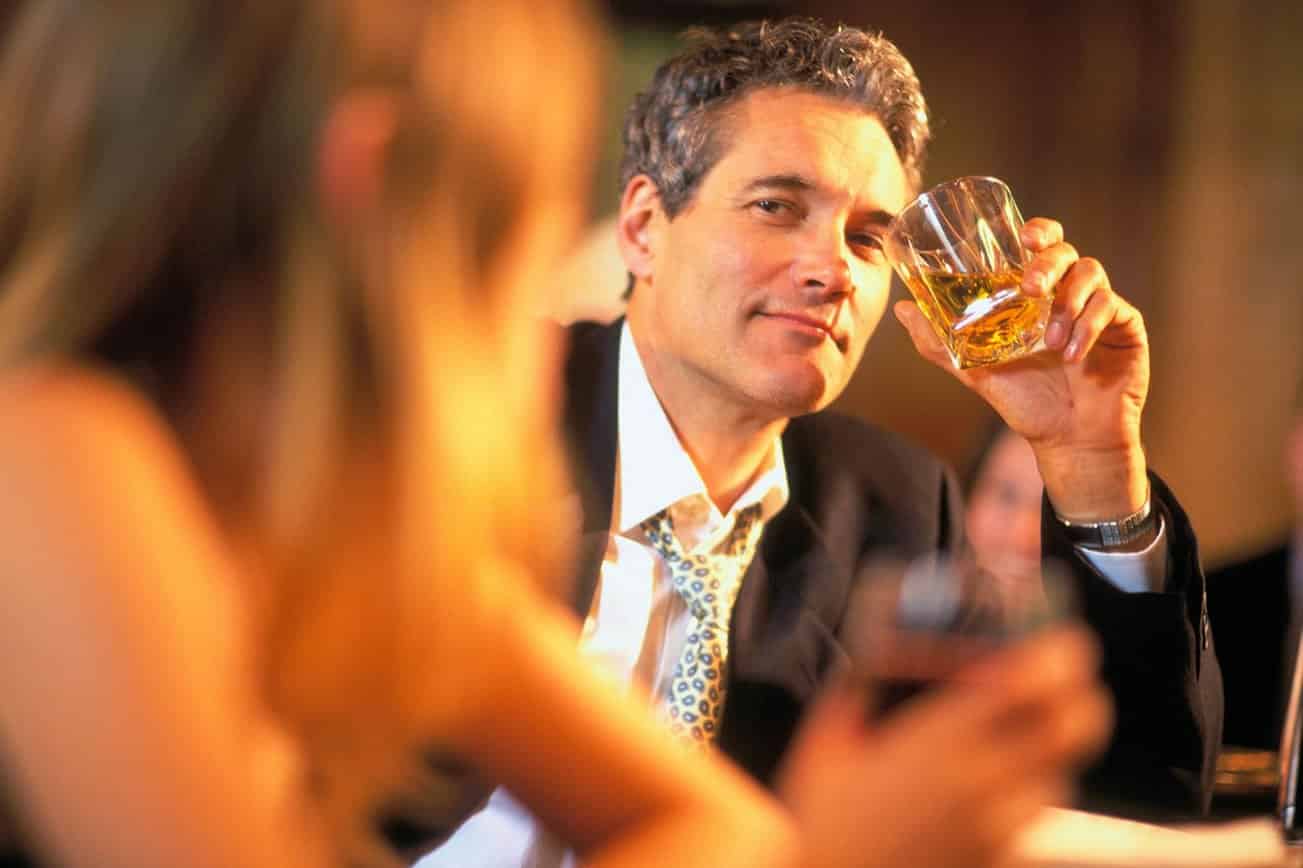 A nice man (and, yes, married people can find other people nice) was chatting with me when suddenly the questions shifted a bit and I could tell he was starting to feel out if I was available. He was polite about it, and after I told him I was married, he asked, “Do you think it’s forever?” 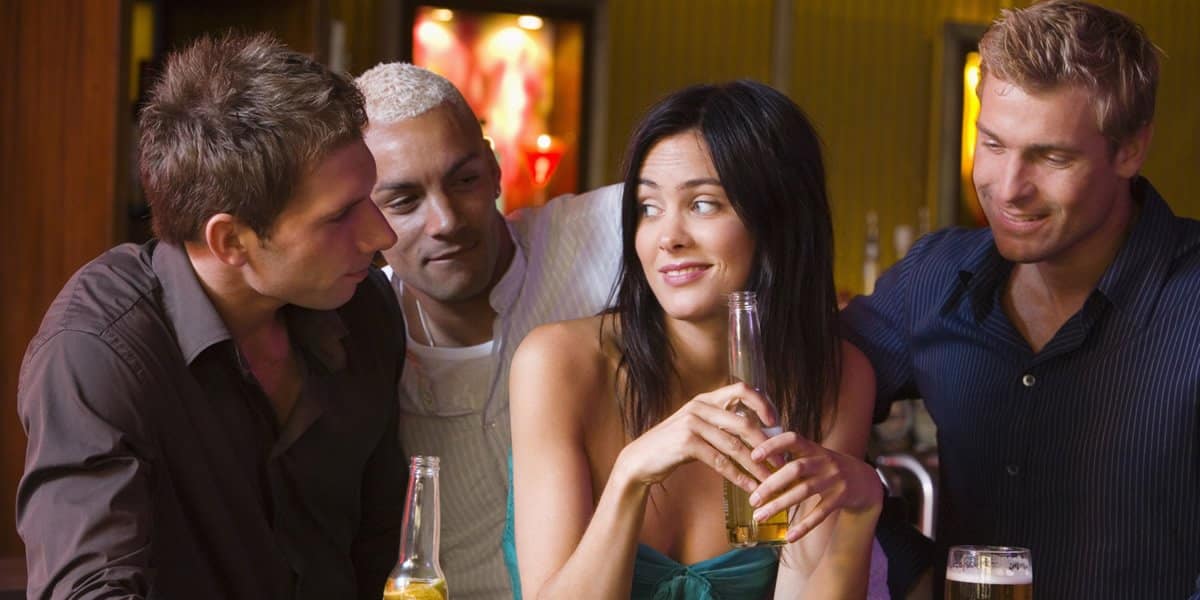 I’d never been asked that before, in that context. My reflex response was, “Well, yes – he’s my best friend!” I then talked for a bit about our life together, and some of the high-level stuff that made this a “forever” marriage.

That night as I drove home, though, the question came back to me. I thought about it’s implications some more, and I had some really beautiful revelations. 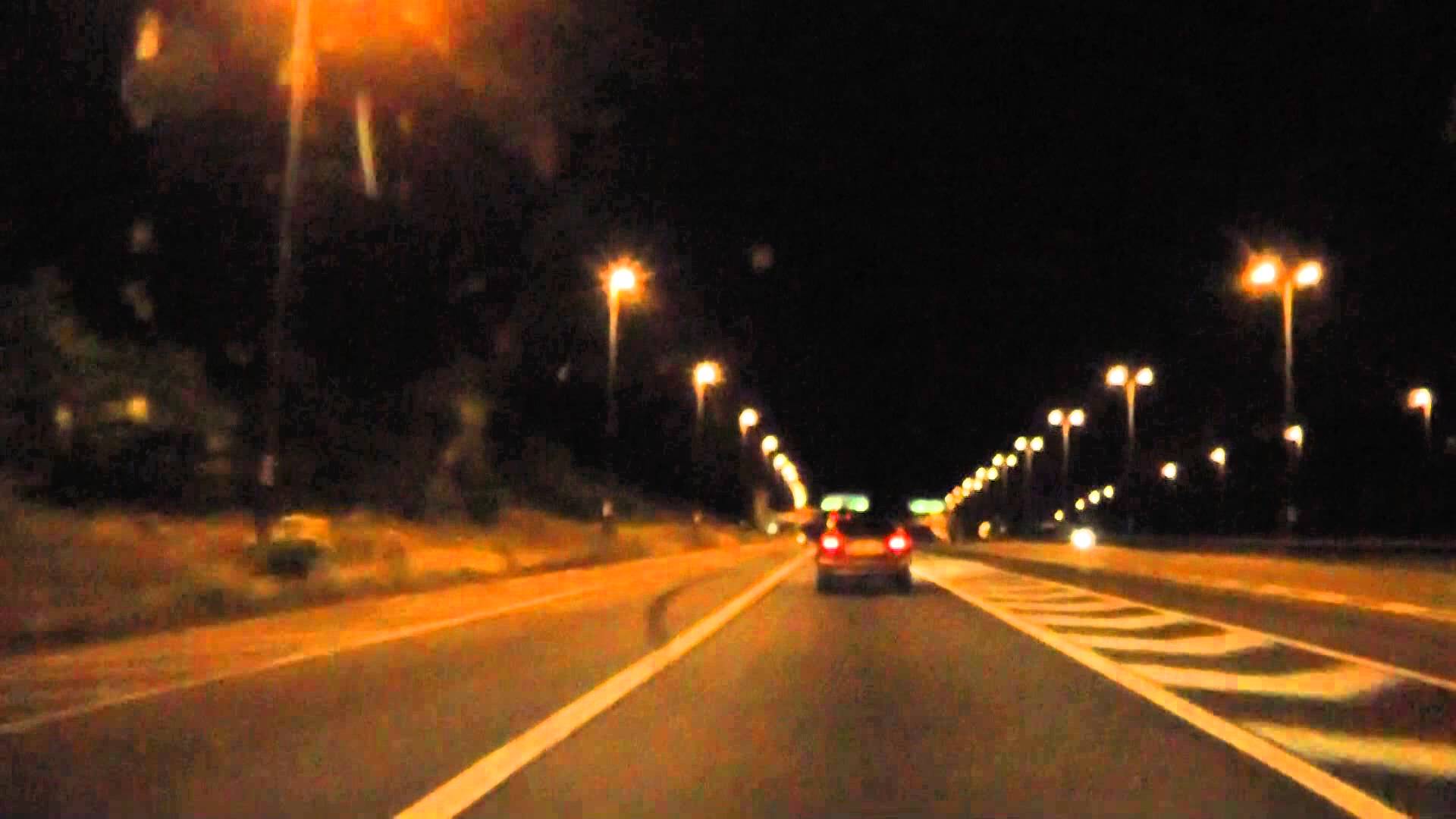 This is a forever marriage.

He truly is my best friend.

I can be out in the world and see other people who are attractive, intelligent, engaging, and fun, but they are all of those things in that moment.

My husband is all of those things to me, forever. 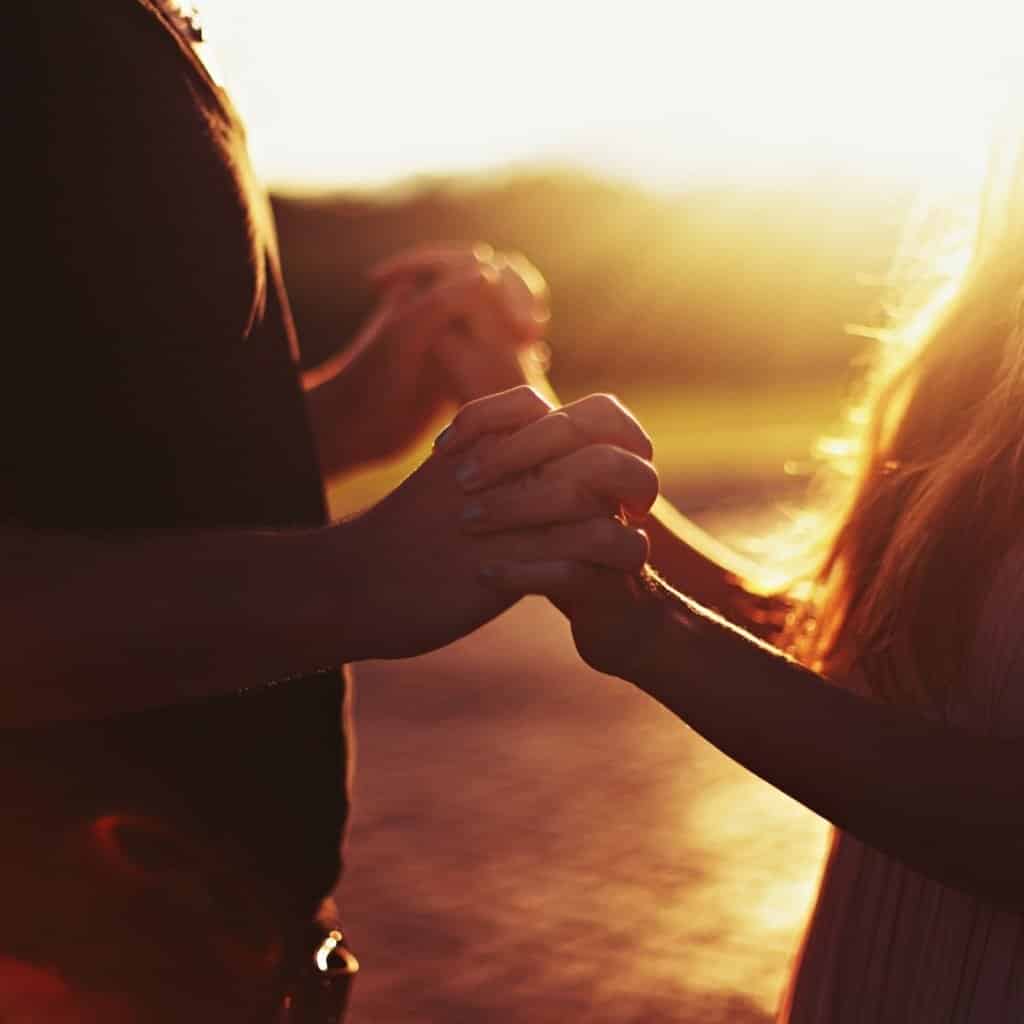 The man I’ve met in the moment has no idea which album is my favorite to listen to on Sunday morning while we make brunch.

He doesn’t know how to push my buttons by purposely mispronouncing words, or the hilarious arguments that can invoke.

He doesn’t know that when I grab his hand in a certain way, what I’m asking for is an epic thumb wrestling war. 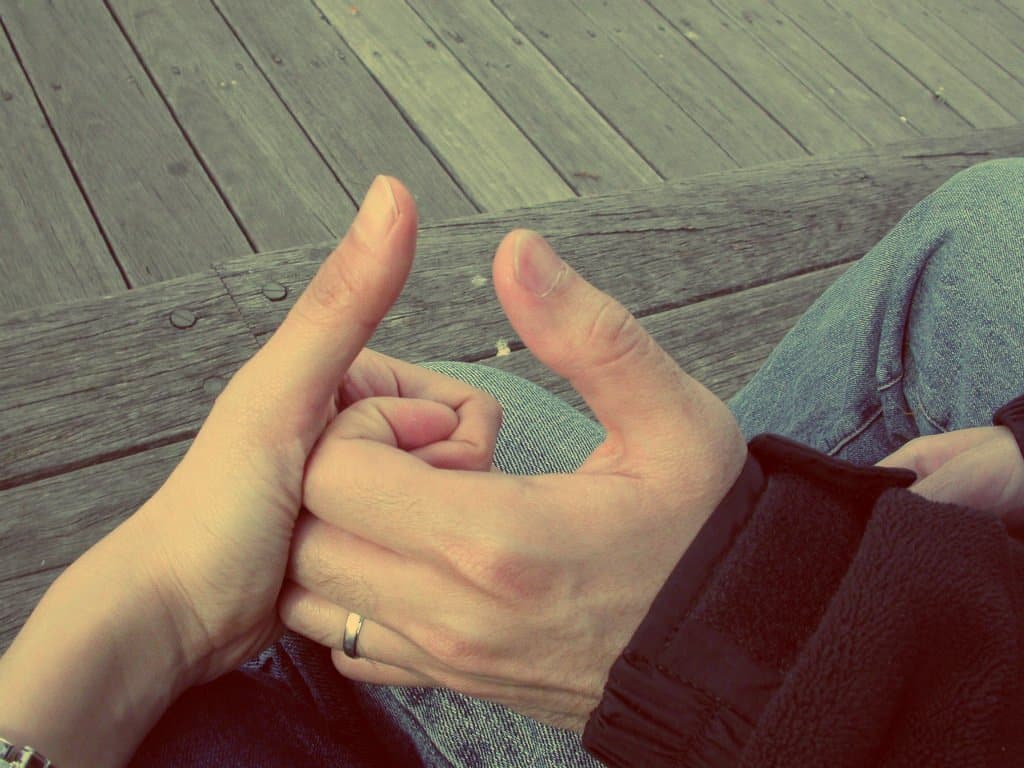 He couldn’t possibly know the words to the song we made up about our old dog, sung to the tune of I’m a Little Teapot.

This man I’ve just met doesn’t know that I can be depressed in the winter and that I need a little extra emotional support over the months of February and March.

Or that I can be an explosive rage monster when I’m stressed out. 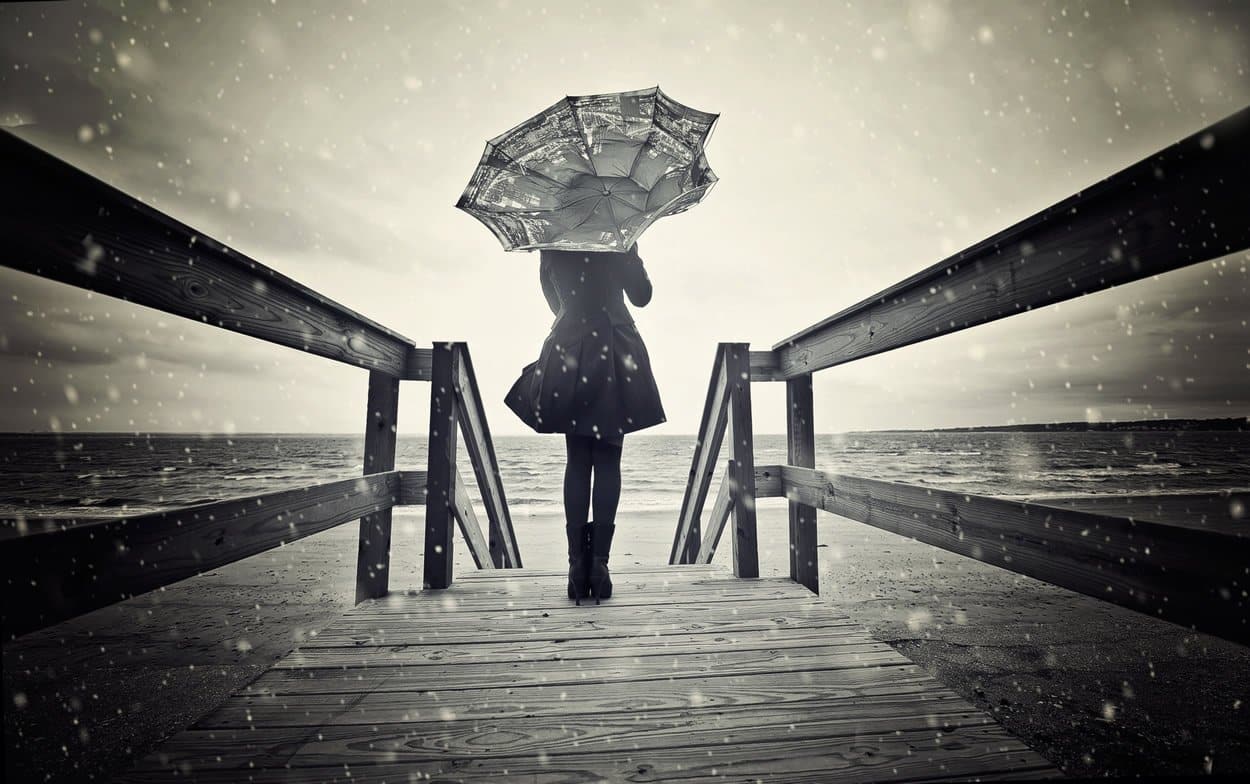 He sure as hell wasn’t there to keep our family from starving to death when we were homeless for a time in 2009.

He hasn’t put in the long hours of grueling work so his children could be raised at home by one of their own parents, which we agreed to do from the time we first discussed having a family together.

He didn’t intuitively know how to push a pressure point in my back during labor to ease my tension and make for an amazing, spiritual birth of our son. 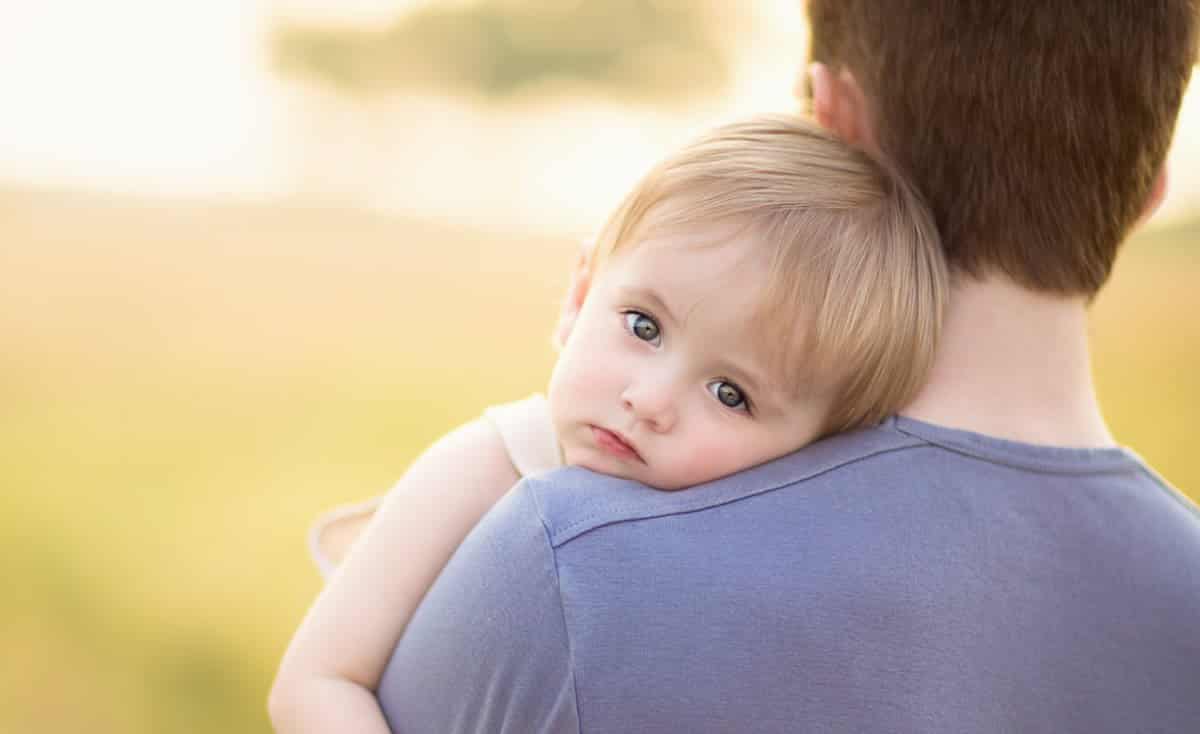 He certainly didn’t conceive that son with me on a cold Valentine’s night on a crappy old mattress on the floor of a crappy old apartment that perpetually smelled like pot from the neighbors down the hall.

It was the first place we lived with four solid walls after losing our house, and it felt like a mansion. 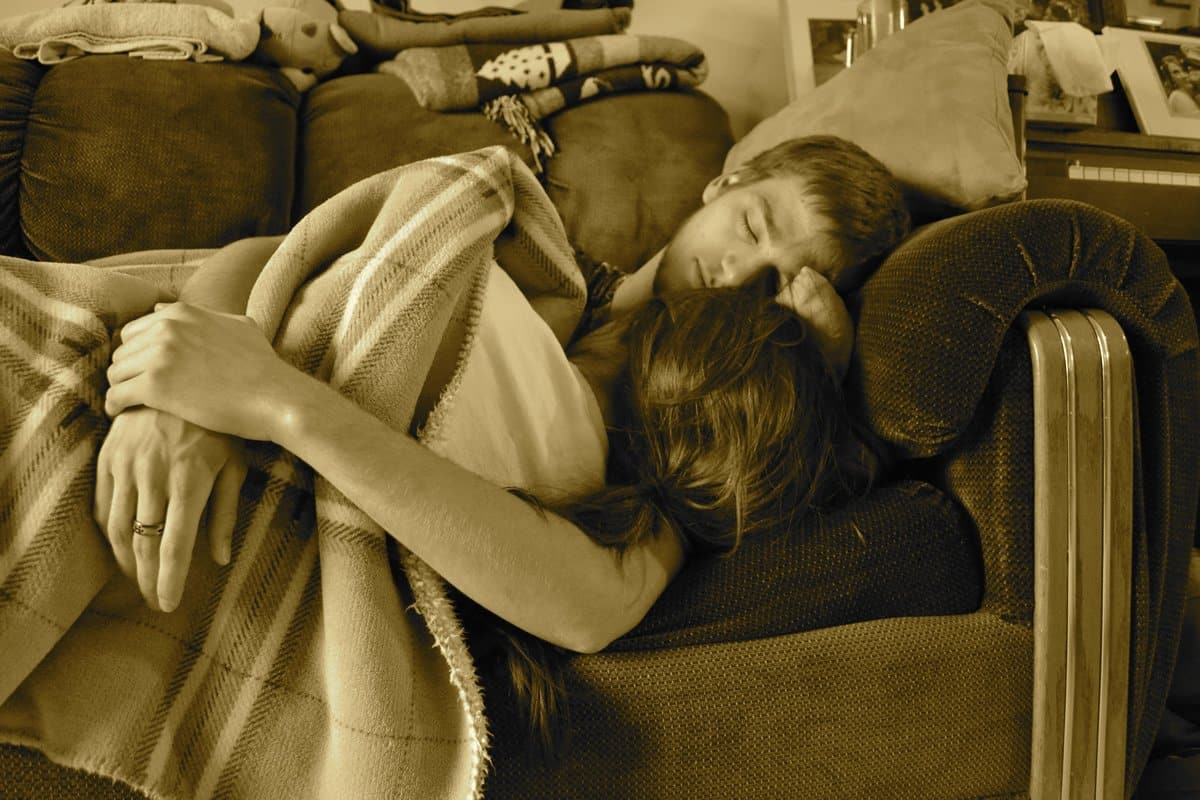 I’ve always known that we have a “forever” marriage (day by day we choose to make it so), but until I was asked that question in that context, I hadn’t really thought about the entirety of what was behind my response when I’d say, “I’m married.”

The guys who ask, “Are you happy?” are asking about now. And, truthfully, not every moment of a marriage is going to be happy. That question doesn’t examine where you’ve been or where you’re going. It asks you about now, because the goal for them is for satisfaction now. But, I never answer the question in the “now.” 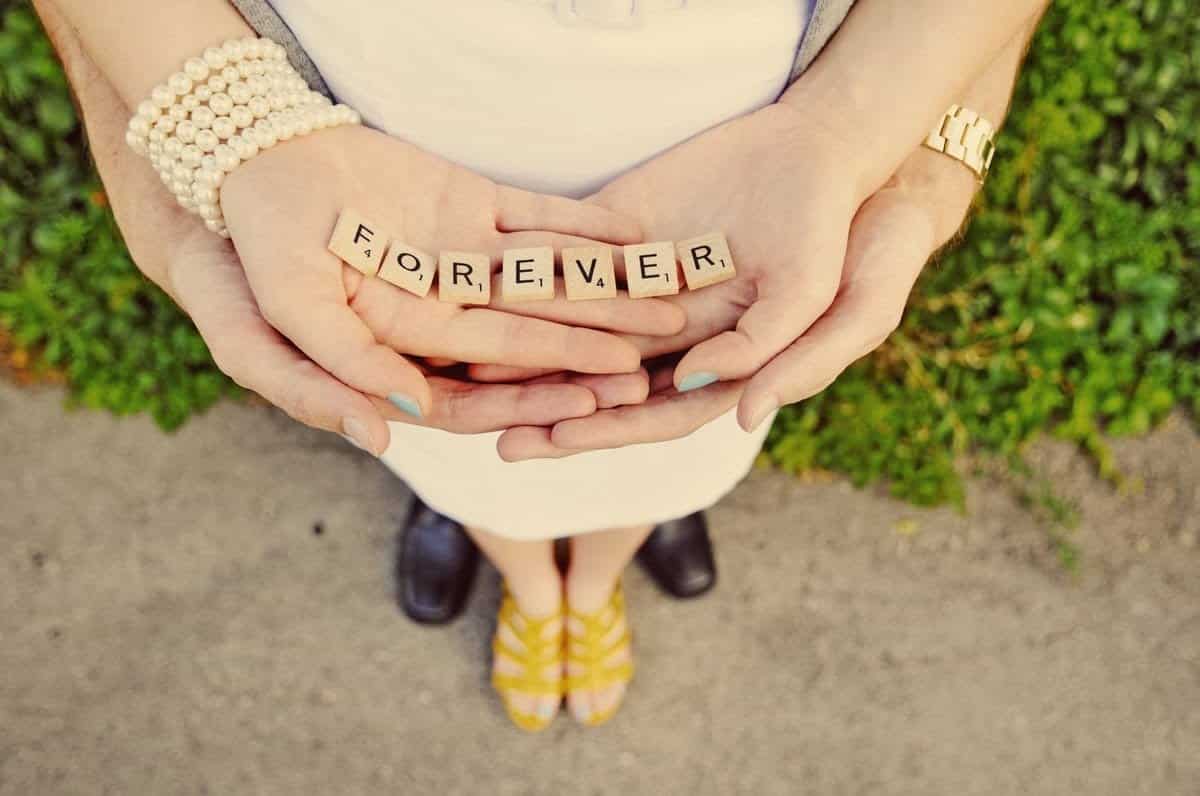 I’ve turned down nice guys, creepers, and your average drunk who is throwing out lines in every direction hoping for a nibble. My rejection of the man has nothing, NOTHING, to do with who they are.

It has everything to do with who my husband is, and what our marriage is. 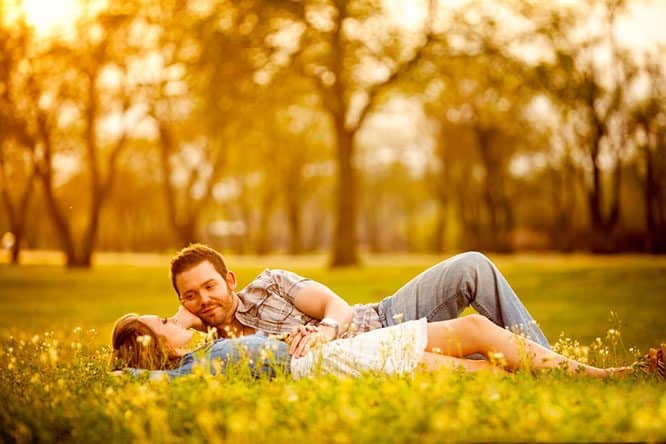 He is my best friend. And our marriage is, day by day, forever.