Have you ever wanted something so badly that you’ll be willing to do anything just to have it?

Let’s face it, though, we don’t always get what we desire. Some of us don’t know how to obtain it, or even if we do, we have to work hard—really hard for it.

The woman featured in the short clip below knows how to get what she wants. And she didn’t have to break a sweat nor strip in public like what a Chinese woman did when her boyfriend refused to buy her an iPhone 6s. 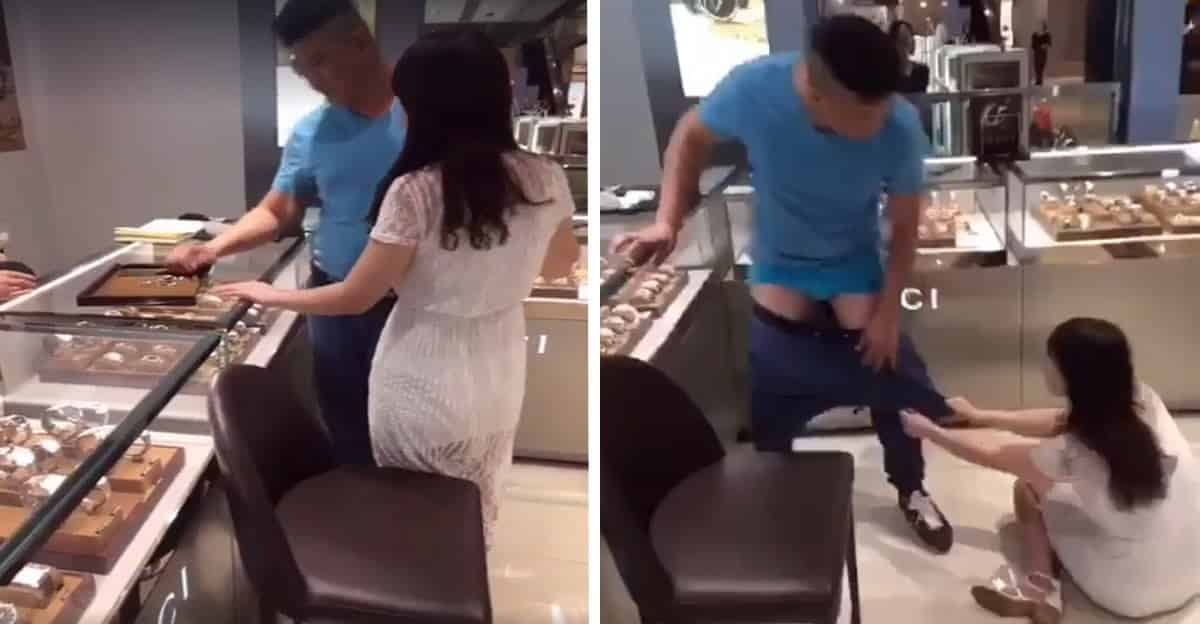 In this video, a man and a woman were inside a Gucci store. They were looking at—what we presume—an expensive wrist watch, and were arguing about it. Apparently, the guy didn’t want to buy her the costly piece of jewelry, which she really liked.

So, when he started to leave, the girl had to do something—fast.

Watch this and tell us what you think:

What’s the craziest thing you’ve done just to get what you want? Tell us in the comments below.