Jo Gilchrist, a 27-year old mom from Warwick, Australia was paralyzed after using her best friend’s make up brush to cover a pimple.

Gilchrist mentioned that it started as a tiny pimple on her back and thought that the pain she felt was due to bad posture.

However, it became excruciatingly painful last Valentine’s Day and pain relievers didn’t work. “I honestly thought I was going to die. The pain was worse than childbirth”, she said.

Jo Gilchrist with her son, Tommy 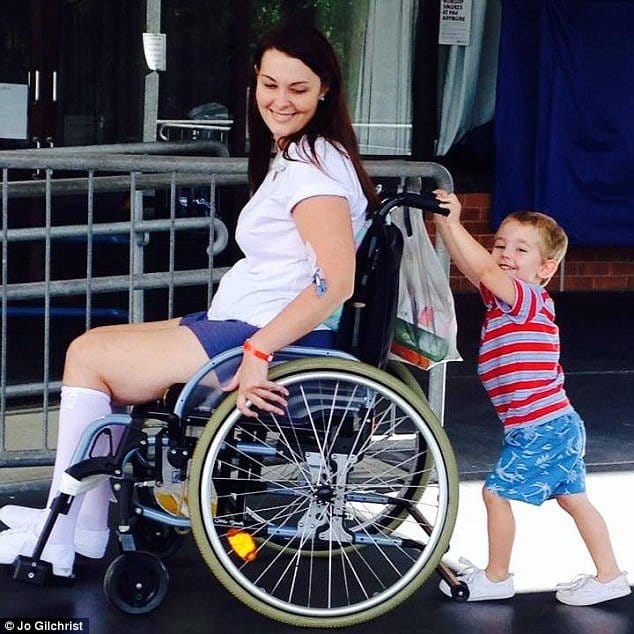 The 27-year-old was left writhing in pain when a staph infection attacked her spine. 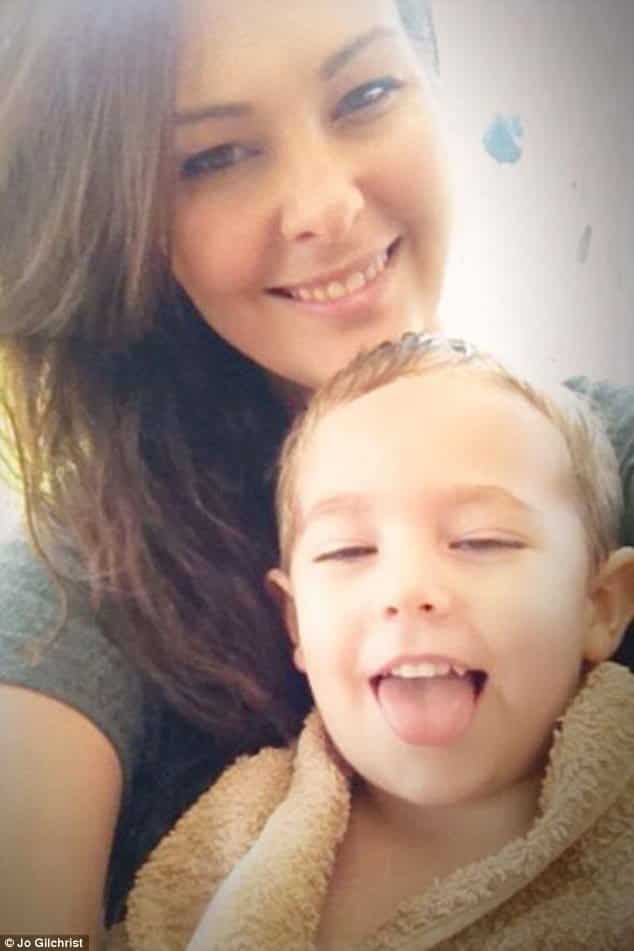 It took a long time for the doctors to provide a diagnosis. Meanwhile, her body started to feel numb until eventually she was paralyzed from the waist down. The doctors told her that she’d probably lose the sensation on her arms and chest, and if that happens, they might have to put her on an induced coma.

Gilchrist was airlifted from Warwick to Princess Alexandra Hospital at Brisbane for an emergency surgery. When she woke up, the doctors finally told her the cause of her pain and paralysis.

Gilchrist at the hospital with her son. 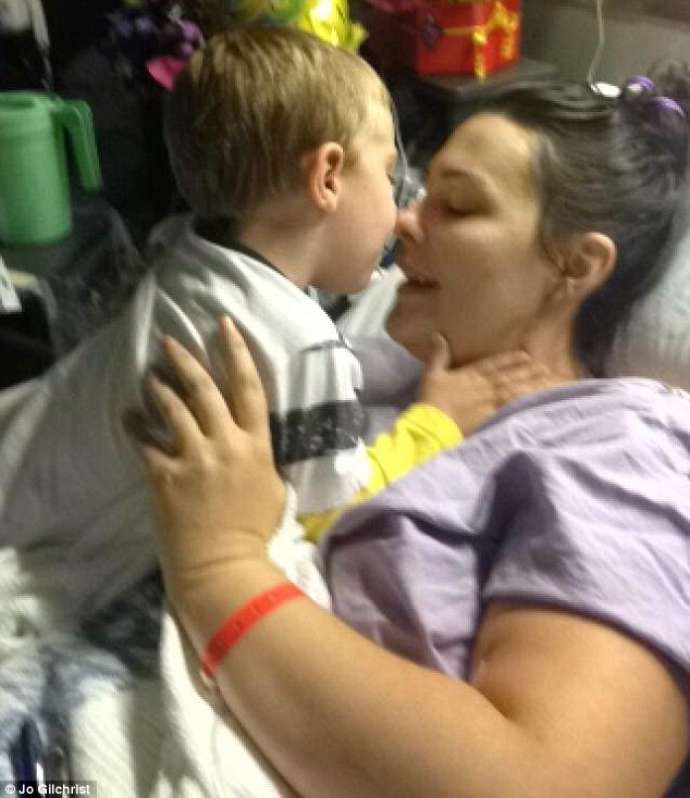 The young mother had contracted community-associated Methicillin Resistant Staphyloccocus Aureus (MRSA) bacteria, otherwise known as “staph” when she borrowed a make up brush from her best friend (who also wasn’t aware that she has been carrying the bacteria herself).

Staph is a very common bacterium that thrives on the skin and nose of healthy individuals. However, it can cause severe, life threatening infections. The bacterium can be transferred to other people via direct contact and fomites (inanimate objects) like pillows, towels, and other grooming items, and can penetrate the body through any break in the skin such as wounds, sores, and pimples.

“The only thing we can put it down to is the make up brush”, Gilchrist said.

Tears came rolling down her cheeks when the doctors told her that she’ll never walk again. She’ll be forever confined to a wheelchair. Gilchrist also lost control of her genitals, bladder, and bowel.

Her best friend felt terrible, but Gilchrist knew that it wasn’t her best friend’s fault. They have been sharing items long before the incident, and it just so happens that her immune system was low that time.

Gilchrist eventually lost control of her genitals, bladder, and bowel. 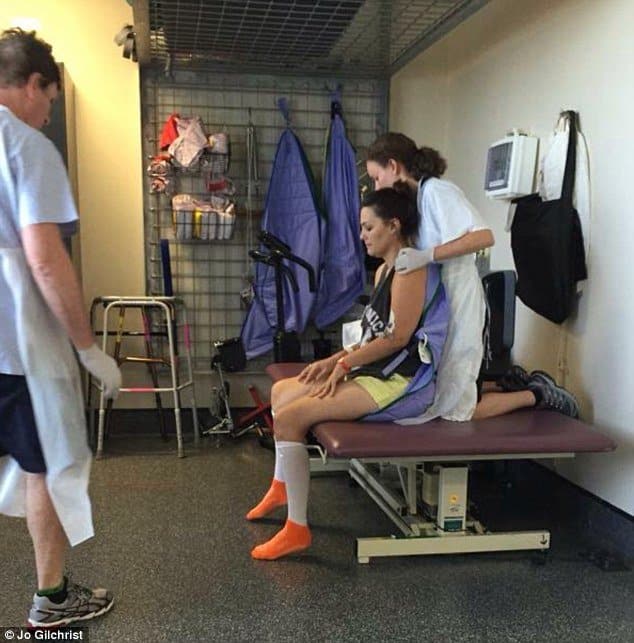 According to DailyMail, Gilchrist had to stay in the hospital for at least three months while she is provided with the appropriate treatment. Doctors administered potent antibiotics to rid her body of the infection. However, despite the paralysis that the bacteria caused to her spine she still considers herself fortunate. She said,

Gilchrist is now learning to adapt to her life on a wheelchair so she can still live independently and care for her two-year old son. She remains positive and strong- she’s not giving up. Gilchrist is starting to learn how to walk again.

“I feel like I have a second chance at life. Everything happens for a reason, I’ve definitely got my fight back for life.”

Recently, the doctors told her that she may be able to walk for at least 1-2 hours every day! Gilchrist was so happy about the news because she wasn’t even expecting that.