A woman from Virginia lost her job after her photo circulated online. The woman was cycling on her usual route on October 28 when the motorcade of US President Donald Trump past her.

Juli Briskman, 50, acted instinctively and “flipped the bird” at the passing cars. An AFP photographer seized the shot and the image immediately went viral on various social media platforms. 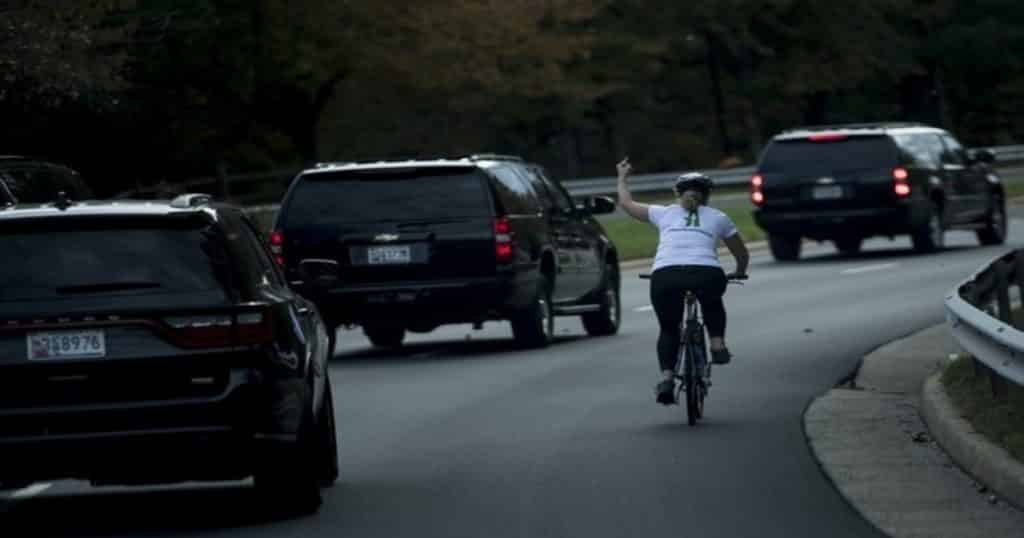 In an interview, she said,

“I just got angry. I lifted my arm and started flipping him off. I started thinking, You’re golfing again when there is so much going on right now.”

Juli is a marketing analyst for a company overseeing government contracts. 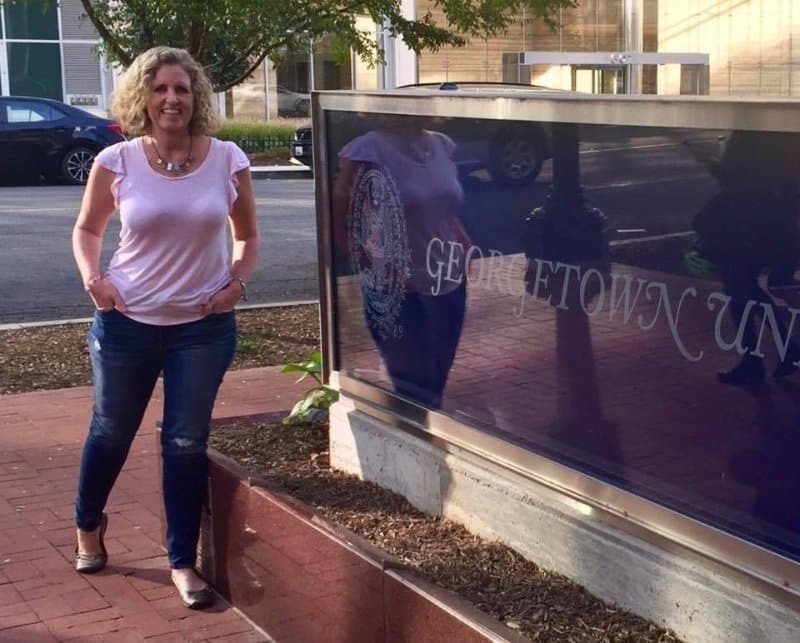 While she gained accolades online for her action, it left a sour taste to her employers. She posted the image on her own account on October 30 and mentioned it to the human resource department of the company where she works.

The next day, she was called into a meeting with the official and two other company executives. She was let go by the company citing that she posted “obscene content” on social media. They said that she did not meet the company’s code of conduct and the officials said that her actions could “hurt the business”. She was asked to submit her resignation saying that it is easier to find a new job than being fired.

For anti-Trump groups, Juli is a hero. 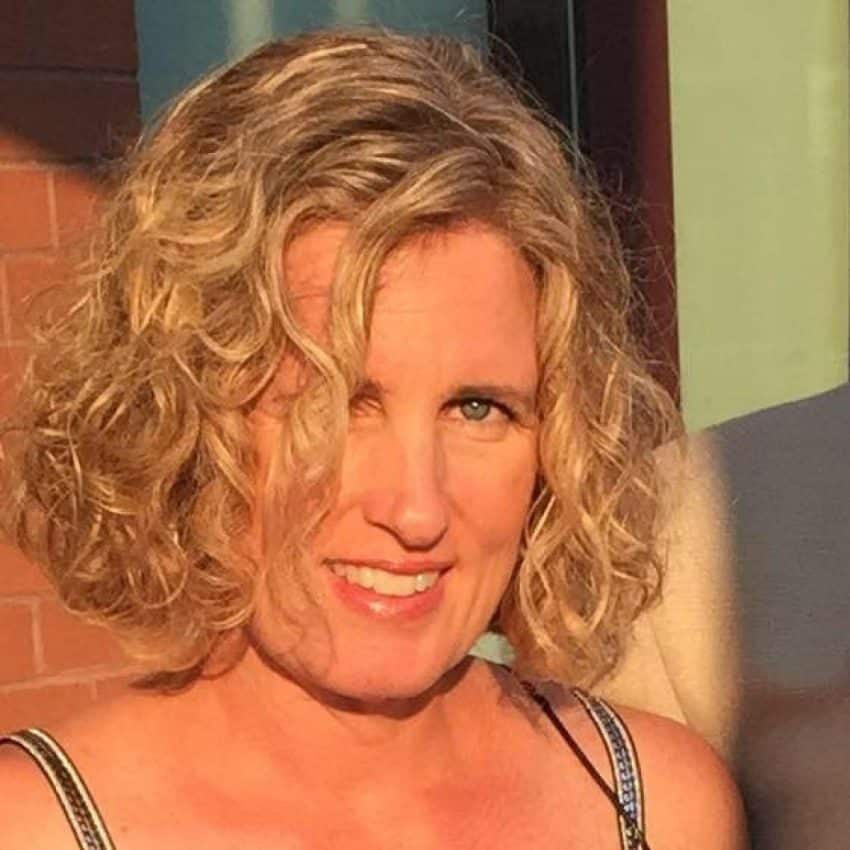 Her company, Akima L.L.C., oversees government contractors and Briskman works as a marketing analyst for half a year. Akima published a statement,

“Akima expects that a high level of ethical standards and personal integrity will be reflected in all of its business dealings.

Similarly, Akima expects its employees, officers, and directors to exercise good judgment and maintain high ethical standards in all activities which affect Akima. Every Akima employee is held to these standards.”