Proposals are a big deal these days. Usually, it’s the men who propose through elaborate displays of affection. Some take their girlfriends on dreamy vacations, others plan surprises with the help of their loved ones. Of course, nothing’s wrong if it’s the women who propose, even though it doesn’t happen as often.

In Santiago, Chile, a courageous woman decided to take the leap and be the one to propose to her boyfriend. It didn’t end the way she wanted it to though.

A short video was captured showing the woman proposing to her boyfriend in public. 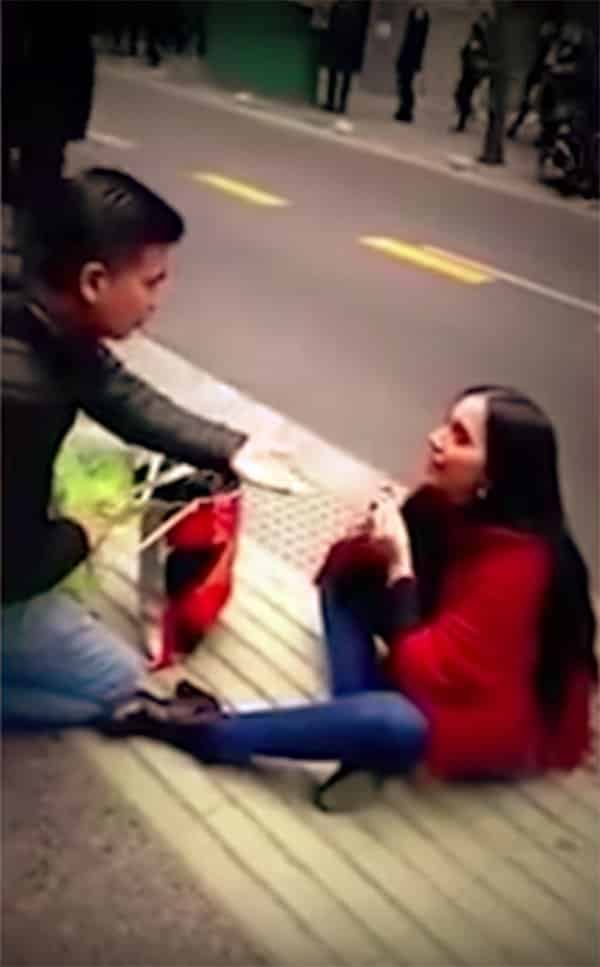 The black-haired woman sat on the street while holding a ring and proposing to her boyfriend. Speaking in Spanish, she asked the man if he would marry her or not. What should have been a very sweet moment turned into a disaster when the two lovers got into an argument.

The man accepted the proposal, saying, “Yes my love and stop there.” The man seemed embarrassed by the very public gesture of love. At one point in the video, the woman also raised her voice. People speculate that the woman expected a more enthusiastic acceptance of her wedding proposal.

The man tried to encourage his girlfriend to get up and leave with him, but she repeatedly refused.

When the woman kept on refusing to get up and leave with her boyfriend, the latter decided to just leave her alone on the street. The poor lady was left all by herself sitting on the sidewalk after her wedding proposal gone wrong. We have yet to find out if the two lovers have managed to work things out.

What do you think of the woman’s gesture and her boyfriend’s reaction? Was the proposal sweet or cringe-worthy? Tell us your thoughts in the comments section!