Natural disasters are hardly ever a cause for celebration. Disasters like typhoons, earthquakes, monsoons, and floods are rarely ever welcomed because of the destruction they leave in their wake. However, due to the fact that Japan is no newbie to these forces of nature (with 6 typhoons in just 2016 alone!), they have invented a wind turbine that can harness the energy of these natural disasters.

“Typhoons are normally nothing but a disaster,” says Atsushi Shimizu, inventor of the world’s first typhoon turbine. His durable device looks like an eggbeater, but it packs a powerful punch! It was constructed originally to counteract Japan’s energy shortage, which has been an issue since the 2011 Fukushima disaster. Shimizu says, “Japan actually has a lot more wind power than it does solar power, it’s just not utilized.”

Atsushi Shimizu demonstrates how these eggbeater-shaped turbines are a better alternative to traditional wind turbines. 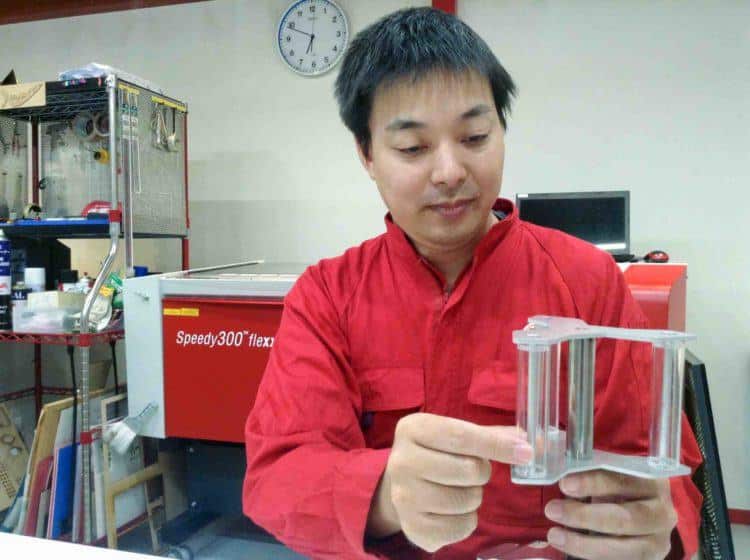 Before the Fukushima disaster, Japan expected 60% of its energy to come from nuclear power plants by 2100. However, the earthquake and ensuing tsunami that killed 19,000 people resulted in the breakdown of 3 nuclear plants. With the much of their nuclear reactors inactive, Japan is forced to import 84% of their energy needs.

“For decades, Japan has brought in European-style wind turbines, not designed for typhoon zones, and installed them with no careful consideration — they’ve broken almost entirely.”

So Shimizu decided to create his own typhoon turbine with an an omnidirectional axis to allow for the machine to withstand the unpredictable wind patterns of typhoons. The speed of the blades can be adjusted by tightening the center rod to keep them from spinning out of control. This is called the Magnus effect, which is the sideways force that makes a spinning object stray from its path.

An artistic rendering of how the turbines can be installed to harness energy from unpredictable winds. 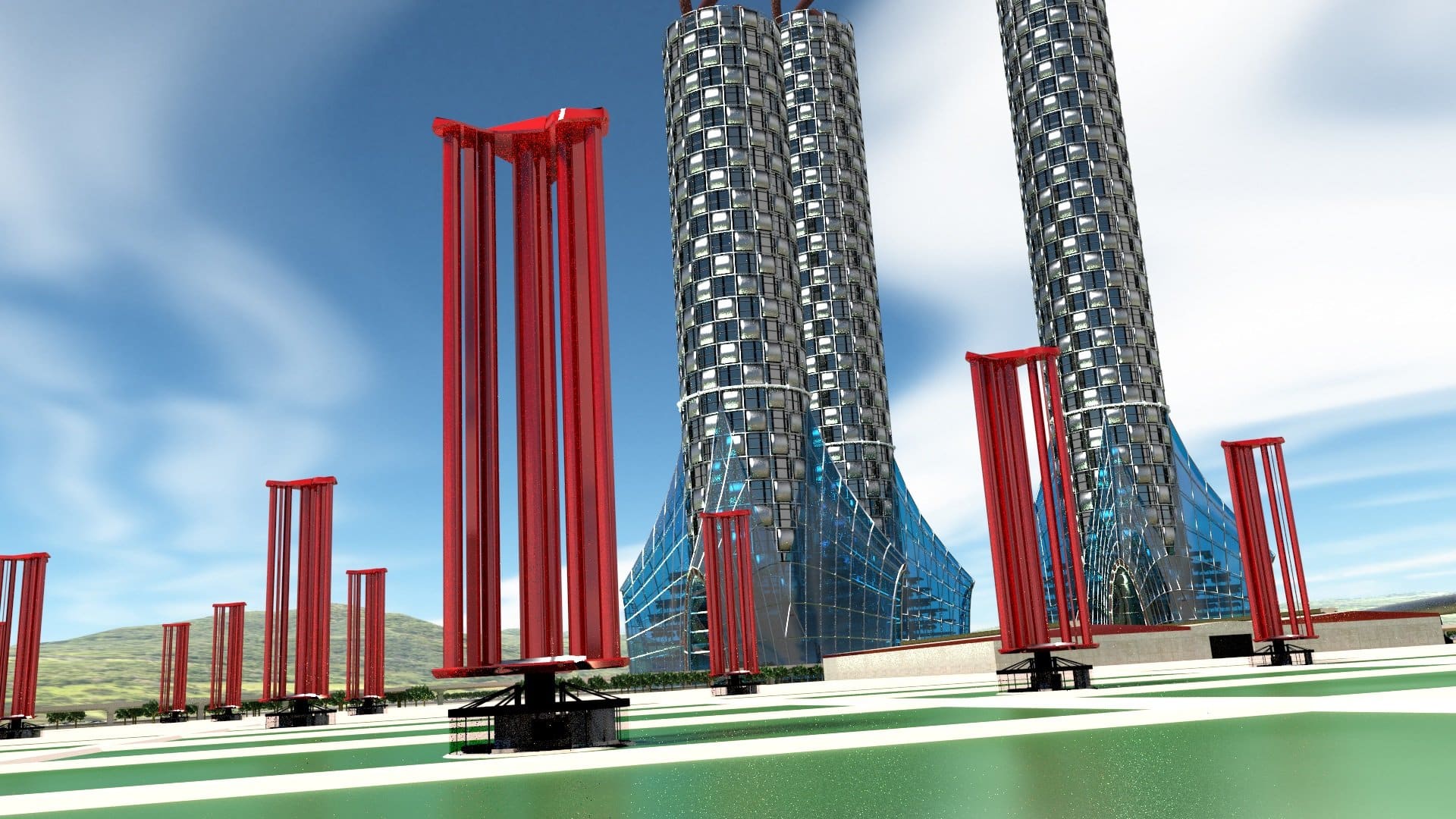 The prototype has been tested, and it showed 30% efficiency. Though lower than the propeller-based turbines, Shimizu’s turbines are more likely to survive an actual storm. Earlier this year, a functional prototypes was installed near Okinawa, and is still being tested under high-wind conditions.