When you’re a Christian missionary, people will always expect you to behave in exemplary ways. After all, you represent your belief by your words and action.

A 69-year-old man from Arizona recently made headlines after displaying a not-so-Christian behavior during his stay at the Grand Imperial Hotel in Kampala, Uganda. As you will see in the video below, he insulted and assaulted staff members and said he’s doing it “in the name of Jesus.” 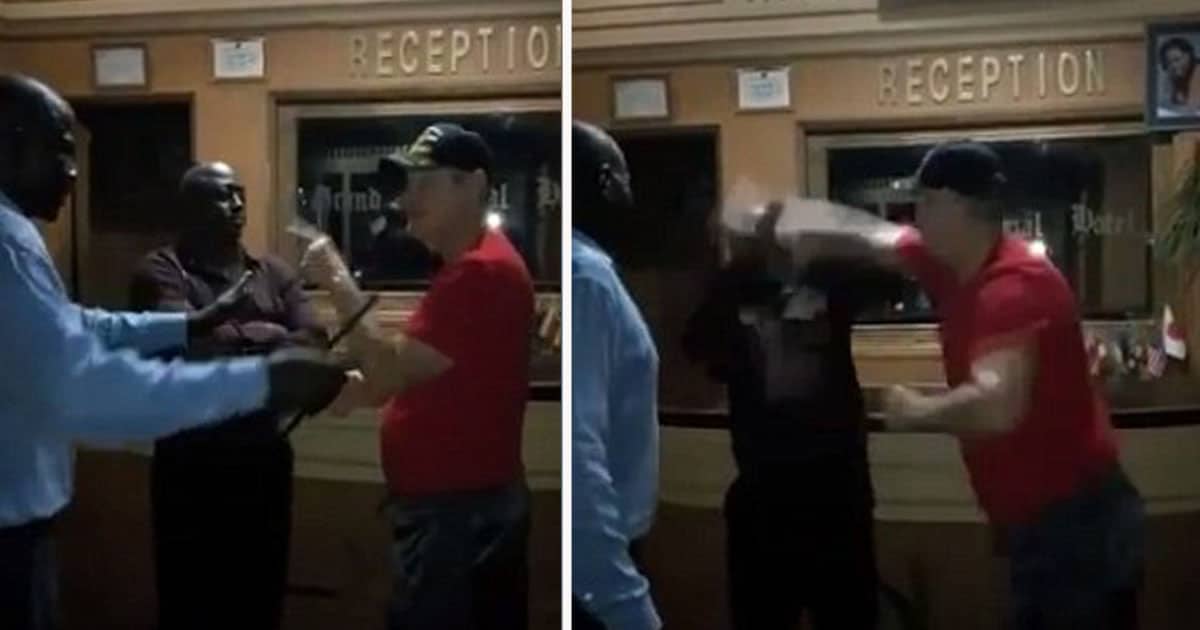 A DailyMail report tells us that the commotion started when Taylor, who is “seemingly drunk, (jumped) over the hotel front desk to smash glasses and insult workers, all because he wanted to get his room key.”

While attacking one of the workers and challenging him to a fist fight, Taylor can be heard saying:

“F**k Uganda. I’ve come to love Uganda, I’ve come to help Uganda, but Uganda hates Jesus through this son of a b***h.”

The footage eventually went viral online. Taylor has since been arrested and detained at Kampala’s Central Police Station. 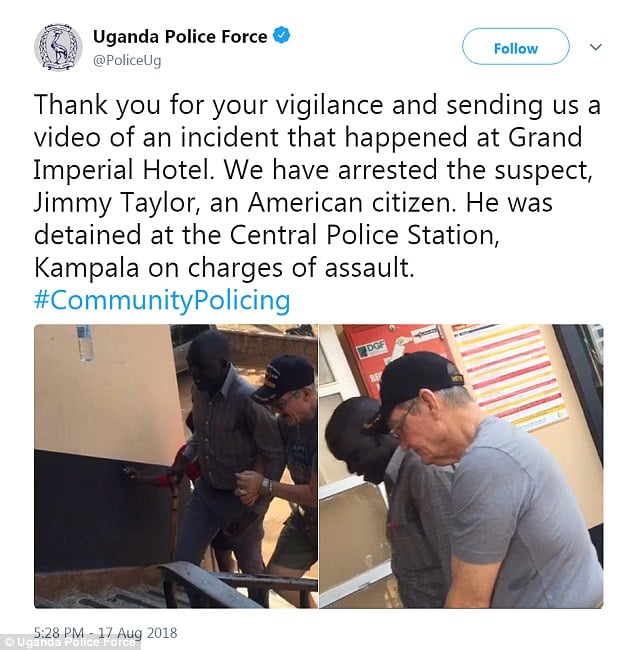 In a statement issued by the authorities, we read:

“Upon police efforts to effect his arrest, Taylor spat on officers, turned rowdy, uncontrollable and tried to disarm policemen.

“The suspect, according to police, confessed his crimes and blamed it on the mental related illness caused by stress.”

According to Taylor, he is a missionary and a Vietnam veteran. He later said he has PTSD and bipolar disorder.

Meanwhile, a US State Department spokesperson who heard about the incident said:

“We have seen this regrettable video. It in no way reflects the attitude of the US government or the American people toward Uganda.”