Most people don’t put a lot of thought into typical furniture like tables and chairs. They often figure that as long as it’s durable, within the budget, and fits into the theme of their living room, they’ll take it. But that’s most people. Others want a piece that can also be considered as a conversation piece. That’s where Derek Pearce comes in to give them a piece of furniture that guests won’t be able to get enough of!

Derek Pearce is a furniture maker and sculptor. He creates pieces that are part furniture and part works of art. In this collection, Derek showcases his creativity by creating “Water Tables”, which are coffee tables that show animals that seem to be floating through water.

Derek Pearce, a remarkable sculptor with a vivid imagination. 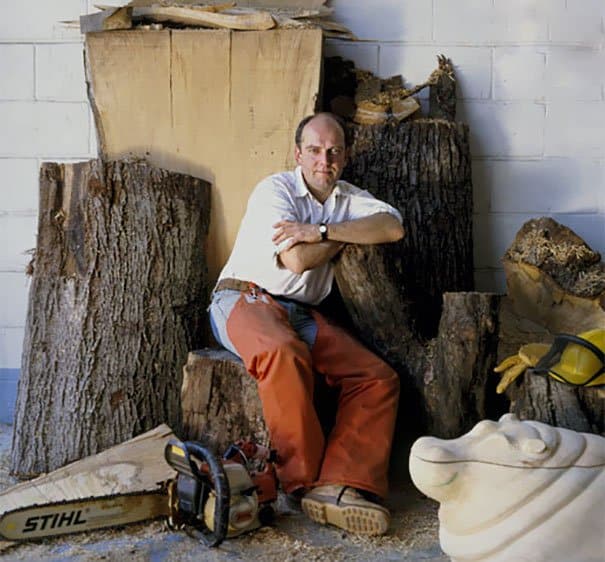 Derek uses a glass surface that acts as the “water”, while a wooden sculpture of an animal, person, or object rests just above and below the surface, creating the illusion that the subject of his piece is penetrating through the glass. He creates furniture that features all sorts of subjects like swimmers, hippos, dolphins, ducks, seals and more. These tables will definitely make your guests take a second look.

Here are some of his creations. 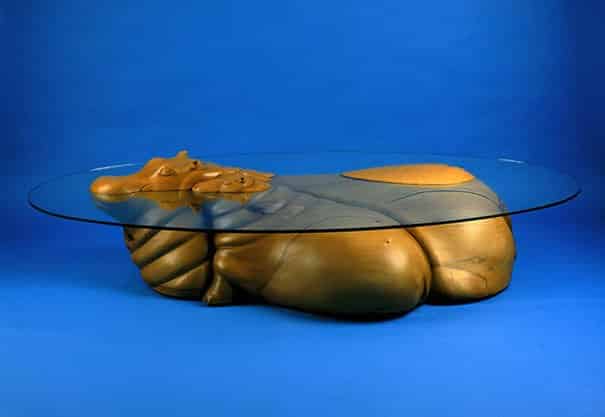 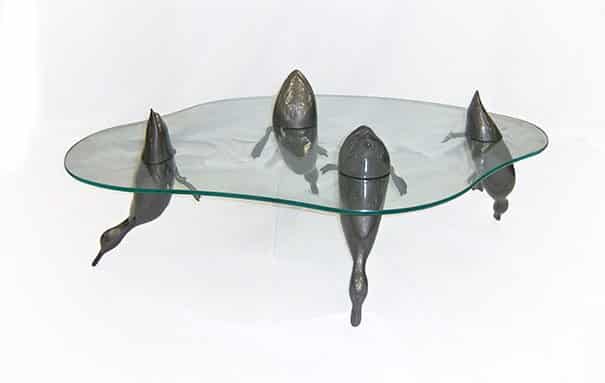 A frog taking a peek above the water. 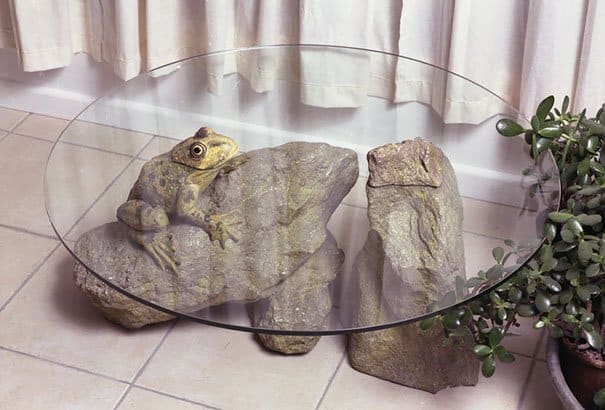 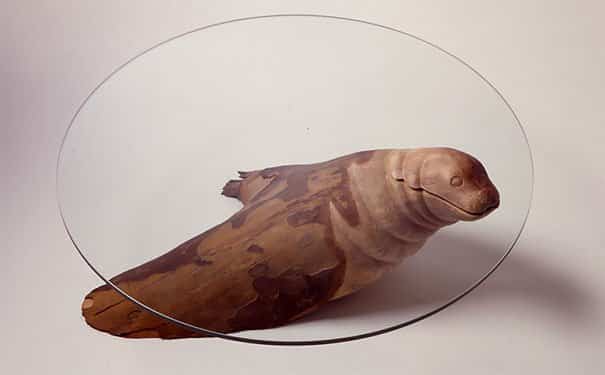 Silver dolphins leaping above the water. 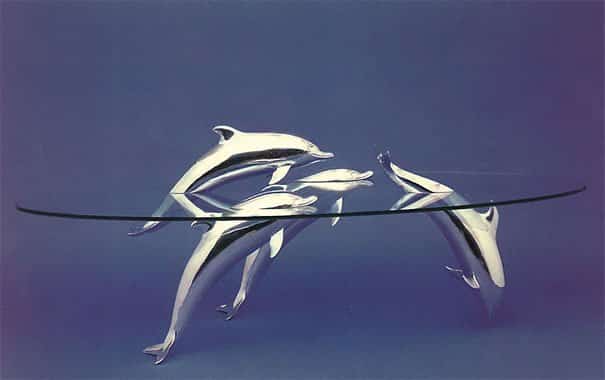 A seal with its favorite rock. 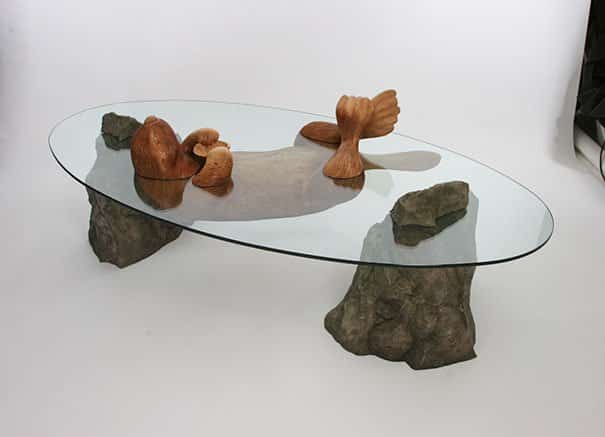 A hippo just peeking above the water. 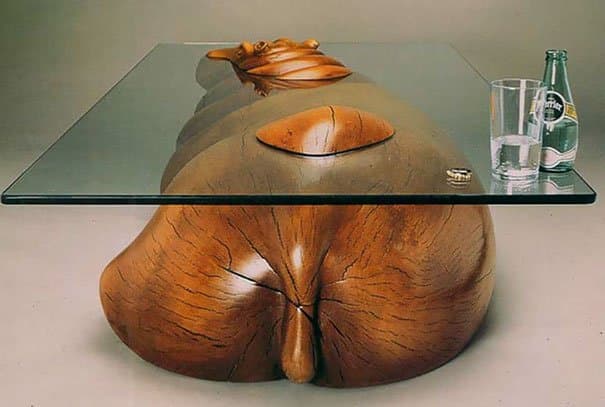 A woman relaxing in her bathtub. 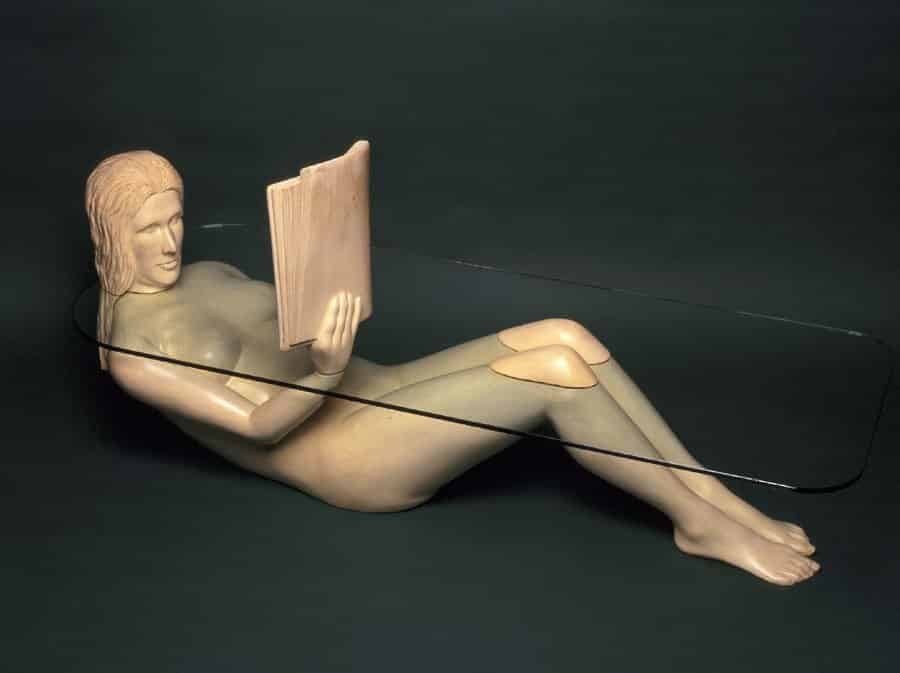 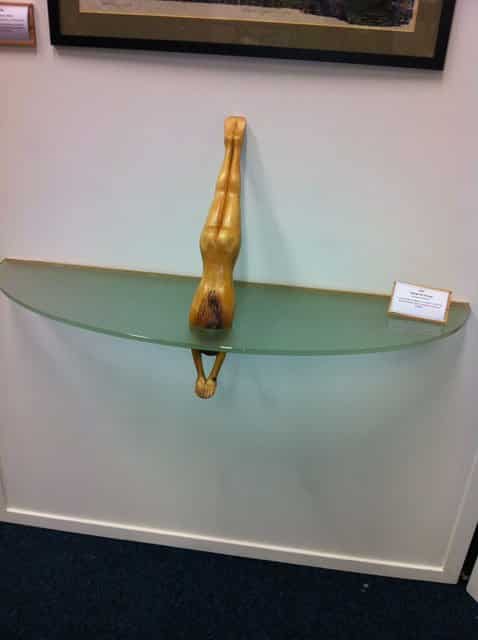 Derek Pearce working on a piece. 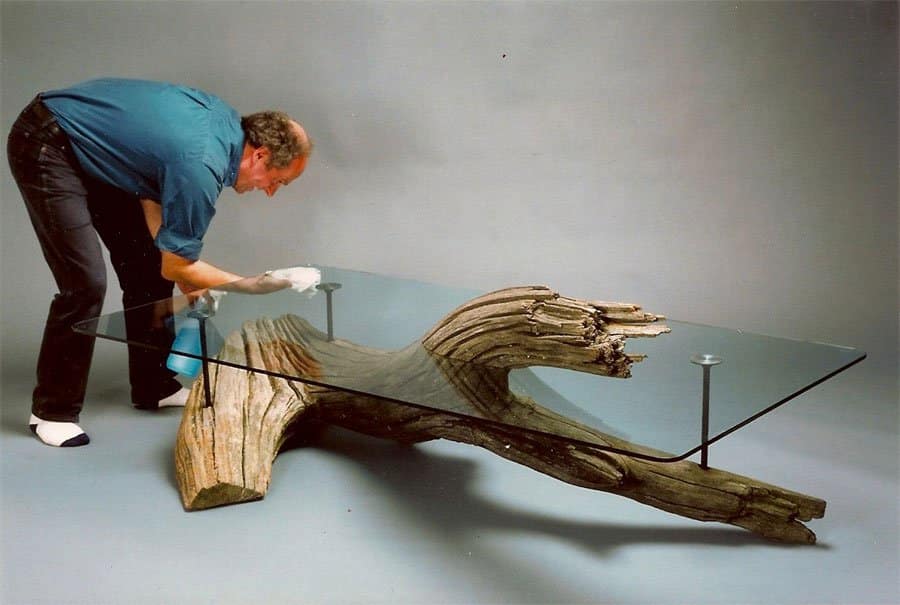 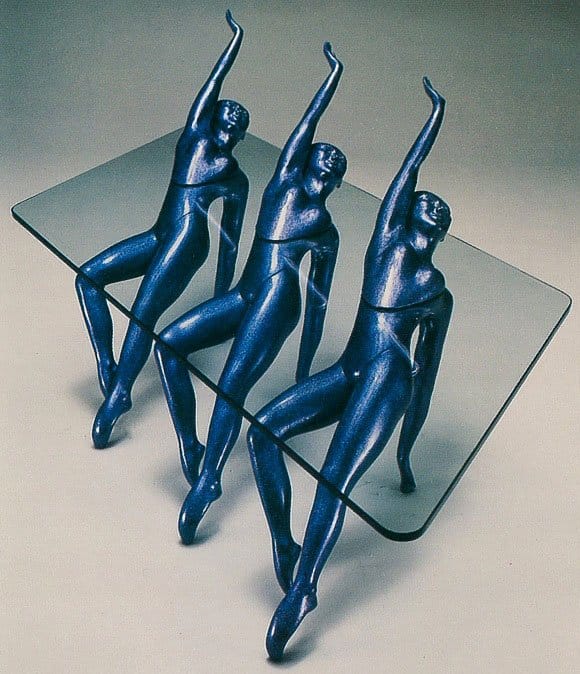 A king in his sinking throne. 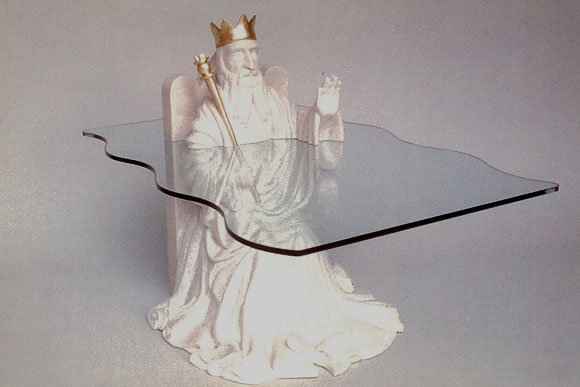 A sleek black seal and rock.

Derek Pearce also has a number of other collections such as book cases, mirrors, desks, chandeliers, and even a cabin! You can check out his works at his website.