A wardrobe malfunction can happen to anyone. For the record, we looked up the definition of the phrase in The Oxford Dictionary. It is described as “an instance of a person accidentally exposing an intimate part of their body as a result of an article of clothing slipping out of position.”

While the clothing-related snafu is a normal thing, celebrities and other performers suffer most when it happens. Since they are in the public eye, their wardrobe snafus are often captured in pictures of videos. If they’re really unlucky, the gaffe happens live in front of an audience.

In the age of social media, photos and videos of wardrobe malfunctions quickly go viral. That’s what happened to a nine-second video clip that was posted by Facebook user Trevor Clarke. The video shows a woman singing dressed in a glittery dress. She is singing on stage.

Her perfromance was fierce, but her panties fell short. 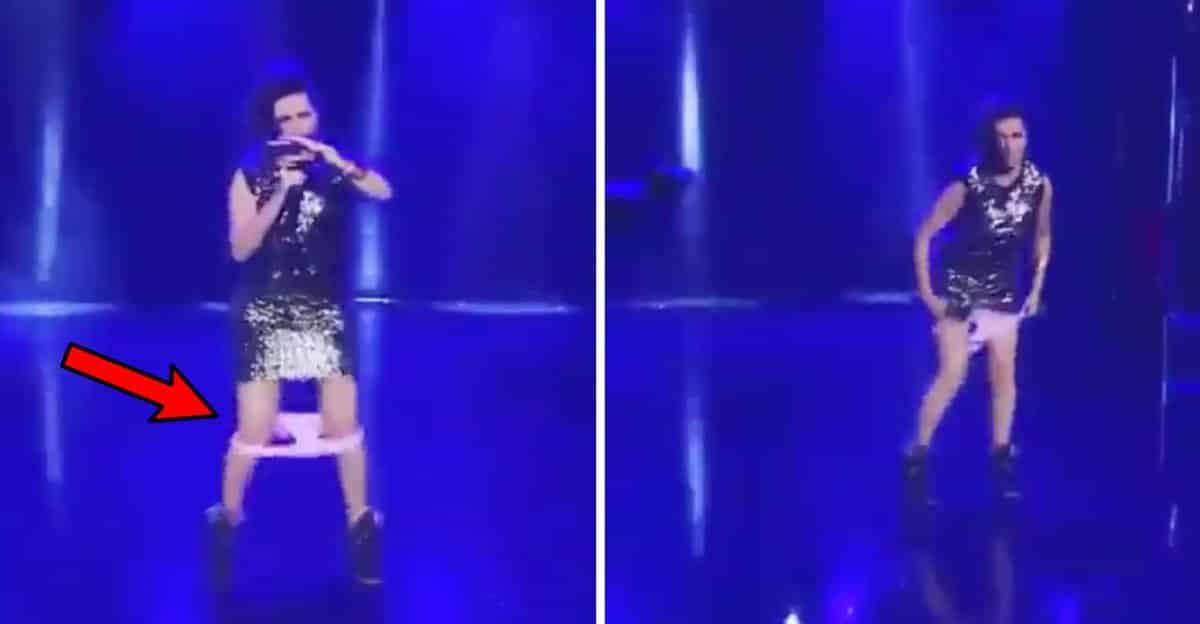 Clarke uploaded the video on his Facebook page sometime past 9 a.m. on July 11. However, he didn’t reveal any other details about the video. He just wrote this caption: “Wait for it. LOL.”

As of the morning of July 16, more than 1.8 million people have viewed it. The video has also been shared 32,367 times. So, why has this wardrobe malfunction video gotten so much attention? Well, watch the video clip below to see for yourself.

People who watched this video asked, “How the heck did this happen?!?”

Many of the people who commented on the video expressed their disbelief over what they just saw. One commenter said, “She danced right out of her panties.” Another commenter remarked, “At least her panties were clean. She should’ve worn a thong. Instead, she wore granny panties. It must’ve been laundry day.”

Other people compared it to what happened to Mexican singer Patricia Navidad, whose sanitary pad fell out while she was performing.

The most common comment was, “I can’t stop laughing.”

Bottom line: There are some wardrobe accidents that are just as embarrassing even if, technically, no intimate body parts are exposed. Panties that fall off definitely fall under this category. You could say that it’s in a league of its own.