With a little training, an average dog can perform a few tricks. However, Poncho the police dog can actually save lives – at least in theory. The adorable pooch who works for the Madrid police force is currently going viral for performing CPR on his collapsed handler.

The video of Poncho trying to revive an agent was originally posted on Policia de Madrid’s official Twitter account. Not surprisingly, the short clip has gone viral and people couldn’t help but gush over the pup’s heroic efforts. Netizens are even wondering if Poncho has been trained to do the proper technique when performing Cardiopulmonary resuscitation.

Poncho checks his patient as his flashing blue light alarms him of the situation. 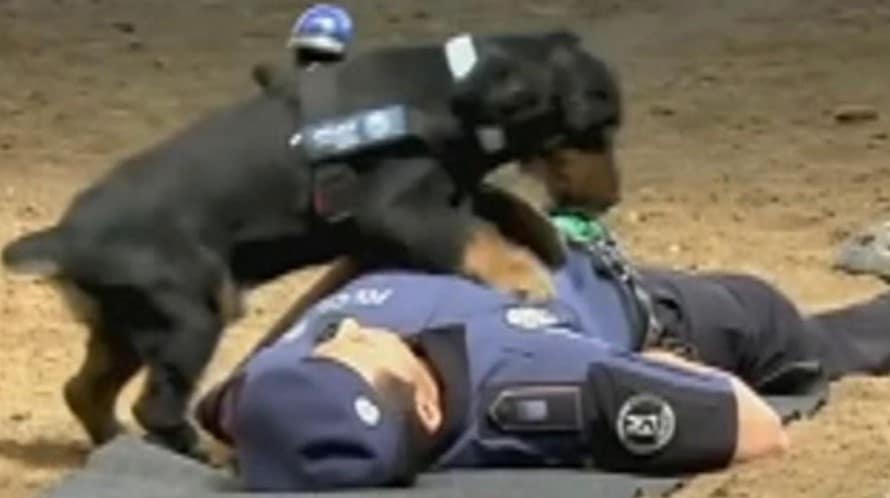 While Poncho’s efforts to revive his handler is certainly impressive, Policia de Madrid has confirmed that it was just a performance for a few young visitors. The video was actually taken during a demonstration for students who were visiting them. Nevertheless, Poncho the police dog has won hearts all around the world.

The pup leaps high into the air to compress his patient’s chest. 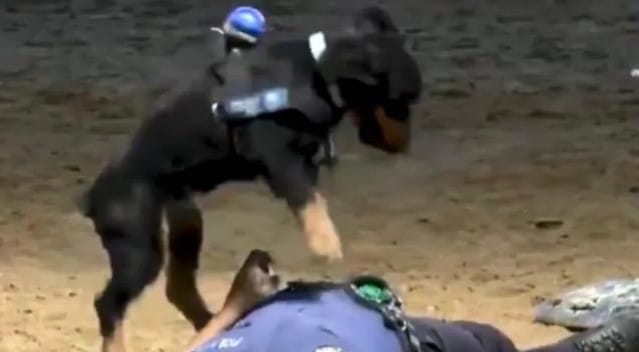 Policia de Madrid revealed that Poncho is a bomb-sniffing dog who has been in service for six years. The little police dog might not be doing CPR exactly how it should be done but people can rest assured that he takes his real job seriously.

Poncho checks if the patient is still breathing.

CPR is an important emergency procedure that requires chest compression and breathing into a patient’s airway. Untrained rescuers can attempt chest compression but it is important to check whether the patient has started breathing on their own. Poncho certainly had the right idea about performing CPR although the compression was not deep enough to revive his handler.

Watch the full video of Poncho ‘saving an agent’ below.