If you are a parent, you’ve probably experienced sacrificing some of your pleasures just to make sure that your children are happy and well-provided for. You’d most likely spend on your kids’ needs, for instance, instead of buying new clothes or gadgets for yourself when the budget is tight.

A poor single father from the Philippines perfectly demonstrated this.

As you can see on the heartbreaking viral photo below, this scrawny man is sitting on Jollibee, a popular fast-food in the country, together with his two daughters who were enjoying a fried chicken meal.

The catch? The dad didn’t have enough money to order food for himself so he just sat there and watched them eat.

Taken by netizen Jhunnel Sarajan, the photo later went viral when he uploaded it on Facebook. 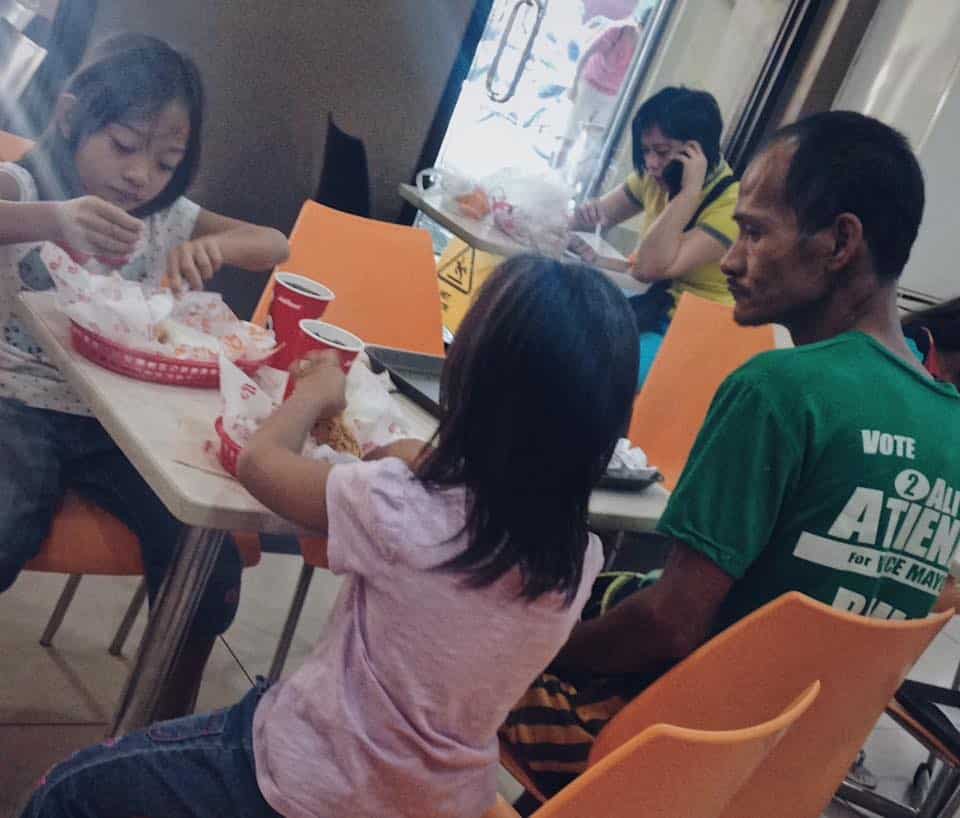 Sarajan took the time to talk with the guy and found out that he suffered a stroke and stands as a single father to his two daughters.

“I can’t contain my emotion when I saw them in Jollibee… This is a photograph of a father’s love. A depiction of genuine selflessness.”

Ryan Arebuabo, the man in the photo, lives with his two daughters in a small, crudely-built shack. 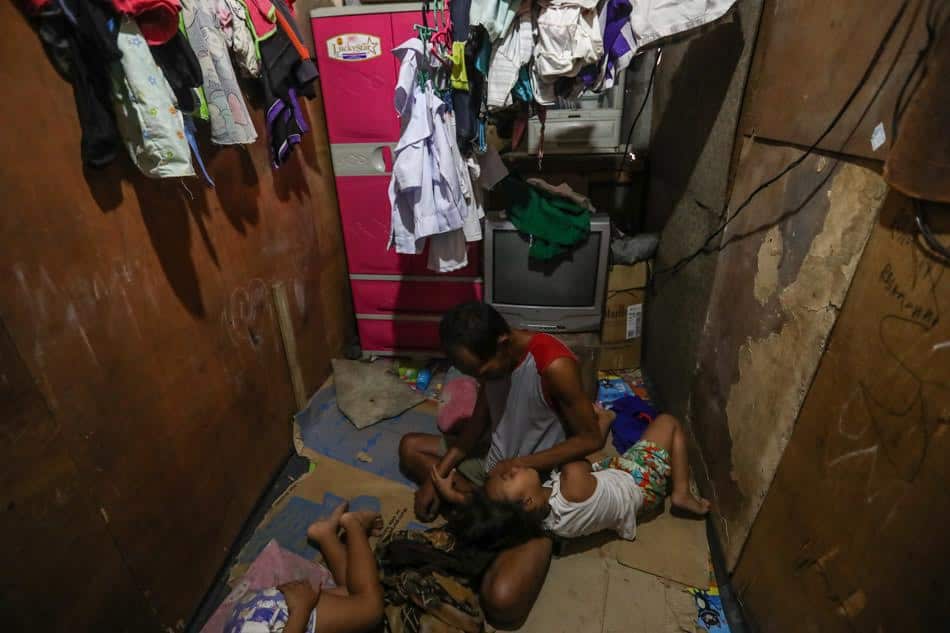 News outlet ABS-CBN eventually looked for the family to dig more details. It turns out that Ryan Arebuabo, the father in the viral photo, lives in Tondo, Manila “in a 4-square-meter shanty made of used plywood and rusty iron sheets.”

Arebuabo, 38, had a stroke several years ago. He was left unable to work for months after being discharged from the hospital. Later, his wife left him and took Rose May and Rose Ann, their daughters, with her.

Ria, Arebuabo’s younger sister, shared that despite all her brother’s efforts, he failed to win his wife back. He, however, succeeded in getting custody to the kids. 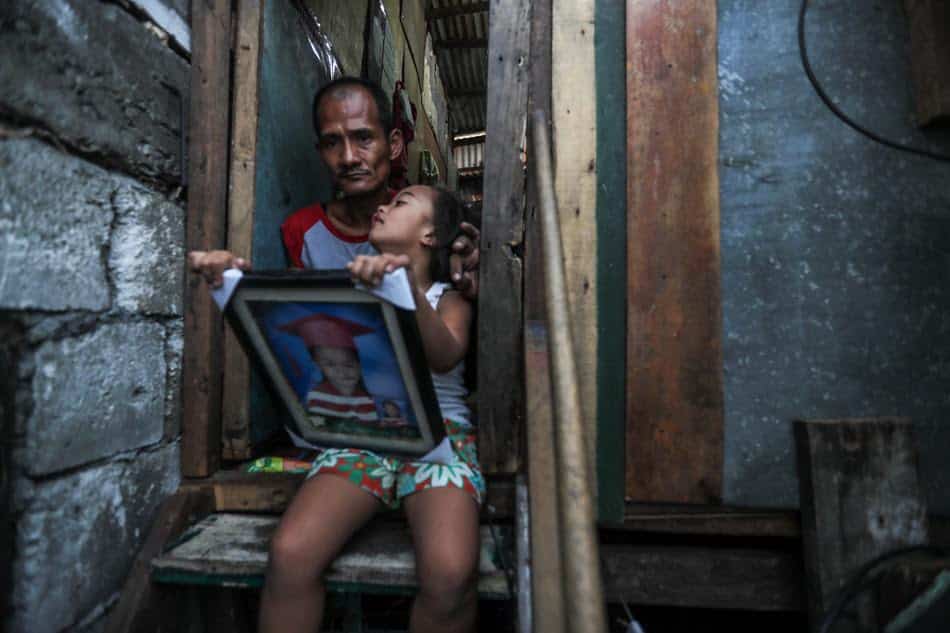 “Despite his condition, the dedicated father persevered to bring food on the table and support his children’s education. Both Rose May and Rose Ann are studying at Jose Corazon De Jesus Elementary School.”

Arebuabo wakes up at 5 AM each day to prepare the girls for school and then makes a living to provide for their needs. 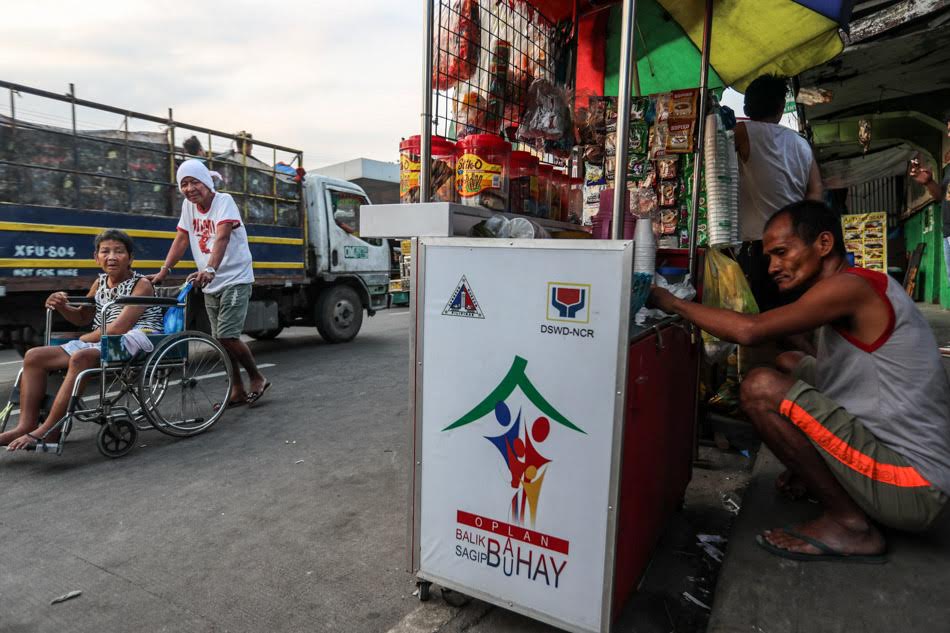 Arebuabo makes about Php100 to Php200 (US$2 to $4) each day from his small mobile store cart plus he receives a monthly cash assistance of Php2,200 ($44) from the government – just enough to buy food and keep the kids in school.

In the viral photo, Arebuabo said he decided to take his daughters to the fast-food to celebrate Rose May’s upcoming graduation. 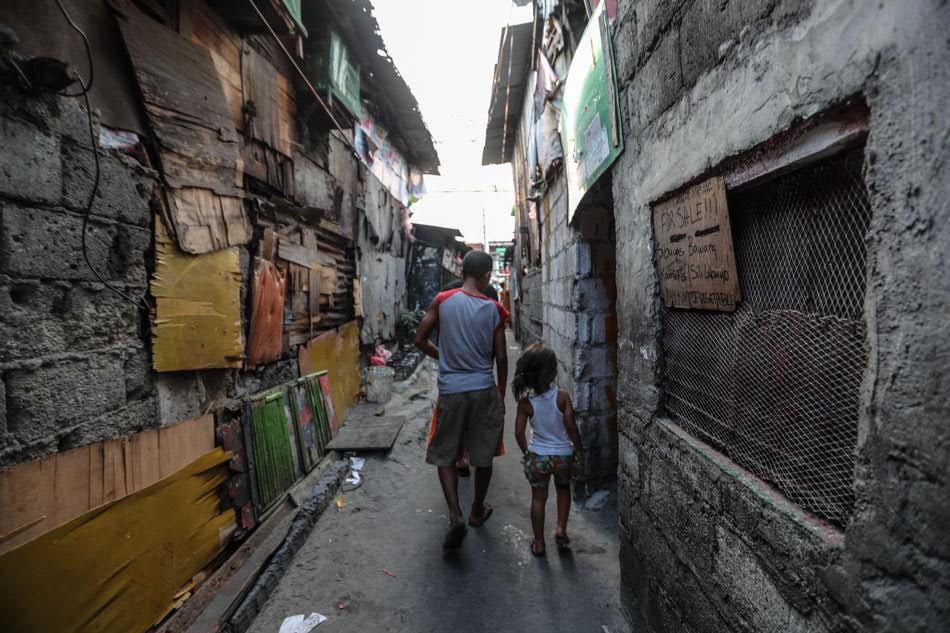 “Both kids ordered their favorite meal, while their father just satisfied his hunger by watching them enjoy the meal,” ABS-CBN tells us.

ABS-CBN further wrote that Arebuabo wants to “prove to his estranged wife and the rest of the world that he can continue being a good father to his children despite being almost incapacitated by stroke.”

Our hats are off to this awesome single dad! 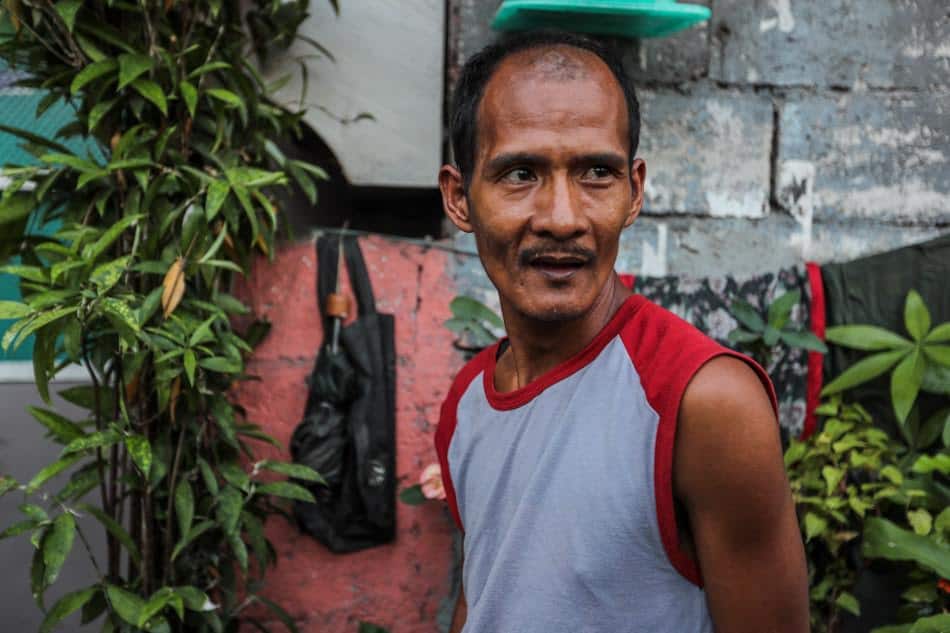 He is truly selfless in every sense of the word.

In case you are interested to help out, you can check out the details in this separate post by Jhunnel Sarajan.