Nowadays, it doesn’t take a lot for something to go viral. Anything that catches the attention of people can be easily spread all over the internet. Some things go viral for the wrong reasons and we can’t really stop them because, hey, people will spread whatever they want to spread.

Fortunately, there are still lots of things that do get popular for the right reasons and this is one of them.

In this photo, you can see a beggar, who could be child or a young teenager, sitting beside his dog on a sidewalk. 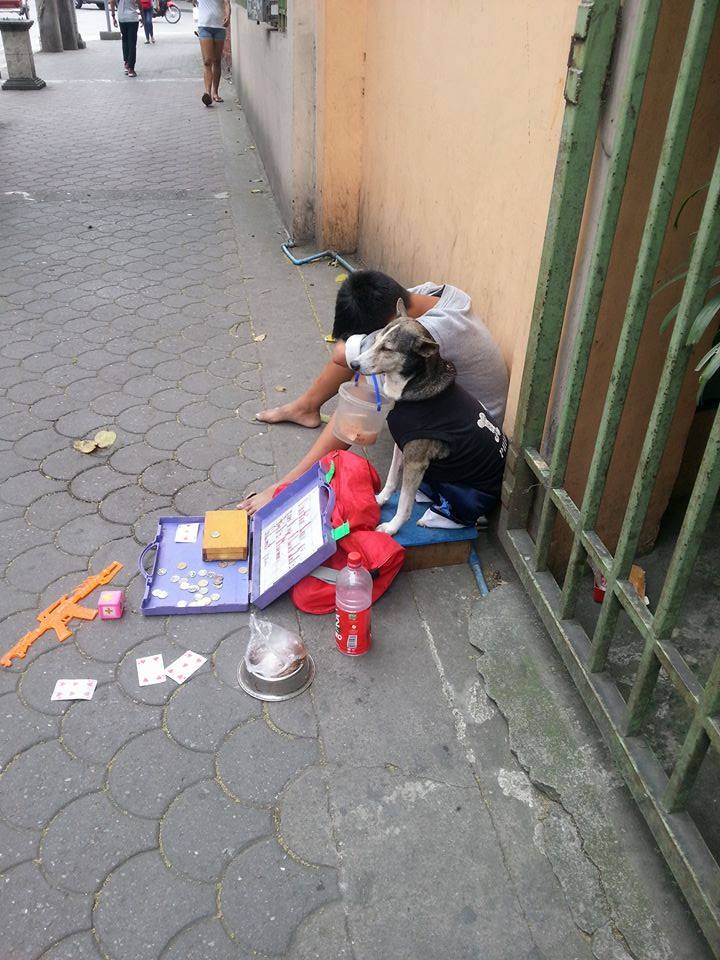 This was taken near the LRT station in Manila, just across a university. You can see the special bond between the young master and his dog – who is wearing clothes that are probably from his human. What’s touching is how the pooch is holding a small plastic container between his teeth, which is used for collecting alms from passersby. 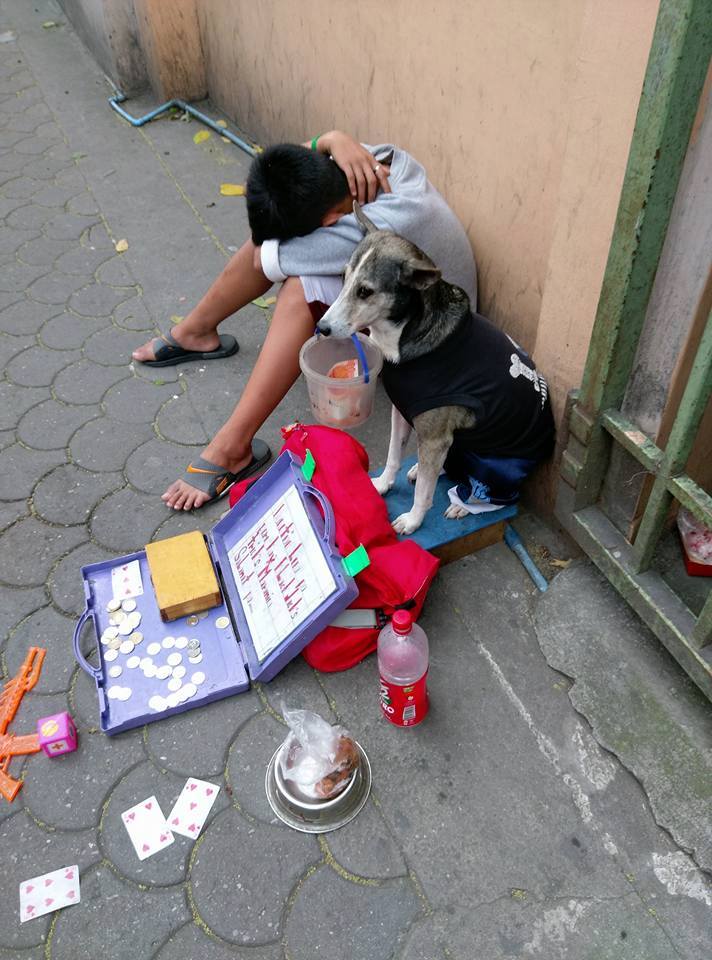 A concerned citizen dropped some coins on the bucket and he was both amused and sad how the dog just looked at him calmly. Some say the master must be tired from begging so he let the dog take over while he got some rest. Others, however, are a little more cynical saying the dog was used catch attention and entice more people to give alms.

Whatever the reason may be, it’s still a sad thing to realize that there are children and pets on the streets resorting to begging just to get by. We hope that this photos will inspire you to give something to the needy whenever you can.