Spotted in the woods of Sibu village in Borneo, residents immediately thought this strange-looking creature was actually an alien.

Besides, it looked nothing like anything they’ve ever seen. A video footage was taken and uploaded online. Not surprisingly, many netizens were also puzzled and curious about what the life form actually was.

Reports say, the villagers freaked out when they spotted an alien-like creature crawling through a dense forest. Unsure of what it was, the frightened villagers immediately launched a savage attack against the four-legged beast they thought had come from outer space.

After screaming at the strange looking ‘alien’ creature and beating it violently with sticks until it lost consciousness, it eventually dawned on the hysterical workers that the ‘extraterrestrial’ they had beaten up without hesitation or thought, wasn’t a strange creature from another planet, but actually a malnourished sun bear. 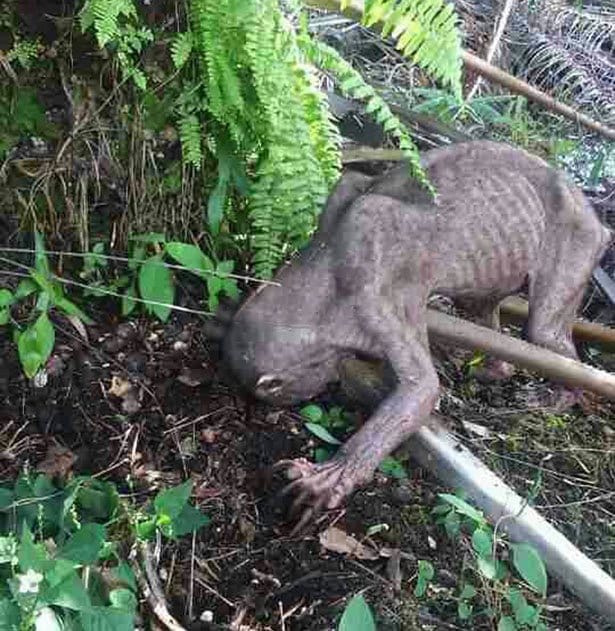 Worker Herman Tutu, 33, explained that they only attacked out of shock and fear of the unknown.

‘We were shocked. None of us has ever seen such thing. One of us then hit the animal until it appeared to have passed out.’

When the poor bear finally regained consciousness, one of the villagers, managed to film the bewildered and terrified creature as it attempted to escape from the ‘monsters’ who attacked her and make its way back to the safety of the forest. Eventually, the Malaysian authorities also confirmed that the “alien” is indeed, a sick sun bear.

This animal is actually considered as a protected specie in Borneo and so it needed immediate attention.

Local residents thought they saw an alien. It turned out to be a sick sun bear. 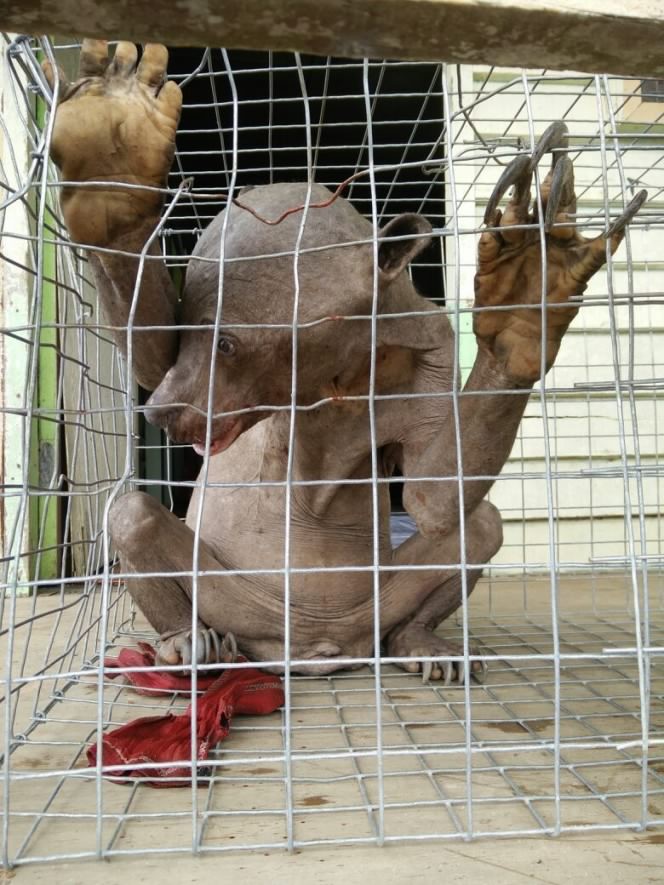 It took months before the animal was found again, this time at a nearby plantation. Although she was obviously defensive at first, her overall condition has since improved – thanks to the help of its rescuers!

The animal has since been rescued and is now in “good and safe place.” 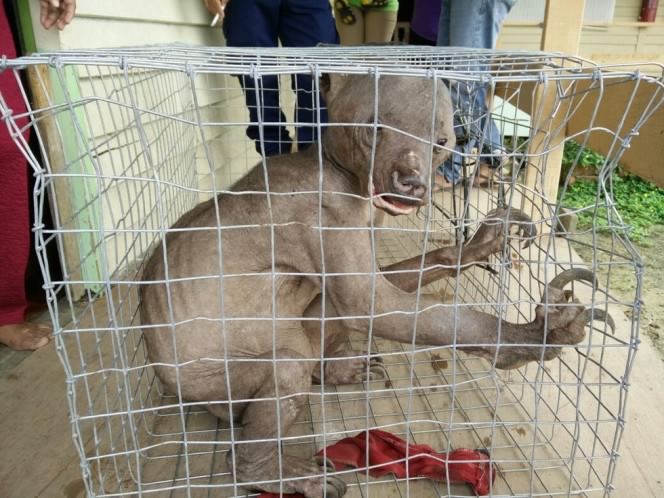 “The bear is in a good and safe place. She has eaten the food and drank the water we gave. But she still is hairless and sick, and we need to find out what the sickness is.”

To give you an idea, this is what a healthy sun bear looks like: 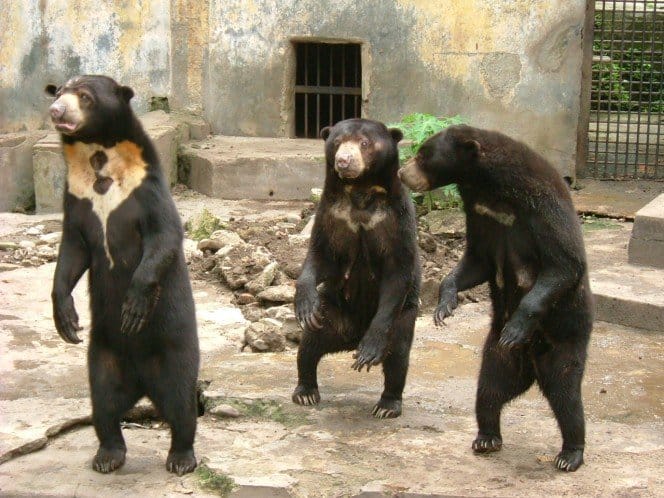 Shortly after the rescue, the animal was brought to Matang Wildlife Center and she was placed in the care of Silje Robertsen. The veterinarian said the bear is suffering from skin infection, moderate anemia, and mite infestation. Fortunately, the animal soon showed signs of recovery and if her health improves further, they hope to release her back into the wild.

According to veterinarians, the poor animal has skin infection, anemia, and mite infestation. 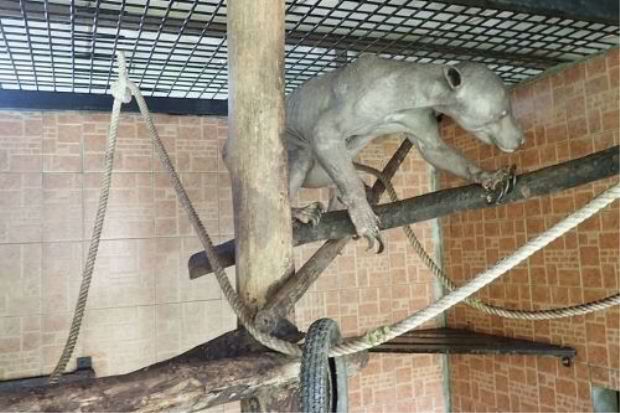 Well we do hope that the poor sun bear gets better sooner than later. Kudos to everyone involved in restoring her to good shape!

Orangutan and Her Baby Luckily Survived a Forest Fire, Only to be Stoned by Villagers 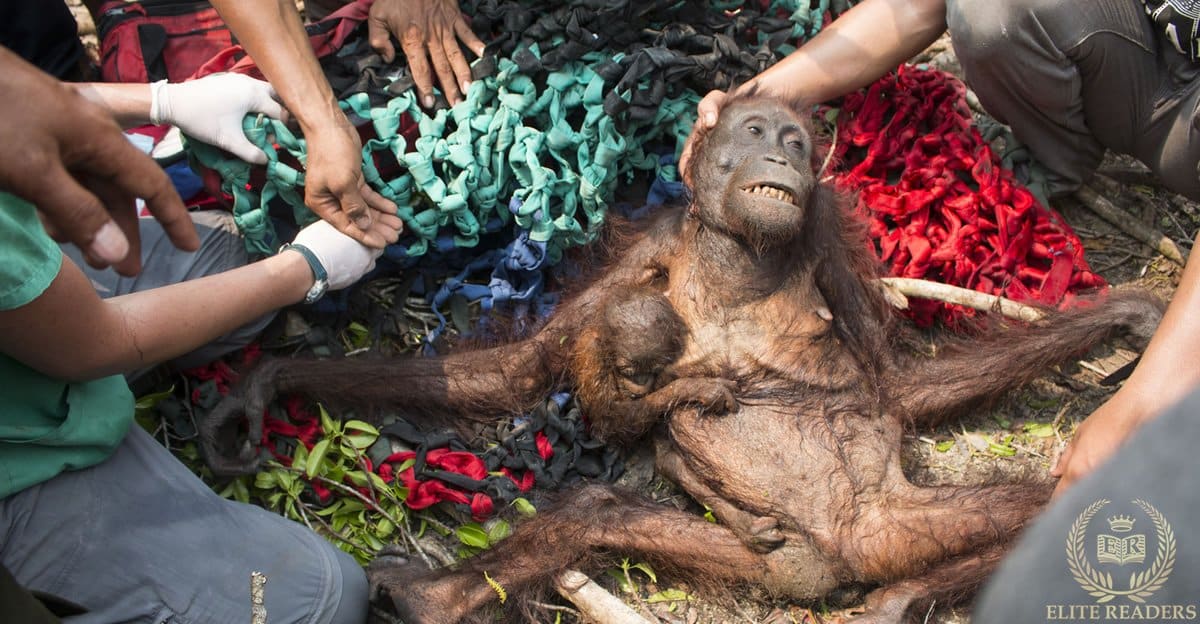