West Kalimantan, Indonesia—an endangered Borneo orangutan and its son, Gito fled from their natural habitat due to a massive forest fire, only to be hurled with rocks and captured by the local villagers on October 14, reports say.

The fires currently affect Sungai Putri and Pematang Gadung. These are two protected areas with the largest orangutan populations in Ketapang.

In the photos, members of the International Animal Rescue (IAR) administered immediate treatment to the traumatized and malnourished pair. The IAR arrived just in time to rescue them from the angry villagers who were about to tie them up. 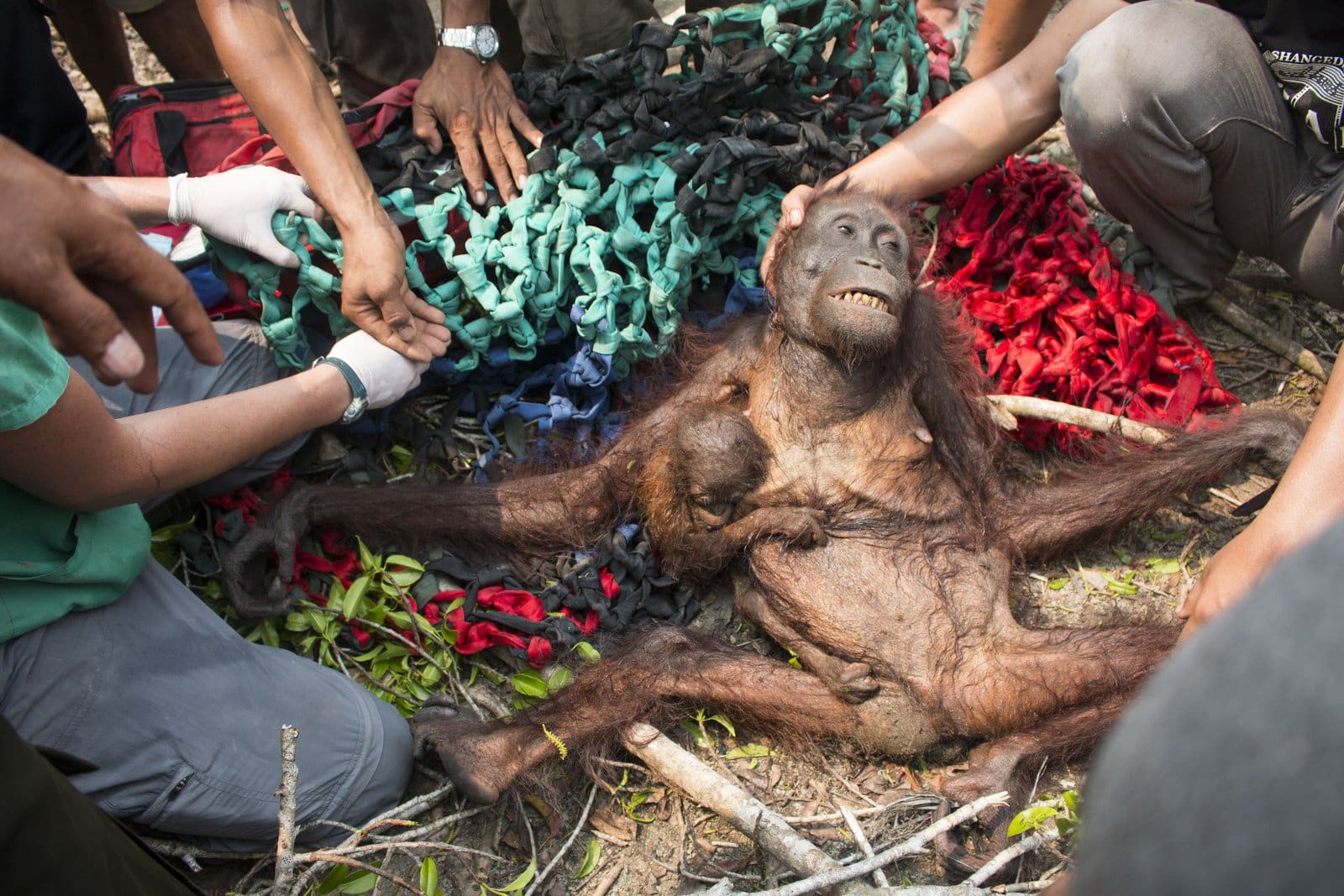 “It’s not uncommon for local people to react badly when they encounter wild orangutans,” Lis Key from IAR told said. “They have never seen an orangutan before, and many of them are frightened – or they regard them as pests.

“In some cases villagers only throw stones to frighten the orangutans away, but others do try to capture wild orangutans. Mostly people will kill the adults and even eat them while they will either keep the baby or sell it as a pet.” 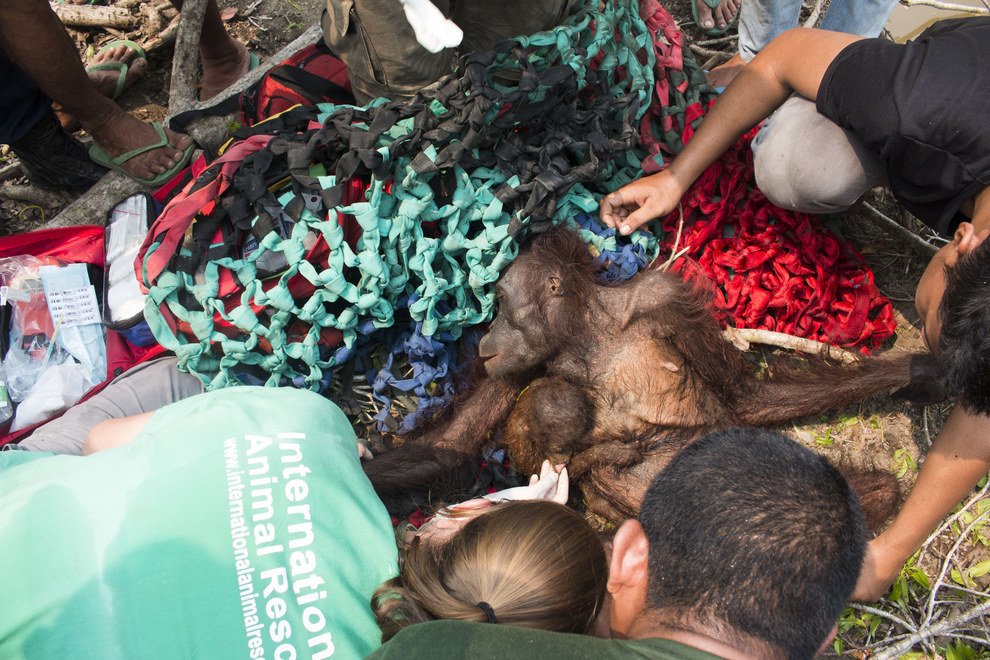 The IAR team immediately anesthetized the adult and administered intravenous fluids while the frightened baby clings to her all throughout. The team also removed the rope tied around the mother’s waist. The adult orangutan sustained minor skin injuries. Despite her thin frame, she still produced milk for Gito.

Karmele Llano Sanchez, the program director for IAR Indonesia said, “It was very fortunate our rescue team got there in time, otherwise the orangutans would have been killed.”

Illegal forest and agricultural fires lit to clear land for plantations have spread to protected areas—national parks and conservation areas included. The fires and the region-wide pollution intensify due to the arid season. 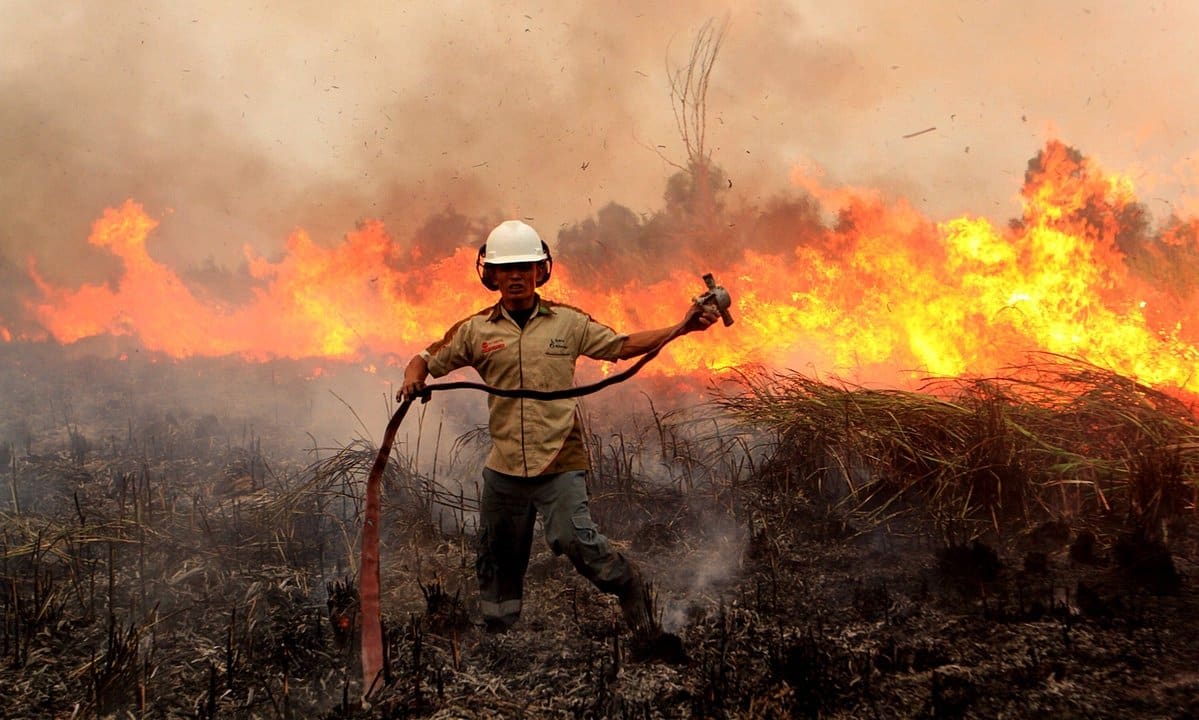 “Many people believe the current fires are the worst since then. They are linked to the El Niño weather phenomenon and extended periods of drought during the dry season,” the IAR stated.

The blaze forced the apes to retreat and head to villages to find food. It’s not just their homes that are in peril, but their lives as well. 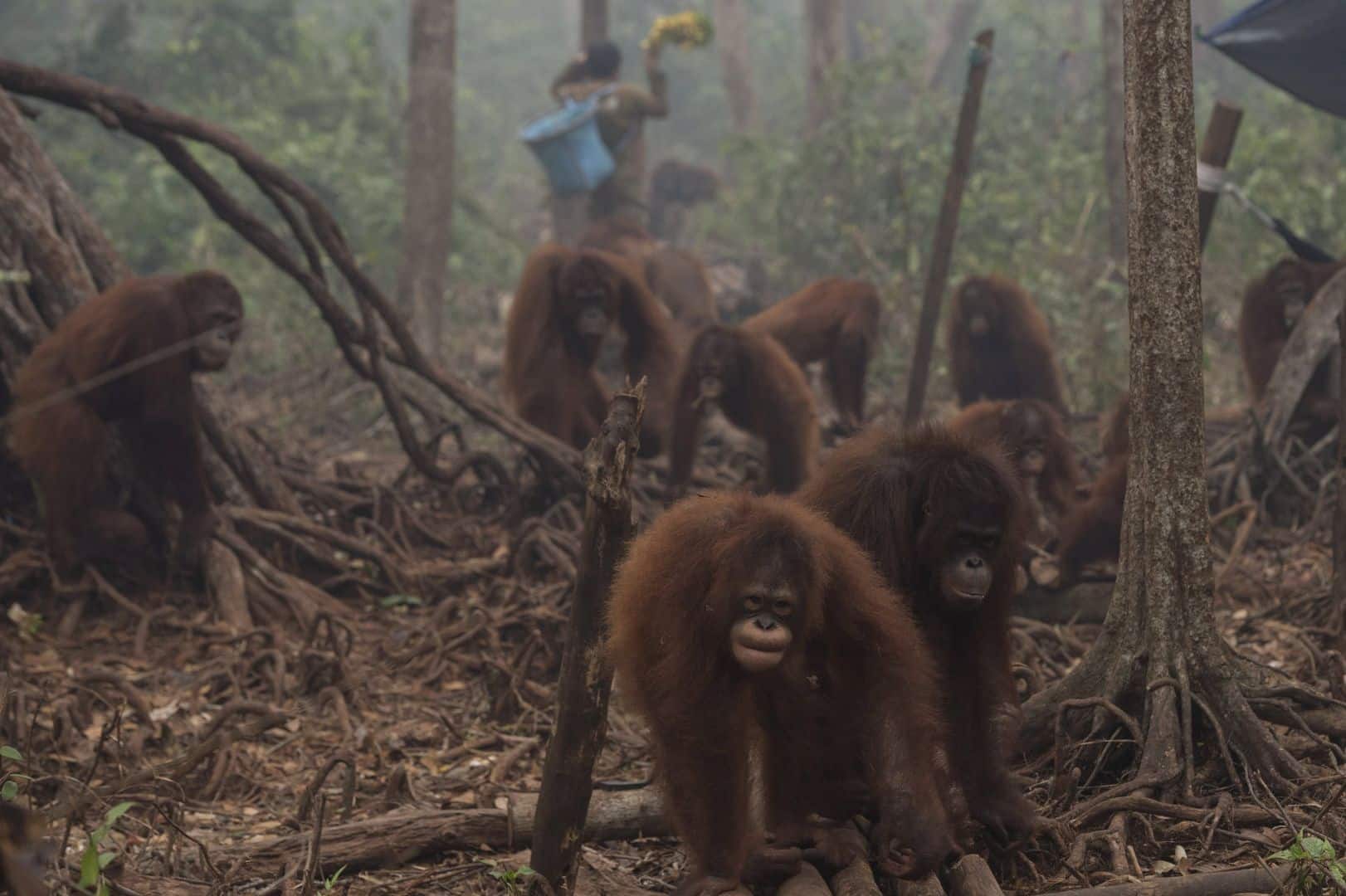