Acid attack, a form of violence which aims to disfigure, maim, torture, kill or blind a victim, is a worldwide phenomenon that is not limited by race, religion or geographical location.

Nobody knew the reason why a stranger poured acid on Little Nhi four years ago, but a good samaritan is finding ways to change the young Vietnamese girl’s life.

When Nhi was just six years old, a mystery attacker poured acid on her causing the little girl to suffer horrific injuries. The attack left the innocent girl almost unrecognizable, burning her entire head and leaving her blind in one eye.

A random stranger poured acid on this girl four years ago causing her to suffer horrific injuries. 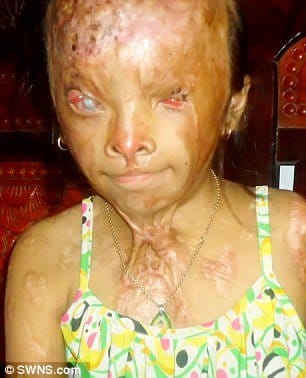 Because of lack of care and poor living conditions, the young victim’s head and eye had become infected.

Luckily, a good samaritan named Wendy Vu found Nhi while travelling around Vietnam. The kind-hearted hairdresser and nail technician from Bexhill-on-Sea in West Sussex stepped up to help the young acid attack survivor.

“I was appalled by what I saw and aware that the girl’s mother was extremely poor and that in Vietnam there is no national health service,” she told The Daily Mail UK.

”I decided to embark on a fundraising initiative to pay for essential basic medical treatment that Nhi requires.” 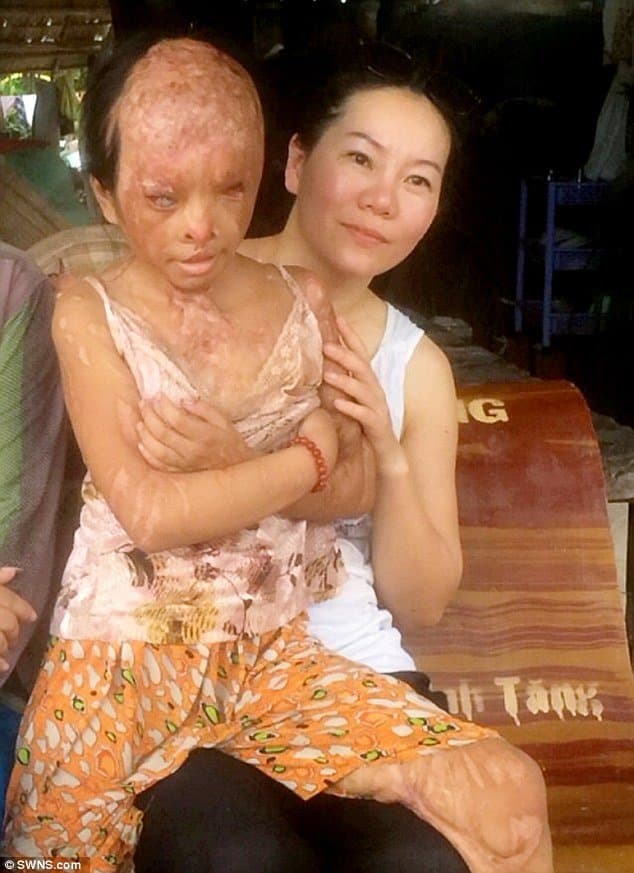 Since their life-changing encounter last year, Vu has raised £5,000 to pay for essential basic medical treatment that Nhi needs. Vu’s fundraising initiative had enabled Nhi to undergo a surgery that will help her breathe properly.

However, Nhi’s infections requires her to undergo more surgeries and treatments in the future.

Determined to keep raising money for Nhi, Vu has approached Facing the World, a charity that helps children with facial disfigurements from third-world nations.

You can help Nhi by donating.