A horrific video has recently gone viral and it shows a speed boat dragging a shark in the waters of Florida. The video has since outraged many, contrary to what the people in the video has expected.

Florida’s sport fishing community are not happy with the video which shows a shark, tied to the back of a speedboat and dragged at high speed. The video lasted for about 11 seconds and it shows the poor shark flailing around helplessly as it was repeatedly flown into the air and crashed into the surface of the water.

Distressing footage of the shark being dragged at high speed. 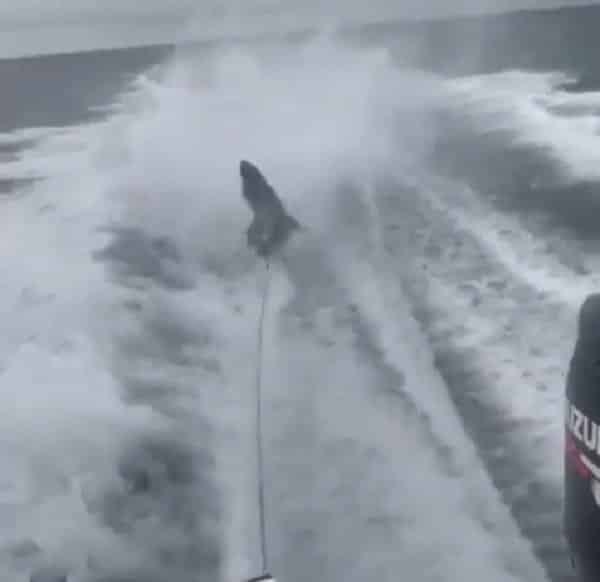 The video was later uploaded on various social media sites and it went viral, drawing some negative backlash from netizens everywhere. Wesh2 News obtained a photo showing the shark ripped to pieces as it was being held by the two men on the video. The photo has not been released because it was graphic.

Here is the viral video:

“The FWC takes this very seriously and is currently investigating this incident. We are also attempting to identify the individuals in the video and where it took place.”

South Florida charter fishing Captain Mark “Mark The Shark” Quartiano said he received the video by the two men with usernames ‘bearjew428’ and ‘MICHAELWENZEL’, who were believed to be the same individuals on the speed boat. He uploaded the video on Instagram.

“This is just really sick, one of the most horrific things I have seen in 50 years of professional sport fishing. I don’t know if this is criminal, but it would seem to me that this is animal cruelty and they should be prosecuted.”

One of the men on the boat. 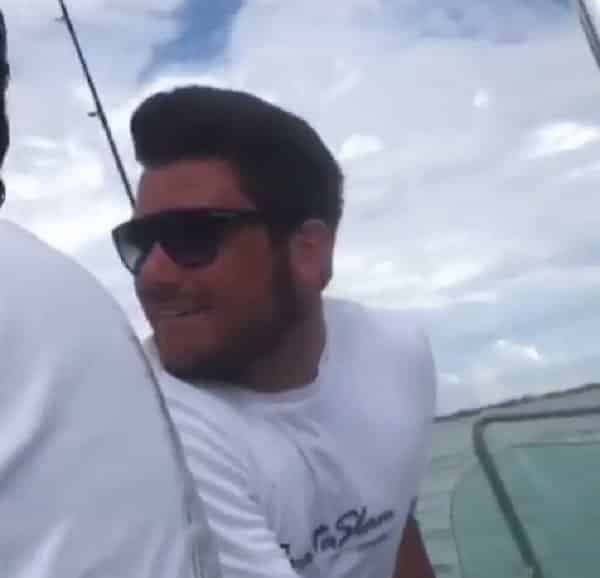 Michael Wenzel, one of the people on the speedboat, is now under investigation by the police. 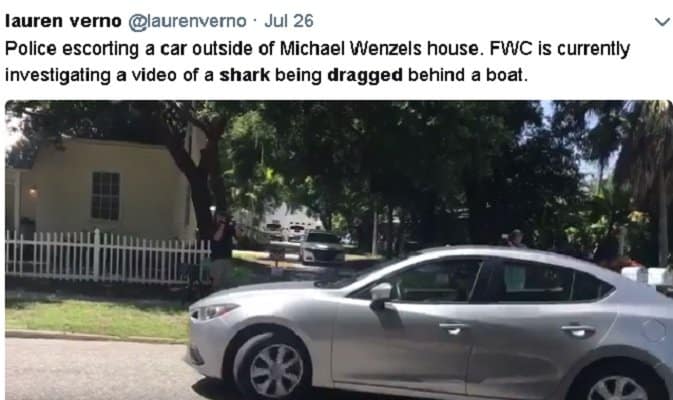 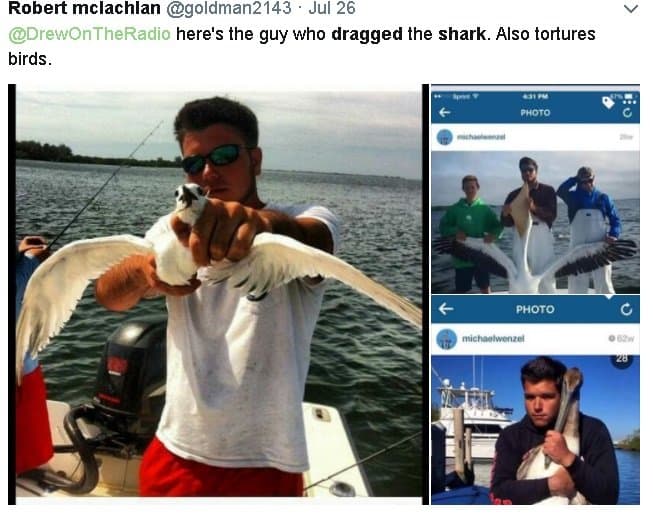