A video of a mysterious creature spotted by bikers along a dirt track in Banda Aceh, Northern Sumatra is getting a lot of attention. The creature appeared to be half-naked, shorter than the average human, and was carrying a stick while running away at full speed from the bikers.

One of the riders fell off his motorbike upon seeing the strange figure leap out of the trees. Other members of the group tried to catch up with it, but the creature was too fast and had already disappeared into the bushes.

A strange creature was spotted by bikers along a forest trail in Banda Aceh, Northern Sumatra.

The group stopped at the spot where the creature disappeared, and they were able to find the stick it was carrying earlier. The mysterious figure itself, however, was nowhere to be found.

Some viewers suggest the creature could be a tribesman. 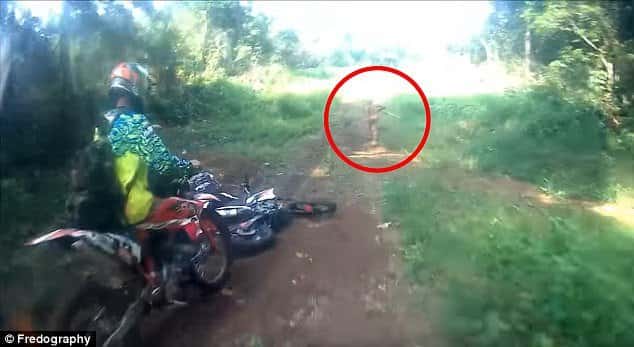 Some suspect what the bikers spotted is a member of the Mante tribe, which is believed to be forest dwellers. They are said to be smaller than the average human and are not friendly to outsiders.

Some say, however, that the Mante tribe is not real. 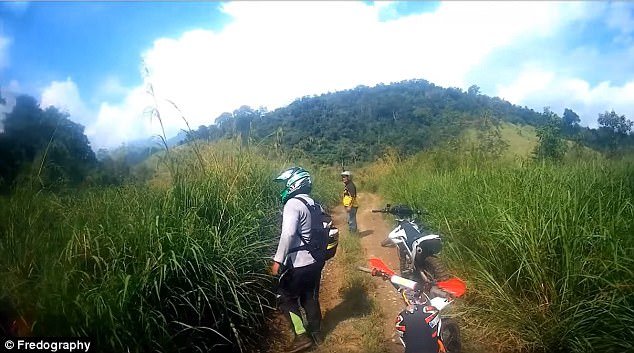 The only record of the supposed tribe dates back to the 17th century, when it was said that two Mante tribesmen were captured and presented to the Sultan. But most people think the Mante tribe is simply a myth.

There are also other pygmy tribes living in Indonesia. 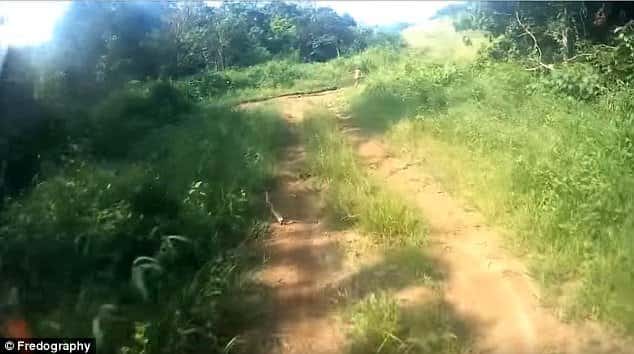 While some tribes are elusive, others are a little friendlier to outsiders. These include the Ebu Gogo in Flores, the Oni tribe in Bone, the Uhang Pandak in the Sumatra forest, and the pygmy tribe in Rampasasa, Flores.

It’s still unclear what the bikers really saw, and we might never know for sure.