Want an adventure of a lifetime? Why not try Anachak Chang Pattaya — also known as Elephant Kingdom — in Thailand, where you can be surrounded by a number of hungry crocodiles and feed them while standing on a raft. Sounds dangerous, right?

Horrifying snaps of Chinese tourists standing on a flimsy raft while feeding hungry crocodiles went viral online and it will send chills down your spine. The tourists, along with some kids, scrambled aboard the make-shift raft floating on top of plastic barrels. 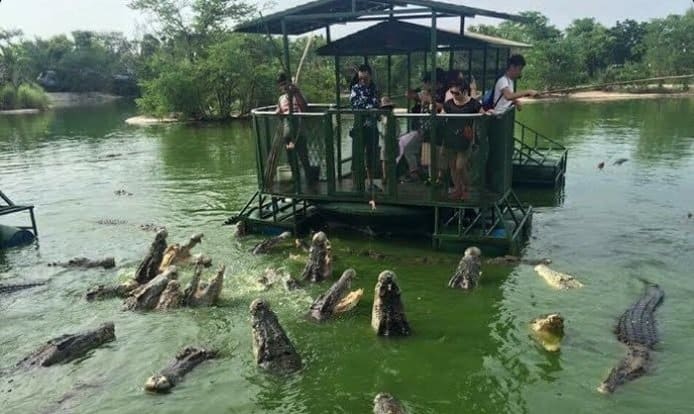 The day-trippers are holding what-looks-like fishing sticks with chunks of meat to lure and tease the hungry 3-meter crocodiles. The reptiles, on the other hand, can be seen jumping out of the water to get their treat. 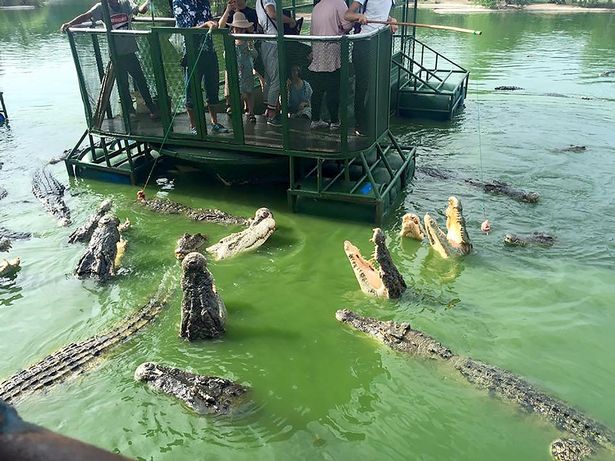 The photos, which were captured by a motorcycle-taxi driver named Jon Nok, quickly went viral and started to spark outrage from the netizens who are asking to close the tourist spot. The police, too, immediately visit the place when the pictures emerge. 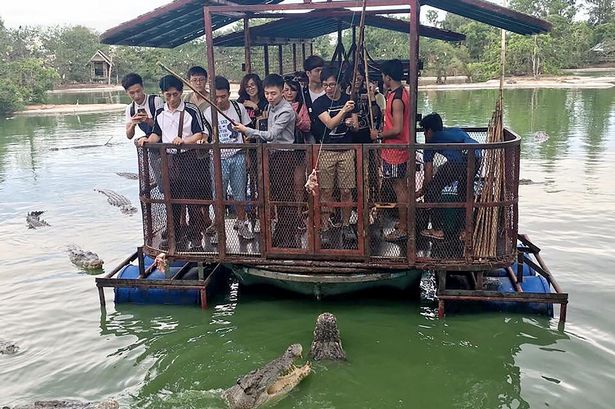 Hence, Elephant Kingdom’s license is now suspended for 90 days for safety reasons. The director-general of the Fisheries Department Adisorn Promthep said that the feeding activity at the farm could put the lives of the tourists in danger. 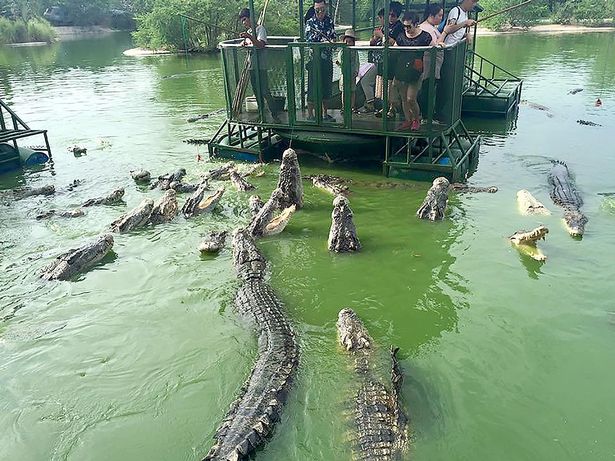 He further explained that Elephant Kingdom violated a ministerial regulation published under the 1992 Wildlife Preservation and Protection Act that demands public zoo operators to keep the safety of their visitors and the people living nearby, as per Bangkok Post . 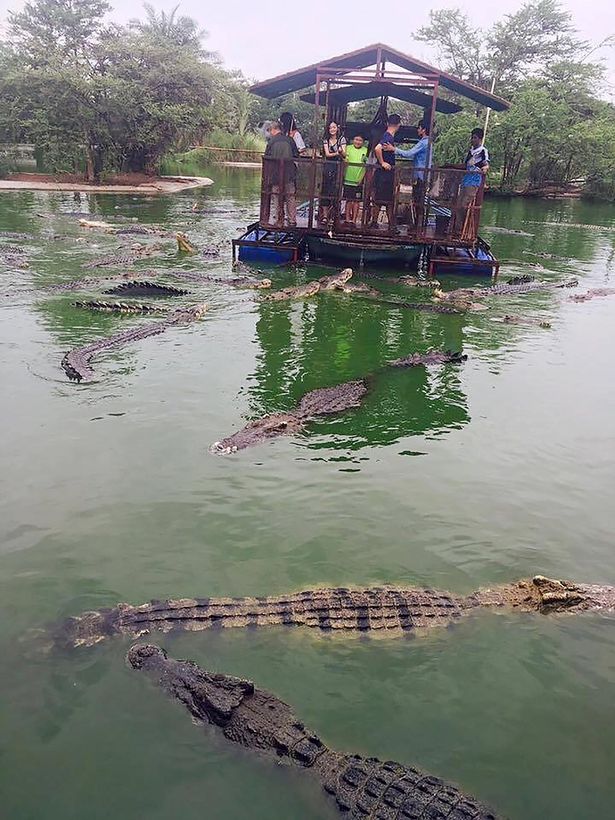 However, Elephant Kingdom owner Uthen Youngprapakorn explained to Mirror that they only let 15 people to enter the cage.

The raft, which is about 5×10 meters, has outboard motors and cables that will let the tourists be towed quickly in case something happens. It is also designed with chest-high barriers, but people who saw the pictures still believe it is too dangerous.

Elephant Kingdom is owned by Utairatch Crocodile Farm & Zoo Co, which are responsible for breeding crocodiles.