What’s the worst thing that could get stuck inside your nose?

We can probably think of a few nasty stuff if we let our imaginations run wild. However, as long as it’s an inanimate object, it’s okay (I guess?)

But what if it’s not?

What if it is living thing like what this vet found in this cat’s nose? 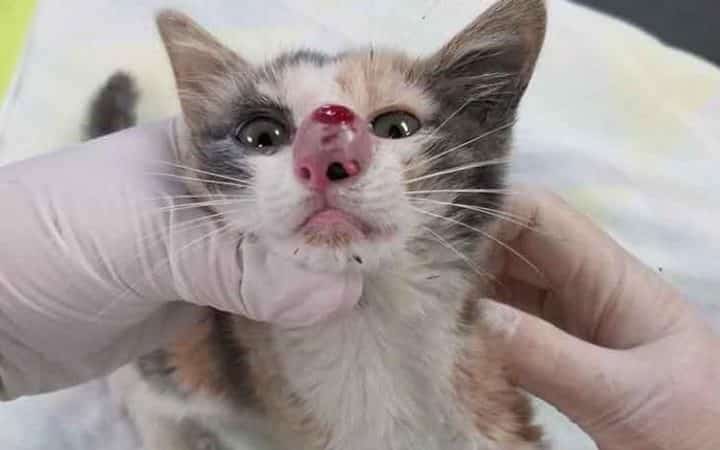 The Nebraska Humane Society released a disturbing video to warn pet owners about an opportunistic parasite, the Cuterebra. The Cuterebra is a fly parasite that infects dogs and cats, particularly those that spend time outdoors. It’s eggs attach to the hairs and then use the host’s body heat to hatch the larva.

During grooming, when the dog or cat typically licks itself, it inadvertently licks and swallows the hatched larva as well. Ultimately, it burrows into the animal’s cavity or skin. It can also enter the body via an open wound.

“It’s cuterebra[sic] season here at NHS and last week we had a little dilute tortie (tortoiseshell) /white kitten come in with one of these perpetrators in an unusual place.”

In the footage, shelter veterinarian, Dr. Elizabeth Farrington pulled out a slug-like larva from the nose of an infected stray cat. The feline’s nose swelled due to the huge parasite and it struggled to breathe.

Warning: This video may not be suitable for all viewers.

The NHS states that an advanced-stage larva, which is similar to the one in the clip, can grow as big as the size of the first joint of an adult thumb.

Before/after a cuterebra was removed.

Pet owners should bring infected animals to the vet and avoid extracting the parasite themselves. In their website, the NHS warns:

“Squeezing the lesion with your fingers can rupture the larva and cause an infection.

“The larva should be removed as a whole piece, rather than in parts, in order to reduce the pet’s body’s reaction.”