A female activist was recently apprehended by the police after she protested in the streets of Vatican. Apparently, the woman was topless and she breastfed her baby out in the open.

The protester, whose name has been withheld in the reports, staged a solo demonstration in behalf of feminist group Femen. The protest earned mixed reactions not only for the general public but also from netizens who heard about the news.

As anyone can expect, it didn’t take long before the authorities arrived and so she was immediately detained afterwards.

She had the words ‘Alma Mater’ painted on her chest and back, which literally means “mother feeding” in Latin.

Meanwhile, a Femen spokesperson said that the protester’s purpose was to catch Pope Francis’ attention so he could recognize mothers’ rights to breastfeed their children, whenever they want and wherever they are. 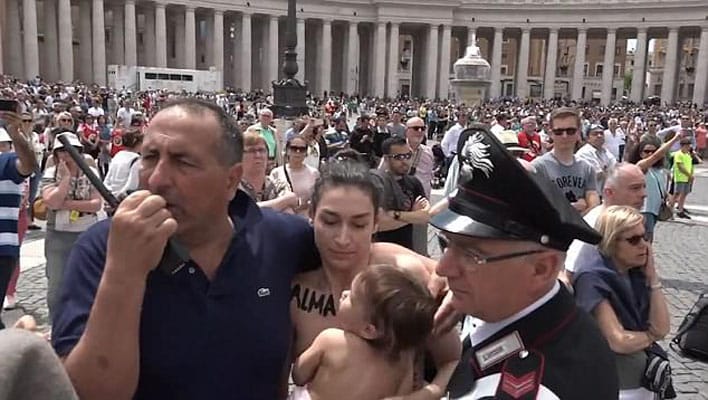 Some agreed with the woman’s beliefs on public breastfeeding while others pointed out it was disgusting that she had to “use” a child to get her message across.

It looks like there’s no stopping Femen protesters anytime soon. 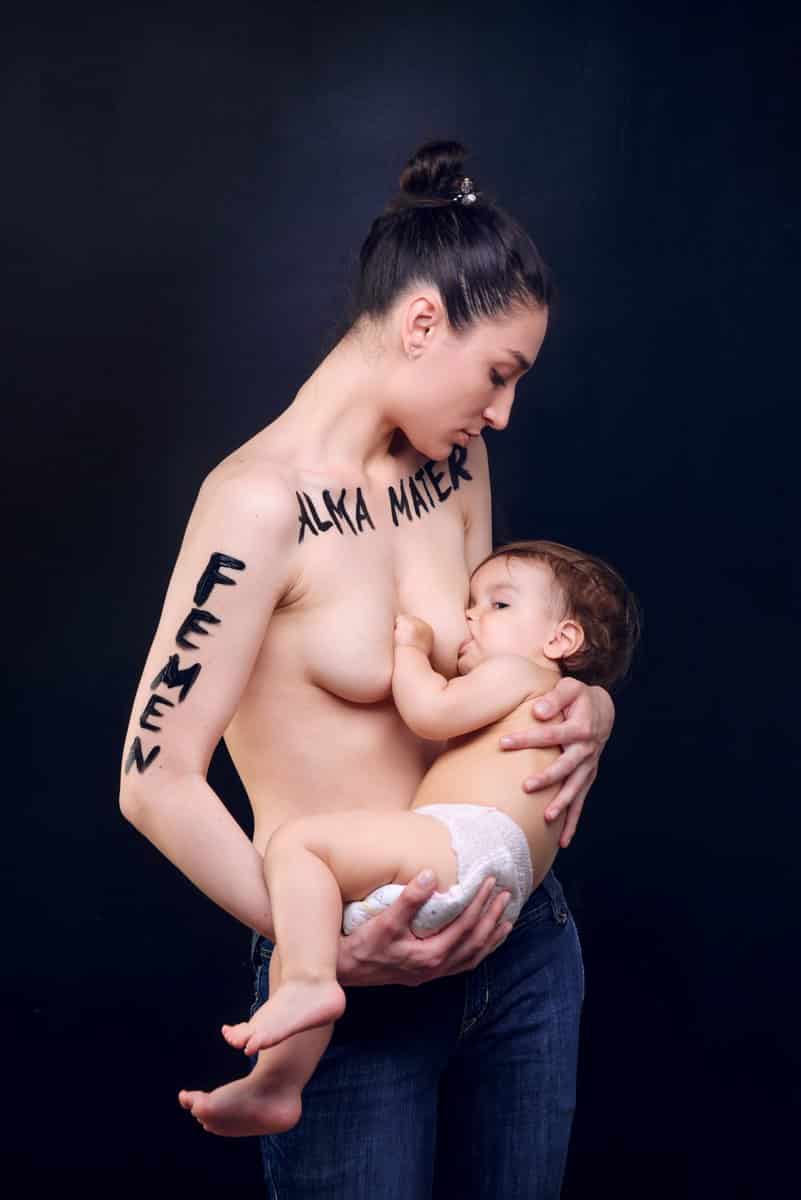 In fact, their official website tells us that they are:

“An international women’s movement of brave topless female activists painted with the slogans and crowned with flowers.

“FEMEN female activists are the women with special training, physically and psychologically ready to implement the humanitarian tasks of any degree of complexity and level of provocation.

“FEMEN activists are ready to withstand repressions against them and are propelled by the ideological cause alone.

“FEMEN is the special force of feminism, its spearhead militant unit, modern incarnation of fearless and free Amazons.”

Well what do you think about this type of protest, folks? Is it effective or not? Let us know in the comment section below.