There are only a few things more magical than a reunion. A pair of twin sisters who were separated at birth were finally reunited after several years apart. Interestingly, neither of the girls were aware that they had a twin. Luckily, one of the girls’ mothers was able to arrange their reunion.

Little Audrey was adopted by the Doering family in 2007. Her mother Jennifer tried to learn more about her daughter’s biological background and discovered that Audrey had a twin. She immediately sought help through Facebook and managed to reach Nicole Rainsberry, Gracie’s mother. A reunion between the twin sisters was arranged by Good Morning America, and it was truly a tearful one.

Audrey and Gracie are about to meet for the first time since they were separated at birth. 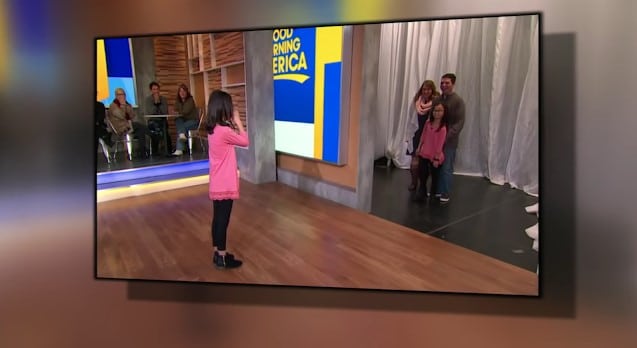 Audrey’s family lives in Washington while Gracie is hundreds of miles away in Wisconsin. Nevertheless, the families decided to travel all the way to the GMA studio so the twin sisters could finally meet.

Although the two had been FaceTiming to coordinate their outfits for the reunion, they still got emotional when they finally saw each other in the flesh.

Audrey and Gracie were confirmed to be identical twin sisters. Their parents shared that they even dressed alike and wore the same eyeglasses even before they met.

Can you even tell these two apart? 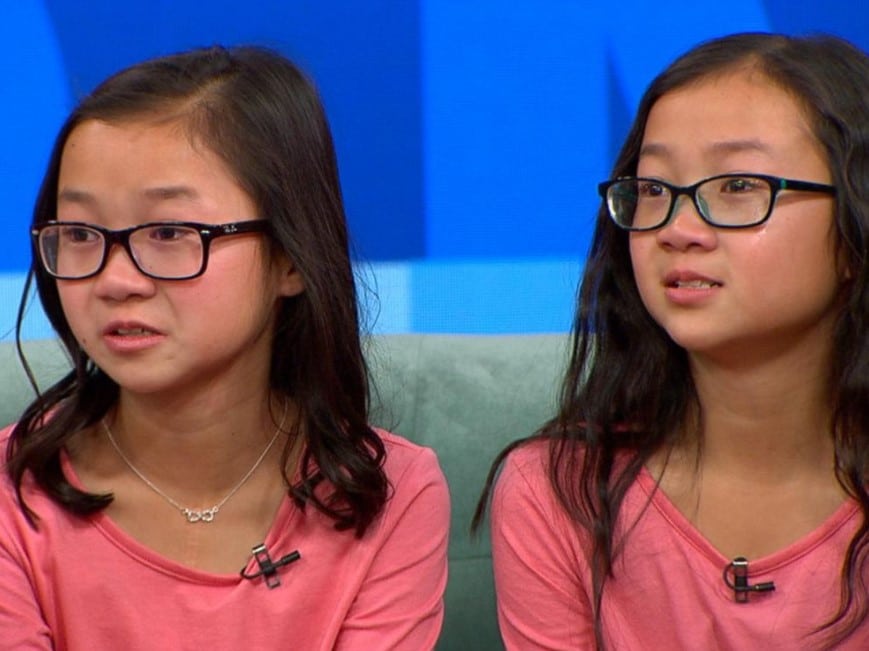 When asked how she felt about meeting her long-lost sister, Audrey could barely speak but she uttered the most precious sentiment.

“It felt like something was missing, and now it’s complete,” she said.

It was a tearful reunion filled with joy. The twin sisters were given plenty of time to hang out while they were in New York City. They were given tickets to School of Rock on Broadway as well as airline tickets so they could visit each other as often as possible. Needless to say, these are two girls whose lives were made even brighter with love.

Watch the amazing reunion below: