Three people stranded in the ocean in Bohol have been rescued by a passing tugboat. The skipper of M/tug Atria spotted the three victims floating in the waters on March 19 with only the help of empty plastic gallons and pieces of bamboo.

The tugboat crew embarked from Jagna, Bohol and was headed to Manila International Container Terminal (MICT), located in Tagoloan, Misamis Oriental, as reported by the Philippine Coast Guard. Victims rescued were identified as 60-year-old Ascale A. Melcarane and his two daughters, 12-year-old daughter Jisseca and nine-year-old Yara K. All hail from Canlipa, Surigao City. 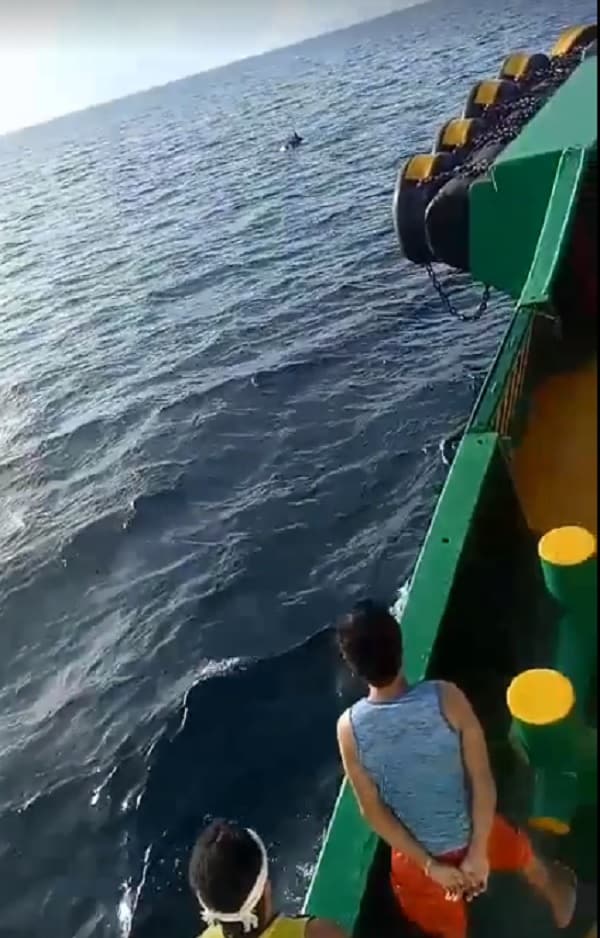 The crew, after spotting the victms, threw out a lifebuoy for them to hang on to. They then pulled them to safety.

The tugboat successfully rescued the victims, who turn out to be a father and his daughters. 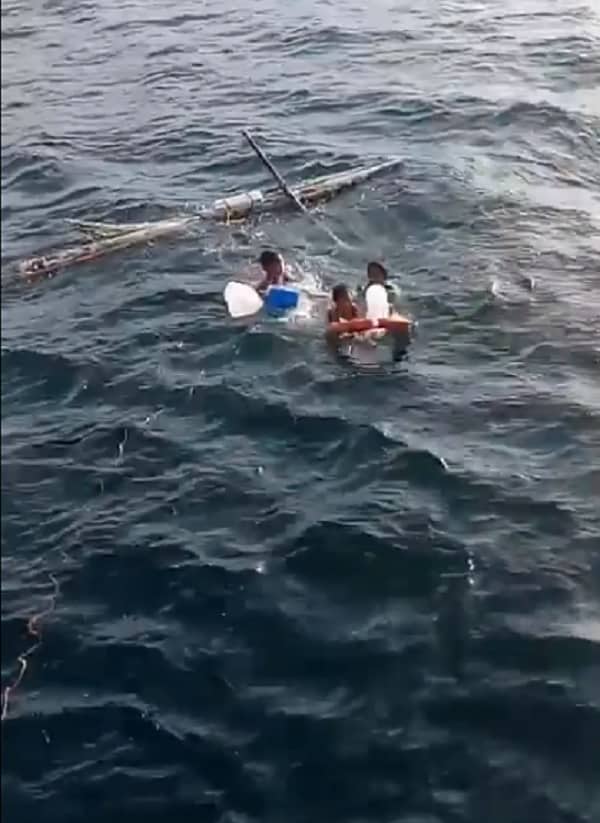 It was then realized that the family was stranded for three days. 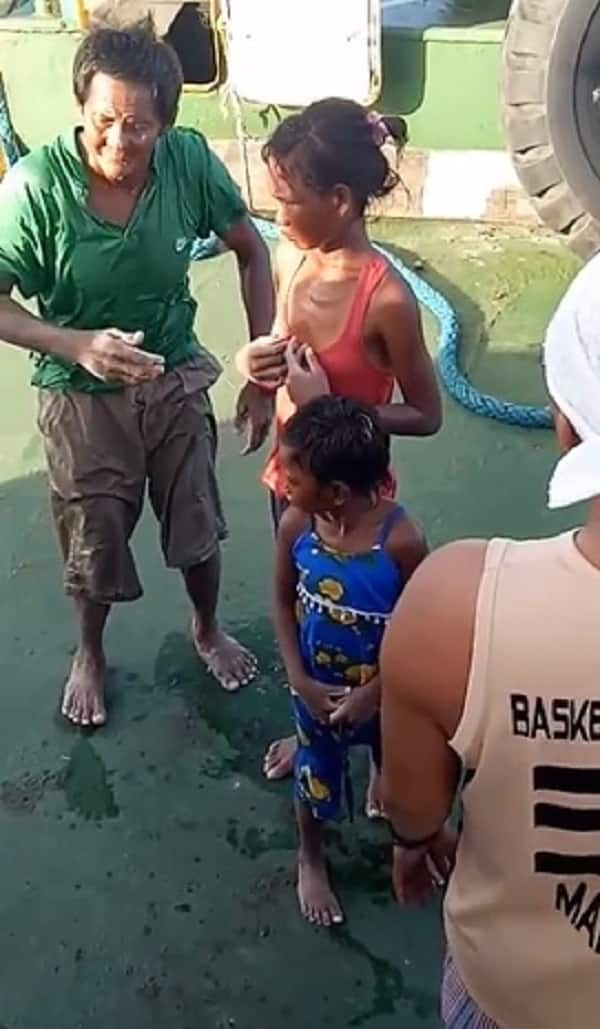 According to Ascale, they were aboard a motor boat and set off on March 16 from Bato, Leyte back to Surigao. However, the waves were strong that time and they struck their boat, which caused it to capsize.

In the video, one of the crew members can be heard saying that the team is headed for Cagayan de Oro and asked the family to tag along, to which Ascale agreed. The crew then asked the trio to go inside the cabins to warm them up and give them some food.

When the tugboat arrived in Misamis Oriental, a personnel of CGSS Tagoloan offered the needed assistance to the victims.

The three were then transported to Cagayan de Oro where they received medical attention.

The rescue situation was all filmed (video below) by one of M/tug Atria’s crew members . This was then uploaded on Facebook, where people expressed their gratitude toward the rescuers. According to the Philippine Coast Guard, the Mercalanes have been cleared off of any medical issues and are under the custody of CGS Cagayan De Oro.

Watch the rescue video below.