Everyone loves to travel. Some people even save money for years to fulfill their dreams of exploring different places. But this very lucky puppy adopted by a loving Ukrainian couple might have gone to more places than you.

Kristina Masalova and Eugene Peterus quit their jobs in Ukraine and are travelling the globe to find a “perfect place” to live. Their first goal is to explore Asia. While visiting Kochi in India, the two found a puppy and named him Chapati. Now Chapati is a full-time adventurer. They also made her an Instagram account named Travelling Chapati which now has thousands of followers.

The couple found the dehydrated, starving, and flea-ridden little puppy in Kochi. 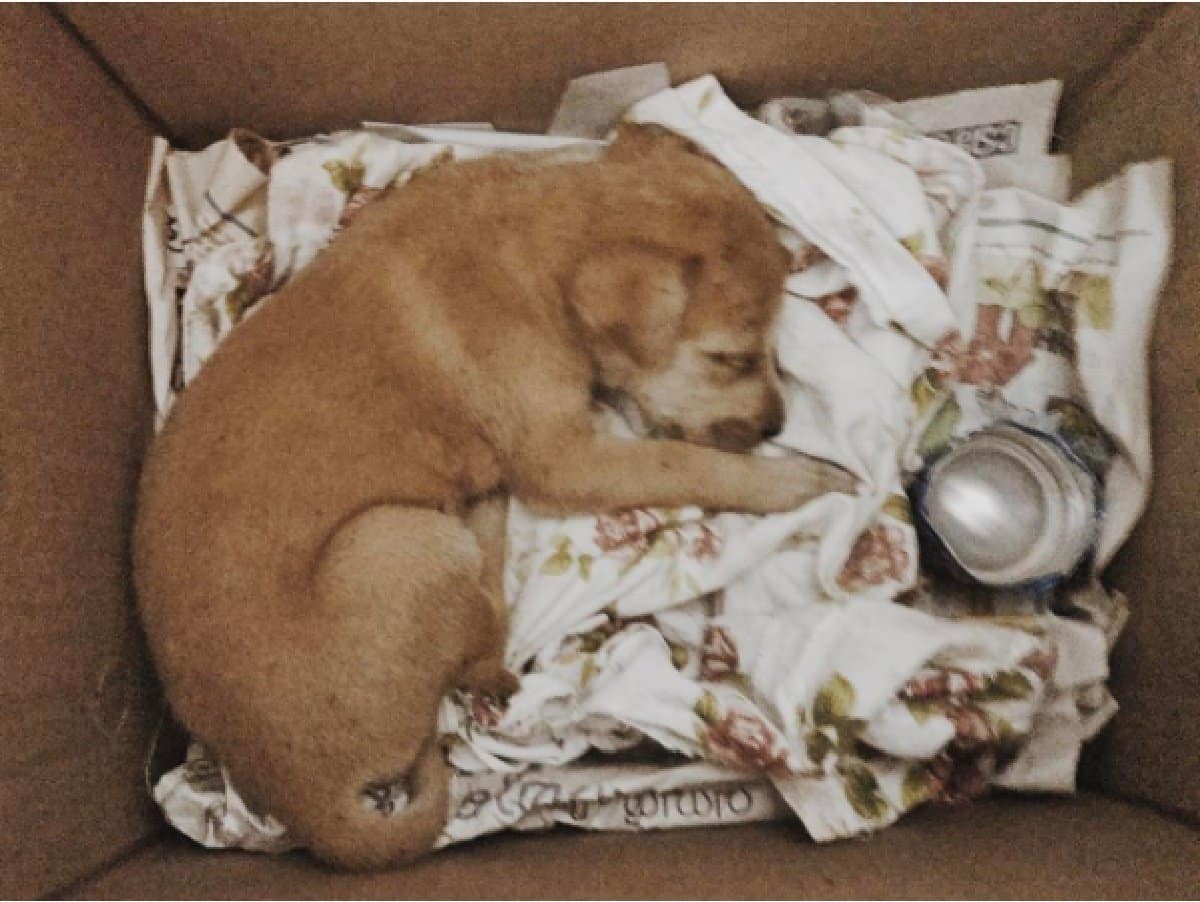 Kristina described their fateful meeting with Chapati on InUth:

“We found Chapati on the third day of this huge journey. She was crying, being all alone on the crossroad in Fort Kochi. When we inspected her condition, we realized that she has only a few hours left. We were not sure that we could save her life, but we really wanted to try.”

The two didn’t manage to find a pet hospital open at night so they decided to save her themselves, which they described as the “hardest night” of their life.

“At that point, we found that we want to name her like our favorite Indian bread because she had the same tan color and was very thin. Probably the moment of naming her was the point of no way back: we realized that she is definitely OUR dog and we are not going to search for new owners.”

Chapati and the couple have already traveled to India, Nepal, Thailand and Myanmar. Now they are currently in the Philippines.

Here are some places Chapati have been to so far: 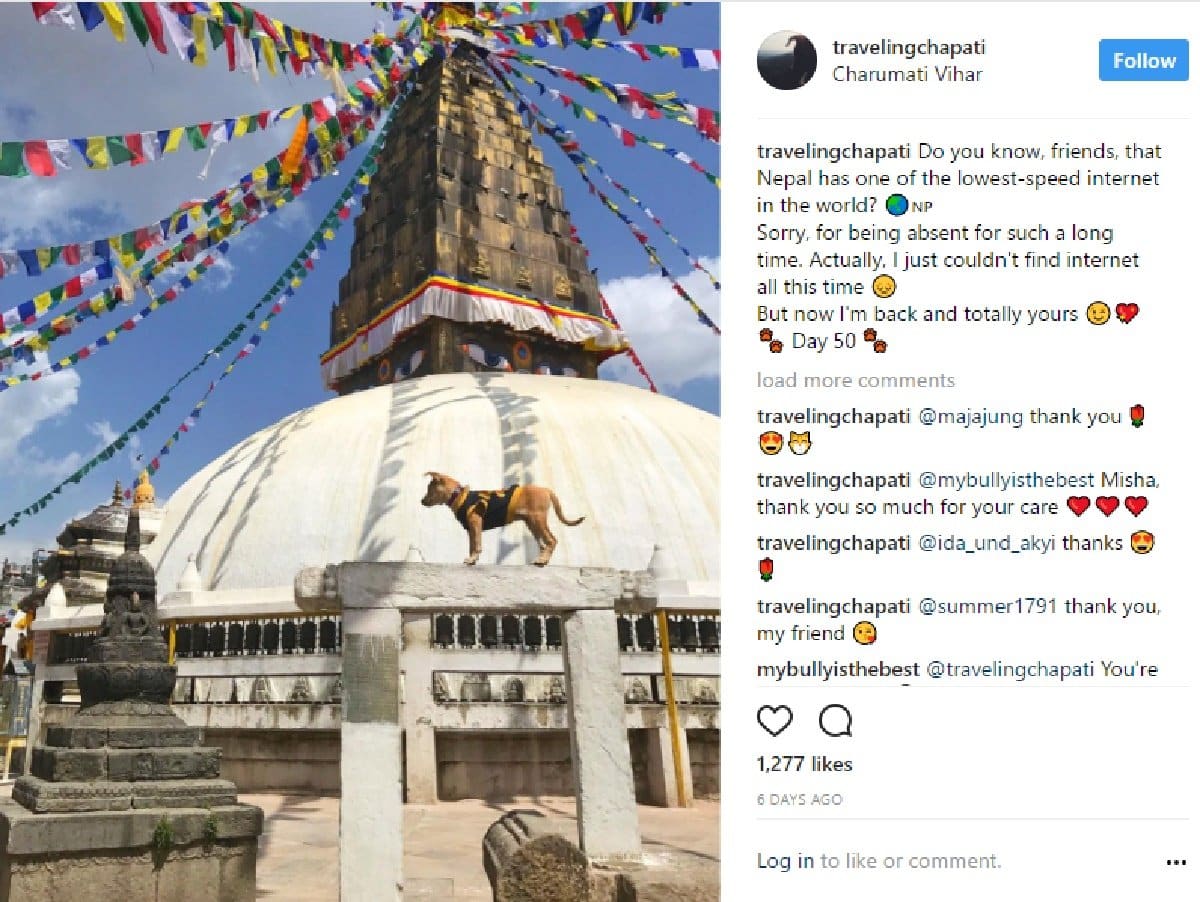 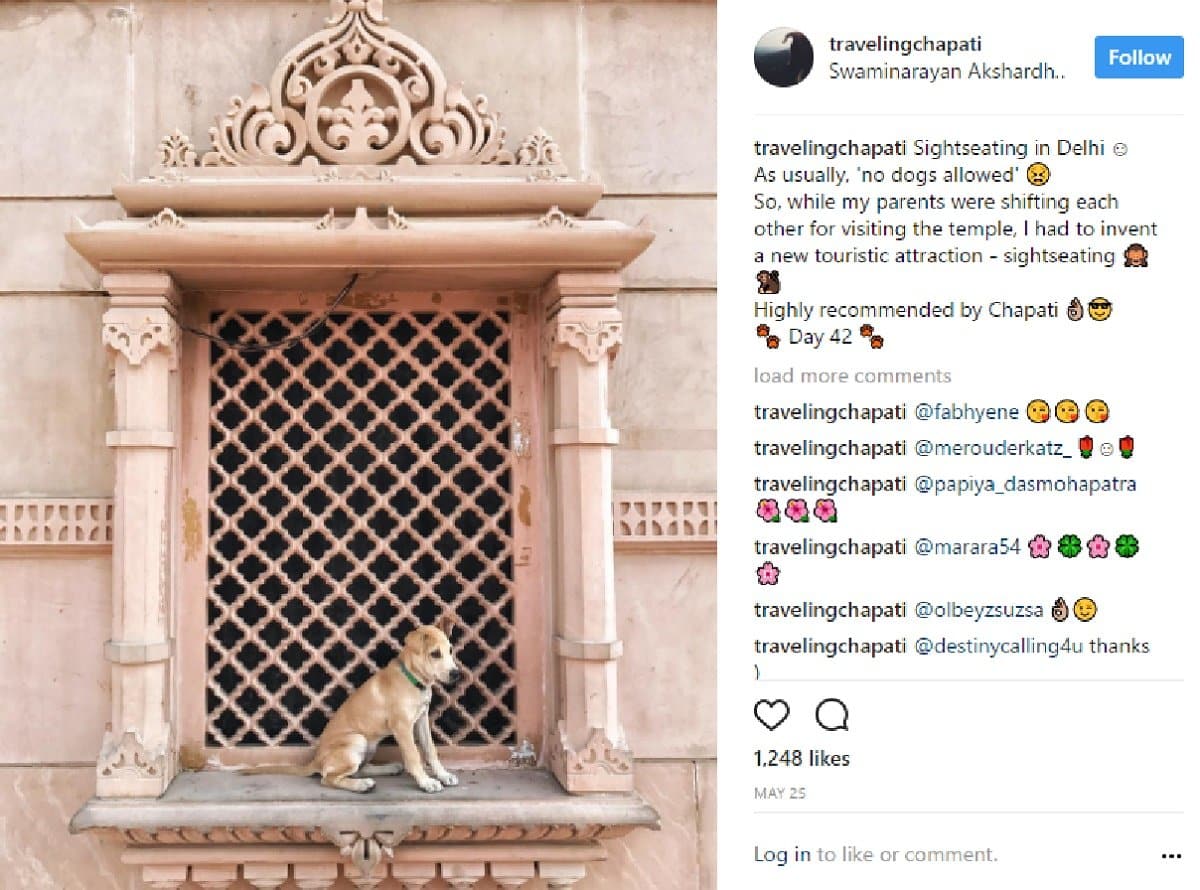 Church Of St John In The Wilderness, Mcleod Ganj, India 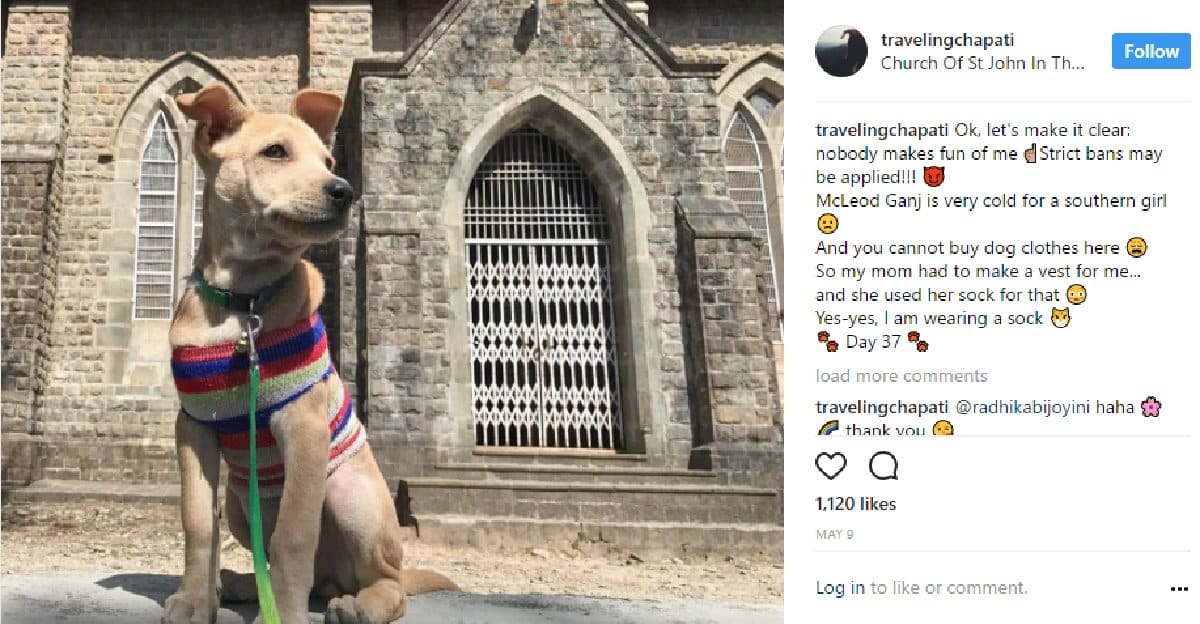 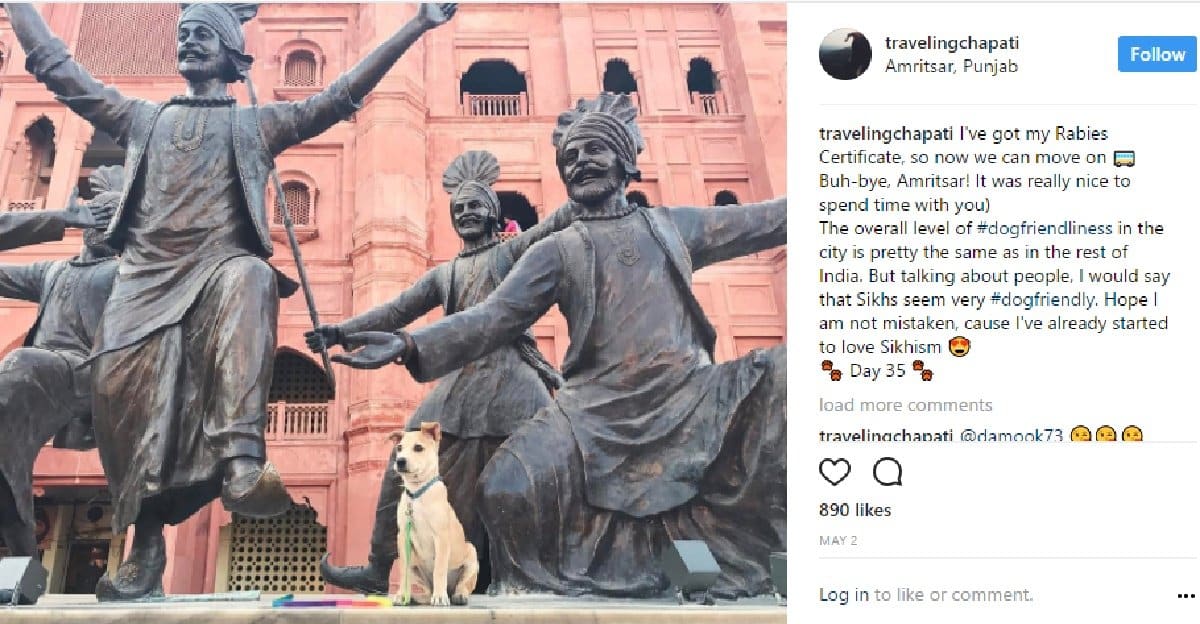 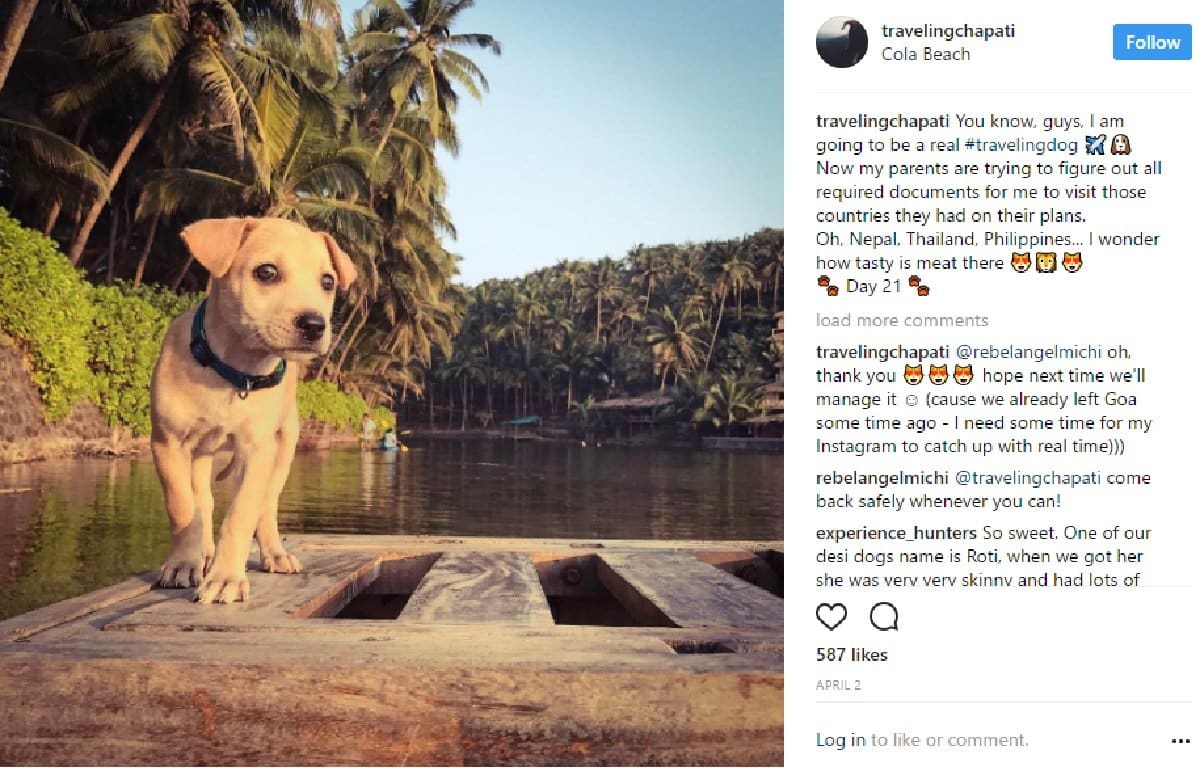 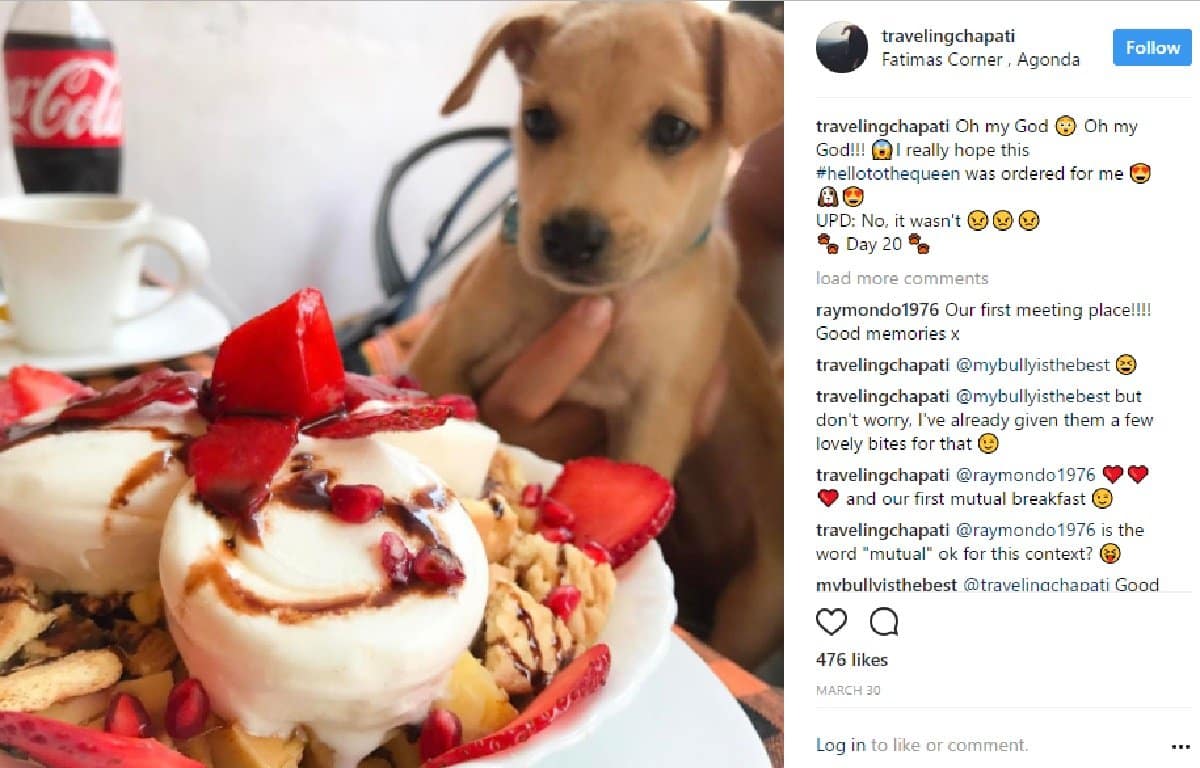 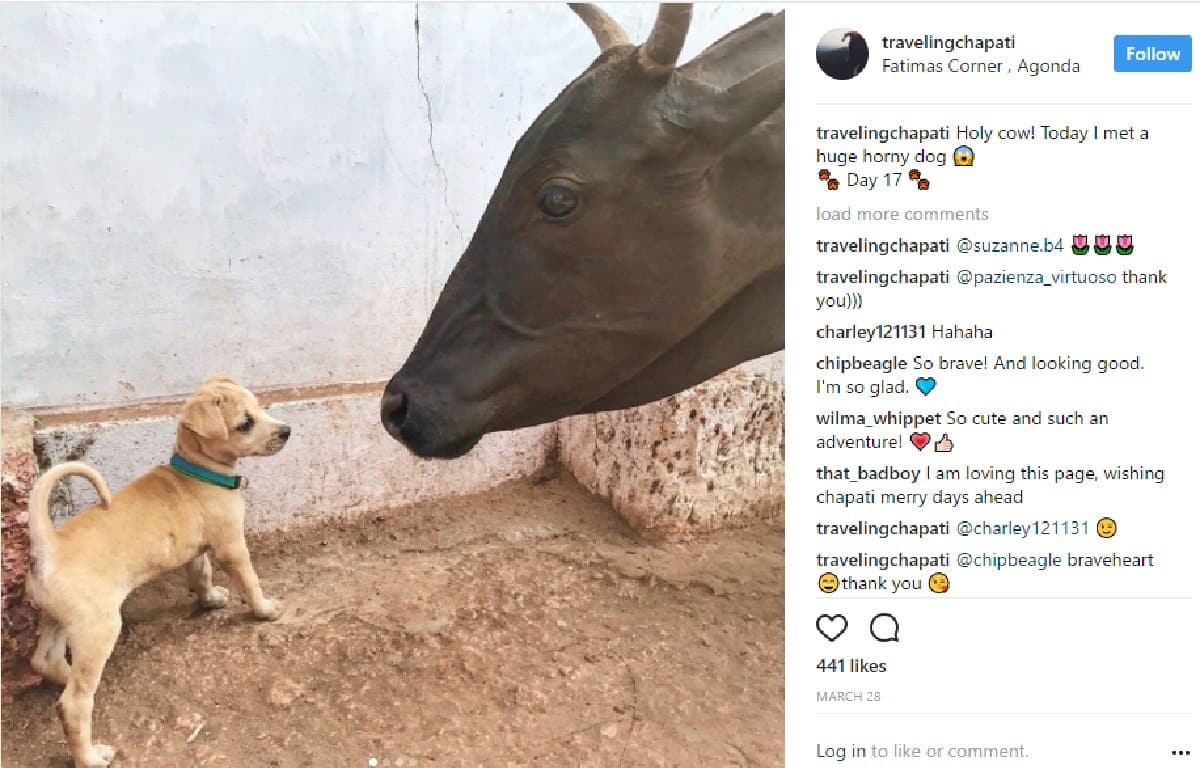 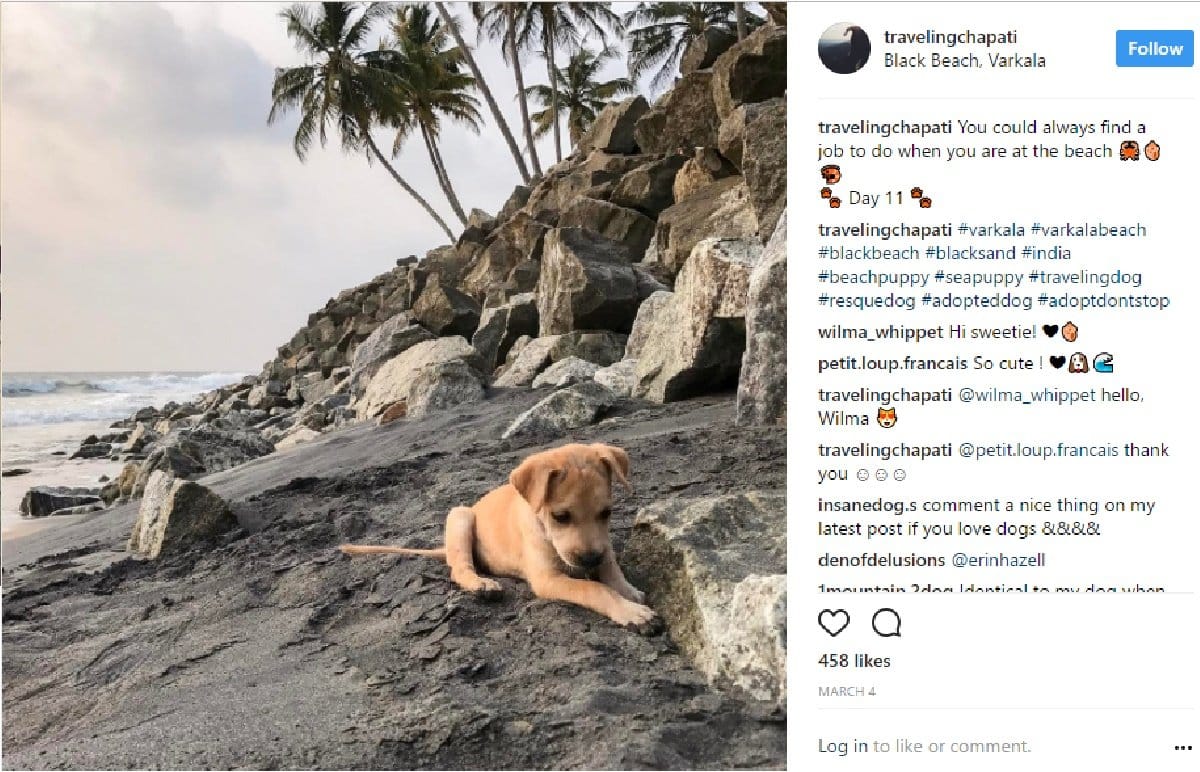 Describing their journey, Kristina said that the hardest part is preparing the documents for Chapati to enter new countries. In some places, they find it difficult to find transport, or even places to eat which allows dogs.

“We are very lucky to have such a perfect traveler with us, as we never faced any problems concerning Chapati’s attitude to a nomad lifestyle. Speaking about her internet fame, I think that it really suits Chapati: she is very communicative and friendly in life. She wants to make friends with everyone, whom she meets, whether these are people, or dogs, or cats, etc.”

The couple plans to take Chapati back to Ukraine and to their upcoming wedding in Italy. After that, they would be continuing their travels.