Another tourist just learned that taking selfies with a shark isn’t exactly a good idea – and she had to learn it the hard way! This recently happened on a Brazilian beach where a woman, who remains to be unnamed at the moment, got bitten by the shark and then she eventually got fined with a huge amount of about Brazilian R$19,500 (approximately US $6,200)

According to reports, the video was taken at the beach in the Fernando de Noronha archipelago, off the coast of Brazil. The footage immediately went viral on social media, gaining numerous views and comments – which are mostly against the woman – from netizens from across the world.

On the video, you will see the tourist grabbing the small shark from the waters. 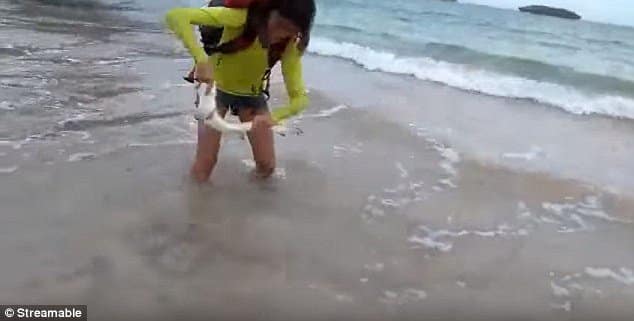 As she wrestled with it, the shark eventually bit into her hand! 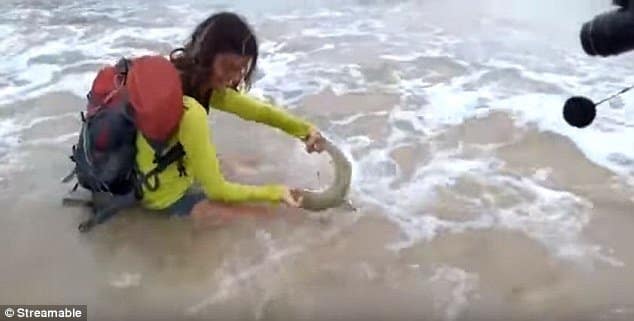 Fortunately, her friend helped remove the creature from her hand. 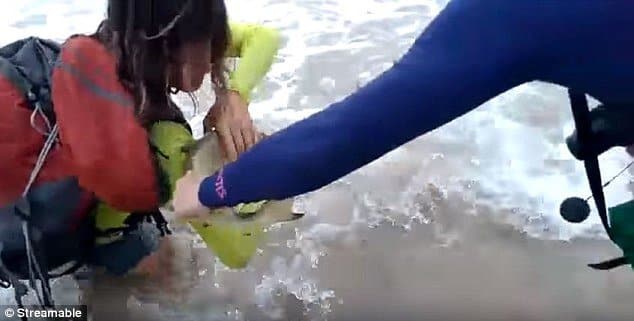 They later tossed the shark back into the water. 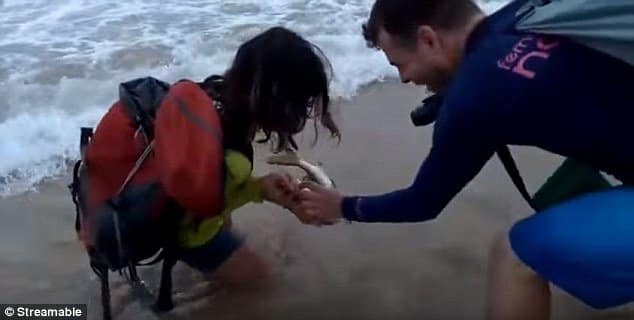 The woman was rushed to the Sao Lucas Hospital. She received four stitches on her hand.

Both the 35-year-old woman and her friend were charged with animal cruelty. 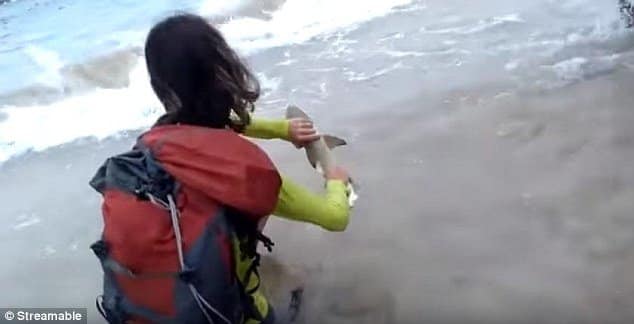 They were then asked to pay a total amount of Brazilian R$19,500. 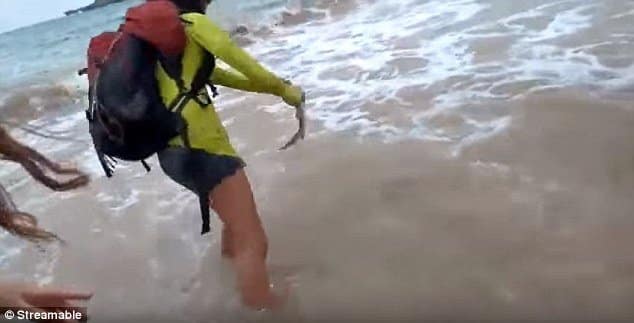 The Chico Mendes Biodiversity Institute identified the animal as an endangered lemon shark and the beach was in the Marinho national park, a dedicated conservation area. Signs are all over the area warning visitors that catching, feeding, and killing the animals are strictly prohibited.

As anyone can expect, the video attracted brutal criticism from social media users.

One commenter questioned the motives of why they had to take selfies with a shark in the first place and wrote:

“Why? To put a photo on Facebook? Isn’t it enough that animals have their own habitats destroyed, we have to harass them in their refuges? I hope she’s learned her lesson.”

“We’ve become such strangers to nature that casually grabbing a shark for a selfie now seems like a good idea.”

Previously, it can be remembered that incidents in Argentina led to the death of baby dolphins after beachgoers and tourists passed them around for selfies.