Whoever said that only humans can have a preference on their gender? Apparently, even animals do! The world’s oldest tortoise and living creature’s age might already be catching up to him, but he definitely taught us that it’s never too late to come out.

The sexuality of 186-year-old tortoise named Jonathan has been a mystery until recently. Thanks to an incident involving his supposed mating partner, Frederica, where experts had to examine her and discovered her real gender. Rumors then started to circulate, and it’s a shame that Jonathan cannot speak to defend himself on this one.

Jonathan, a Seychelles giant tortoise, is assumed to be a gay. 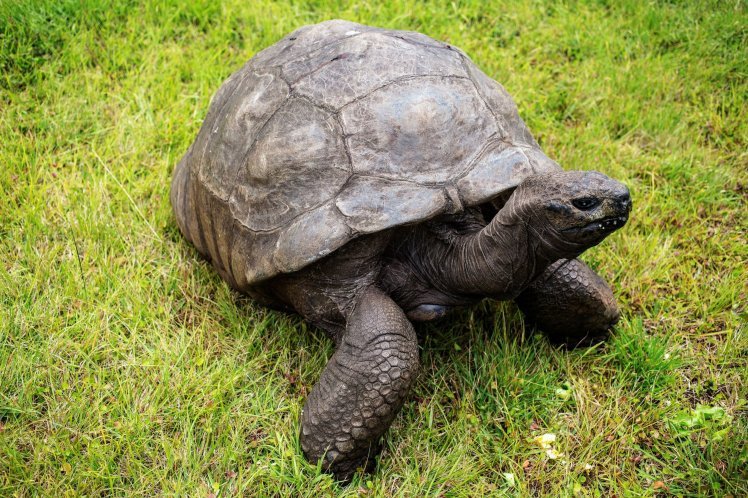 All the while we thought that Frederica was a female. But it turns out that she is, in fact, a male. A recent examination on the tortoise due to ill health revealed the real gender of Frederica, casting doubts over the sexuality of Jonathan and assuming he’s gay.

The giant tortoise Jonathan hatched in 1832 in the Seychelles Islands. Fifty years after, he came to the British colony island, Saint Helena in 1882 as a gift along with three other tortoises. The creature was later named by Governor Spencer Davis in the 1930s.

In the island, Jonathan met Frederica (now named Frederic) after over a decade, in 1991, when he arrived as a gift from the French consul to the governor of St Helena. Since then, the two became friends and inseparable, leaving many to think that they are going on as a couple.

Experts just recently found out that Jonathan’s mating pair is not a female but a male like him. 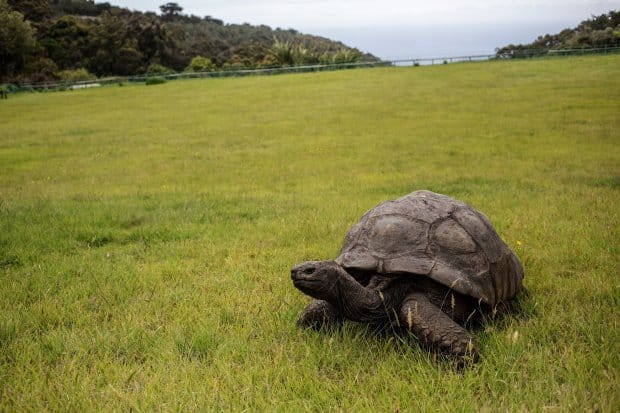 However, after 26 years of companionship and staying loyal to each other, the two weren’t still able to bear any offspring. While people have been scratching their heads for a long time in wonder, the world now knows why the pair never had any children even after decades of being together.

With the revelation of Frederica’s real gender and the long standing question on why the pair couldn’t bear an offspring, the world now concludes Jonathan to be a gay. 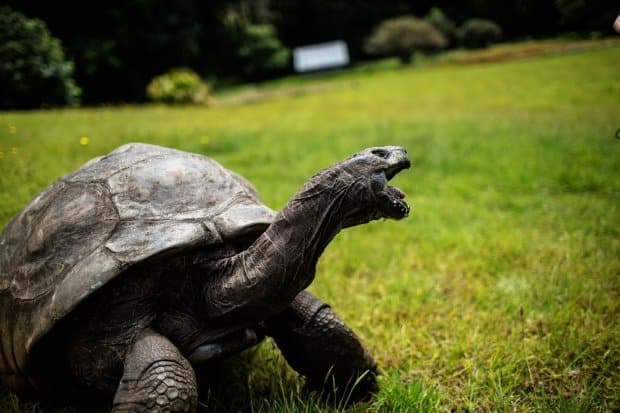 Tortoise Jonathan is now losing his sense of smell and suffering from cataracts. But hopefully, this slow creature and his soulmate could still use more years together.