It is every parent’s worst nightmare to see their beloved child suffering in a hospital bed and that’s exactly what happened to a family from Illinois after they let their young daughter play with a toy makeup set. According to reports, they purchased the toy kit from a local Family Dollar store.

Tony Cravens, father of 3-year-old Lydia, said the child had to be brought to a hospital a day after playing with the makeup because she developed painful blisters on her face. The doctor later confirmed that the young girl indeed had an allergic reaction to the makeup. 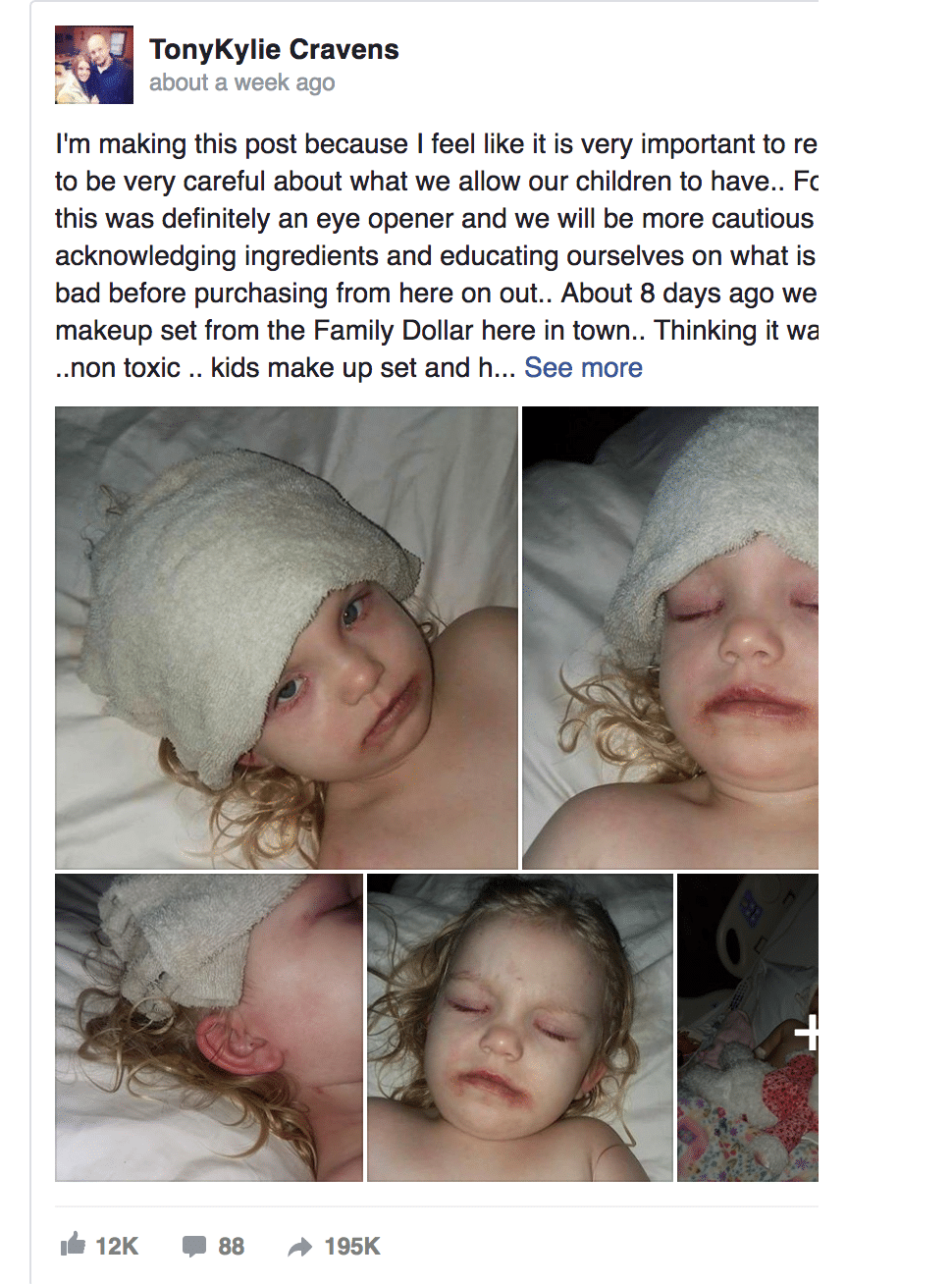 “In 24 hours our little girl went from 100% healthy to her eyes swollen and blistered shut.. with a rash all over her body that we would have to apply cold packs to every 30 minutes or so because her skin was burning.

“She was unable to eat much for days because of the blistering and cracking of her lips.. Lydia has been through so much these past few days.”

It was indeed a hard time for the toddler – and an emotional one for her parents. 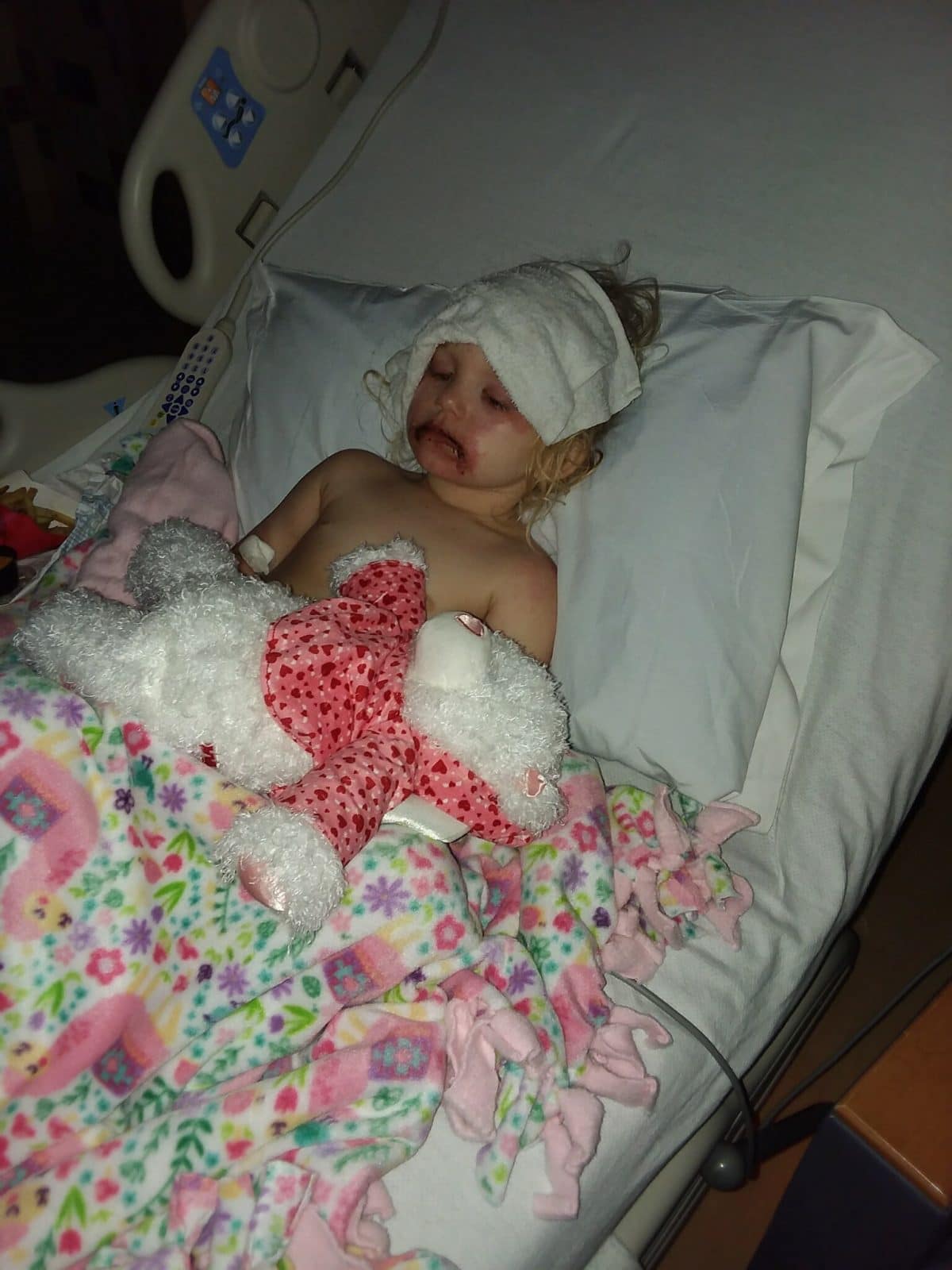 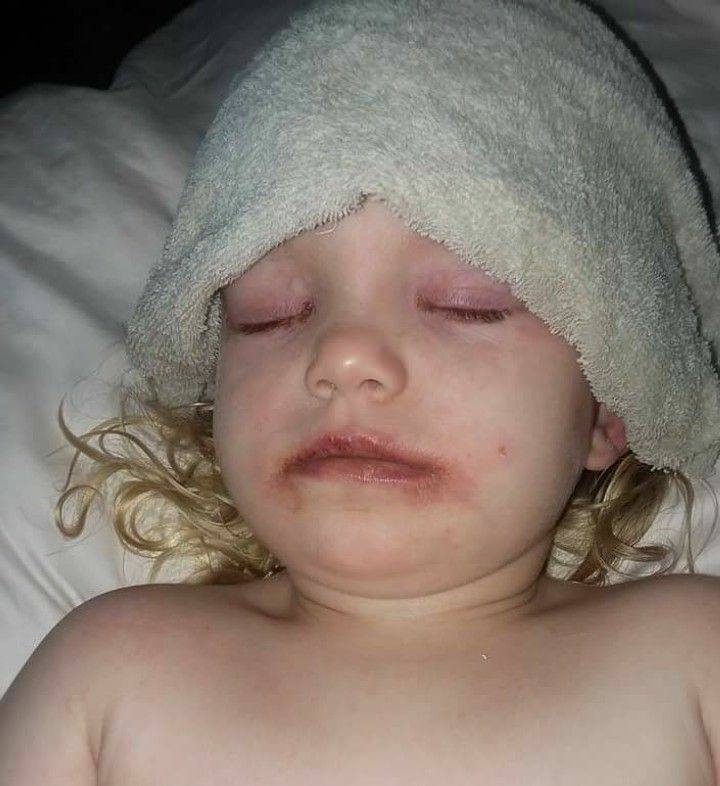 “As I sit here and watch my baby girl sleep I can’t do anything but weep uncontrollably. All the tears that I have watched my baby girl cry, all the screams in pain and all the times she would say ‘I hate being sick daddy.’ I’m not man enough for this.”

Fortunately, the child was able to recover from the whole ordeal.

“Lydia is doing great we have had big improvements in the last 24 hrs. Still has some itching but the burning is gone. Hives are still on her face and neck but those to are starting to fade. SHE IS SMILING AGAIN.”

When contacted to give a comment, Family Dollar “did not immediately respond,” according to PEOPLE.

May this serve as a warning for parents everywhere when it comes to letting kids play cheap, non-regulated toys that claim to be “harmless” and “non toxic.”