There’s just something fascinating about this stairwell in Corsica, France known as The Stairway of the King of Aragon. The stairway, composed of 187 steps, is carved in a steep cliff, position at an angle of 45 degrees. Looking at pictures, the Stairway of the King of Aragon is truly a wonderful sight and you can only imagine how breathtaking it would feel going up or down the stairs.

The stairway’s appearance is not just what gives the place its unique appeal, but also the stories tied to it. Legend has it that the staircase was dug by soldiers under King of Aragon Alfonso V during the failed siege mission in Bonifacio, back in 1420. It was said that the troops finished the job for only one night and they did all of it by hand.

But the real story is that the staircase was created by Franciscan monks who need to have access to a freshwater source at that time. At the bottom of the staircase, there’s a natural spring and a cave, which were said to be created way before Alfonso V’s troops came to the area. There were also reports that the first steps were from the Neolithic times. 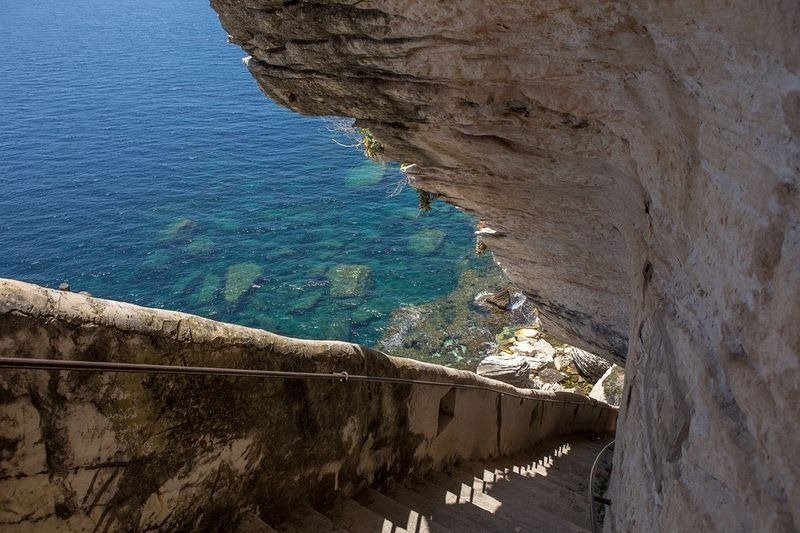 Today, the Stairway of the King of Aragon is loved by tourists, as anyone can go up and down the stairs and stroll along the limestone path below. 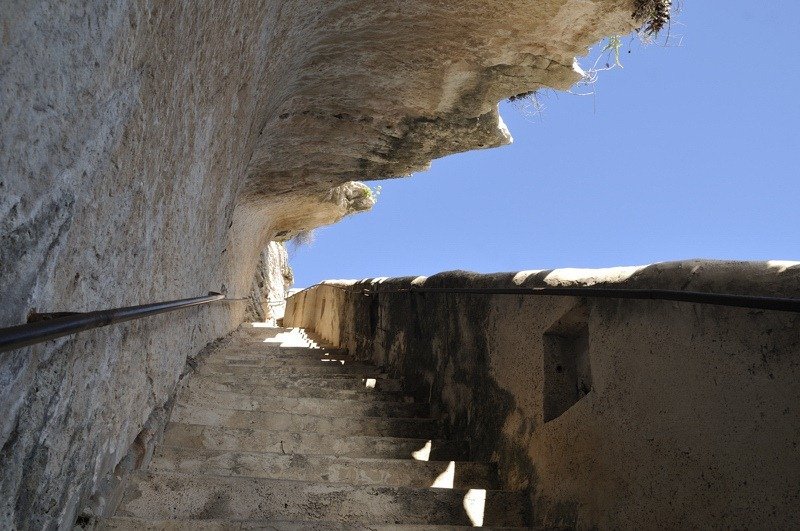 Photos of the stairway just show how perplexing it can be; it might get you confused as to which way is up or down. 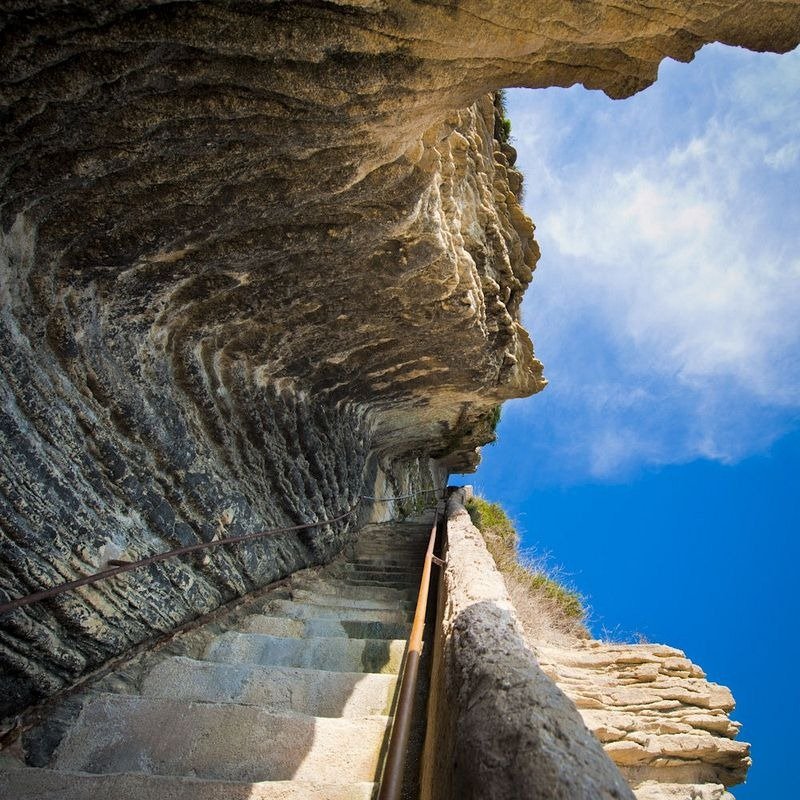 Also, when you look at the photos, you would imagine how climbing the steep steps would make you feel pain later on. 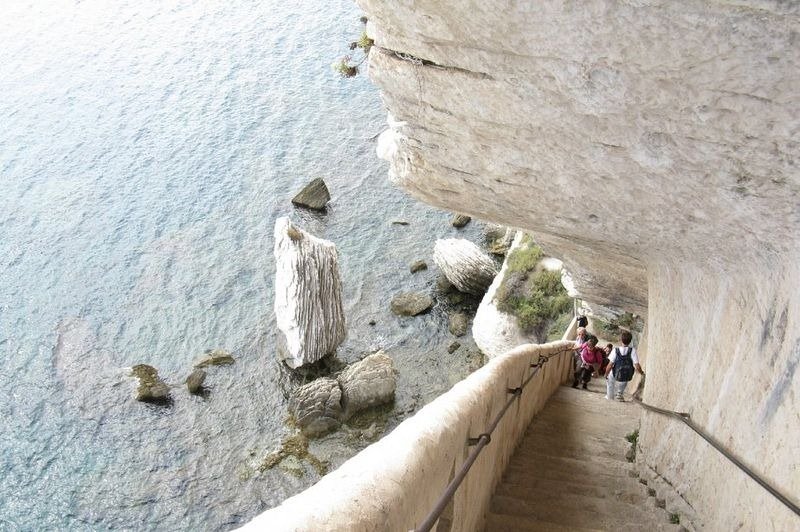 But Sweet Travels mentioned that you would likely forget about those aches once you get to see the gorgeous beach view to your side. 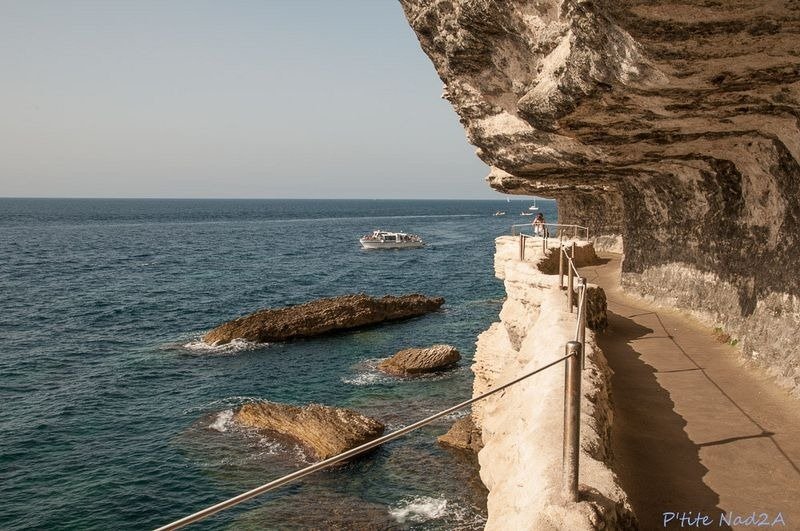 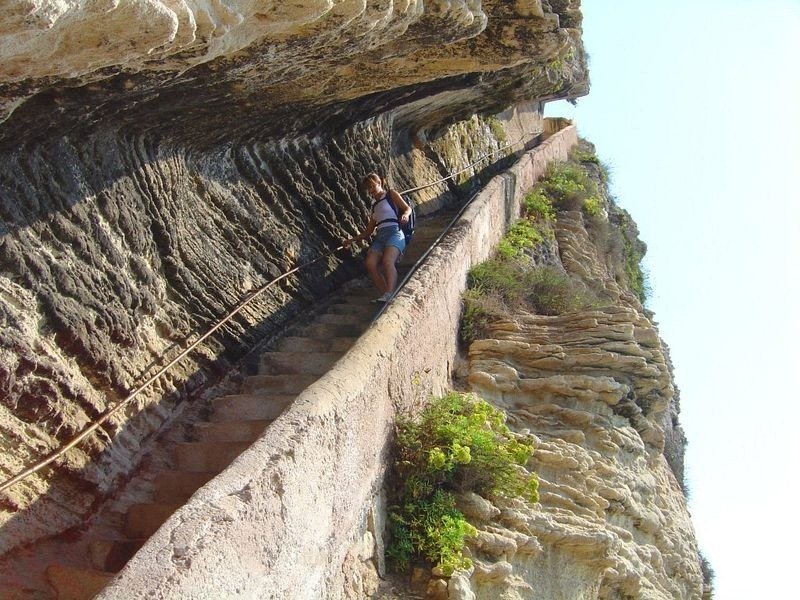 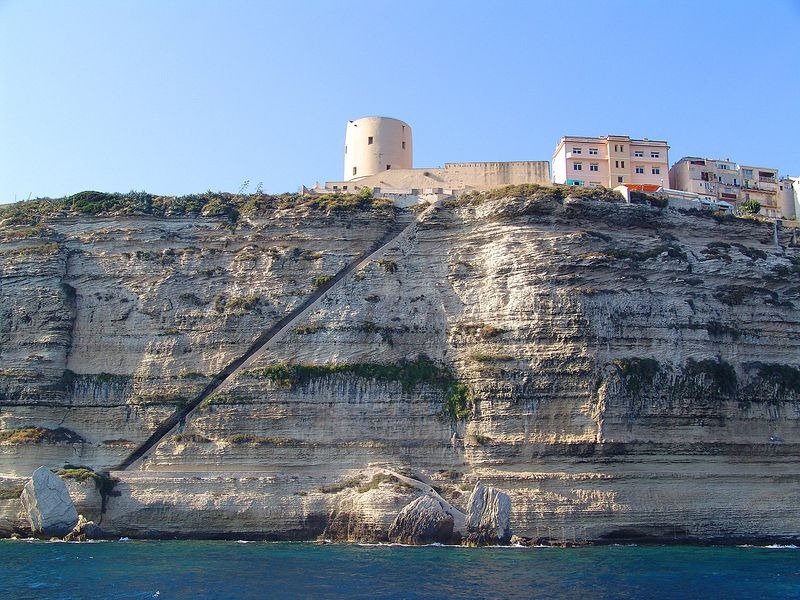 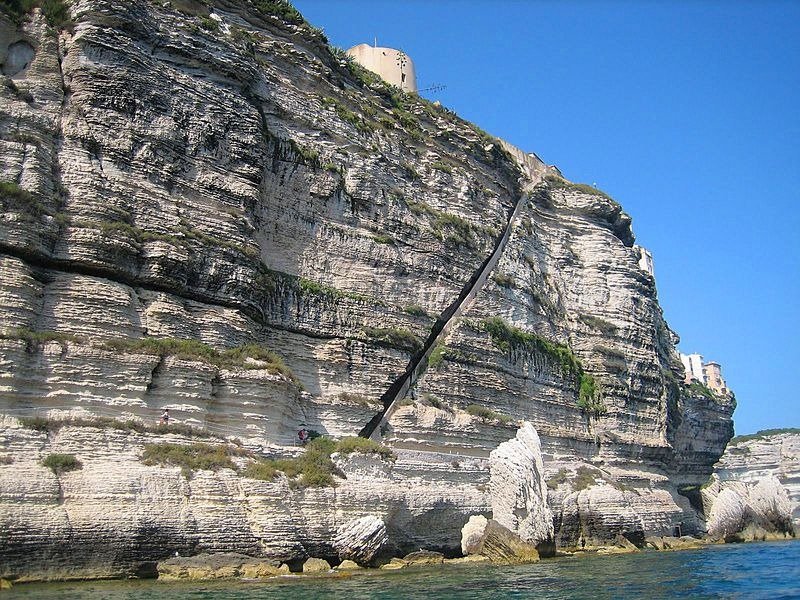