The 1500s was a trying time for the Russians. Ruled then by Ivan the Terrible, he led several campaigns against Kazan. So what was Kazan’s beef with Russia? Well, the Khanates (whose capital is Kazan) has been at war with Muscovites (Ivan’s army) for hundreds of years. Their main problem is that both of them want to own Kazan, which has a strategic location on the Volga River. But since the Khanates inhabited Kazan, they pretty much blocked Ivan’s forces from passing through there out onto the Caspian Sea.

Ivan led many campaigns against Kazan, but they couldn’t seize the city. Until one day Ivan’s troops found a little wooded island around 30 kilometers from Kazan. He came up with the idea to create a base near Kazan to make it easier to launch attacks against the city.

Sviyazhsk was initially uninhabited until Ivan the Terrible stumbled upon it in 1550. 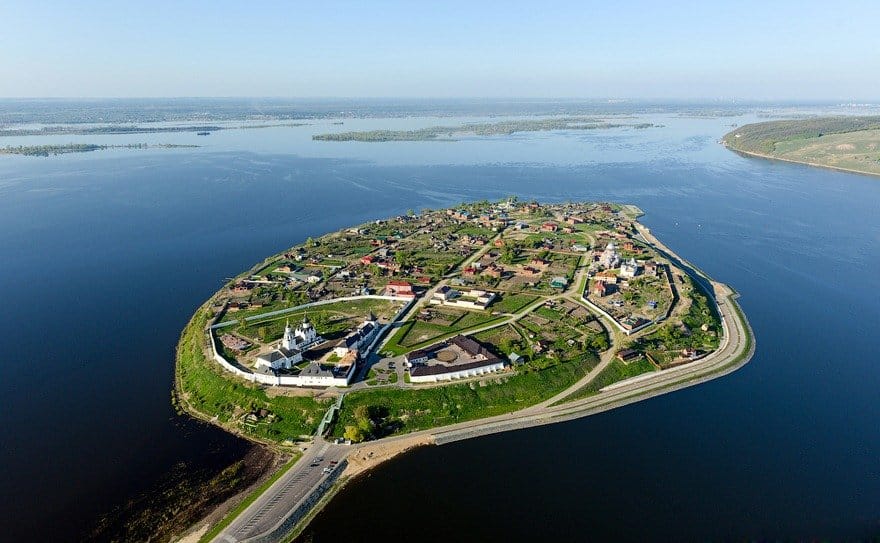 It was used as a base fortress for Ivan's campaign against the Khanates. 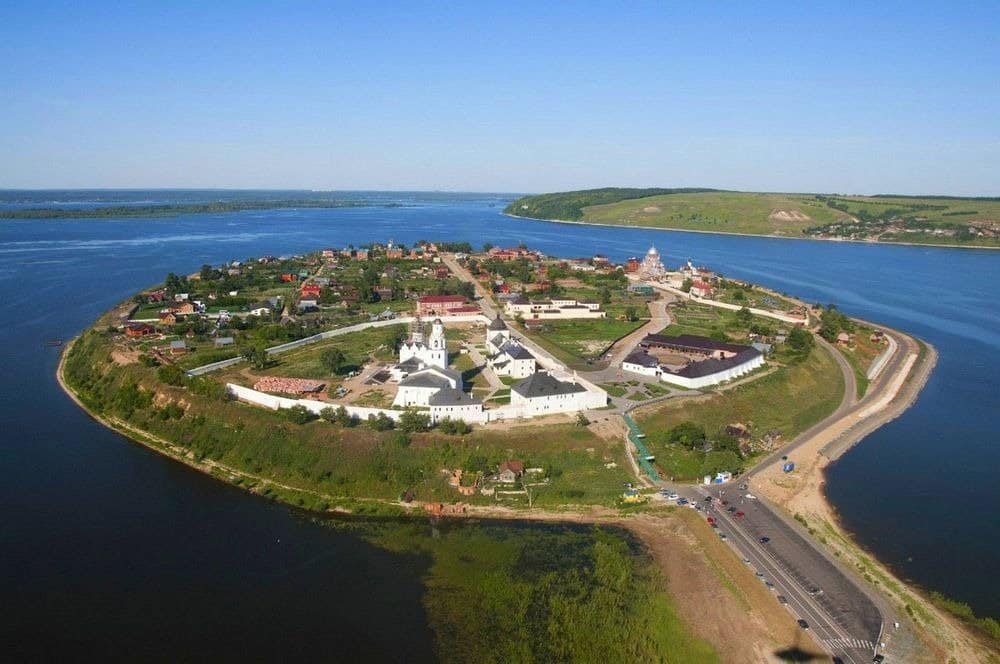 However, the structures in Sviyazhsk were built further upstream and was reconstructed in Sviyazhsk by floating the logs downstream. 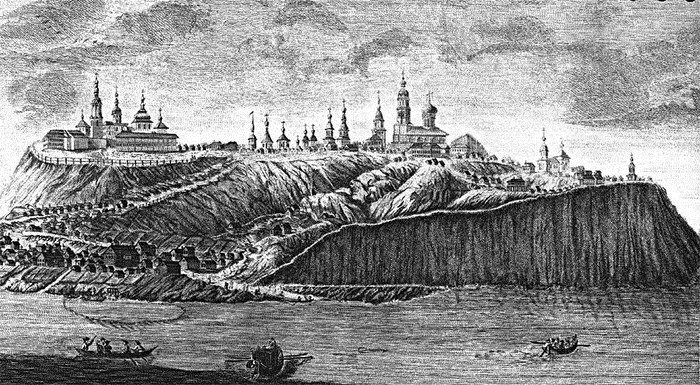 Strategically, building the base right where the enemy could see would be stupid, so Ivan and his team of engineers came up with a brilliant idea. They built a massive fortress in Uglich, about 70 kilometers upstream. When the fortress was built, they disassembled it like a Lego house and sent each log down stream towards the little island where it could be assembled. They then created a town as big as the Moscow Kremlin, complete with walls, towers, gates, and even churches within a month.

The little fortress town, known as Sviyazhsk, was such a hit that people went there to ask for citizenship. The bigger population and the strategic placement of the fortress allowed Ivan to finally conquer Kazan. The town continued to grow as a center of Russian culture and orthodoxy among the nearby towns.

Sviyazhsk was quite a happy little town, and people even went there to gain citizenship. 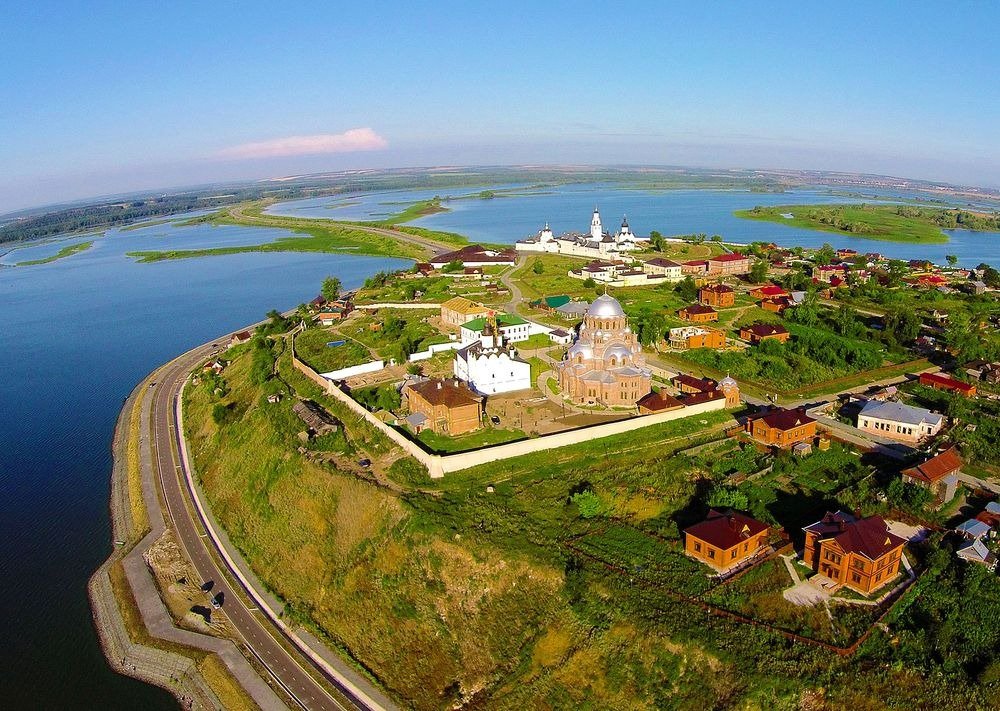 However, in the 20th century, the Bolsheviks attacked Sviyazhsk, destroying many of its buildings. The remaining buildings were then transformed into a labor camp for prisoners, and eventually a Gulag prison. And then in 1957, half the town was flooded after the construction of the Kuibyshev Water Reservoir. From a lofty population of 2000 people, it had been reduced to only 250.

It was flooded in 1957, thus reducing the population by 90 percent. 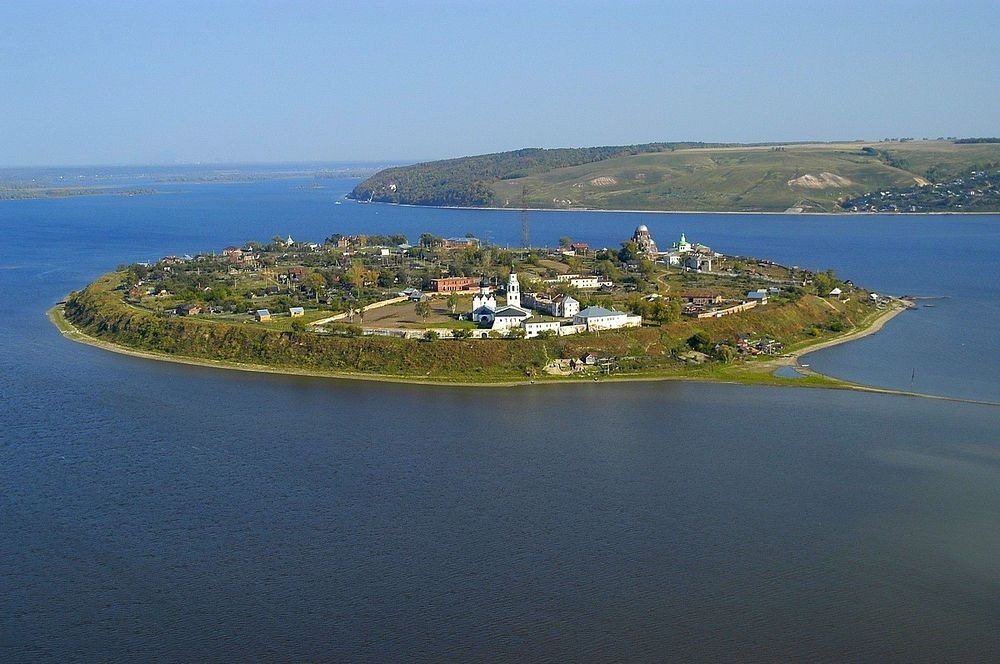 In 1960, it was declared as a monument of Russian history and culture, and was added to the tentative list of UNESCO’s world heritage sites. The city of Sviyazhsk is currently being restored one building at a time, and has also become a tourist destination.

Sviyazhsk is now a tourist destination, an important piece of Russian history. 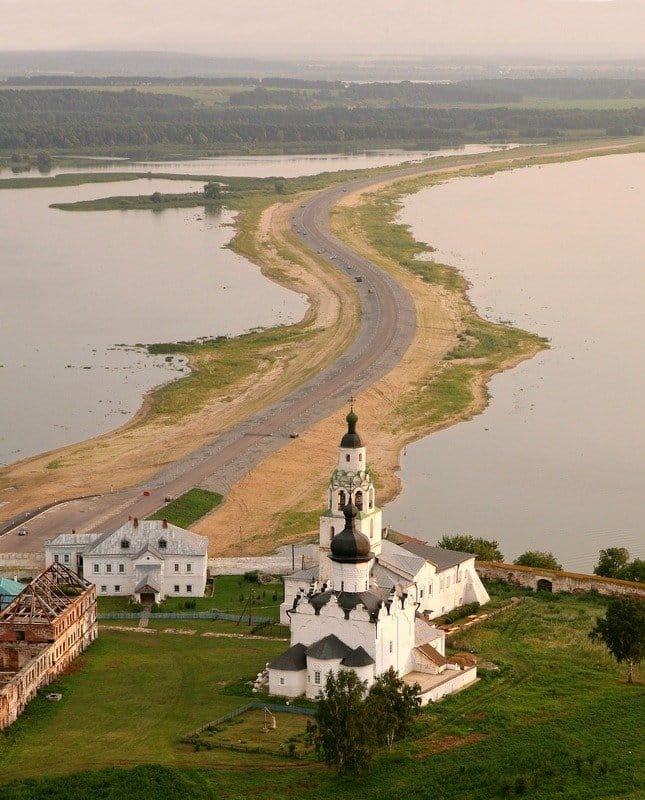