We all have a mental image of what a cop looks and behaves like. We mostly visualize them as serious men in uniform who will not think twice about apprehending violators of the law. We call on them during emergencies since it is their solemn duty to serve and protect the public.

We, however, sometimes fail to see them as human beings who may also have their own weaknesses – like being afraid of mouse!

Yes, even a tough-looking police officer has the right to be terrified of a tiny mouse. 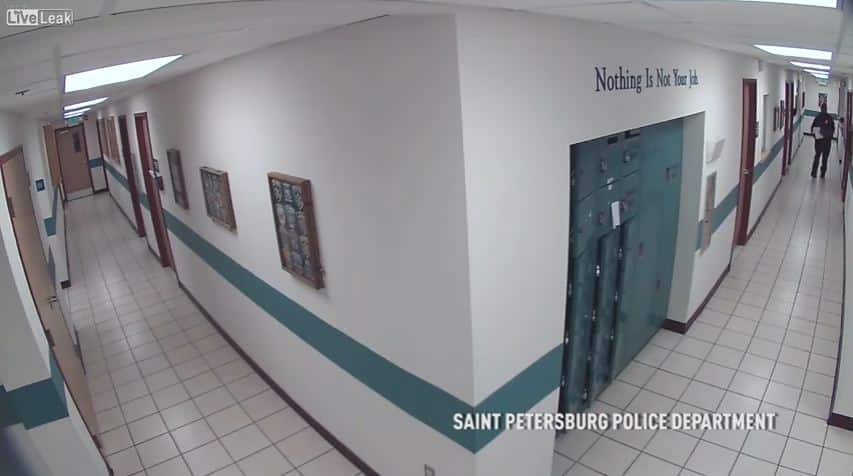 The short clip starts out with the policeman walking peacefully along the corridor of the police station. Much to his shock and surprise, a little mouse seemingly popped out of nowhere and started heading towards his direction.

Netizens found the cop’s reaction to the little mouse to be totally hilarious! 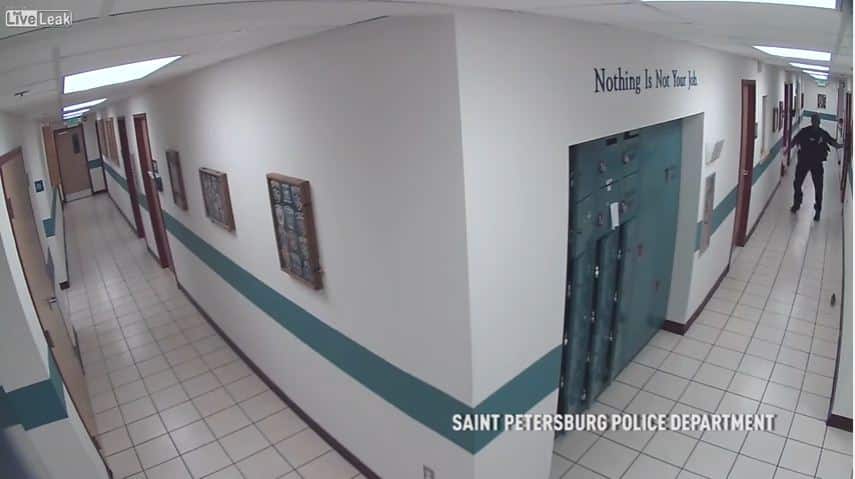 Obviously startled, the officer began to be in panic mode and then ran away from the unexpected intruder.

You can watch the funny viral video here:

The footage made rounds on social media. As anyone can expect, netizens just couldn’t help but laugh and leave comments about the encounter – especially how the cop apparently “danced” as a result of being scared.

“I rarely sympathize with police but … Yeah he did the right thing (dance like a gorilla ballerina in training).”

Seriously, I thought he would call for back-up! 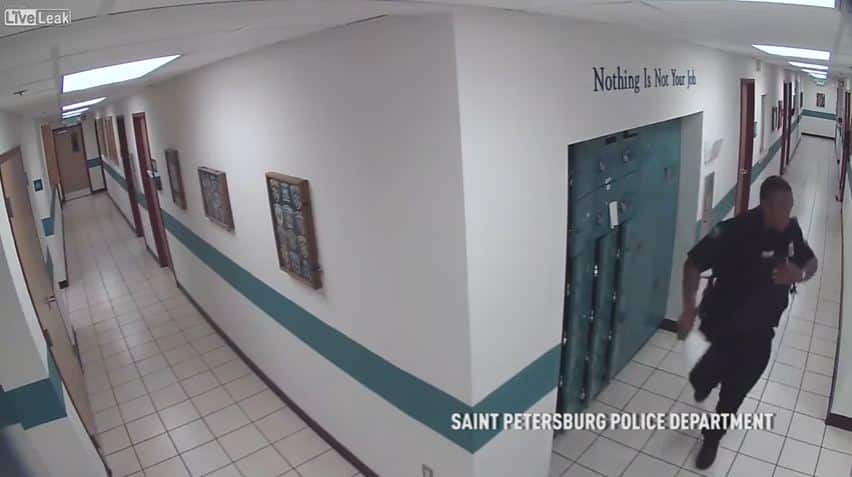 Well the good thing here, of course, is that both the officer and the animal remained unharmed. Neither of them called for reinforcement!

Are you also scared of rats? Would you have reacted the same way? Leave a comment below and do tell us about it.