Those who have seen Jim Carrey and Jeff Daniels in the movie Dumb and Dumber may still be familiar with the frost scene. It was when Harry Dunne (Daniels) said, “Oh look, frost!” and then went on to lick the ice on the chairlift where he and his date were seated.

His tongue got stuck, and it stretched as his love interest pulled his head away from the pole to try to help him out. Some audiences found it funny while others probably cringed at the agonizing sight. I, personally, can only imagine how it would actually feel in real life.

Even without seeing that film, people know what would happen if someone would do such a stunt. Still, it didn’t stop this 19-year-old fellow from doing it—and it was all because of a dare. 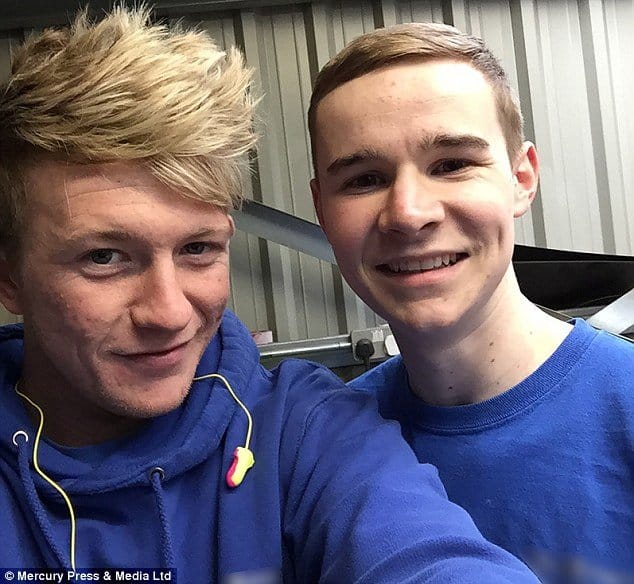 “I’m a bit mad, and I’ll do pretty much anything anyone asks me.

We were working on the bottle in my garage, and I asked Adam why the pipe was freezing.

As expected, the young welder from Winsford, Cheshire, was glued to the icy tube. His tongue adhered to the pipe for five excruciating minutes while his friends tried to find a way to free him.

Adam got “tongue-tied” to the gas pipe. 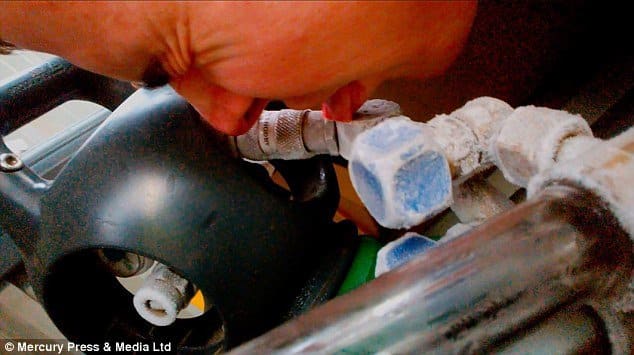 “As soon as I touched it, I regretted it instantly. It was so painful.”

Lee tried to pull his head away initially, but it only made it worse. He also tried to ask for help, but he could no longer speak properly.

His friends finally found a surface spray, which helped detach his tongue from the pipe. However, there was a tear in his tongue, and it had already begun to bleed.

“It didn’t help that that tasted horrible, but at least, it worked. It really stung afterwards, and I couldn’t speak properly for a while after it,” he said.

“Pipe” got your tongue? 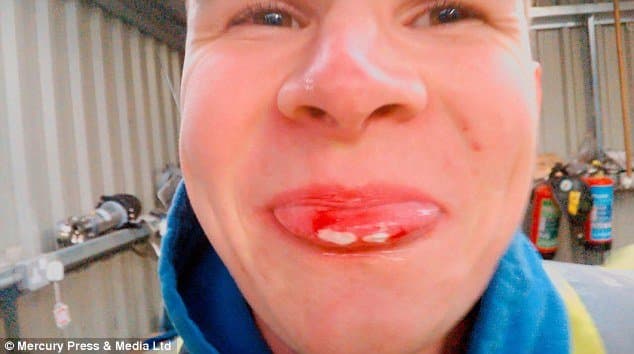 Lee admitted that it was “a bit of a banter gone wrong,” yet he said he’d “continue his daring lifestyle.”

“It stung quite a bit after and now I’m talking with a lisp too. It’s not the best idea I’ve ever had, but it was a laugh.”