A man from England could be the most tattooed man on the planet after inking his face, eyeballs, the inside of his mouth and his entire body with a jet black tattoo.

Eli Ink, 27 years old, is obsessed with body modification. He wants his body to be a walking exhibition of his work.

After coloring his entire body black over an estimated ten-year period, he plans to add white ink over it. 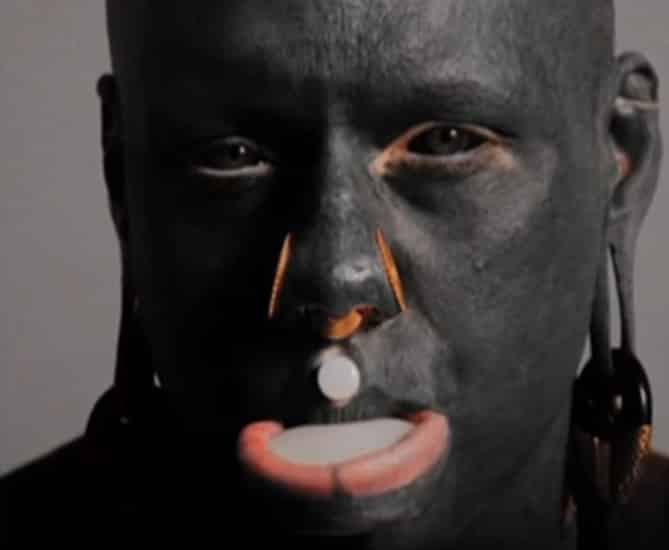 Aside from his tattoed body, Ink also has large stretchers implanted into lower lip and nose in order to stretch them into unusual shapes, which is part of his body modification process.

Ink’s obsession with body modification started when he was still young. His uncle came back from a visit to Spain with a big tribal tattoo.

Now, he wants to express himself by making his body a black canvass where he can add works of art later. 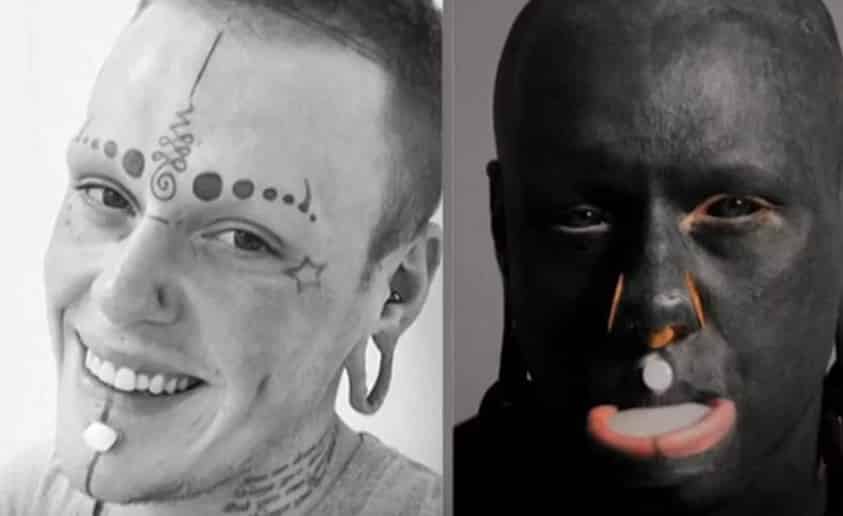 “In my opinion, the only person who will only ever understand my transition properly is me. I don’t attempt to describe it to anyone. I’ve always been blown away by art itself. Picasso is a huge childhood inspiration to me, especially abstract art, but I do like all forms of art. Body art was just the next local step for me growing up.”

“I wanted to look like an abstract character in one of Picasso’s paintings. I love the abstract look, no thought, just pure expression.”

The tattoo on his eyeballs was applied to the white area of the eye. Eyeball tattooing involves injecting the ink between the two layers of the sclera of the eye. After which, they let the ink spread out.

This is a very dangerous procedure. 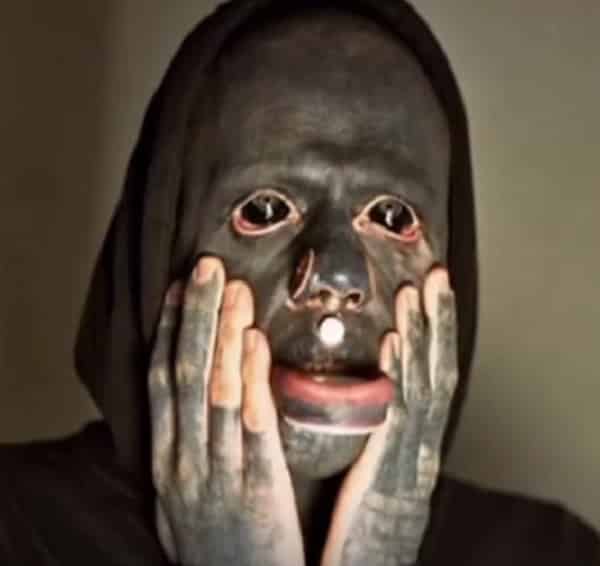 Ink believes that body modification means taking the risk in order to achieve the look you want. He added that it’s the risk you take since when it comes to the eyes, even trained surgeons can make a mistake.

Despite his look, he said that women still find him attractive. 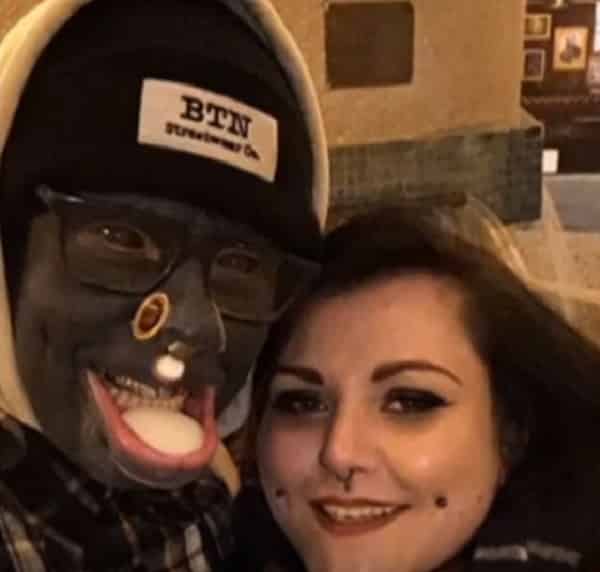 In fact, he is currently in a relationship with Holly, who’s another body modification enthusiast.