When thinking about places in the US to target during a nuclear attack, busy cities like New York and Los Angeles seem like the obvious choices. Big damage can certainly be done to these bustling and densely populated hubs. But when it comes to nuclear attack strategies, the thing to consider in choosing a target is not really the number of casualties or the cost of damage, but the potential to wipeout the enemy’s nuclear forces.

That considered, the enemy, say, Russia, might focus more on Montana and North Dakota instead of New York and Los Angeles. According to Stephen Schwartz, author of Atomic Audit: The Costs and Consequences of US Nuclear Weapons Since 1940, emphasis in targeting places for nuclear attacks has shifted from big cities to areas with nuclear stockpiles and infrastructure.

This map shows the areas Russia would have to attack to destroy the US’s nuclear forces, according to Schwartz. 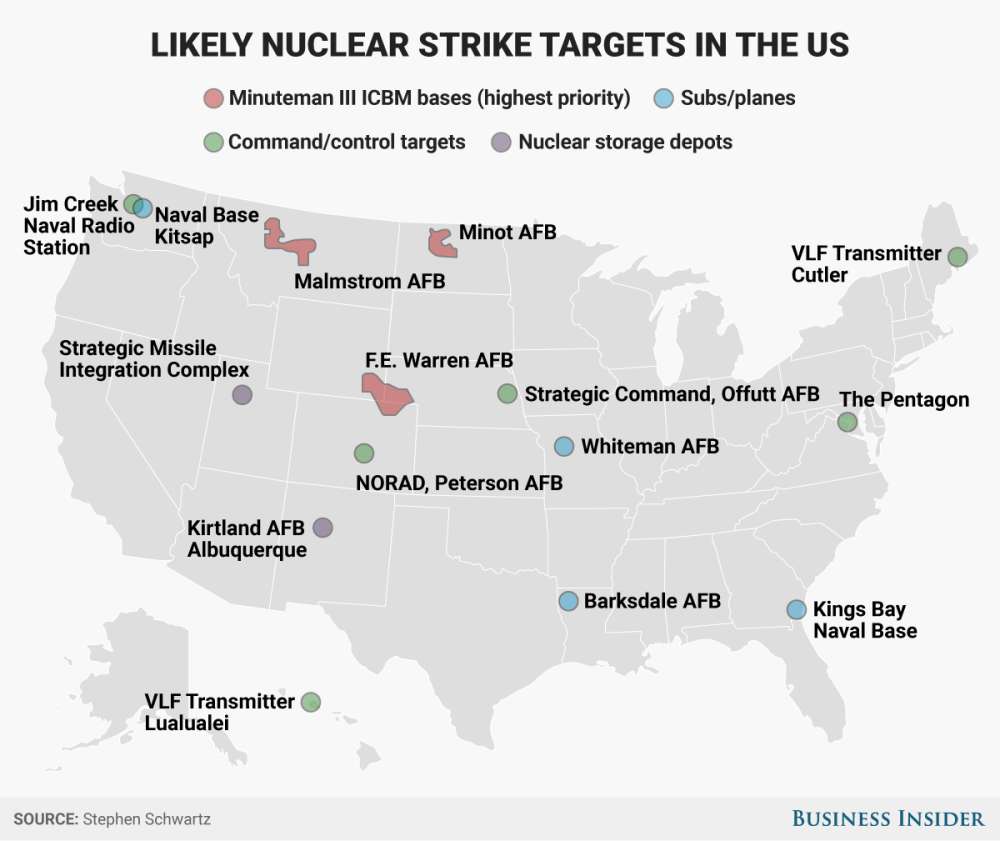 The map above shows the possible targets for an all-out attack on the US’s fixed nuclear infrastructure, weapons, and command and control centers. But Schwartz claims that even a big attack like this cannot guarantee success for the enemy.

Schwartz was quoted by Business Insider as saying:

“It’s exceedingly unlikely that such an attack would be fully successful. There’s an enormous amount of variables in pulling off an attack like this flawlessly, and it would have to be flawless. If even a handful of weapons escape, the stuff you missed will be coming back at you.”

According to the expert, the US has nuclear-powered submarines that can counter the attack. 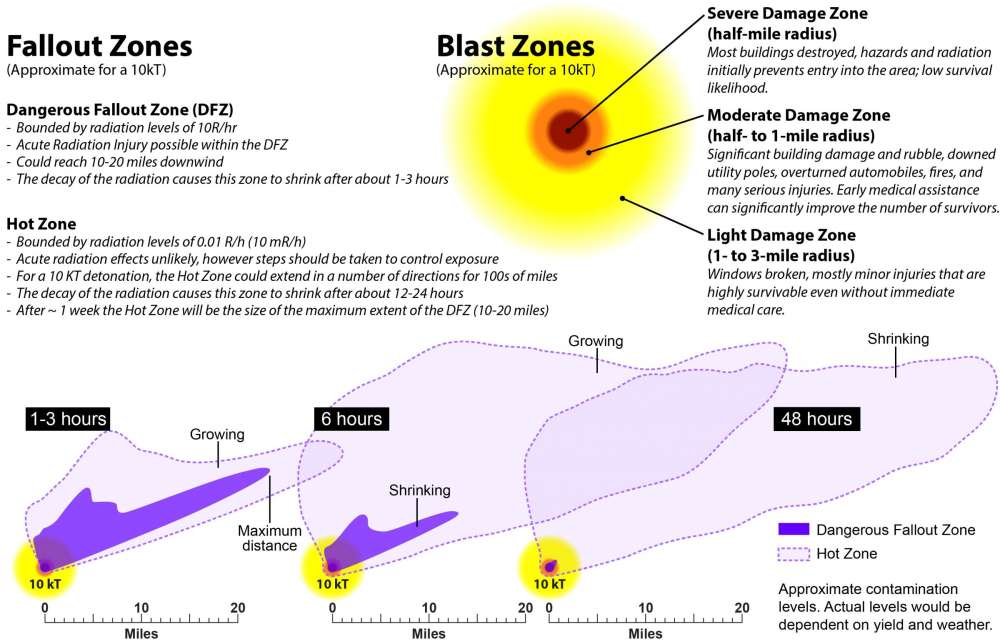 Schwartz emphasized that the US’s nuclear-armed submarines can launch a strong counter-attack should the areas above be destroyed. According to the expert, the US has four to five nuclear-armed silent submarines that are always on high alert, and their whereabouts are kept secret.

Schwartz also mentioned that although the US has strategically positioned the bulk of its nuclear forces far from population centers, a nuclear attack could still cause damage to other areas because of fallout.