With superhero movies hitting theaters left and right these days, it is quite comforting to know that, yes, heroes aren’t all fiction – some of them actually live among us. This has once again been proven by a recent incident where a brave (and strong!) policeman helped save someone from what would have otherwise been a sure tragedy.

As the reports tell us, one cop actually held on to a van to stop it from falling off a motorway bridge using nothing but his bare hands. The driver, meanwhile, was trapped inside the said vehicle.

Is this guy Superman or what? 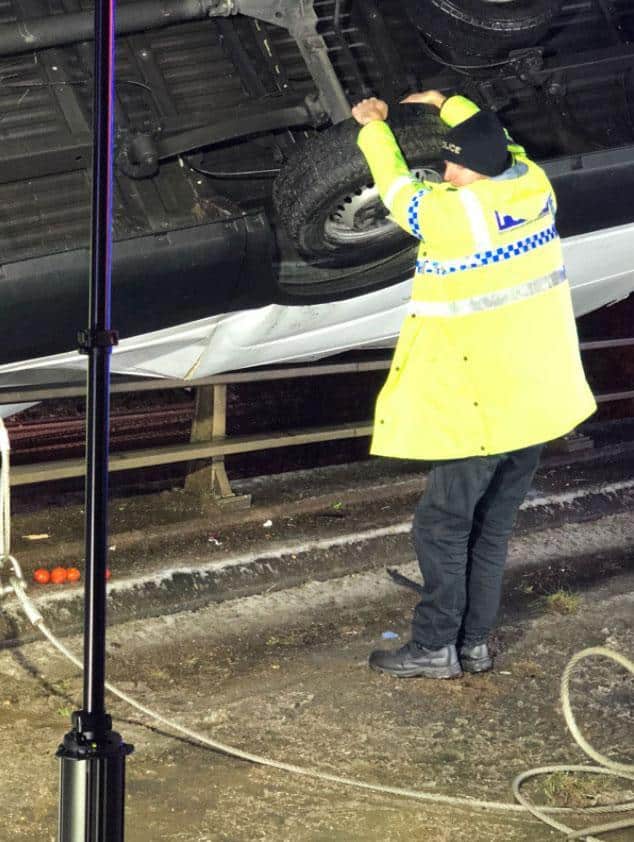 We all really wouldn’t be surprised if this guy is secretly from Krypton!

A Unilad article gives us more details about the incident, indicating that the driver “was stuck inside the van when PC Martin Willis arrived at the scene on the A1(M) in Yorkshire.”

PC Willis, the officer, took it to Twitter to describe what happened during the heart-stopping moment. 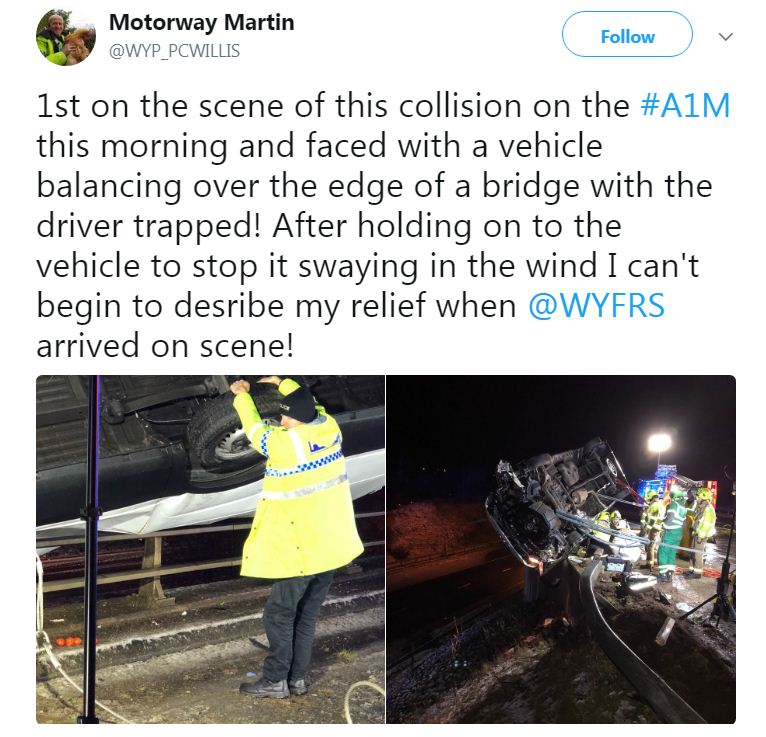 The driver, according to him, may not have had a clear idea of the level of danger he was in the entire time. 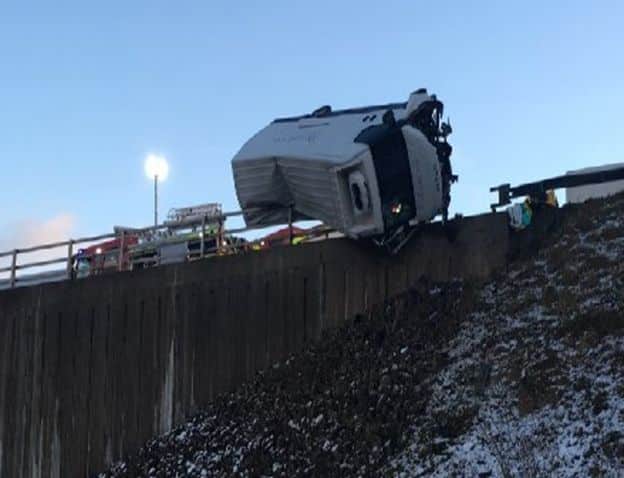 “I don’t think he realized his vehicle was hanging over such a high drop. He kept very still and was incredibly brave!”

Netizens immediately came forward to hail the courageous cop as a hero! 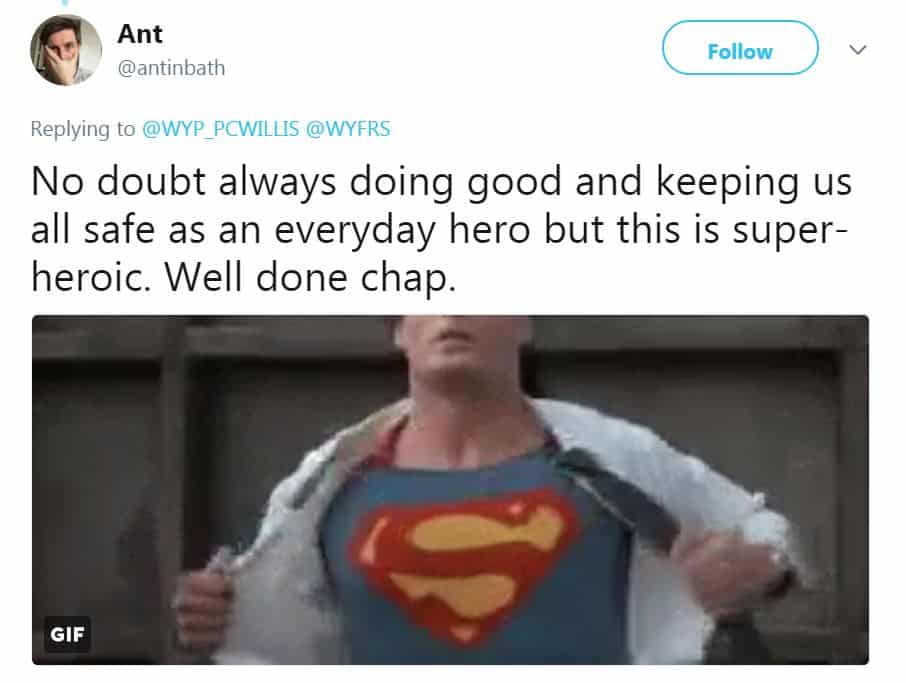 Even fellow police officers were praising him for his quick action.

“Your Superman cape isn’t in this photo though! Must have come off in the fracas!”

Aside from going viral on social media, the story has also gained a lot of attention from several news websites – each one admiring the cop for going beyond his call of duty.

Well what else can we say except our hats are off for this awesome officer! 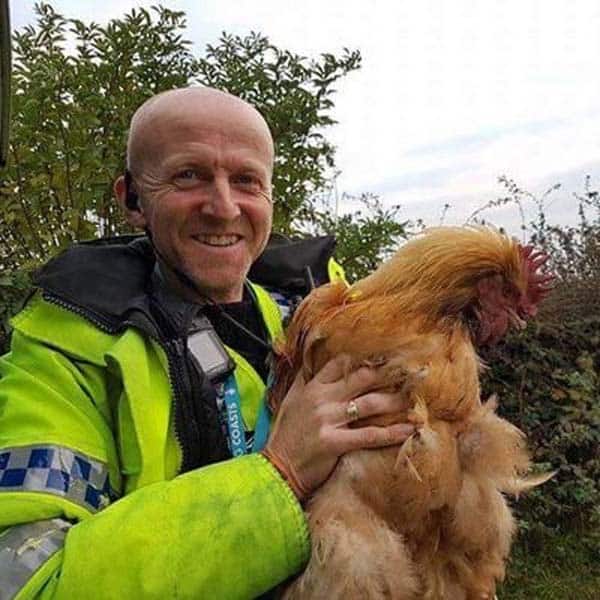 You, sir, are a real-life superhero.