This epic video just made the world laugh with delight. Besides, it’s not everyday that we see three sumo wrestlers compete with each other – on the race track.

Yes, you read that right. On the race track. So instead of challenging each other on the squared circle as they customarily do, these guys engaged on a race trying to outrun each other.

This interesting match took place while the wrestlers were taking a break from their practice. It first hit the online world via a tweet by wrestler Masakatsu Ishiura. He posted the 18-second video on Twitter and it quickly went viral in Japan. Shortly after that, it gained countless likes and retweets from social media netizens across the world. 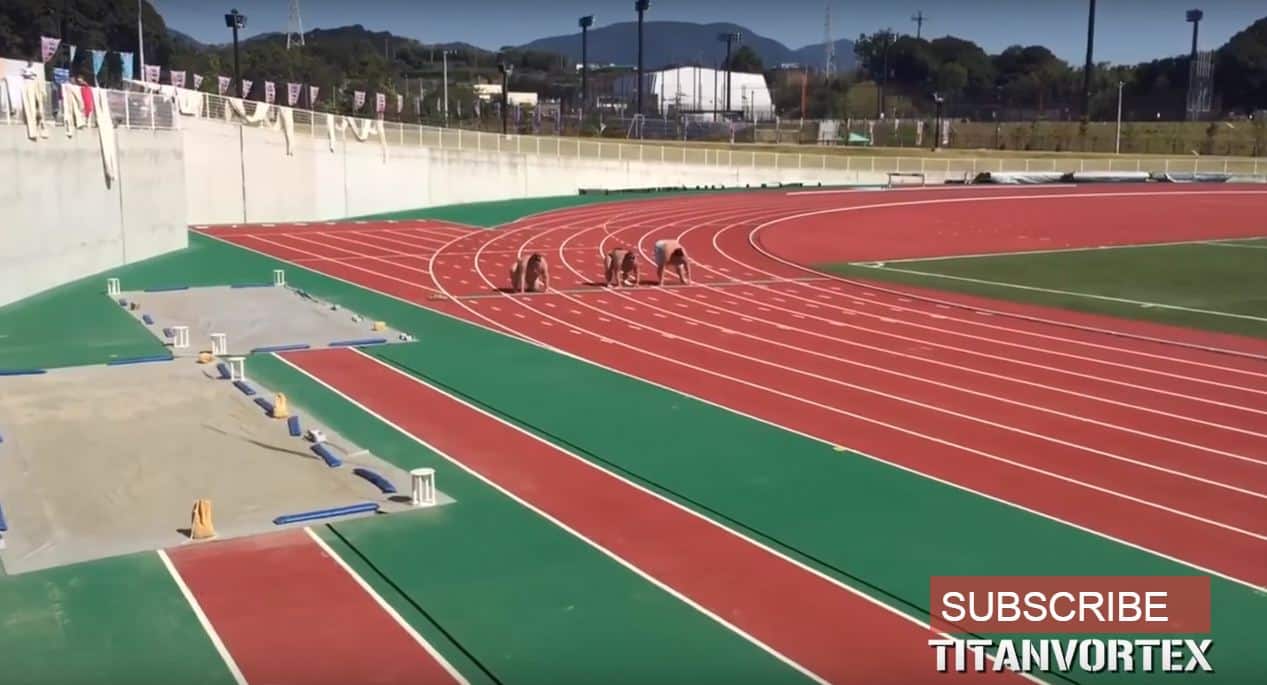 Things took a hilarious turn once the wrestlers started to sprint. 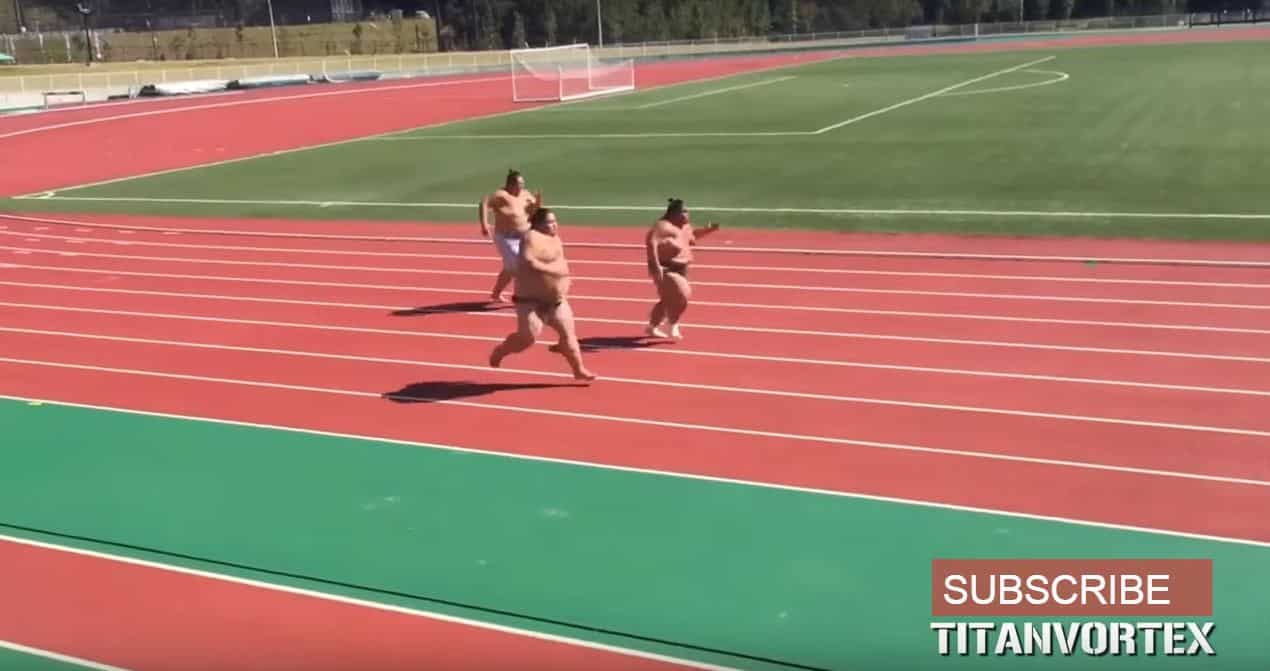 One of the wrestlers almost lost his “mawashi” while running. 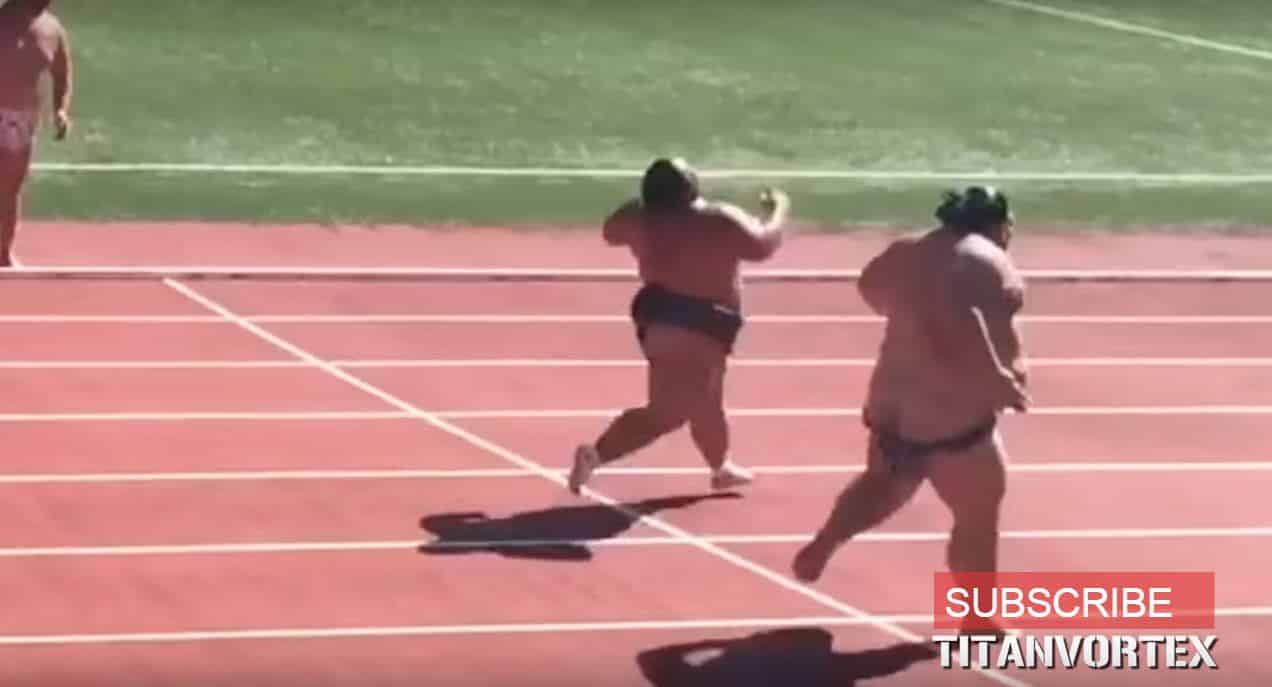 The highlight of the video was when one of the wrestlers almost lost his “mawashi” (that belt that sumo wrestlers wear) as he made his way to the finish line.

Whoever thought of this, deserves a solid high five. They should officially make this a sport. I’d definitely love to see more! 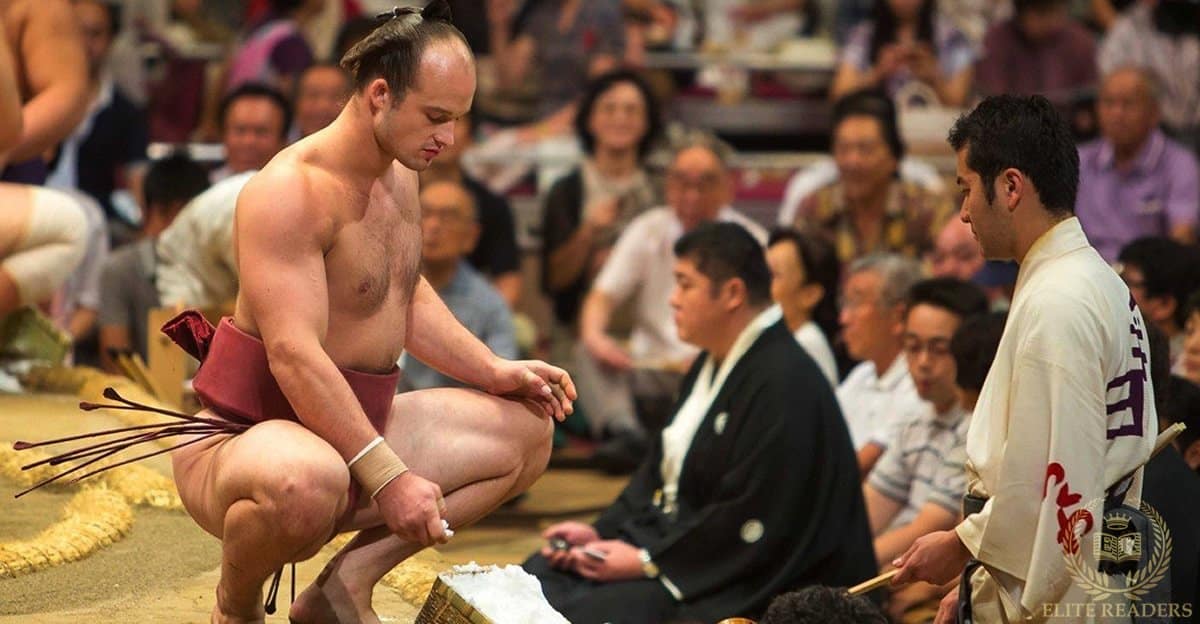