Giving your trust to someone is not an easy thing to do. However, one student was left with no choice but to trust not just one but a lot of people in his school.

Joenel Malanog, a student from the University of Southeastern Philippines (USEP) in Davao City, Davao del Sur got creative so he can earn money and still able to attend his classes. He decided to open an “Honesty Store,” which is an unattended food stall inside the school campus. 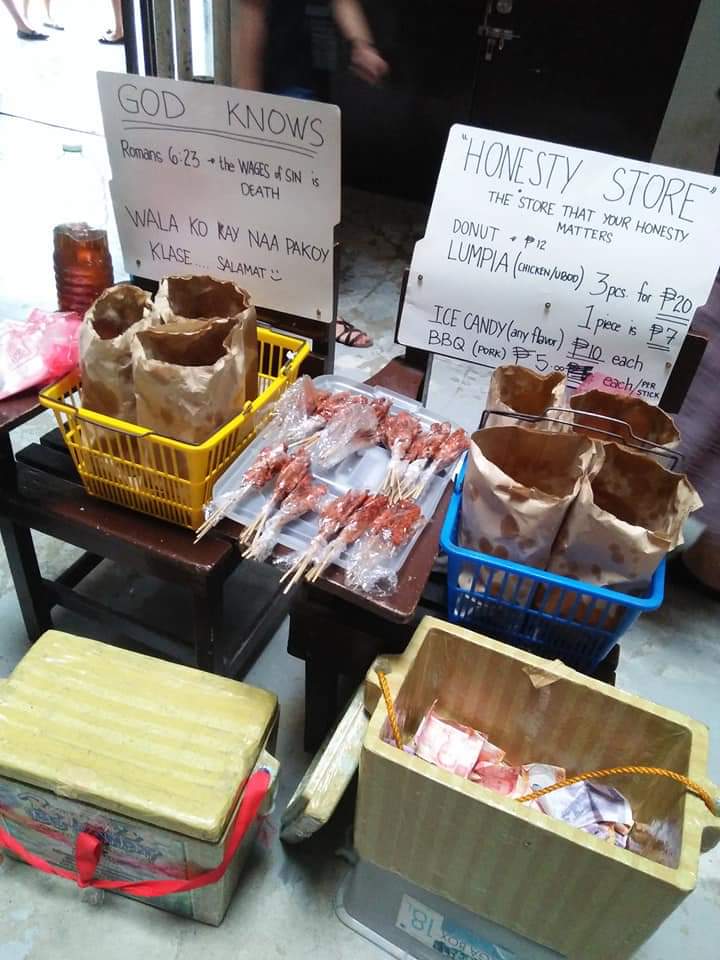 The 20-year-old student used to go around the campus selling his food, but when his schedule turned hectic, it was difficult for him to do both things at once.

As a first-year entrepreneurship student, Joenel knew he had to do something to help his parents earn money for his education and he also believed in the importance of never taking an opportunity for granted.

So instead of missing a few sales when he has to attend classes, the clever student decided to open the “Honesty Store.” Joenel sells lumpia, donut, ice candy, and pork barbecue with the price listed on cardboard pinned on a chair, so students don’t need to find him to ask how much the goods are.

He also wrote: “Wala ko kay naa ko’y klase. Salamat.” (I’m not around because I have classes. Thanks.)

While he goes to class, Joenel leaves his items unattended and relies on people’s honesty to leave the right amount of payment and change on a basket.

What’s more impressive is that Joenel’s earnings is not just for his personal needs but also to help fund the education of his four siblings.

Not surprisingly, Joenel is being praised on social media for his resourcefulness and hard work. USEP Vice President for Academic Affairs Shirley Villanueva was also proud to know that the honesty store worked because this means the students at the school are honest people.