When I was young, I wanted more than to have a teddy bear. I told my friends I wanted a pet bear. They all laughed. They said that’s not possible because the animal would likely eat me.

Growing older, I realized how stupid the idea was. Yes, bears are dangerous and they do attack people. They are not exactly the cuddly creatures the cartoons depict them to be.

But hey wait! It turns out it IS indeed possible to have a pet bear.

Svetlana and Yuriy Panteleenko, a couple from Moscow, Russia, lives with Stepan –a domesticated bear they adopted back when he was only 3 months old. The orphaned animal was found by hunters in a forest. He was alone and in bad physical condition.

The couple decided to adopt him.

Svetlana and Yuriy Panteleenko adopted Stepan when he was still a 3-month-old cub. 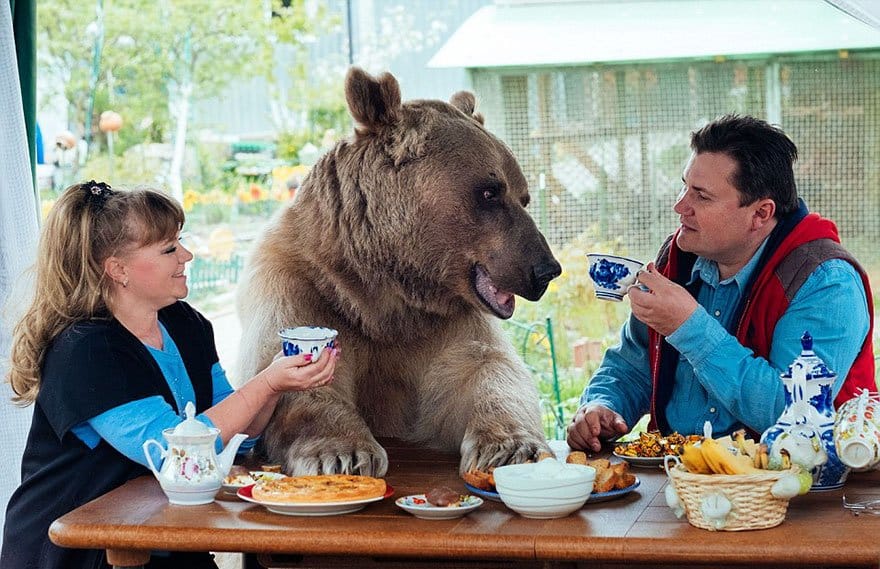 Now Stepan has been part of their family for 23 years and surprise, surpise – he is into gardening, household chores, outdoor games, TV and tea.

According to the Russian couple, Stepan “loves people and is really sociable.” 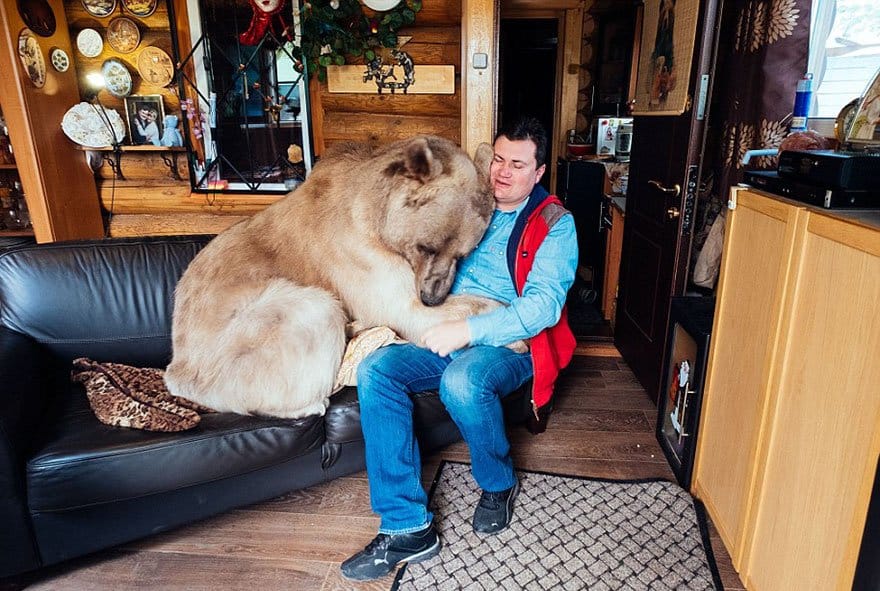 “We have never been bitten by Stepan,” attested Mrs Panteleenko. 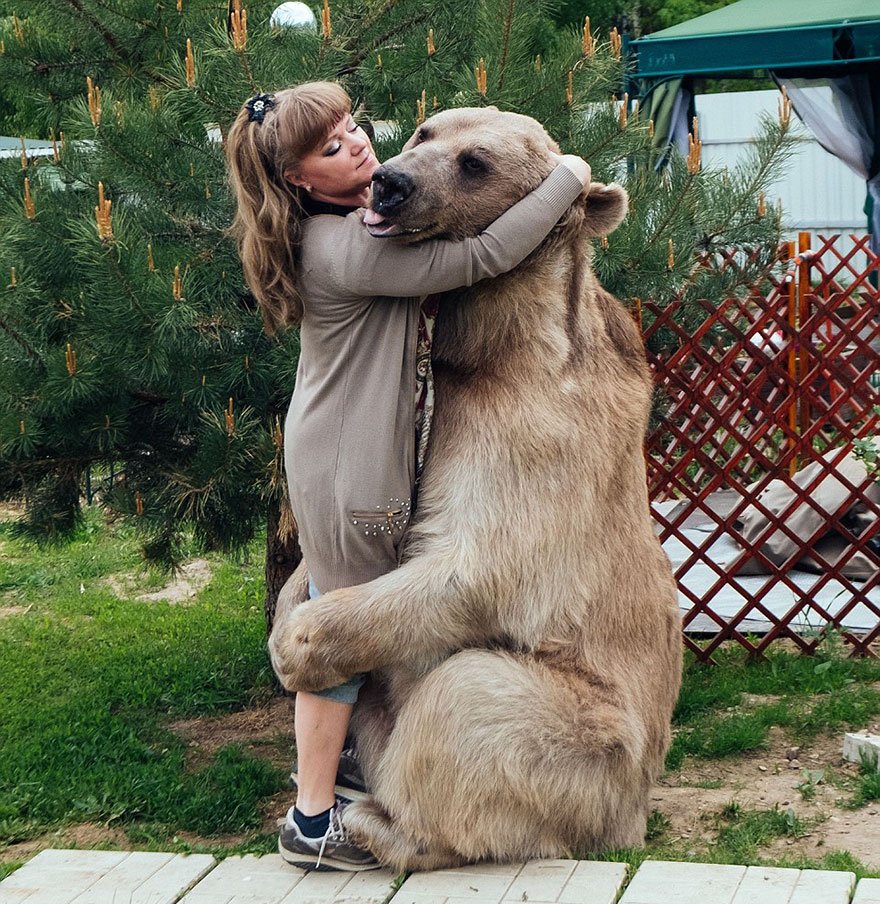 Mrs Panteleenko said the animal is really friendly and gentle:

“He absolutely loves people and is a really sociable bear – despite what people might think, he is not aggressive at all. We have never been bitten by Stepan.”

The bear loves watching TV with his humans. 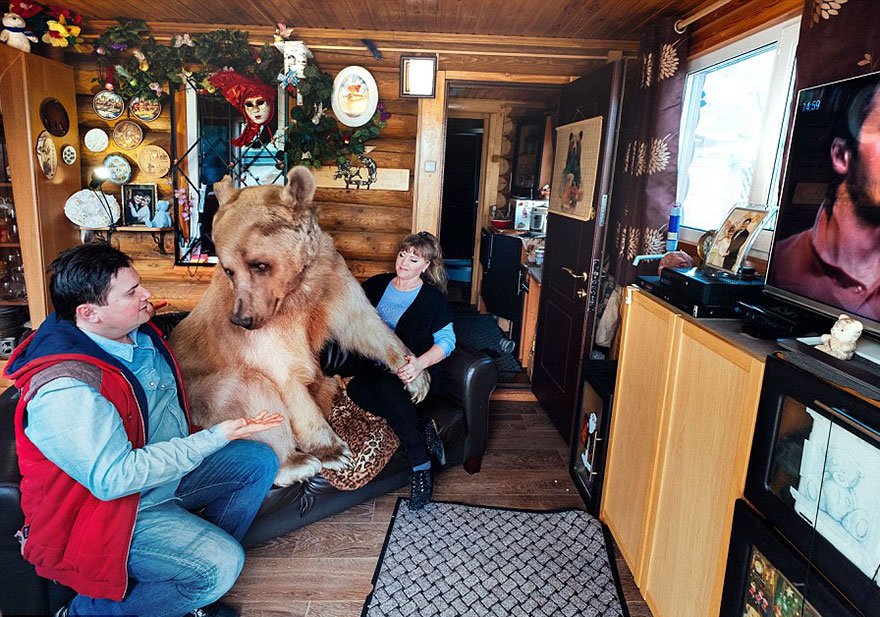 He also loves cuddling with them. 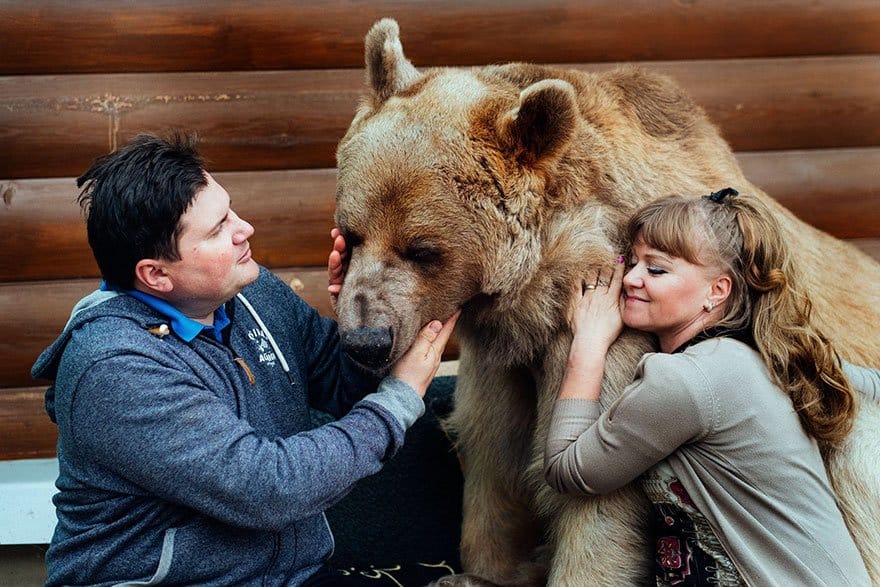 Plus he is into outdoor sports. 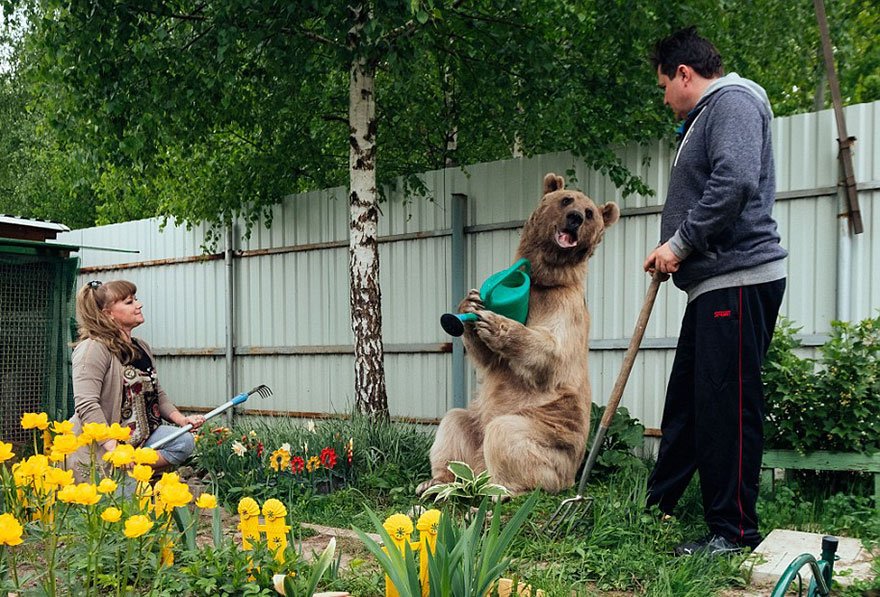 In short, it looks like this animal is living a more active lifestyle than I am.

Oh man. Anybody have an idea where I can adopt a cub?