Everybody loves dogs, and everybody loves a happy ending. So when a blind dachshund and his pit bull best friend finally got their new home together, it was an absolutely heartwarming moment.

Finding a best friend is indeed a hard task, especially when you have a particular need that only a true pal could understand without judgment. Fortunately for the 12-year-old blind dachshund OJ, he found himself a very helpful snuggle partner, a 90-pound pit bull named Blue Dozer.

OJ is a blind dachshund who manages to get around just fine with the help of Blue Dozer. 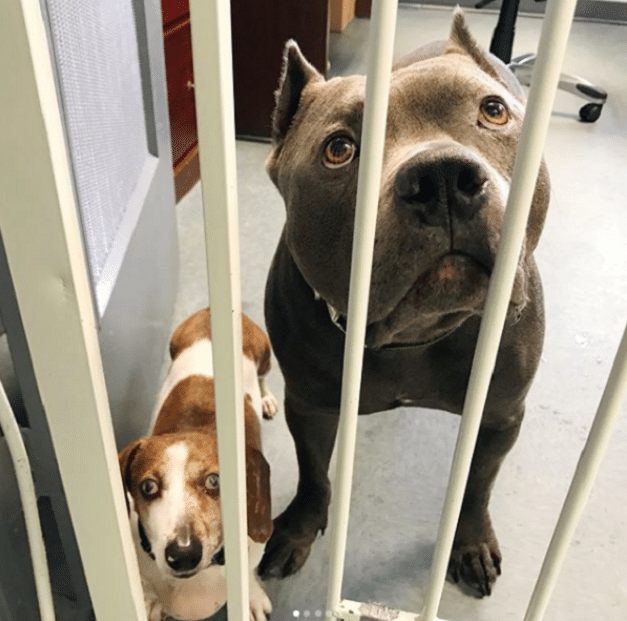 OJ and Dozer wound up at the Richmond Animal Care and Control (RACC) after their owner became homeless and couldn’t take care of them anymore. With the dachshund’s disability, the shelter knew that they’d have to be adopted out together.

Dozer leads OJ on their walks and generally being his number one snuggle partner. 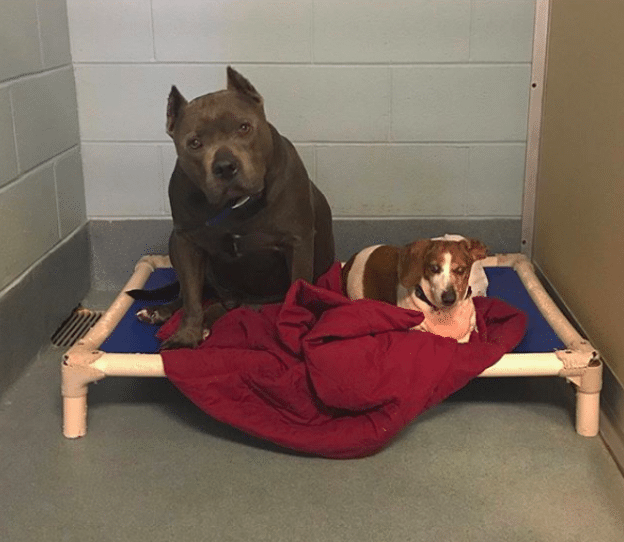 Unfortunately, the lady who adopted the best buddies ended up separating the two, leaving OJ wandering on a back road. Tracey Meadows, interim shelter director at Shenandoah Valley Animal Services Center, tracked down the woman who had adopted OJ using his microchip.

OJ was found about 100 miles away from Richmond. Dozer was nowhere in sight. 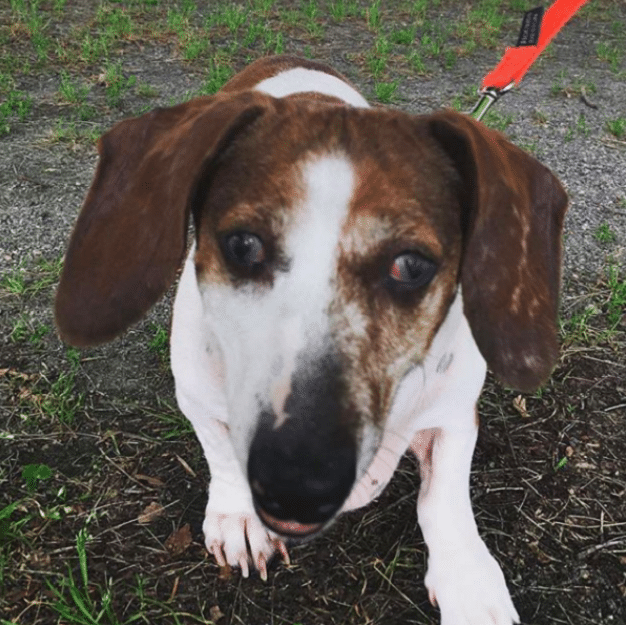 The woman gave a poor excuse as to why OJ and Dozer were not together and eventually admitted that she didn’t want the blind dachshund because he bites. After a public outcry on social media, she surrendered Dozer to the shelter where the pit bull was reunited with his best friend.

“I am very glad to announce that both OJ and Blue Dozer have just been reunited and are safely back at RACC. The only thing that matters is these sweet dogs get to stay together – and in the end, that is what we have.”

The pals were reunited after Dozer was surrendered by the woman who originally adopted both dogs. 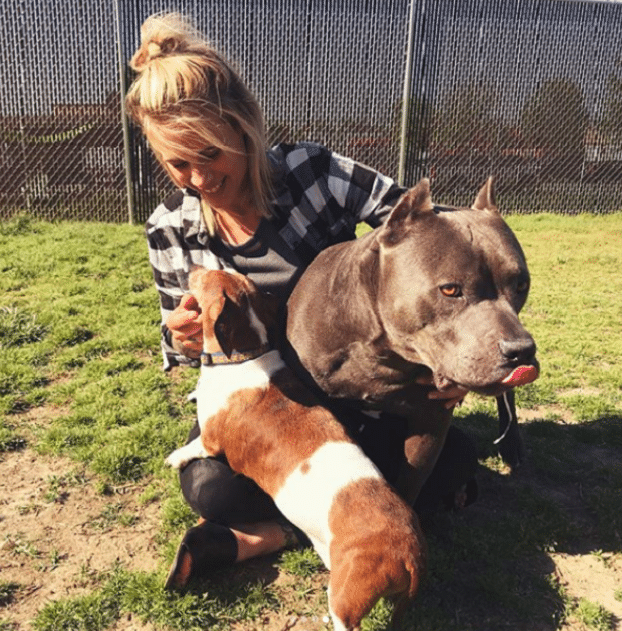 OJ and Dozer are back in each other's paws again. 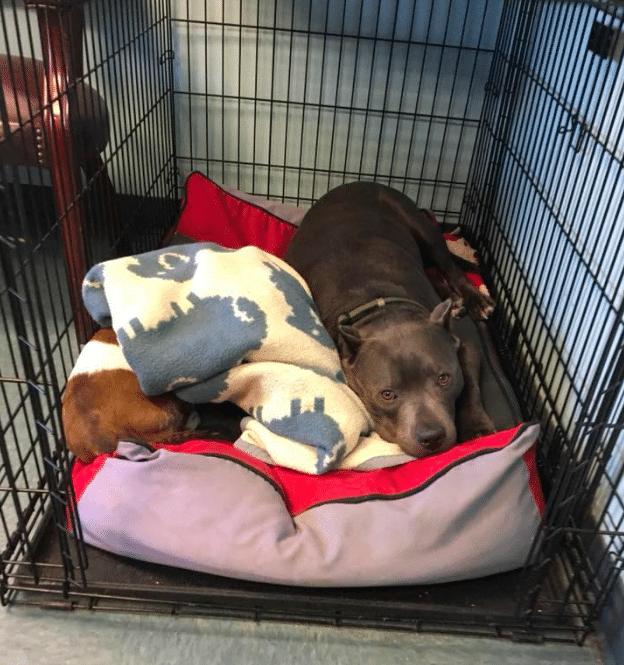 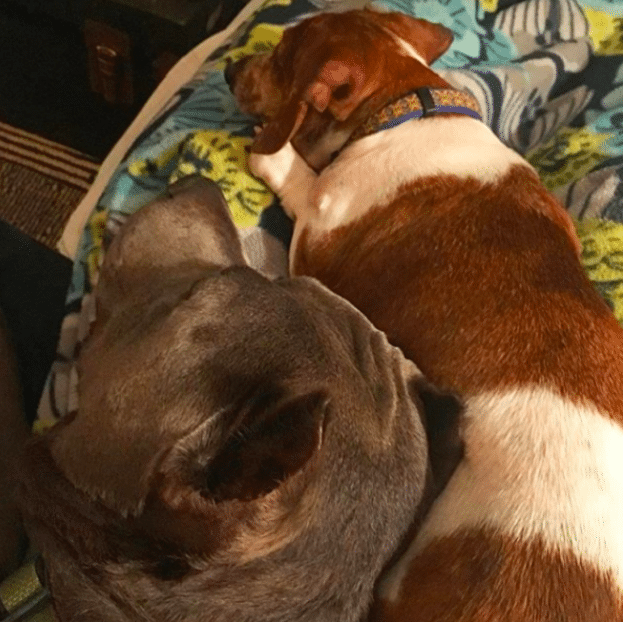 Tracey makes sure to find the perfect home for the best buddies.

Finally, OJ and Dozer found a home together, and this time their new family is more than happy to keep both dogs. The owners even started an Instagram page so that people could see their progress.

Look how happy OJ is for being adopted with his best pal! 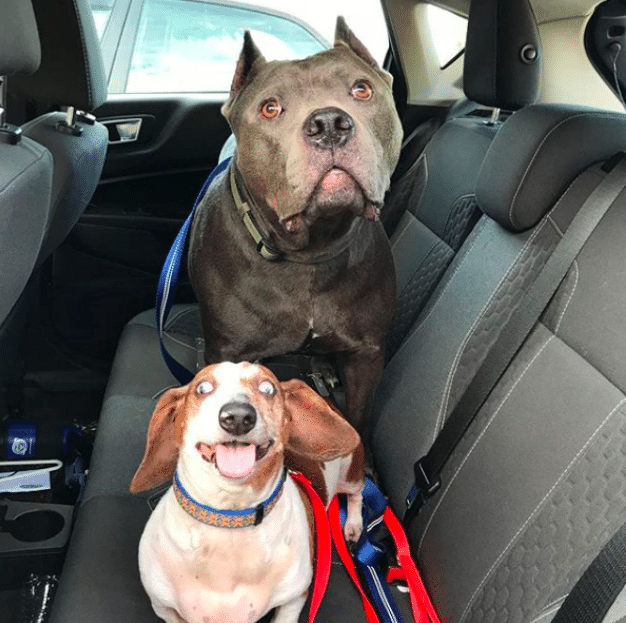 Judging by the photos, it is safe to say that OJ and Dozer are both happy and content. 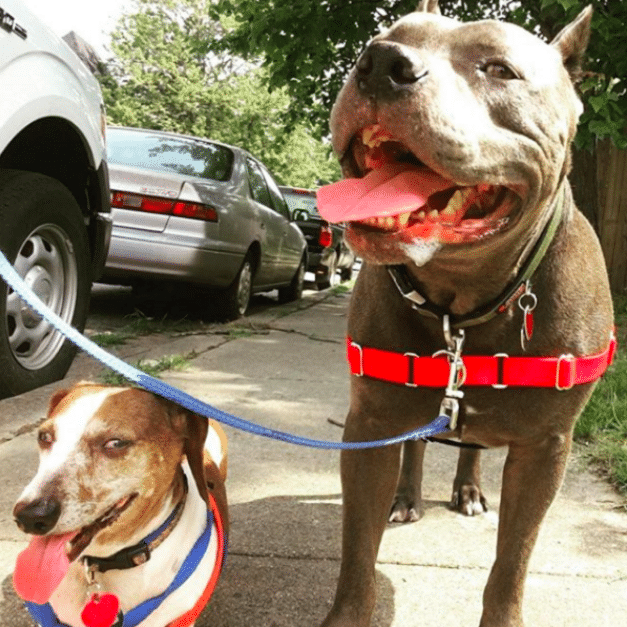