A picture of an accident between a car and a bicycle has gone extremely viral on Chinese social media websites. A bike collided head-on with a car on the street in the city of Shenzhen in south China and, somehow, the car ended up coming out of the crash looking much worse.

With that said, many thought that the viral photo was a fake one since it’s quite hard to believe that a bicycle would do more damage to a car than the other way around. Now, cops released a video to prove it’s real. 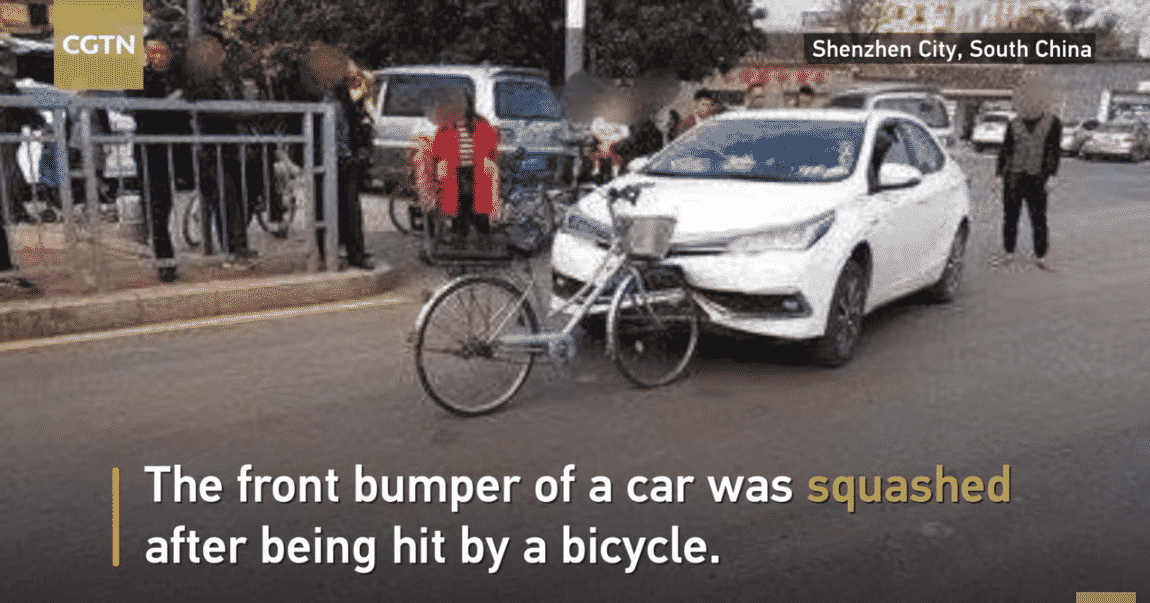 The accident was reportedly caused by the cyclist who was biking up the street in the wrong direction and collided with the car. Fortunately, he was not seriously injured — just like his bicycle.

People were shocked to see a photo from the incident showing the front bumper of a car entirely damaged, while the bicycle came out almost scratch-free. As expected, the picture took the internet by storm.

“What is this bicycle made of” is a question that everyone seems to be asking after looking at the viral pic. But there were also people who doubted that the photo was edited or altered. 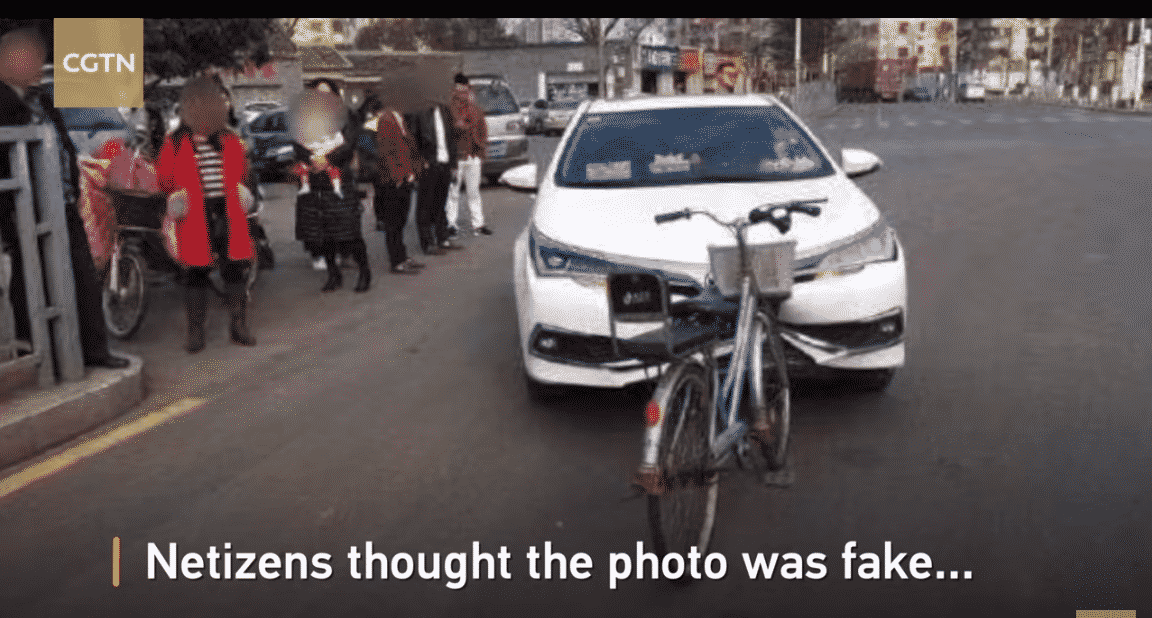 As many netizens began to wonder if the picture was fake, local police released a video from the scene of the accident to end all speculations. The clip shows a damaged car and an intact bicycle, confirming that the viral pic was not edited or altered at all.

Predictably, the picture led to a lot of jokes.

“Can someone tell me what brand bicycle that is before it gets sold out?”

Some joked that the sturdy bicycle was probably made in Germany, while the damaged car was made in China.