The Wadi Sura II was first discovered in the desert of Egypt back in 2002. Researchers have been puzzled by the artistic designs that cover the walls of the cave, which are estimated to be 8,000 years old.

There are drawings of human figures, wild beasts, and other weird headless beings, which is why the cave earned the nickname “Cave of Beasts.”

Some tiny handprints were even settled within a larger handprint. Oddly, however, a new discovery has found that those handprints don’t actually belong to humans.

The Cave of Beasts is found in a rock art site in the Sahara. 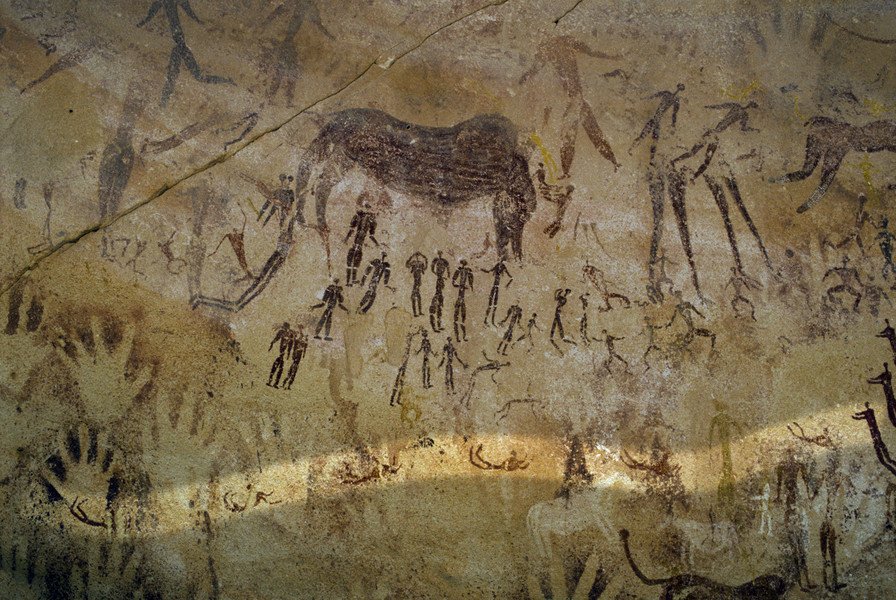 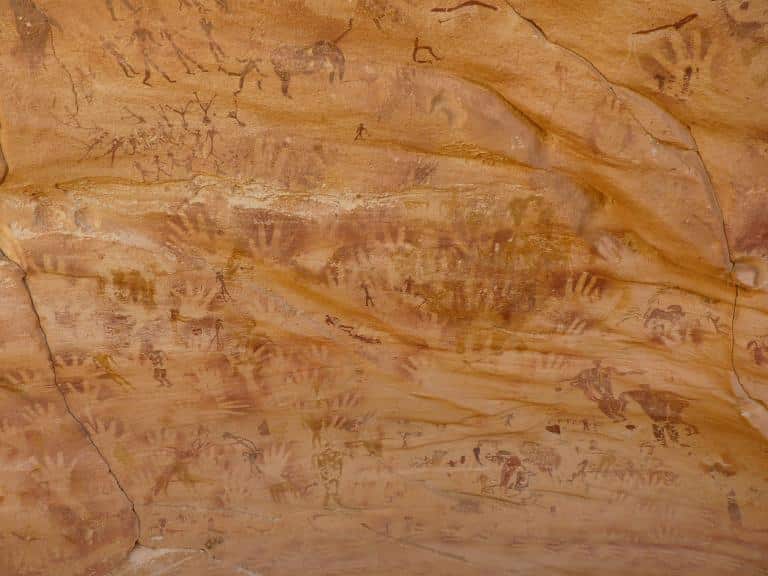 McDonald Institute for Archaeological Research anthropologist  Emmanuelle Honoré first visited the site in 2006 and noticed that the prints were much smaller than an infant’s. Honoré then compared measurements taken from the outlines of the hands of an infant, who were born term and pre-term.

Honoré also gathered a team of medical researchers to help collect information from a neonatal unit at a French hospital. Honoré strongly believes that the prints don’t come from a human. So, where do they come from then?

The anthropologist suspected that they belonged to monkey paws, but somehow the proportions weren’t right. Then, her colleagues at the Parisian Museum of Natural History suggested she should find her answers by looking at reptiles.

So far, the outlines that match the cave prints the closest belong to those of the desert monitor lizard.

The feet of baby crocs were also considered, but this theory is currently being studied, notes National Geographic.

As to what most of the prints, drawings and carvings found in the cave mean, an answer has yet to be revealed. Honoré told NatGeo:

“It’s very challenging for us as researchers to interpret these paintings since we have a culture that’s totally different [from the one that created it].”