A Saudi woman may face jail time for a year for defaming her husband she caught cheating with a family maid.

The wife, who had long suspected her husband of fooling around, set-up a hidden camera to catch her husband in the act. Unfortunately, she could be punished for secretly filming her husband’s dirty deeds.

In the controversial video, the husband can be seen forcing himself on one of the family maids in the kitchen. On the other hand, the maid seems to be trying to resist the man’s advances.

For her revenge, the angry wife then shared the video on social media with the caption: “The minimum punishment for this husband is to scandalise him.”

A scorned wife shared a footage of her husband cheating with a family maid. 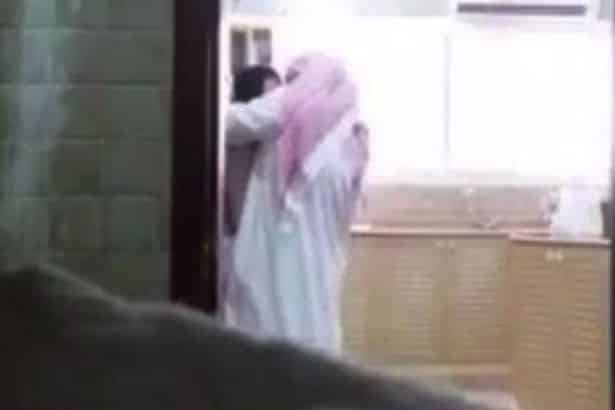 With the hashtag #SaudiWomanCatchesHusbandCheating, the video quickly took the Internet by storm with the hashtag getting more than 25,000 mentions in a matter of 12 hours.

Unfortunately for the wife, her revenge may soon backfire as Saudi Arabia enforces strict punishment for anyone using photos or videos to shame another person.

“She faces up to one year in prison or a fine of SR500,000 (£87,214) for defaming her husband in line with the law on information technology crimes,” said Majid Qaroob, a prominent Saudi lawyer.

Watch the shocking footage below.