Judging by its title alone, some might think “Our Super Adventure” comics is about the life of superheroes – but it’s not. Well actually, it is a series of autobiographical comics based on a couple who lives with four cats.

Written and drawn by British artist Sarah Graley, the comic tells the story of Sarah, her boyfriend Stef, and her four feline friends namely Pesto, Pixel, Toby, and Wilson.

The comic is just as funny as it is heartwarming. It captures the day-to-day life of the couple and the strips are brutally honest and hilarious. It accurately portrays what happens when lovers get very comfortable with each other.

In her website, Graley tells us she grew up as a big fan of comics and cartoons. She said:

“I was an avid reader of Sonic The Comic as a kid. Around 17, I was introduced to Scott Pilgrim and discovered Liz Prince, which were both big inspirations for me. I also find cartoons to be very inspiring. I am currently actively watching Rick and Morty, Gravity Falls, Clarence and Harvey Beaks.”

Go check out her awesome stuff below and share with us which one is your favorite:

#1. And you thought she was just helping you get to work on time… 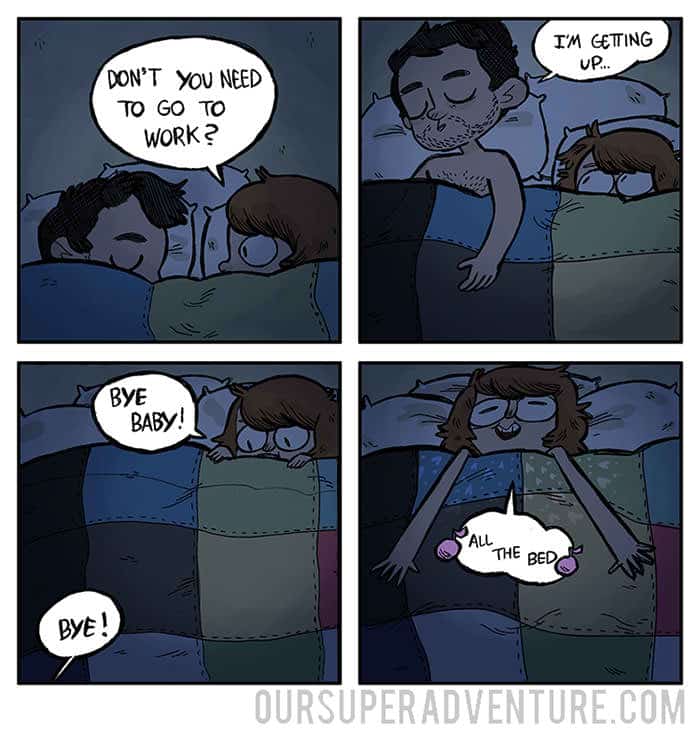 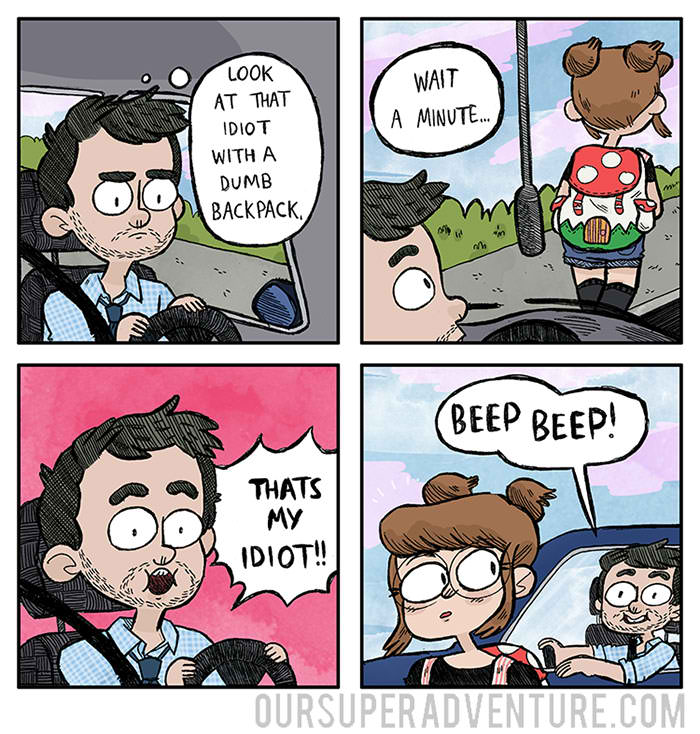 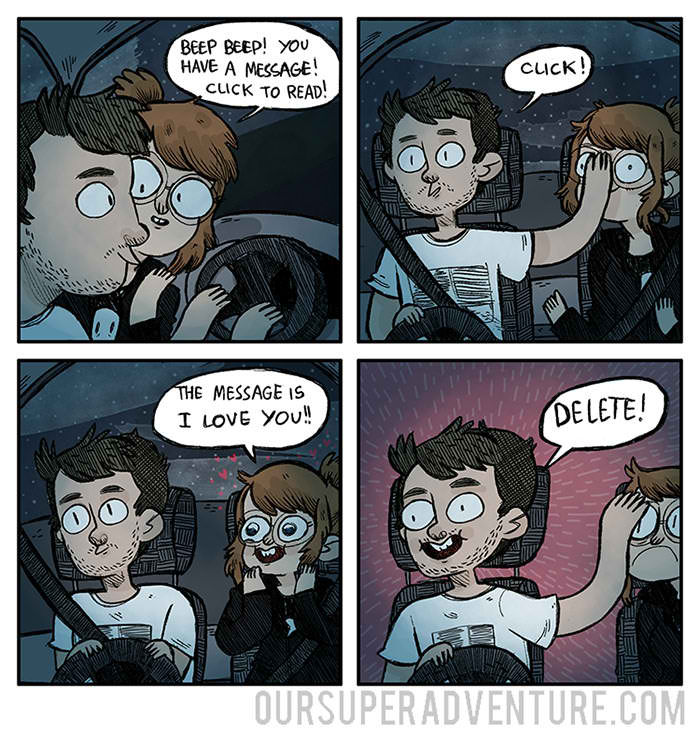 #4. When there are crumbs in the bed. 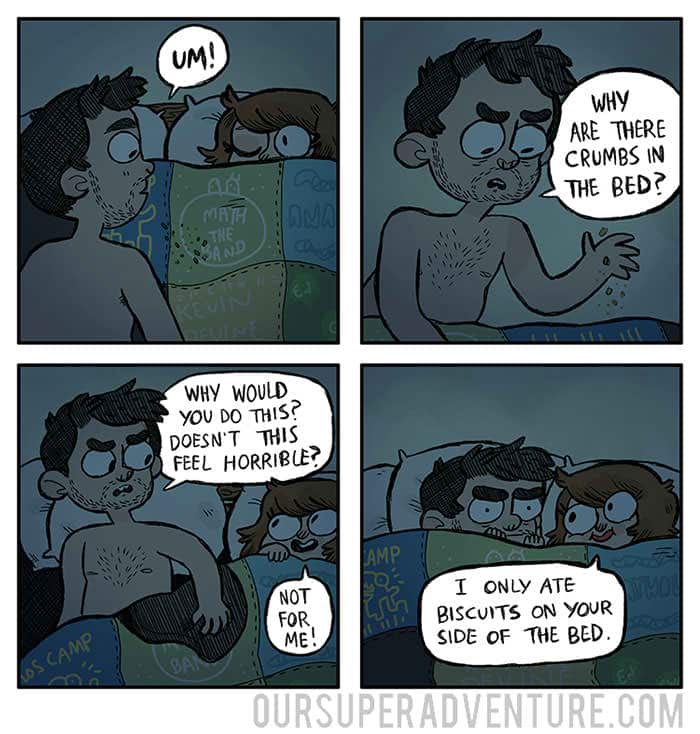 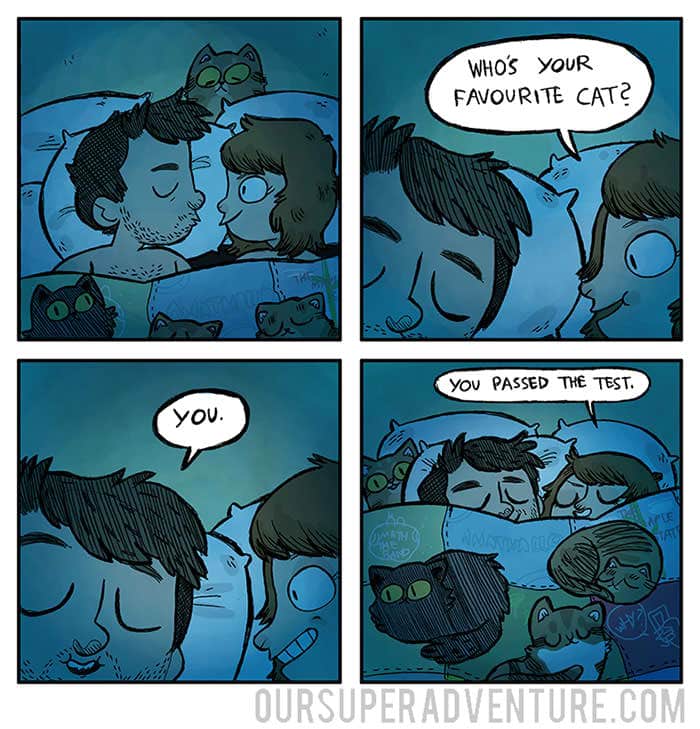 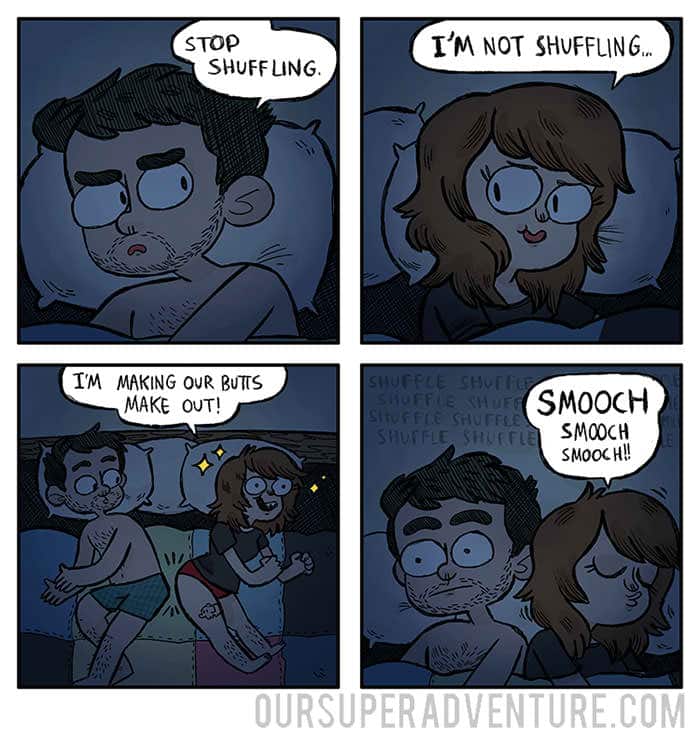 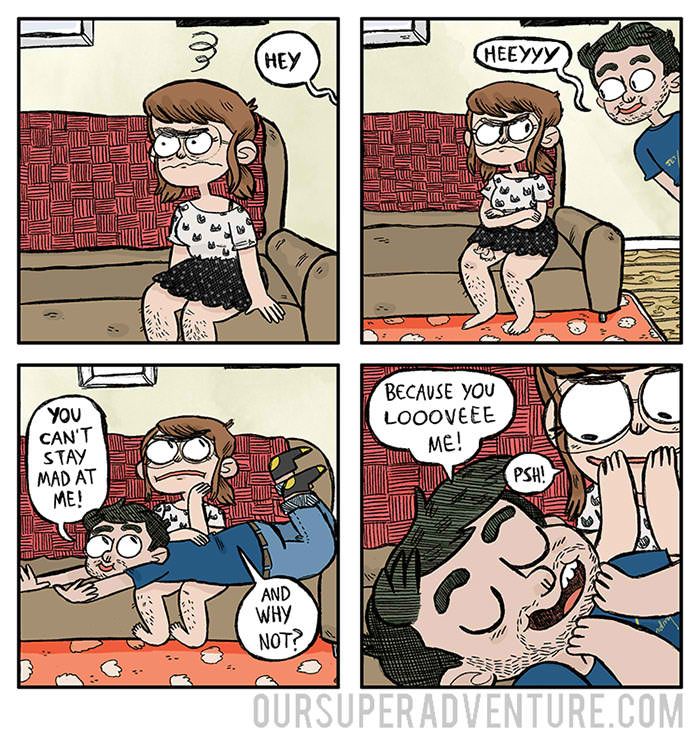 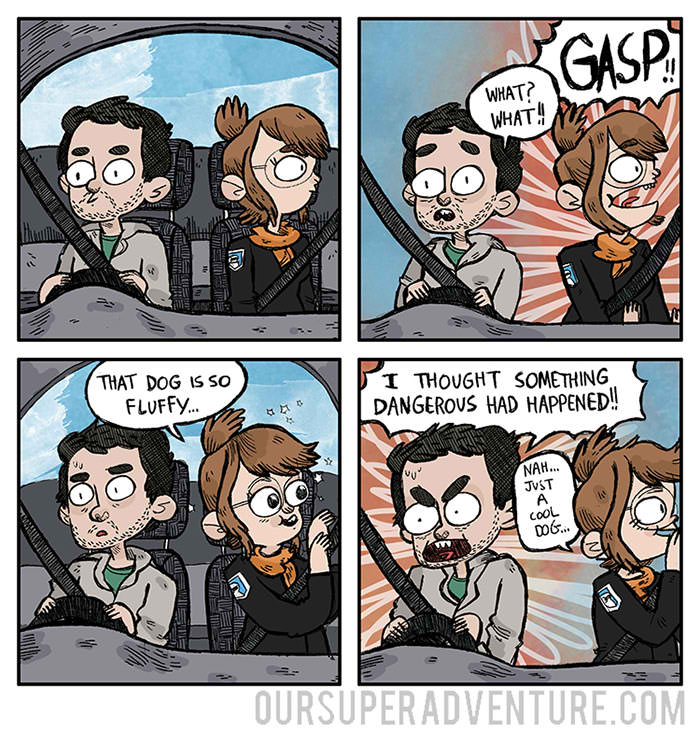 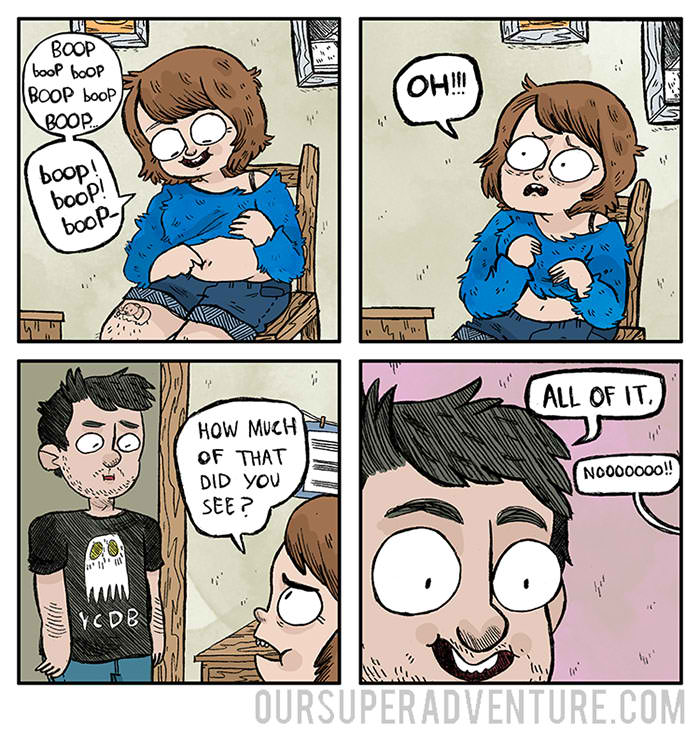 #10. When she eats pizza without you… 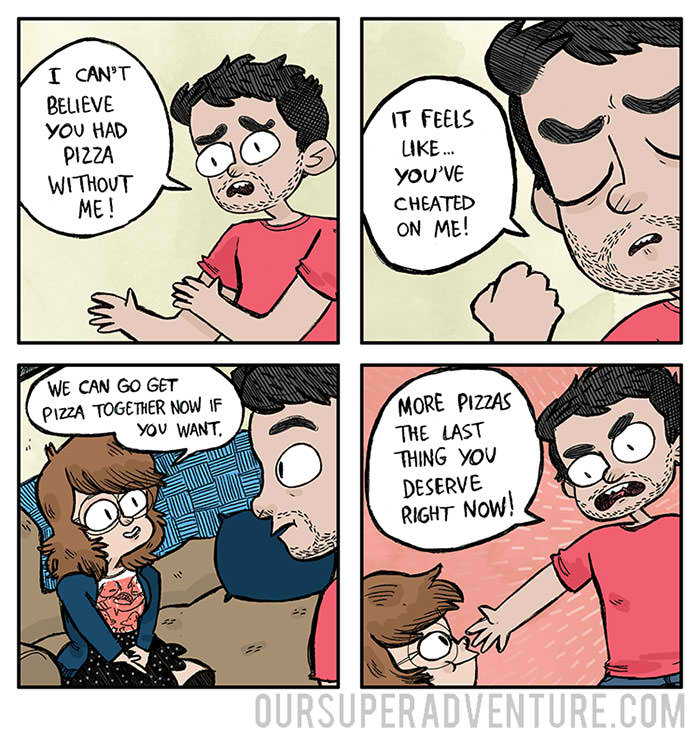 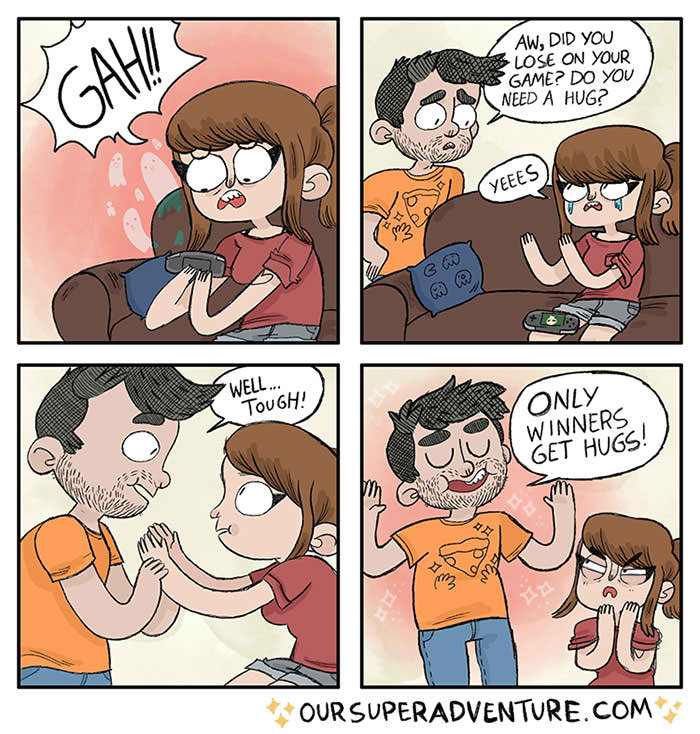 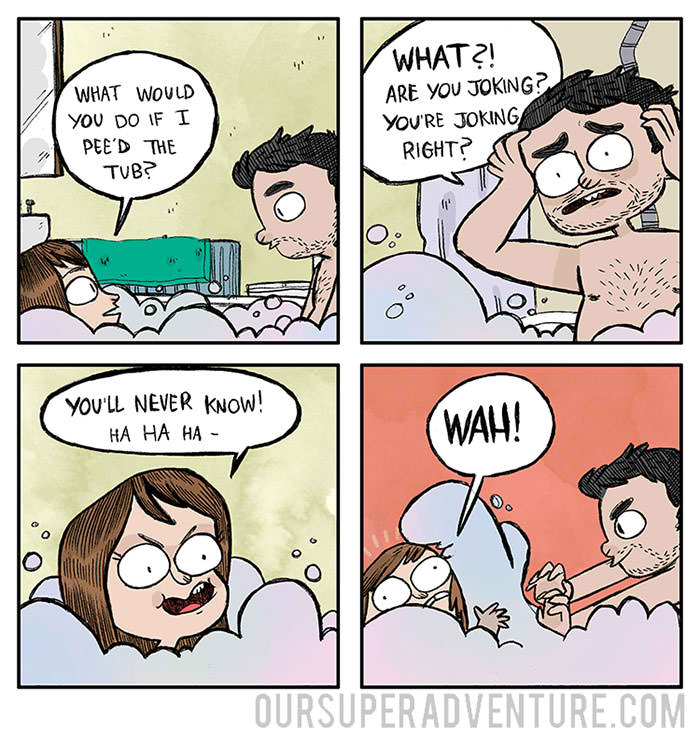 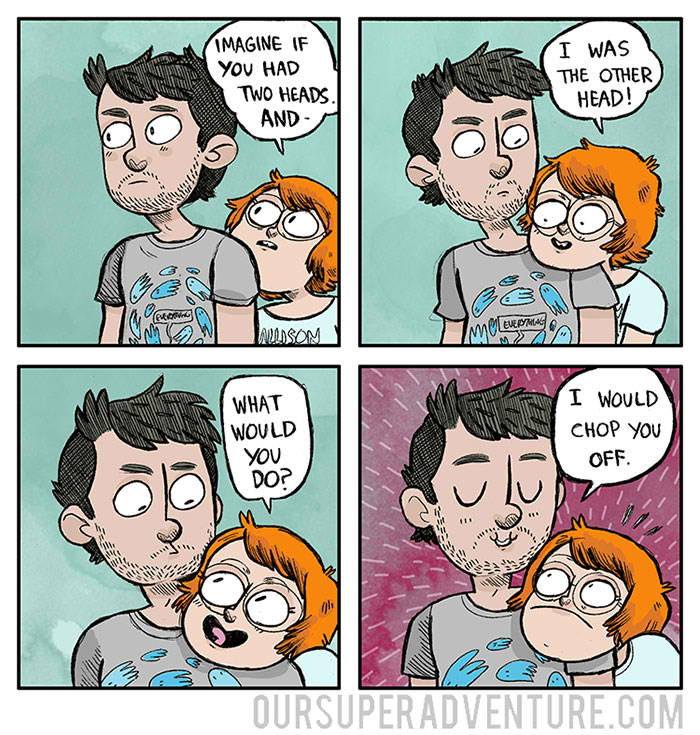 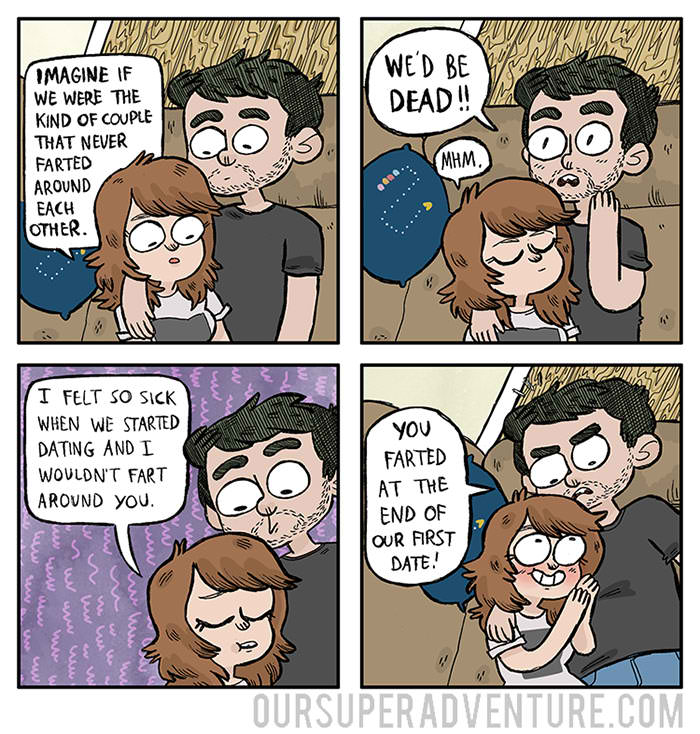 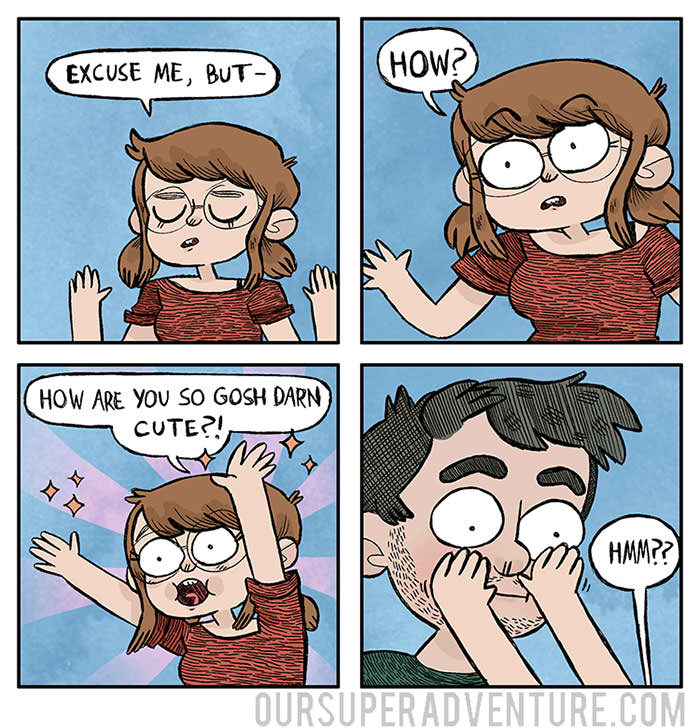 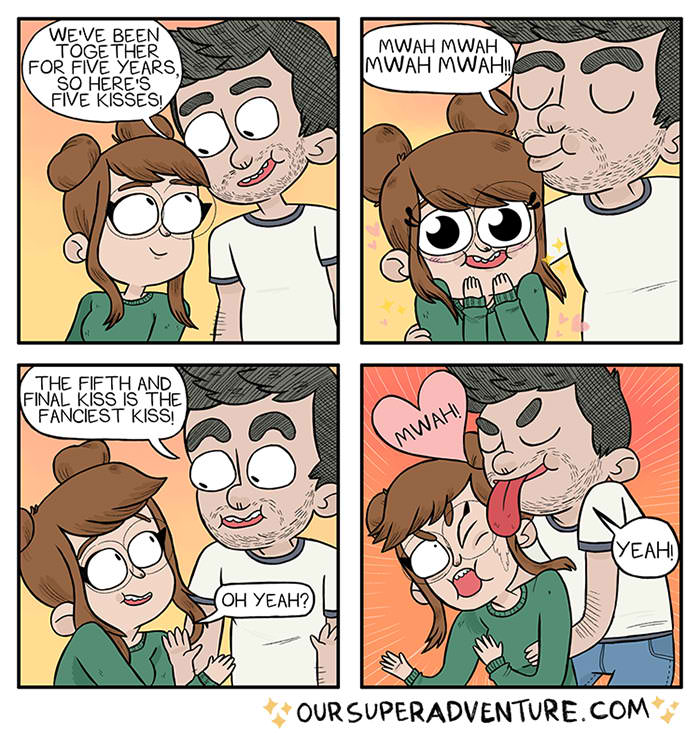 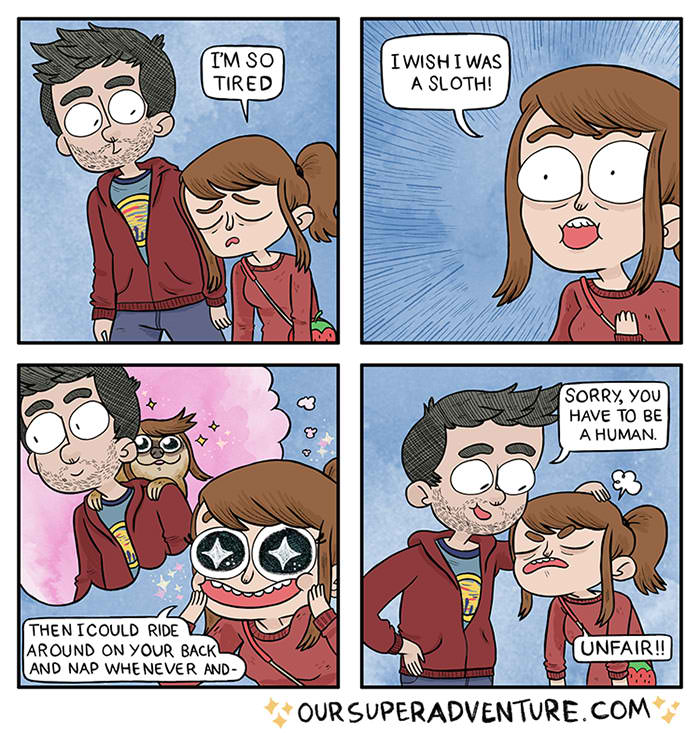 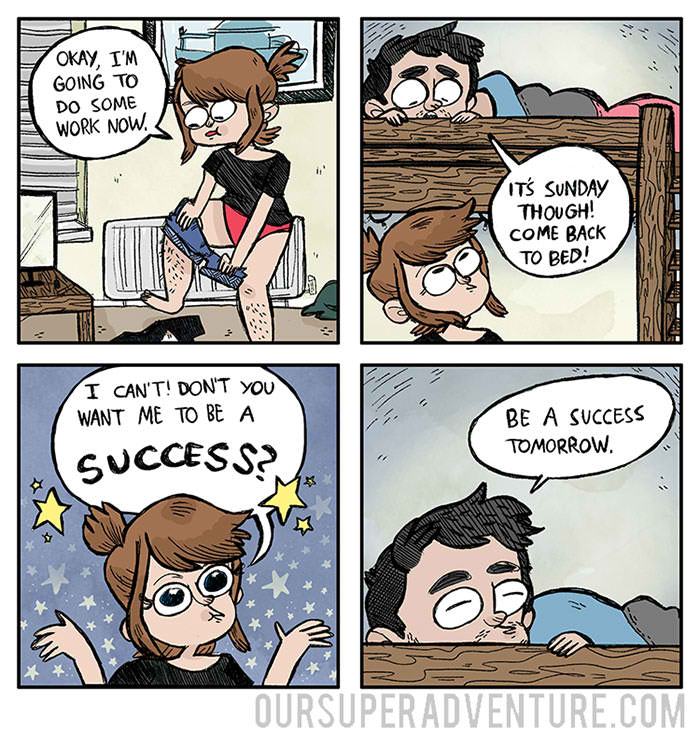 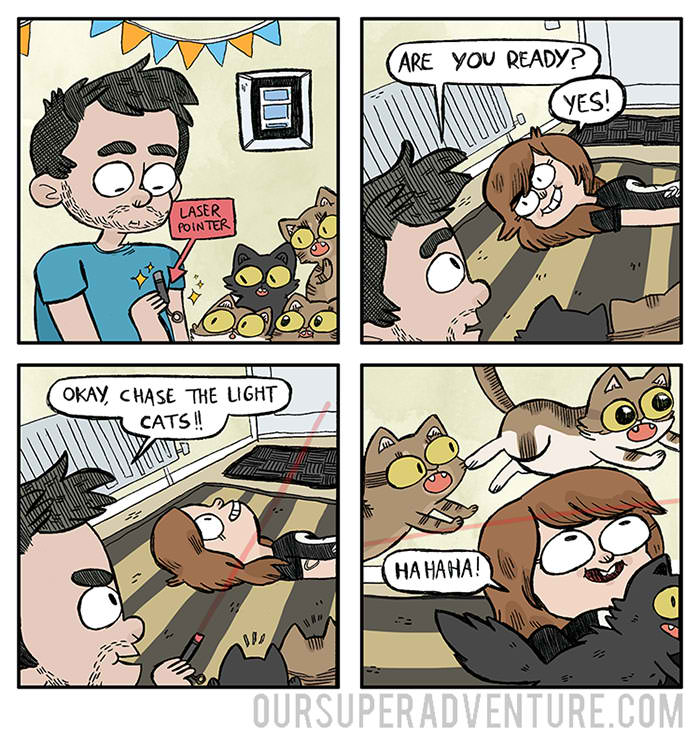 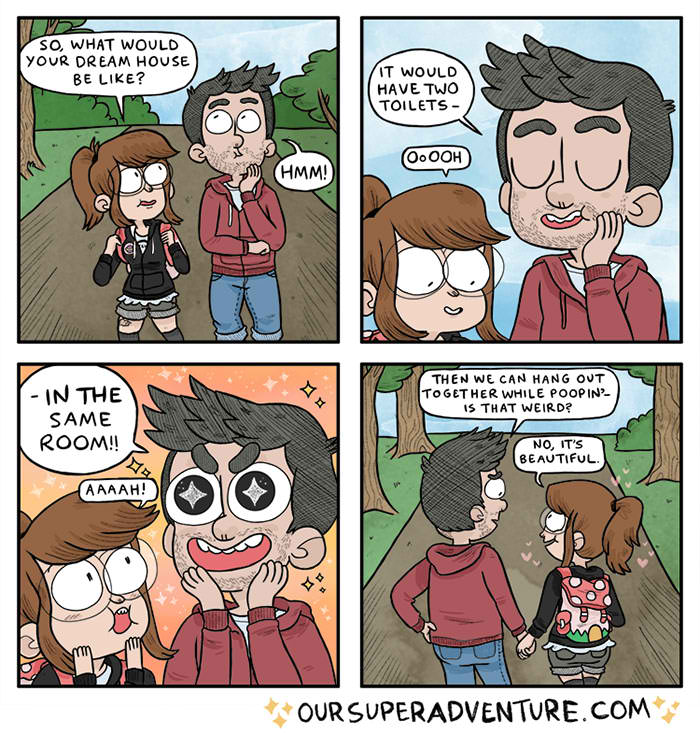