The video below, taken in Washington, shows us an unusual ‘salmon race’ happening not on water but, oddly, on a road. Sure, it sounds unbelievable but believe us, I wouldn’t believe it too if I didn’t saw the footage myself.

Uploaded by Shannon Adams on both Facebook and YouTube, the short clip has since gained a lot of online attention from curious netizens across the world.

In the video’s description on YouTube, Shannon shared the explanation behind the strange incident. 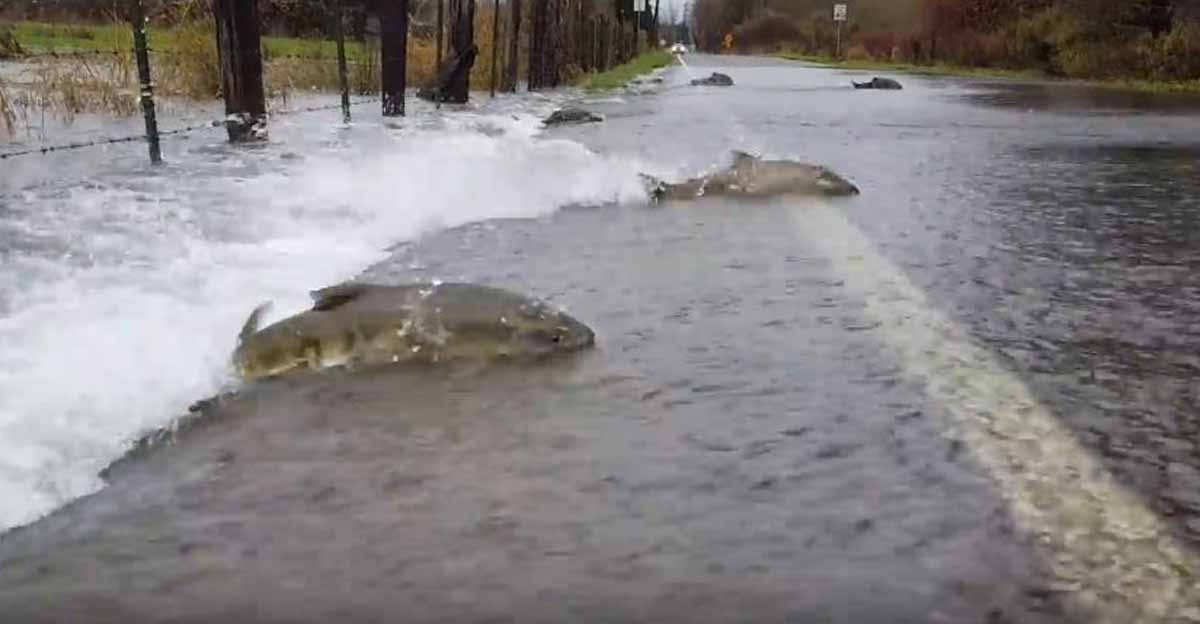 “This video was taken in November 2016 on the Skykomish Valley Road near Seattle, WA. Due to high rainfall, the river had burst its banks and was flooding over fields and roads. Migrating salmon – returning from a life in the ocean – seek the lower flow streams to spawn and die. These are following the stream wherever it goes – using great effort to overcome obstacles including roads.”

Reports tell us that while flooding occurred in the area was common, it was indeed a rare sight to see salmon on the road, struggling to go against the flow.

It is also noticeable that the water was a few inches deep but the salmon did their best to still cross the road. 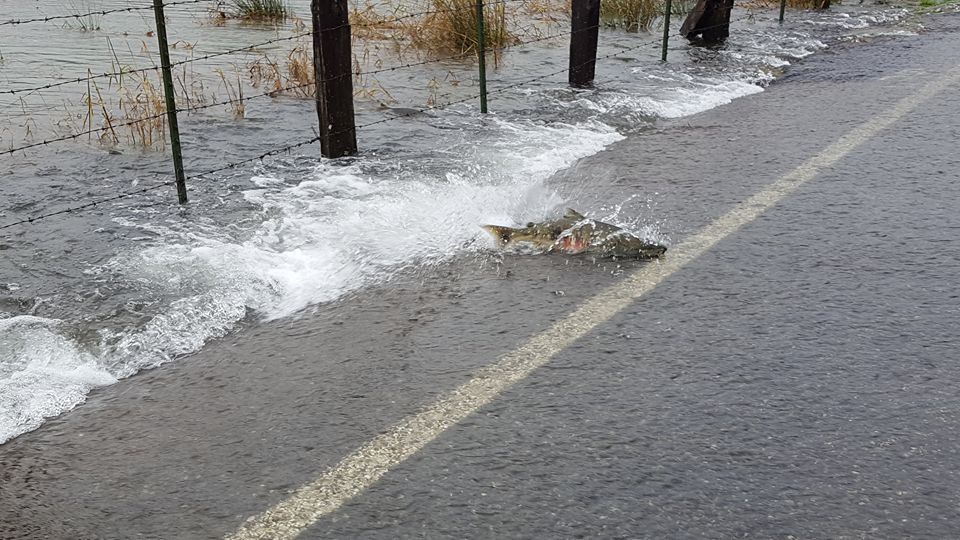 Fortunately, motorists who witnessed the unexpected crossing patiently waited until the fishes were done with their journey. 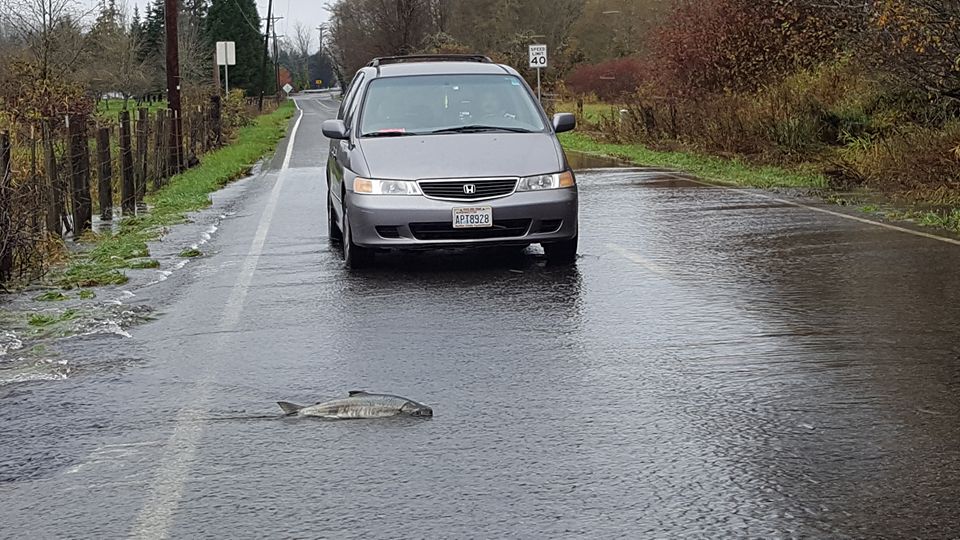 That was definitely a kind gesture from the locals.

These badass salmon definitely proved that only dead fish go with the flow!