Talk about an extreme kind of baptism! Recent reports are revealing about a disturbing incident in St George Convent in Yessentuki, Russia where a priest forcibly dunked a screaming girl’s head underwater in an attempt to get rid of the devil.

The girl, who is only 2 years old, was accompanied by her parents during the baptismal ceremony but surprisingly, they didn’t do or say anything about it.

Ilia Semiletov will be facing a church court because of his actions. 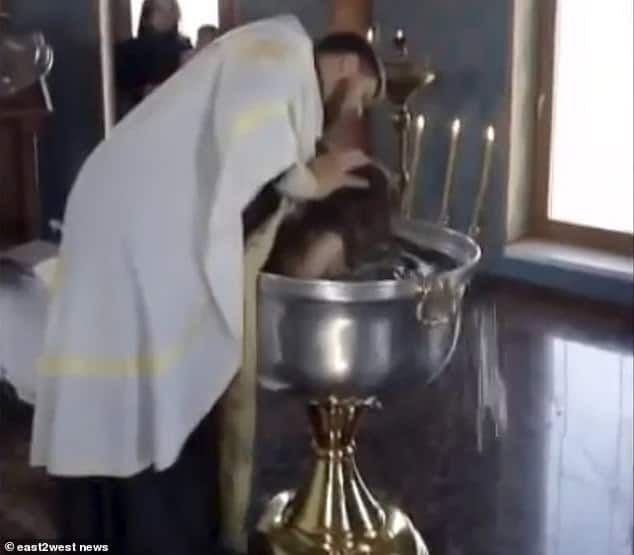 In the video, it can be seen that the Russian Orthodox priest pushed the naked child’s head three times in the font.

As a DailyMail report tells us:

“The girl screamed in terror but watching adults did not intervene and there was even laughter among those standing nearby.

“There were claims that the priest had twice struck the girl’s head on the font during the extreme baptism but these were denied by the church and the girl’s mother.”

Meanwhile, parishioner Liliya Reznikova disclosed that Semiletov told her that children must be “broken” during baptism because “Satan is sitting inside them.” 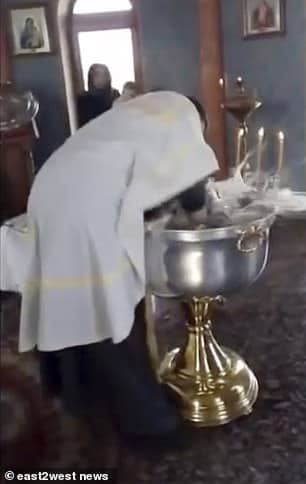 “I remember how I was scared when he began to speak this nonsense.”

Archpriest Mikhail Samokhin, of the Pyatigorsk and Circassian diocese, pointed out:

“The priest acted too harshly. He has been suspended from officiating at services and he will he will be judged by the church court.”

Although the video only went viral recently, reports confirm that it was taken two years ago.

“My daughter was two then. She was crying because she was afraid of the priest. She was in church for the first time.”

“We are very grateful to the priest that he agreed to baptize her.”

So far, the parents do not have plans any plans of filing a complaint. Both the priest and the little girl’s parents have since been slammed by netizens online.

“Does this maniac serve the church or the devil?”

“How could the parents calmly watch it?”

“Everything is fine with the girl. Her parents did not complain nor make any claims either against the priest or to the convent or the diocese…

“There was no injury to the child, God forbid. The diocese stressed that the sacrament was formally performed according to all canons, with a three-time immersion in the font.

“All the necessary prayers were pronounced.”

Watch the video here to see for yourself: