Why does everybody seem to be obsessed with robotics lately?

In a recent news circulating online, we learn that a military leader in Russia believes that combat robots will be replacing soldiers in the future. Furthermore, these robotic warriors will fight on land, in the air, at sea, and even in outer space, as an RT article tells us.

“Future warfare will involve operators and machines, not soldiers shooting at each other on the battlefield,” said Russia’s Lt. Gen. Andrey Grigoriev. 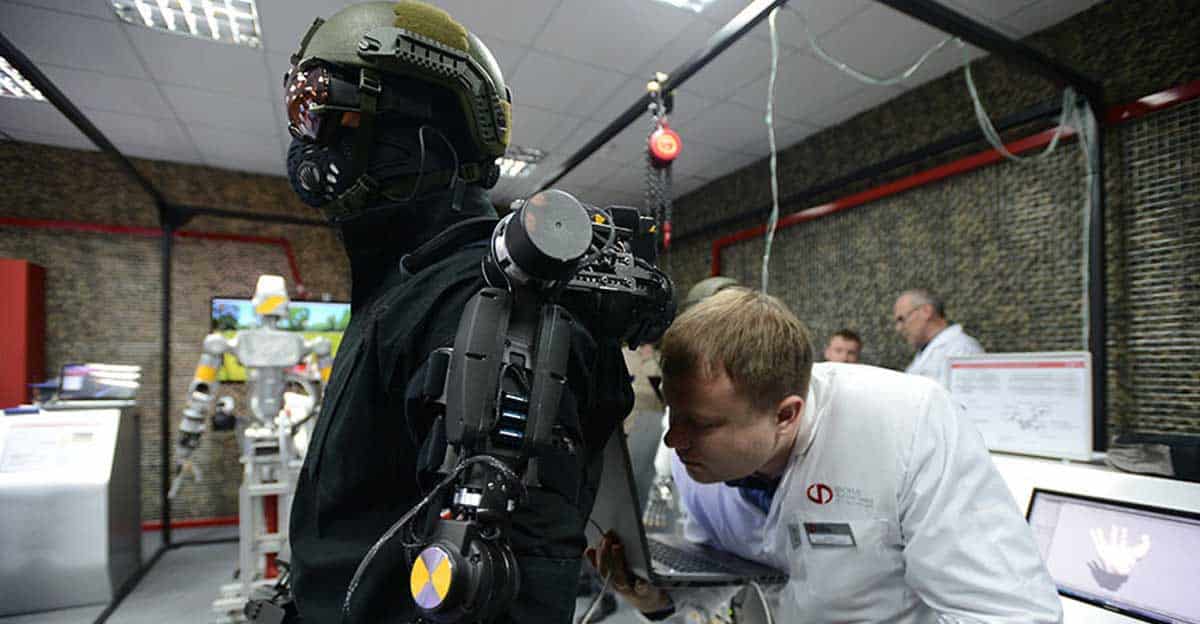 “I see a greater robotization [of war], in fact, future warfare will involve operators and machines, not soldiers shooting at each other on the battlefield…

“It would be powerful robot units fighting on land, in the air, at sea as well as underwater and in outer space.”

Last year, Vladimir Putin visited a Research Institute outside of Moscow and was presented this military cybirg biker:

What role would human soldiers play in the future then? Grigoriev said:

“The soldier would gradually turn into an operator and be removed from the battlefield.”

In relation with this, we have heard about last year’s news about the United Instrument Manufacturing Corporation (UIMC) which had been developing the Unicom – a software capable of powering up to 10 robots at the same tne. The system can designate ‘roles’ among robots, pick a ‘commander,’and even assign combat missions.

Meanwhile, Russia’s The Legionnaire is currently a work in progress. This one will come with advanced firearms and communication systems along with protection against bullets and shrapnel.

About a year ago, Grigoriev also mentioned that the country was creating a cyborg that resembles “a human in appearance.” This machine has been built to withstand hostile environments and is designed to “learn how to run, jump, overcome obstacles and even ride a motorbike.”

Another work-in-progress project is the “IVAN The Terminator”:

Well warfare just got a lot more expensive, folks. If you’ll look at the brightside though, this may lead to a decreased number of military casualties in the battlefield.