Anyone afraid of heights out there? If you are, you might want to hold on to something before you scroll down!

Meet Angela Nikolau, a seemingly regular Russian girl who, like most women around her age, has a knack for posting numerous selfies on her Instagram.

However, the really catchy thing about Angela is the fact that her selfies aren’t your regular OOTDs and #WokeUpLikeThis selfies. Her selfies would make anyone who’s afraid of heights want to squirm.

Angela Nikolau, the daredevil from Russia. 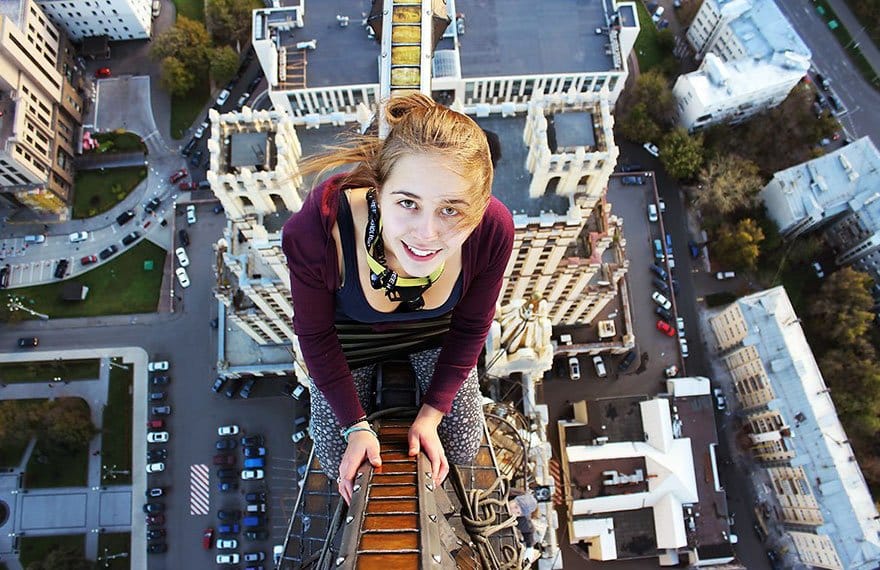 Angela is an absolute daredevil when it comes to selfies, and this has given her thousands upon thousands of followers who want to see where she’ll climb off to next.

Selfies from way, way up! 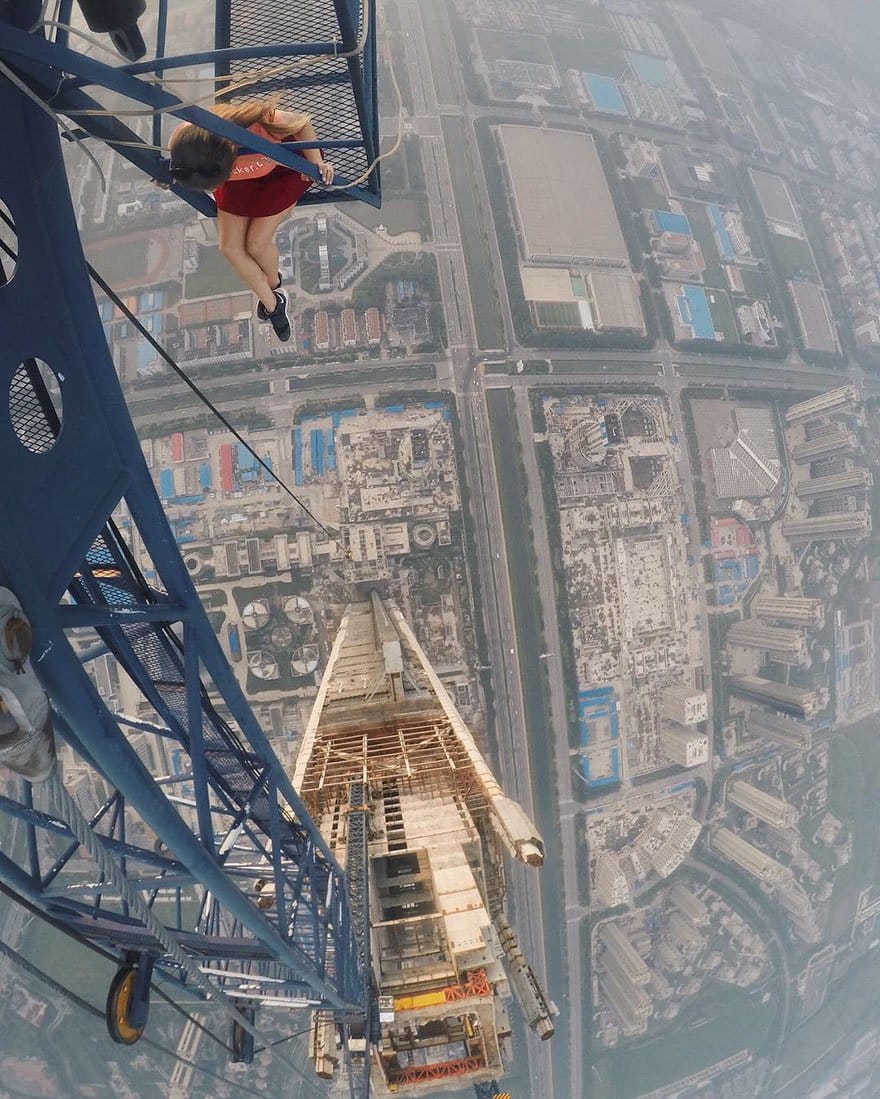 And she makes it look so easy! 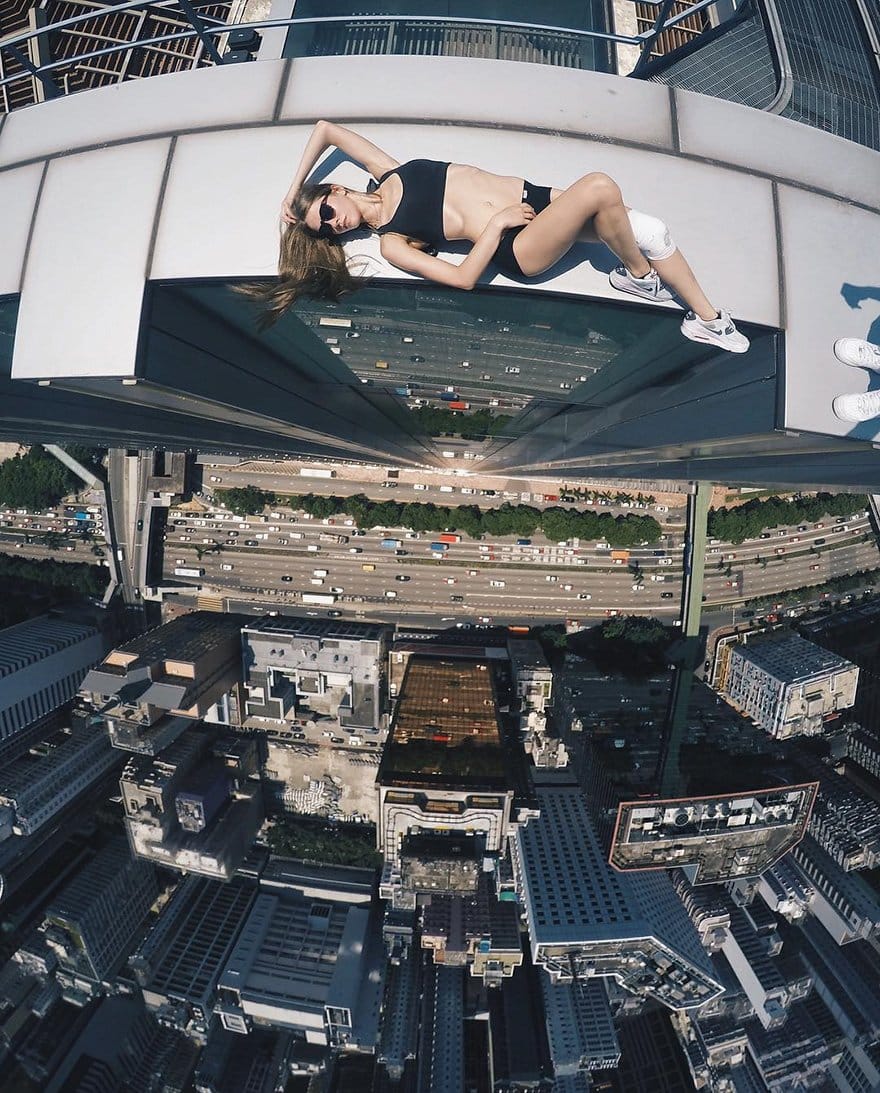 She’s not alone in her high-risk selfie game, though. She also invites some of her friends to come with her atop buildings.

Because dangerous selfies are more fun with friends! 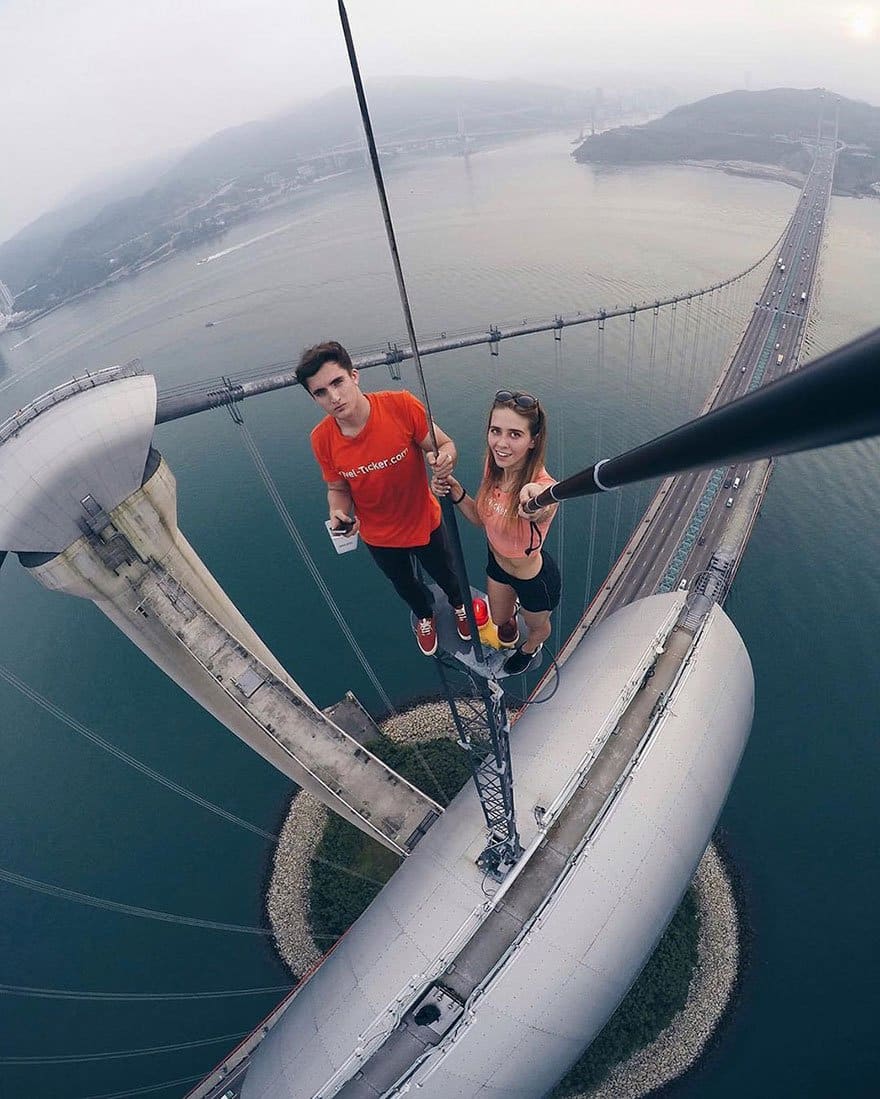 But sometimes, when she’s feeling romantic, she brings her boyfriend along with her.

Love from high up. 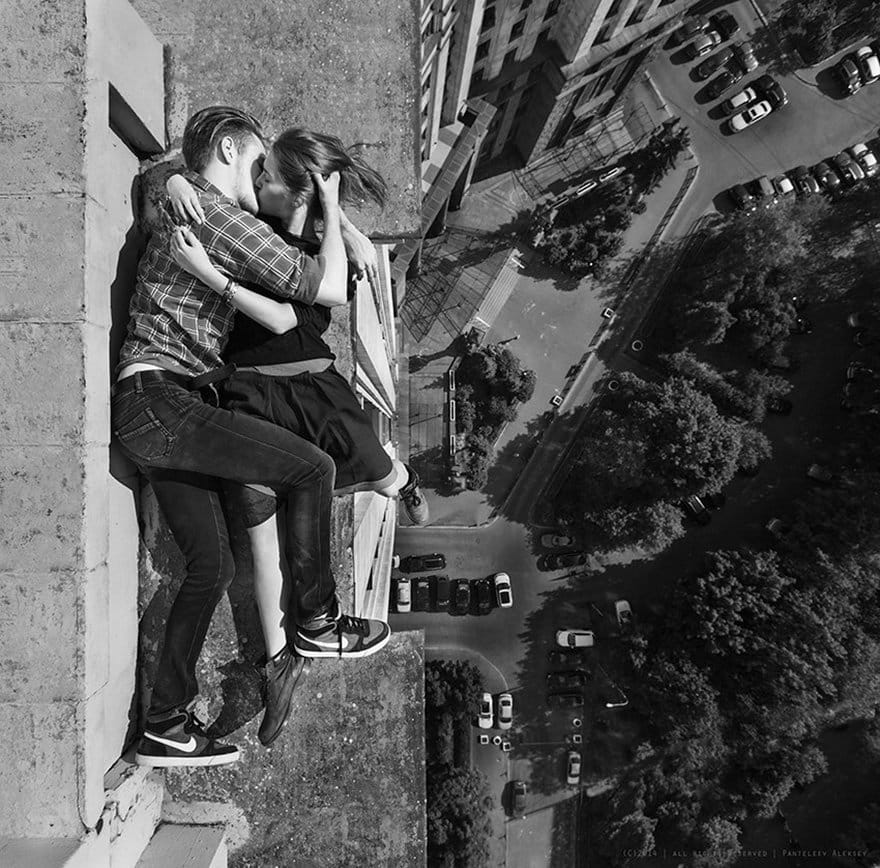 There are some cases where it seems practically impossible for her to be where she is. Like this photo below that makes you wonder just how she got up there!

How did she get up there?! 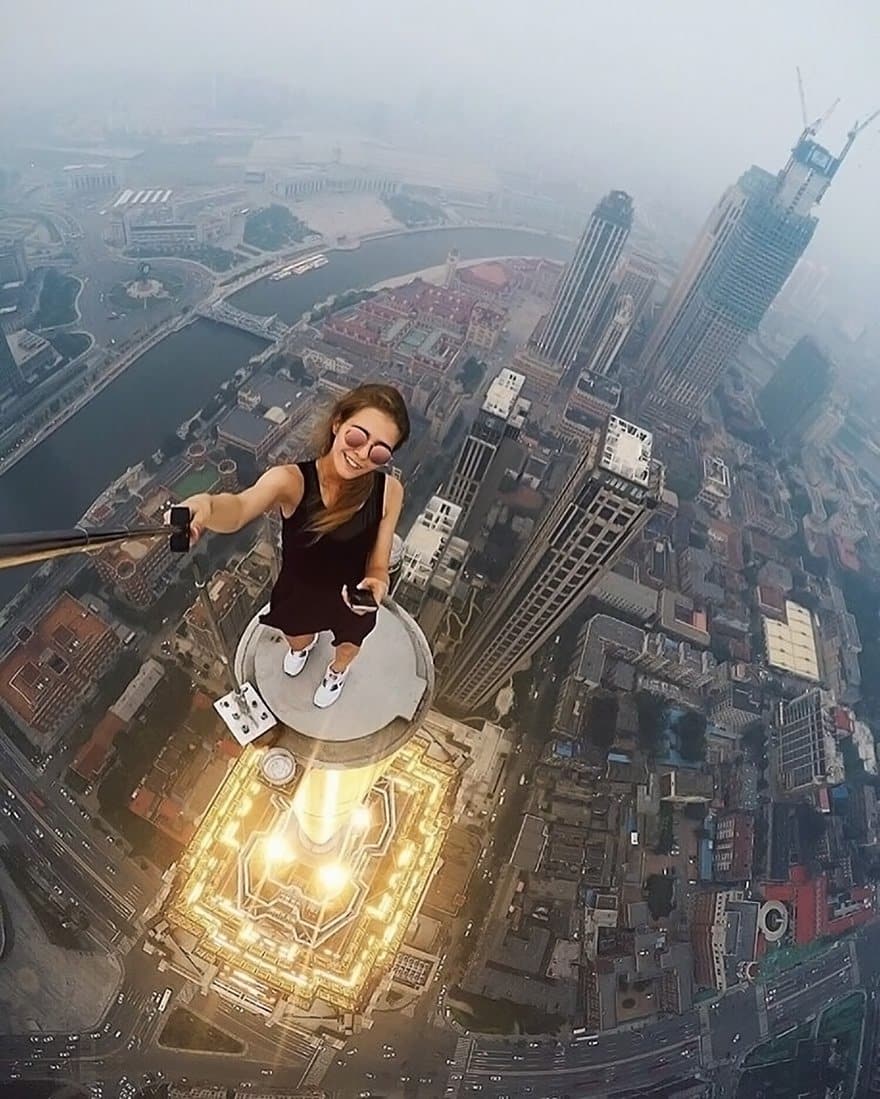 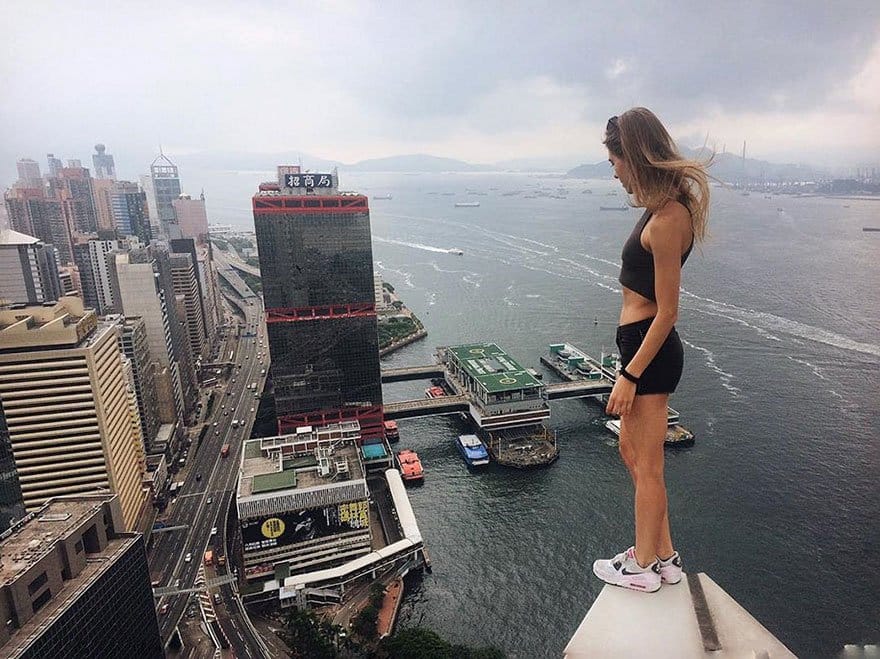 How’d she know exactly where to take this perfect shot? 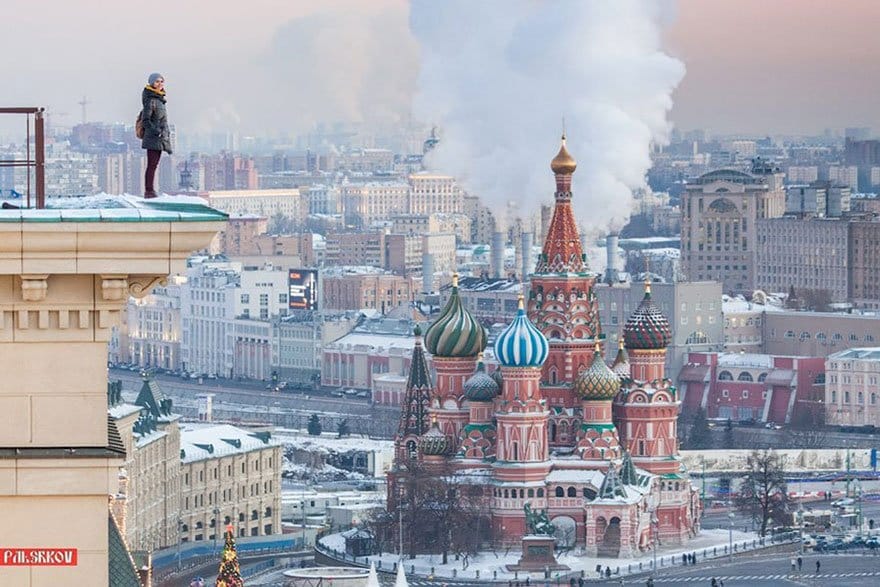 And she’s not just standing there looking pretty in her photos. Angela also strikes daring poses that really make you hope there’s a net down below to catch her.

One wrong step is all it takes… 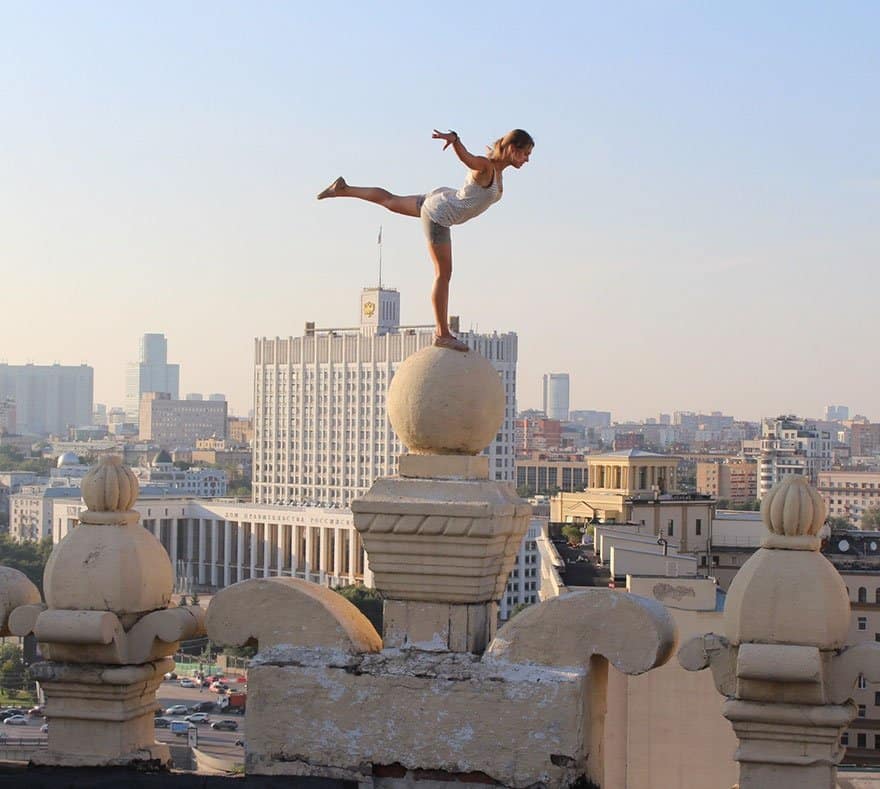 But sometimes, she’ll also go for just donning a lovely, billowy dress to catch the breeze on top of whatever structure she’s daring to climb.

Dressed for the occasion. 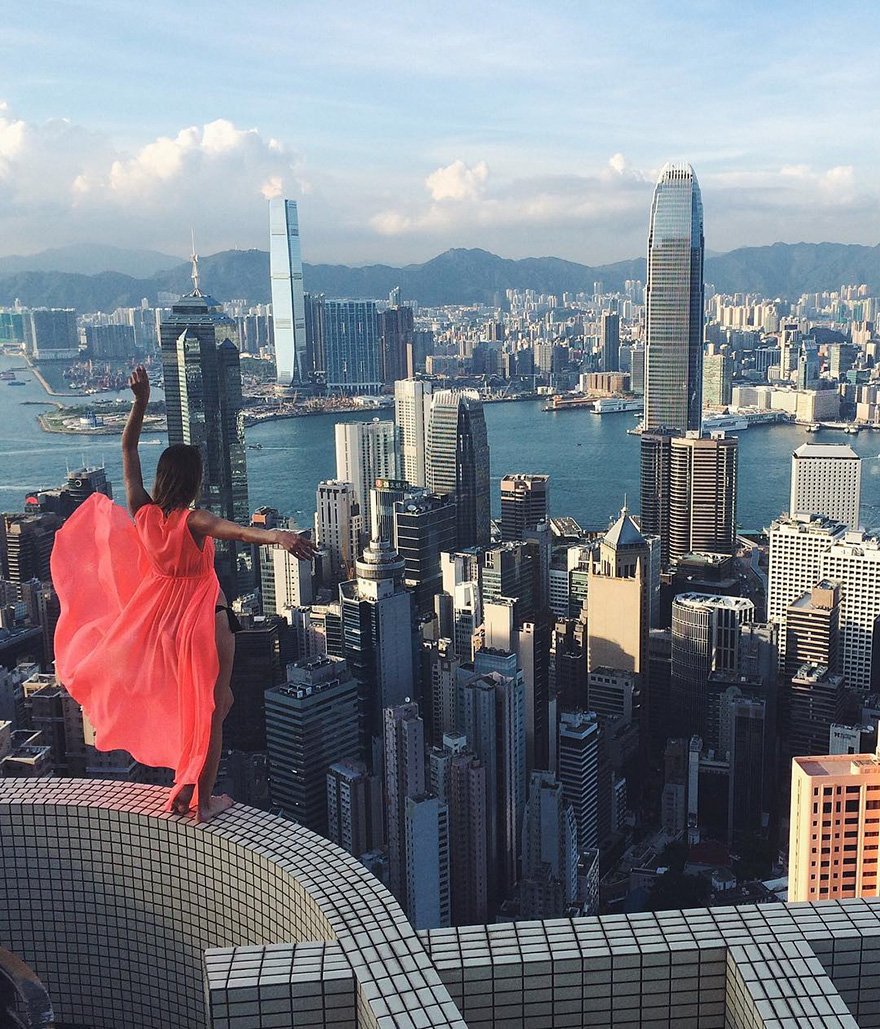 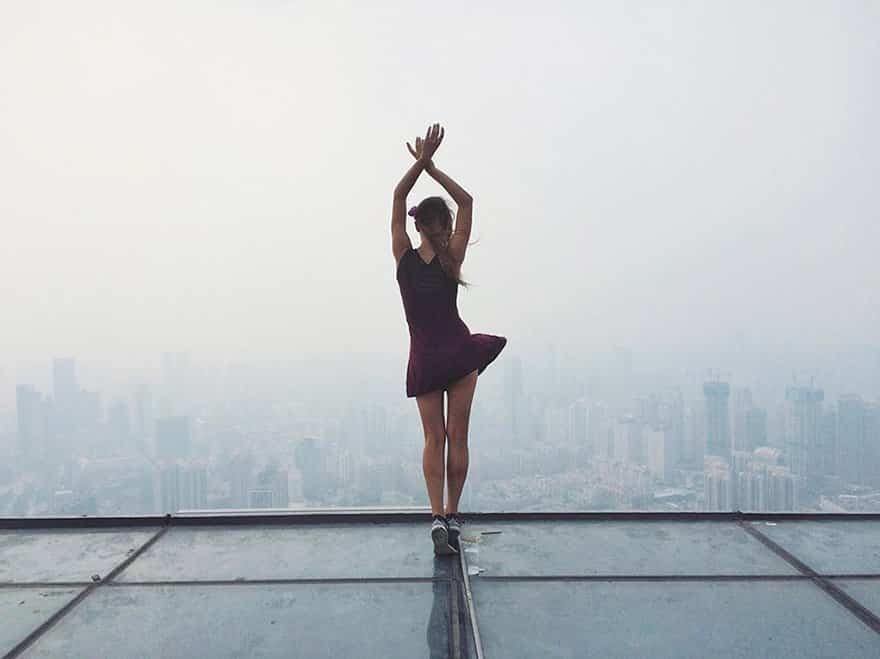 The only problem with these daredevil selfies that have been made popular by the Russian youth is that many of them don’t have permission to be up there in the first place. In fact, they might even be arrested for trespassing.

Permit or no, Angela’s gonna take that shot. 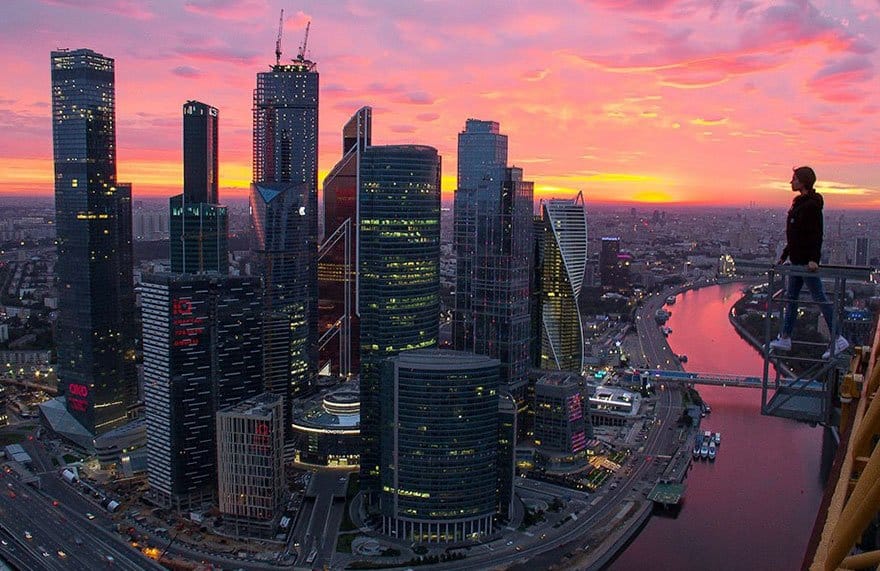 But that doesn’t seem to deter them because these risky selfies are just getting more and more popular.

So to Angela Nikolau and her crew, all we can say is be careful up there!

And to all our readers, don’t try this at home!