Who wouldn’t do anything for money? As desperate as it may sound, most probably nine out of 10 would definitely do anything crazy in exchange of a bag of pennies. But given the public humility and ridicule, will your pride and dignity still come with a price tag?

Apparently, not all shares the same sentiments with regards to money matters. This is most certainly true for a random guy who single-handedly knocked out a rich 16-year-old Russian kid after being offered of $305 in exchange of a glass of his own urine.

Random guy knocked out a rich kid after being offered $305 if he drinks his own urine. 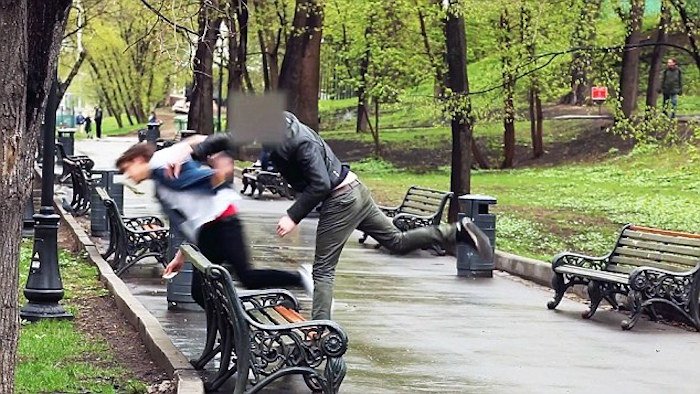 Apparently, Grigory Mamurin, grandson of multi-millionaire property developer and media magnate Igor Neklyudov, has been producing short reality scraps for entertainment purposes. Obviously, the Netizens have their own flavors and his videos are not hitting its expected ratings, at least for their approval’s sake. 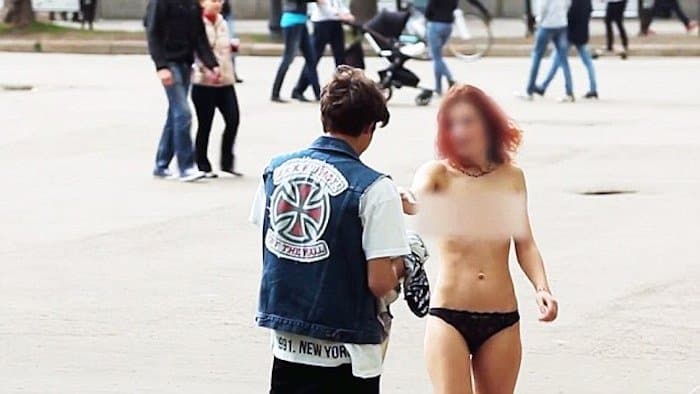 Moments after, Mamurin was caught negotiating with a random girl to strip naked for 15,000 Roubles ($300) of which she immediately obliged to without any hesitations. Piece by piece, the liberating woman took her clothes off including her bra then ramped on the invisible stage of topless fashion show. Another segment of his prank included homeless men eating caviar in exchange of a certain amount.

Another segment of his prank included homeless men eating caviar in exchange of a certain amount. 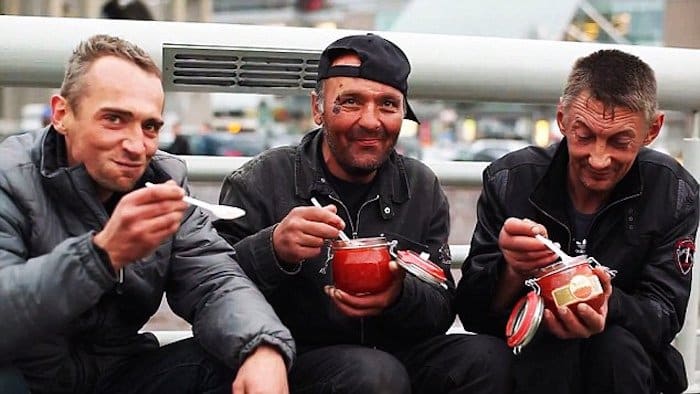 Much as his videos created an outrage from its viewers including his grandfather, Mamurin insisted on being positive on his production career and promised to release more videos depicting reality including a girl licking his boots from one end to the other for 10,000 roubles’ ($200).

Meanwhile, Mamurin is determined to produce more videos and prove that nothing is pure negative on his agenda. “I don’t understand why people are so negative about me. We have seen similar shows on MTV, various practical jokes. I can say that every fourth person agreed to do something crazy like this. The video is genuine. I should have been at least Spielberg to stage something like this. I don’t want to prove anything to anybody. I did not expect it to become such an online bomb. But it did work. My granddad got to know and father and mother.I should say they do not approve of it. But they don’t stop me. I can go on with this project. This is a rule in our family – even if you do not approve of something, you must respect what the others do”, said Mamurin.

Much as his videos reached an outrage from its viewers including his grandfather, Mamurin insisted on being positive on his production career and promised to release more videos depicting reality.