Homeless people are often regarded as useless beings who cannot contribute anything positive to the society. They tend to loiter around, scavenge some food in the trash or burden other people with their rather unattractive presence. It seems as if they cannot do anything right — or so we thought.

In Atlanta, a task force shelter that houses homeless people believe that these people can still do great things. Hence, they devised programs to prepare them for real life outside the shelter through various job training initiatives. One of these programs is creating a rooftop garden where residents can learn and develop skills in planting and help the community through their organic produce at the same time.

“It is important to share and train residents in green technology that we are involved in because poor and homeless people are being left out of the green development that we see burgeoning in our community,” Anita Beaty, executive director of Metro Atlanta Task Force, told Atlanta Progressive News.

The rooftop garden was first established in 2009. 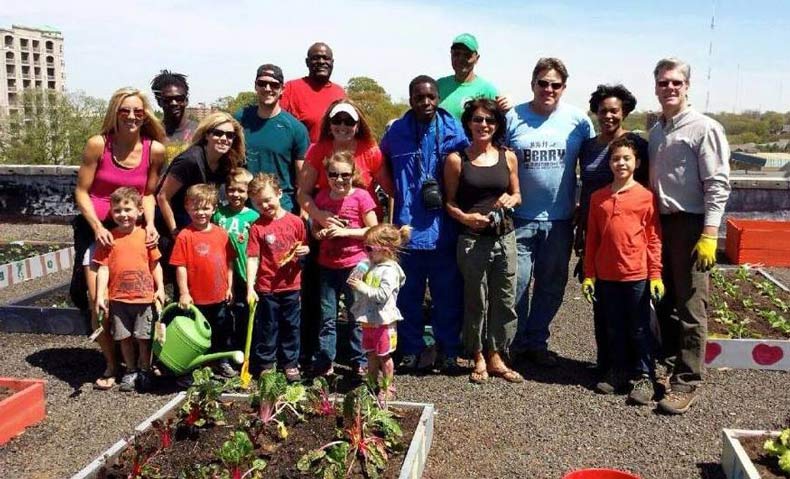 The garden was created  in order to educate homeless people regarding the processes of food production using sustainable technologies in the urban setting. Aside from that, the residents are also given the opportunity to help provide food for the residents of the shelter.

“The idea is to produce enough to feed the residents something green and healthy daily,” Carl Hartrampf, a board member who manages all aspects of the garden, told Vice.

The rooftop garden is composed of 80 garden beds. 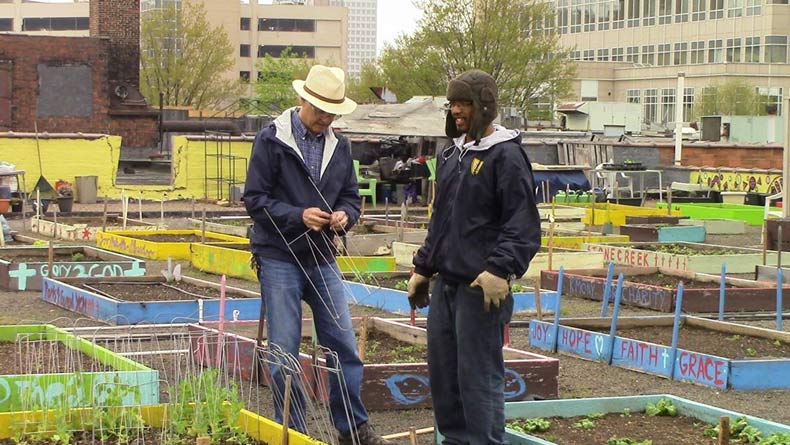 Vegetables planted in the garden include kale, carrots, squash, and many others. During the initial harvest, the garden was able to produce about 55 pounds of food products.

A good complete meal is up for picking every day in the garden. 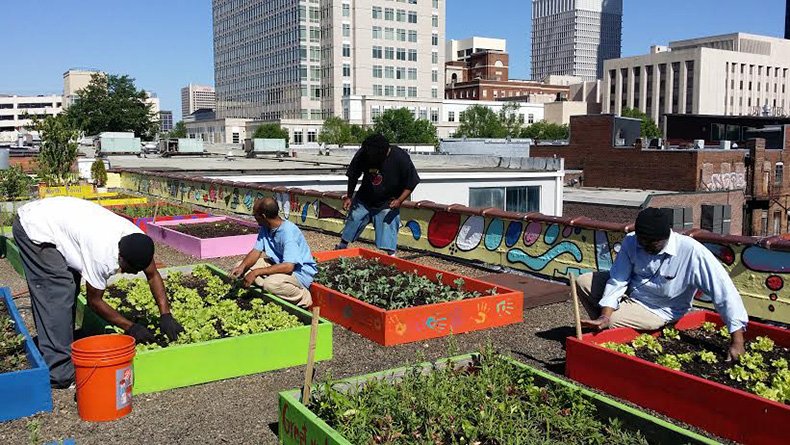 With this, the shelter is able to help people develop their gardening skills for a possible future job, contribute to nature’s beautification, and encourage people to eat healthy.

“Everything we do here involves residents,” Beaty told APN. “They get job training and every job is preparation for a job outside.”

Aside from the rooftop garden, The Metro Atlanta Task Force also offers various programs such as transitional housing program and a 24-hour assistance hotline among many others — all for the benefit of the homeless.