For the past year, the continuing terrorist activities of extremist group ISIS has tainted the reputation of our Muslim brothers and sisters all over the world. Some of us may have developed negative impressions or discrimination with the followers of Islam. But we must understand that not all Muslims support ISIS nor are in line with their beliefs. In fact, even Muslims themselves abhor the practices of ISIS and it will take a whole lot of convincing for them to take up arms and join them. See for yourself the witty replies and hilarious tweets of some Muslims in a tweet calling all Muslims to take up arms and join ISIS. 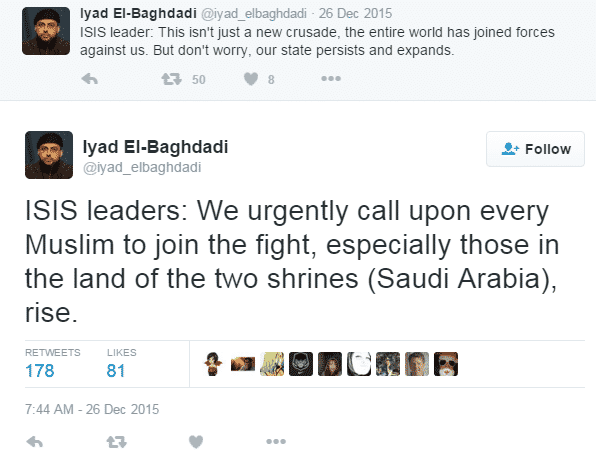 Well some of them had their reasons and priorities… 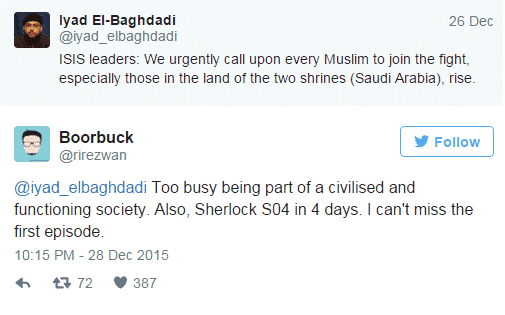 We totally agree! Who would want to miss out on Benedict Cumberbatch?

It’s kinda hard to miss an episode of a tv series you know!

The Star Wars fandom has waited 10 years from Revenge of the Sith in 2005 and finally The Force Awakens last 2015, so this is totally understandable… like very very understandable! 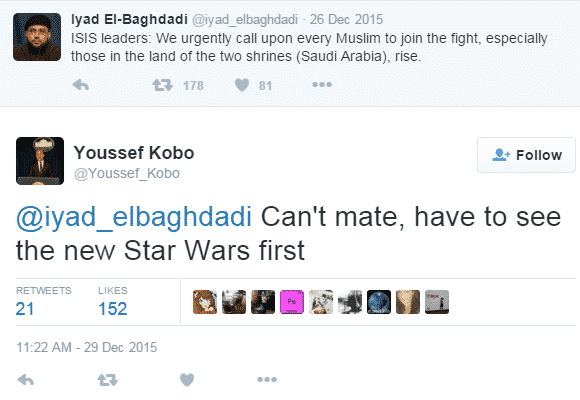 You know nothing, ISIS! Hodor agrees. 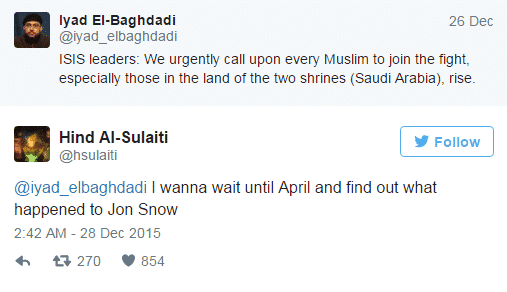 Well so far it looks like America and Europe has launched TV shows and celebrities that are so destructive to building up ISIS’s supporter base. It’s a strategy working so far! But aside from TV series and shows, ISIS is facing the threat of food winning over its possible supporters too. 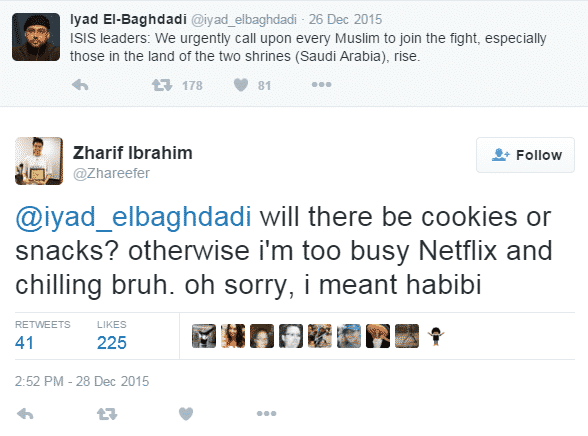 We won’t let a Big Mac go spoil itself too! 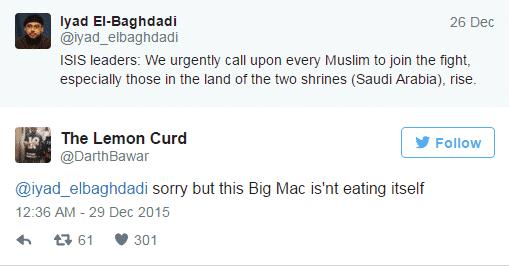 If only ISIS offers jam-making classes… 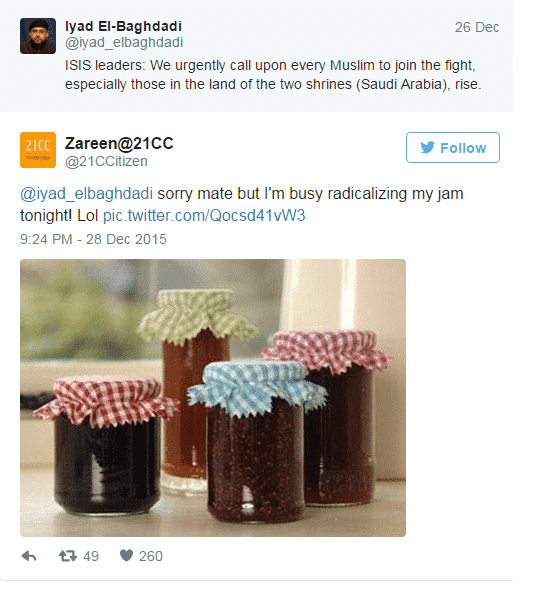 On the other hand, some are just being good citizens and good Muslims! We hope the ISIS leader understands why they can’t join.

She just doesn’t want to be grounded y’know 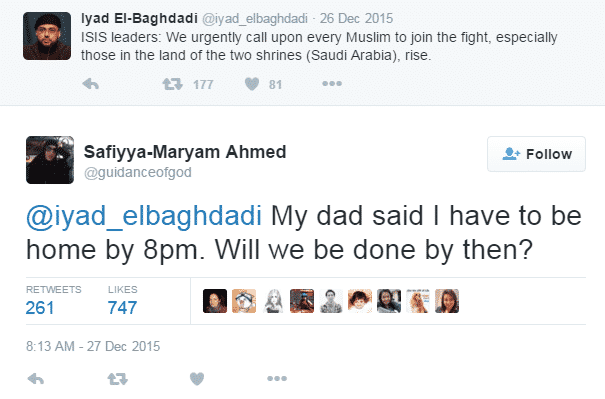 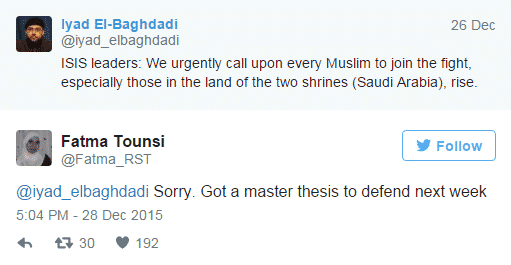 We’re sure Islam is all about selflesness. We’re not sure about what he meant with goat teeth though. 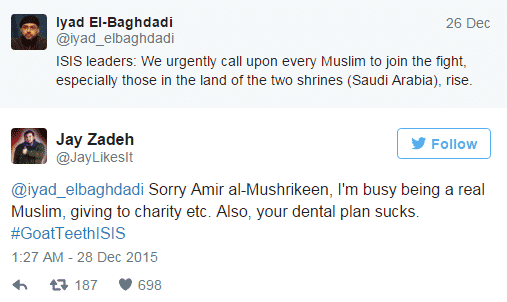 He has the Qur’an to back him up. 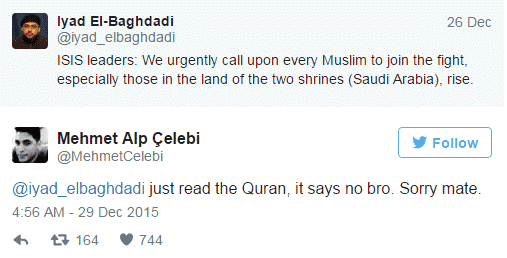 And while one twitter user mistaken Iyad El-Baghdadi as the ISIS leader (which again we reiterate he is not related to Abu Bakr al-Baghdadi), Iyad had the funniest response and reveals something about the ISIS leader… 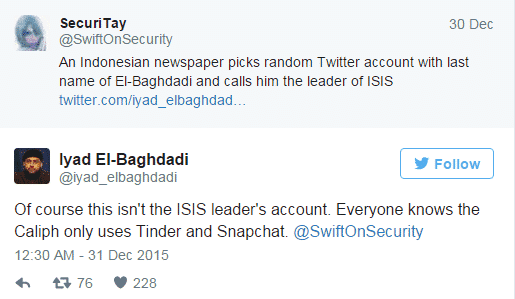 What do you think of our Muslim brethren’s funny retaliation against ISIS? Well one thing we want to ask of everyone, STOP THE HATE, SHARE THE LOVE
(and share this post too!) 🙂