Is it an Egyptian statue? Is it made of granite? No, it isn’t! It’s a rare dog that somehow resembles the Egyptian god Anubis and is going viral for its chiseled good looks.

Piper is a Xoloitzcuintli or Xolo for short but the breed is commonly referred to as the Mexican Hairless Dog. The gorgeous pup belongs to Sandra Pineda of Quezon City, Philippines, who shared the amazing photo of her beloved pet. Little did Sandra know that Piper would take the internet by storm because people were convinced that the pooch was a statue.

This is a rare dog, not a statue.

“They just couldn’t believe that she was a real dog. I guess I’m so used to her I don’t see it as much as other people, but my friends and family told me they can definitely see it. It’s actually really flattering to think that my beautiful dog could be mistaken for a work of art.”

Several people have noted that Piper resembles the Egyptian god Anubis who is the protector of the gates to the Underworld. Little did they know that they were looking at the real-life version of the adorable Dante in the animated hit Coco.

Dante the xolo with Miguel in the Pixar film ‘Coco’. 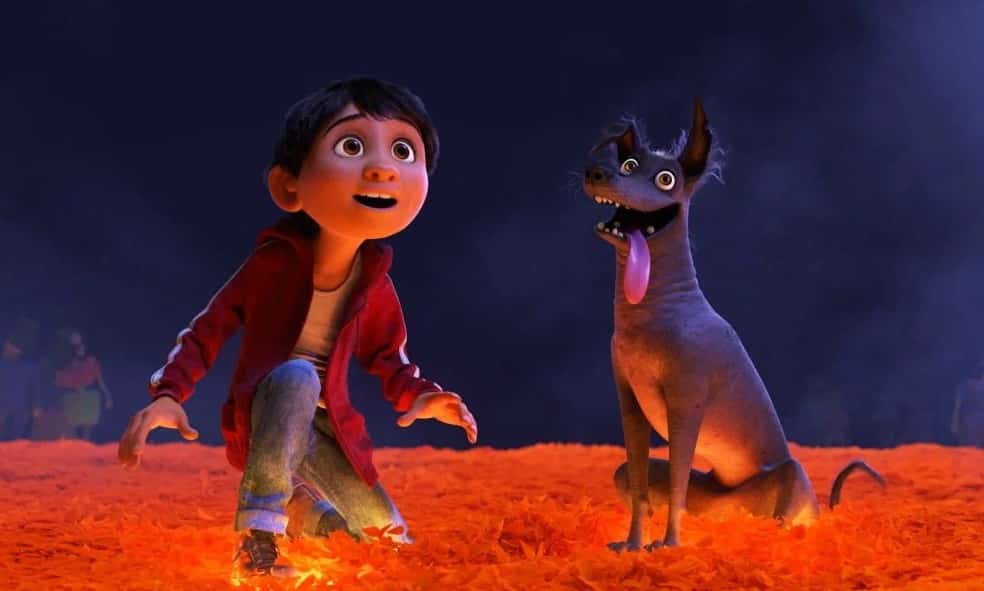 Piper’s skin requires constant moisturization, which explains why she is always glistening.

The Xoloitzcuintli is an ancient breed dating back to 3,500 years and were kept by the Aztec and Maya. Mexican artist Frida Kahlo kept several xolos and they are often depicted in her paintings. Although they are commonly found in Mexico, the xolos are rare outside the country.

She might not be a statue but Piper does require a bit of polishing. Sandra shared that she regularly moisturizes the pooch’s bare skin with virgin coconut oil. In addition to that, Piper requires sunscreen whenever she goes outdoors.

My special talent is glistening in the moonlight ✨

I think this is my best angle 🤗