Somewhere in Colombia lies Caño Cristales, the most breathtaking river you’ll ever see. For six months every year, the river showcases a beautiful combination of colors – yellow, red, blue, green, and black.

Columbian journalist Andres Hurtado Garcia couldn’t have said it better when he called it:

“The most beautiful river in the world. The river where the rainbow went to die. The river that escaped from Paradise. The river of five colors.”

Caño Cristales is the world’s most mesmerizing river. 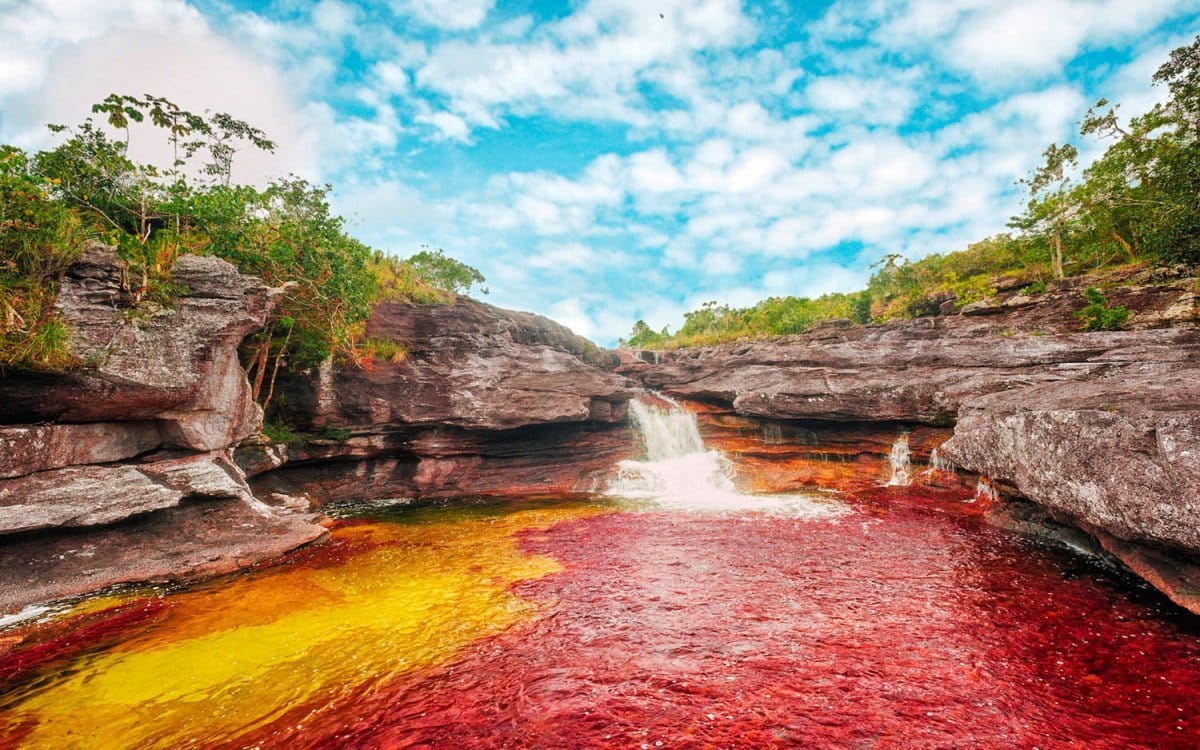 The magical river is located at the Guiana Shield rock formation, which was formed 1.2 billion years ago and is considered one of the oldest geological formations on the planet, pre-dating the Andes. It lies under Venezuela, Brazil, and Columbia, and its tropical forests contain 15 percent of the Earth’s freshwater reserves. Part of this 15 percent flows in the Caño Cristales that runs through the Serrania de la Macarena province of Meta.

For six months every year, it showcases different colors. 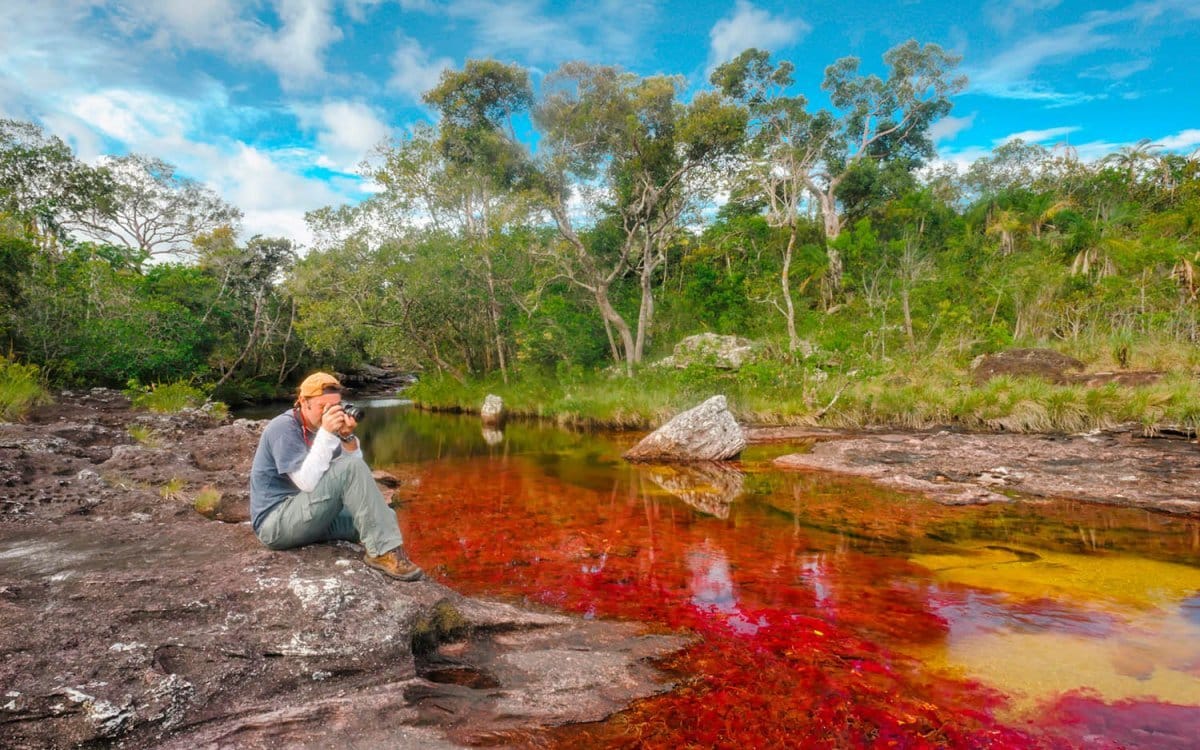 The river has been mentioned in countless lists of places you need to see before you die, and for good reason. Its carpet of colors can really blow you away. At the end of Colombia’s rainy season in July, the water level drops and creates the best conditions for the aquatic plant macarenia clavigera to bloom. The red and fuchsia tones are most vibrant between September and November.

The aquatic plant that flowers in the river are responsible for the colorful display. 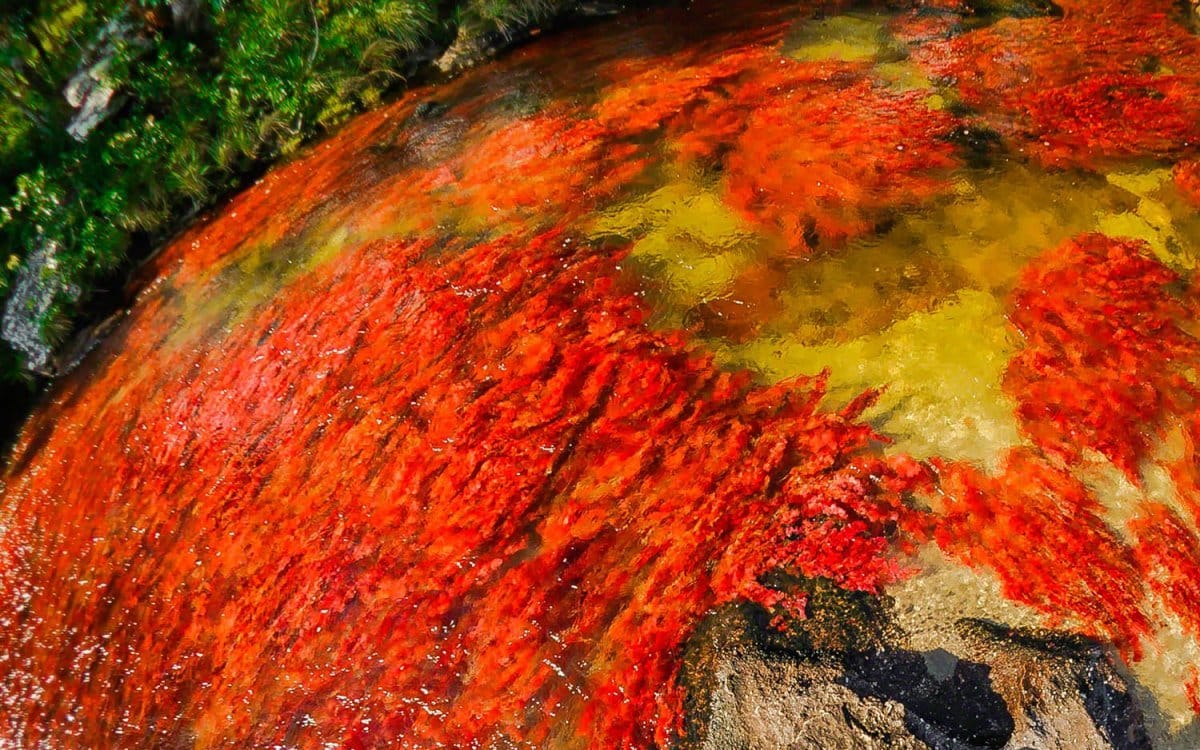 The river is part of the Sierra de la Macarena National Natural Park, which was established in 1971. It is open from July to November, but access to the river has been limited to 20 visitors per day to make sure the surroundings are preserved and protected.

Access to the river is limited to make sure the area is protected and preserved. 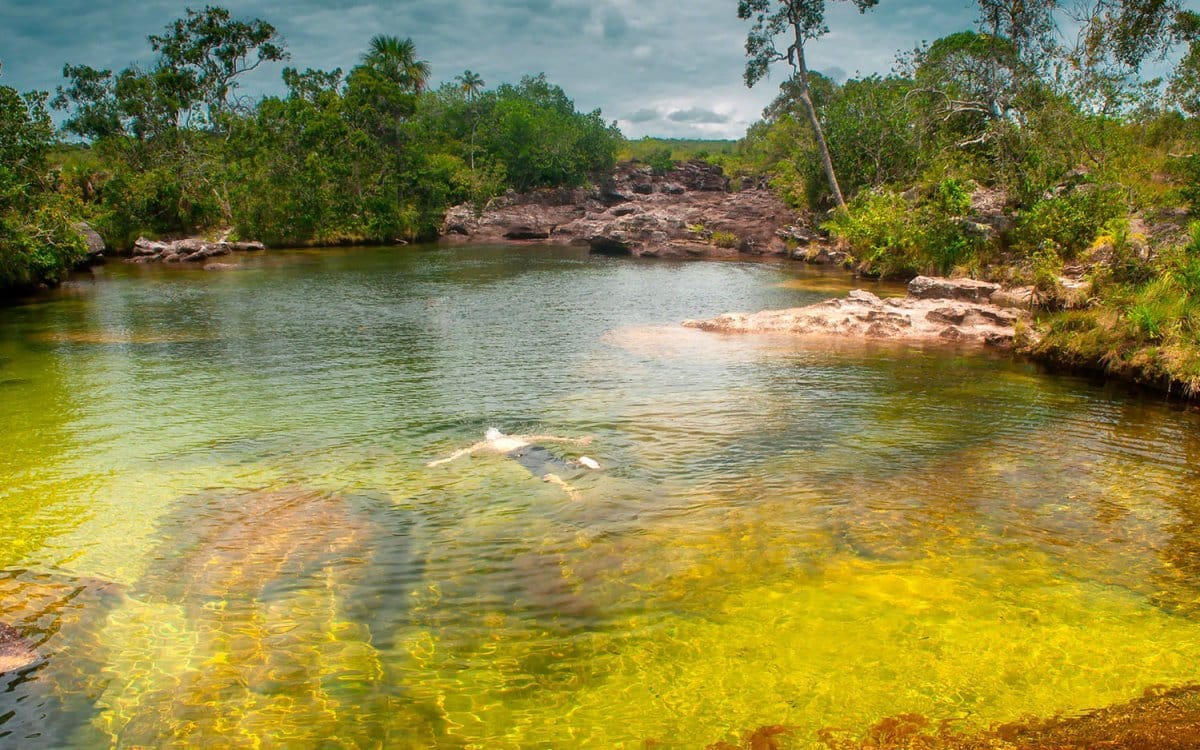 According to Colombia’s Ministry of the Environment:

“The river is the environmental symbol of the nation, a place where the Orinoco, the Amazon rain forest and the Andean forests converge, in one of the oldest ecological places of interest in South America.”